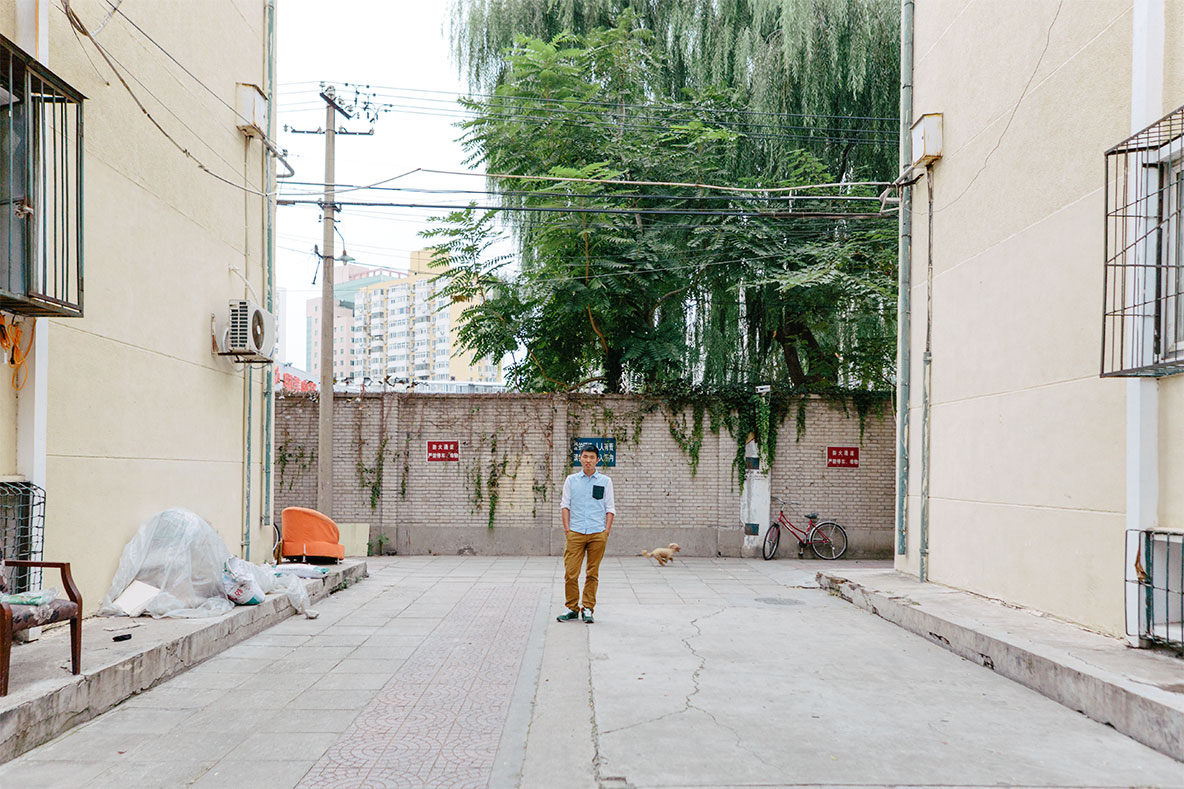 29 year old Fan Popo is a young LGBT filmmaker and gay activist who is based in Beijing. After graduating from the Beijing Film Academy, he made a number of documentaries including: New Beijing, New Marriage (2009), Be a Woman (2011), Mama Rainbow (2012) and The VaChina Monologues (2013). His work has been shown in film festivals around the world, and he is currently in production for his next film Papa Rainbow. 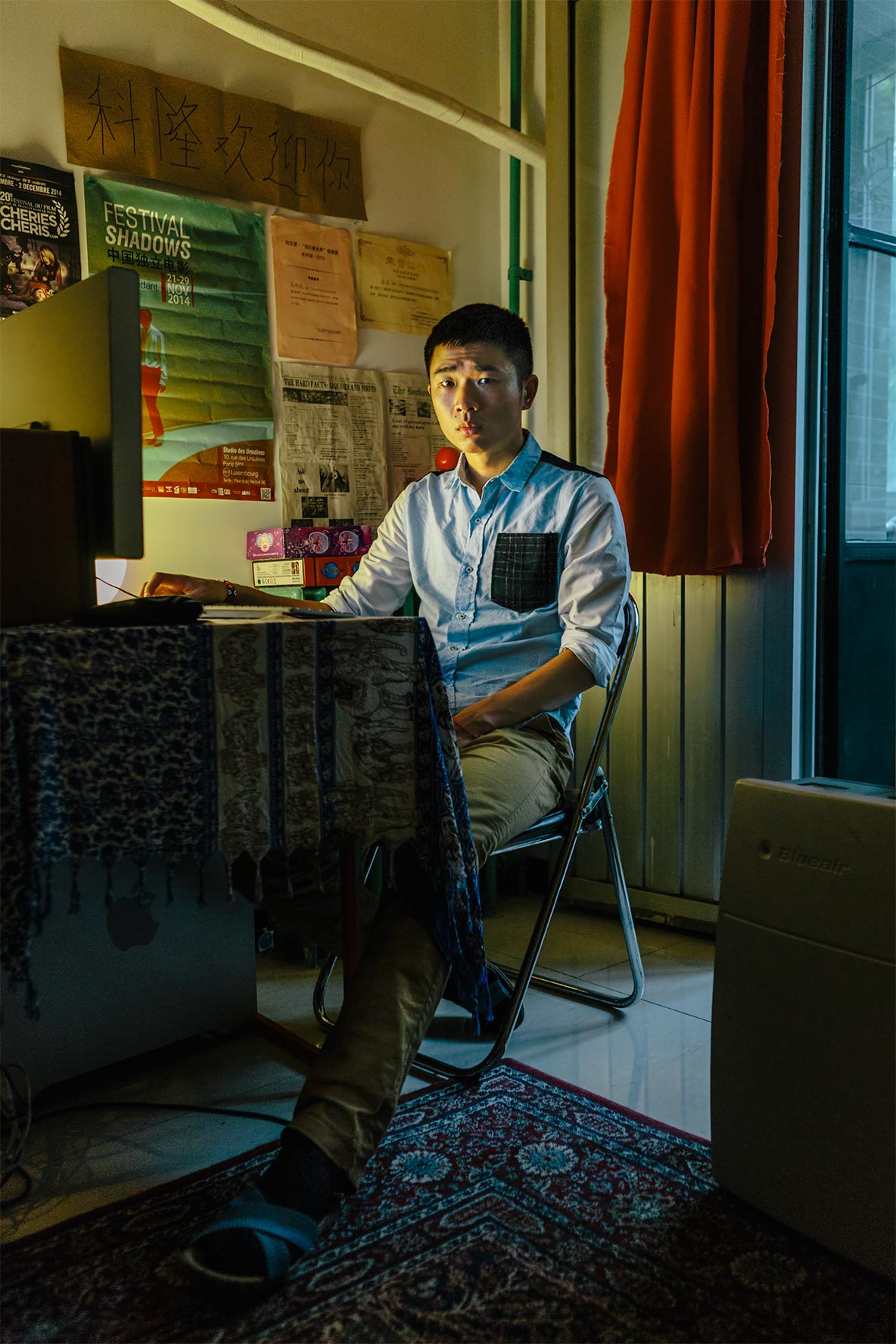 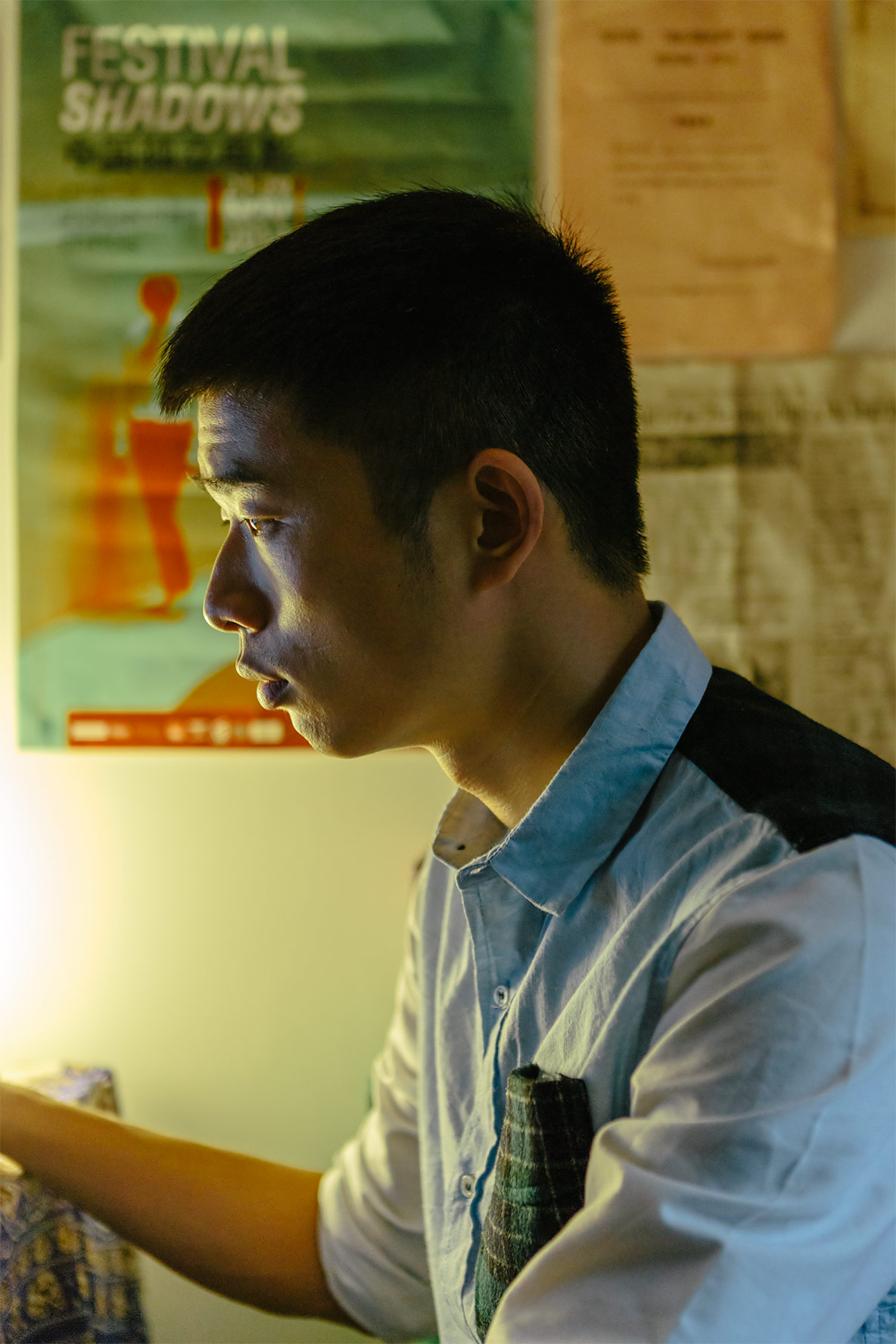 Papa Rainbow focuses on fathers in mainland China and how they interact with their children who have come out. His previous film Mama Rainbow followed six mothers in China and their relationships with their LGBT children. Fan’s Be A Woman (2011) followed local drag queens who worked in a bar in the southern city of Nanning, Guangxi province. Of all of his work so far, his time spent on Be A Woman made the deepest impression on him. Returning again and again to Nanning, he immersed himself in the daily lives of his subjects, gaining their trust and confidence.

After his film was released, the drag queen bar became well known, picking up coverage from multiple media outlets and documentary groups. Fan says, “After watching my film, they all went and produced different stories on the drag queens, with different angles and interpretations, showing them in a different light and making it more interesting. In this way, it was as if my film continued to live on after I finished it, instead of ending the story and just sitting on the shelf.” 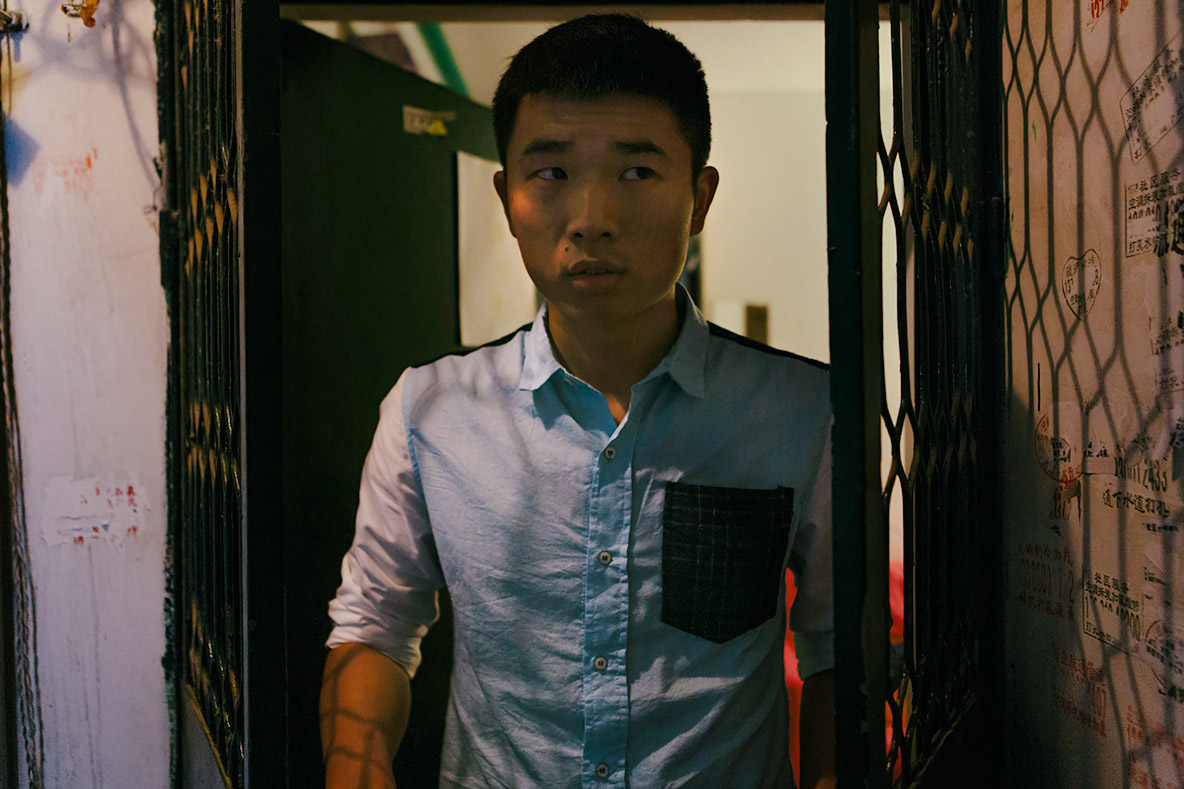 As a kid, Fan preferred to spend his days reading and daydreaming. Growing up in rural Jiangsu province in southern China, his parents were often absent working long days farming and fishing for his family of five. Having no previous experience in filmmaking, he says he got into the Beijing Film Academy because he couldn’t get into other schools with poor math grades. His love of film came later as he started collecting a large number of LGBT movies in film school. 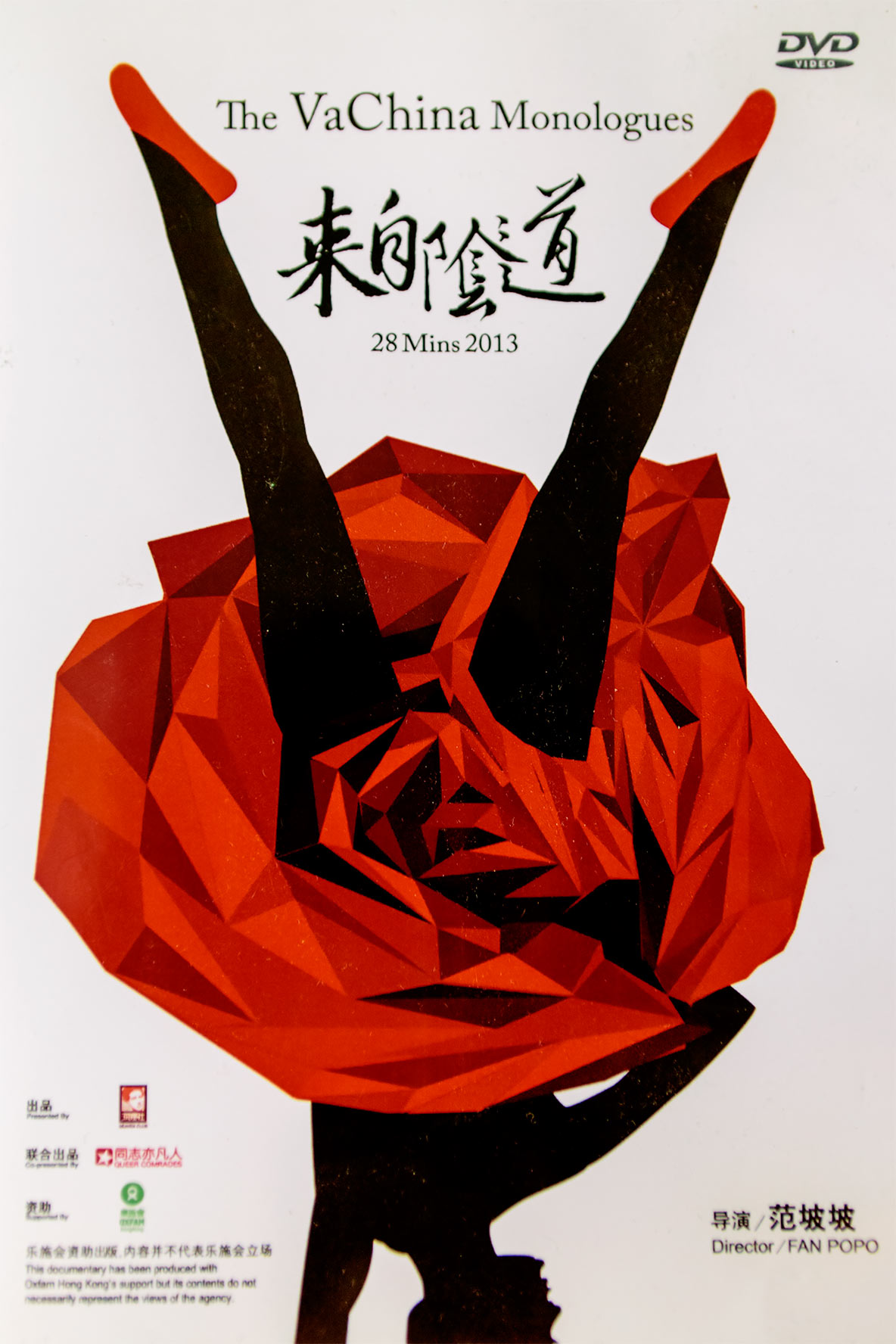 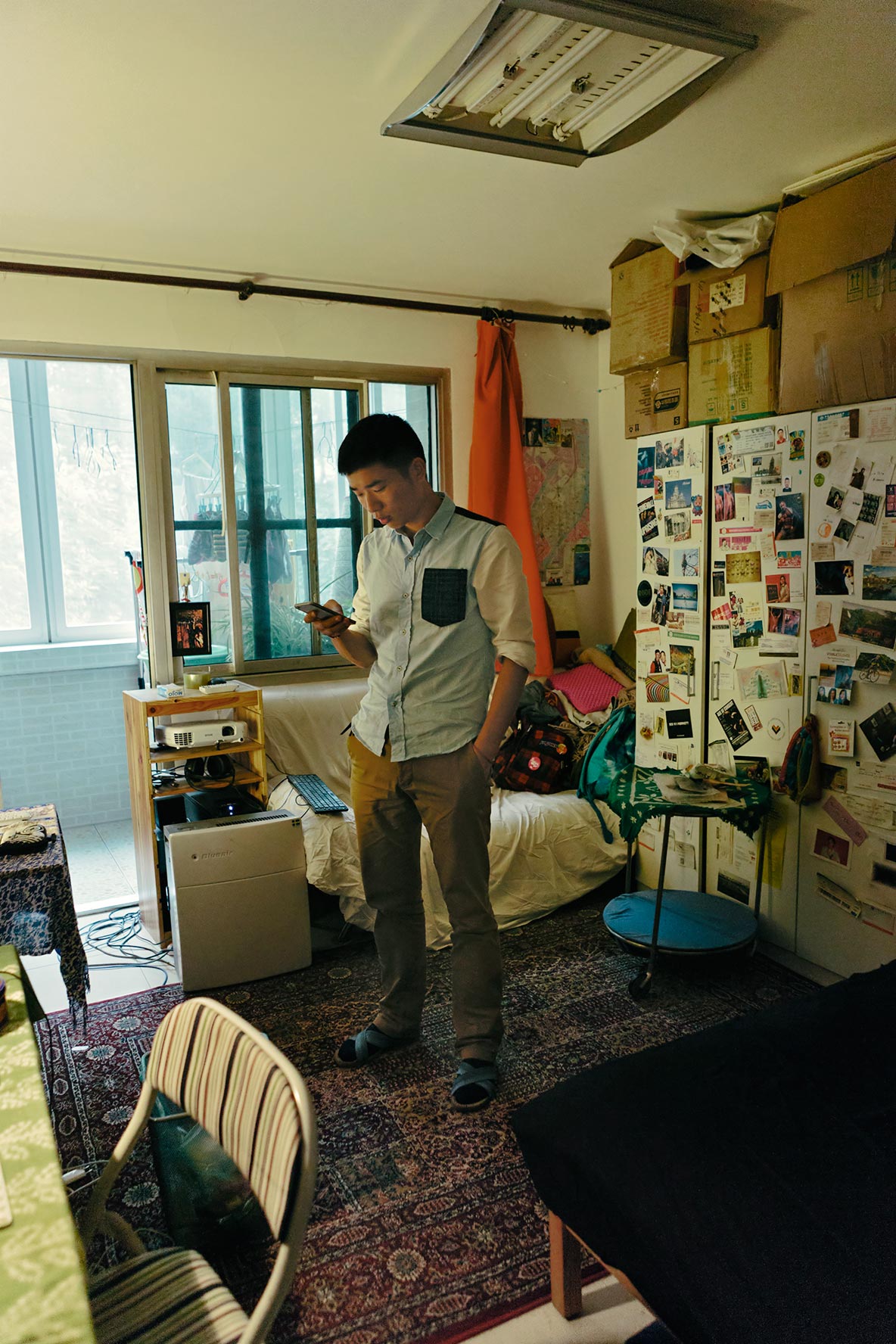 “Watching these films had the power to change people’s minds,” he says after homophobic classmates eventually became supporters of LGBT culture. Before graduating, Fan published the book Happy Together: Complete Record of 100 Queer Films. To date, Fan has made six documentaries, authored one book, and serves as the director of the Beijing Queer Film Festival. 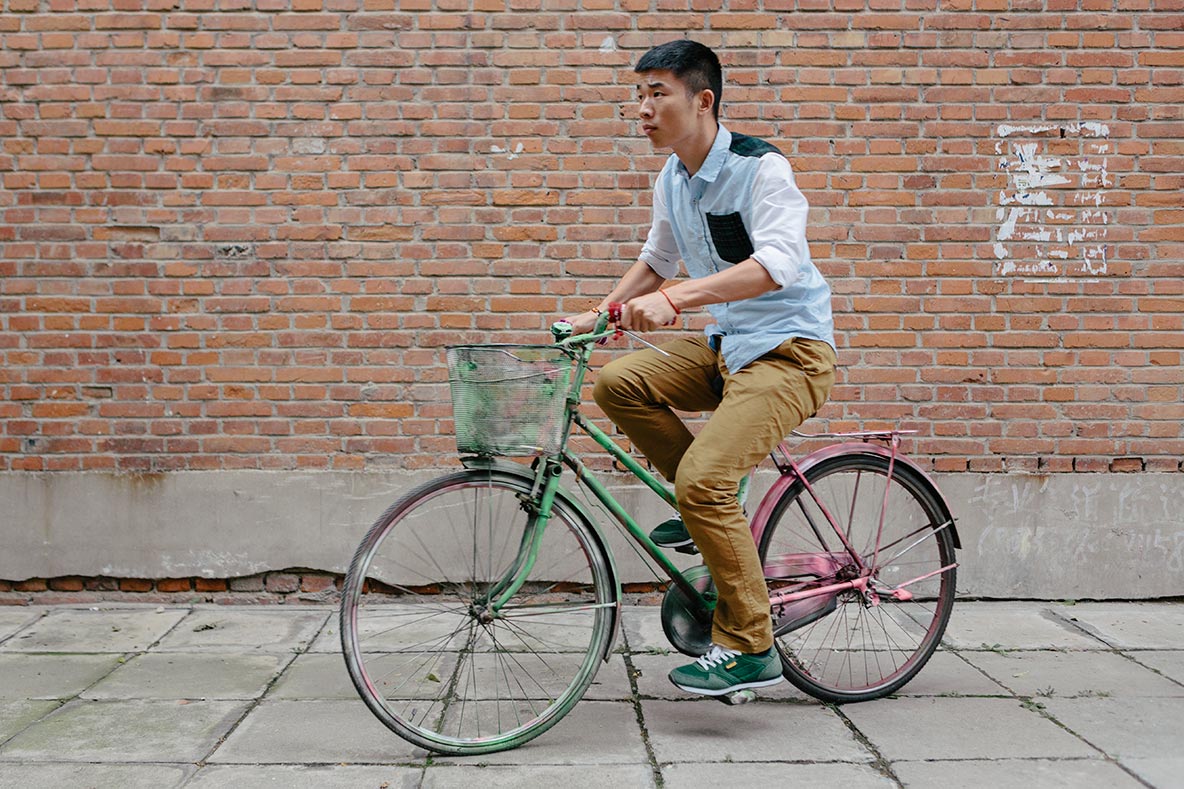 “Films are just films, they’re not as important as living. Film shouldn’t interrupt life.  Film lives as a part of life, but life doesn’t live in a film.” – Fan Popo
“电影仅仅只是电影，它不像生存那样重要，电影不应该妨碍生活。电影存在于生活的一部分，但生活并不是电影。” – 范坡坡 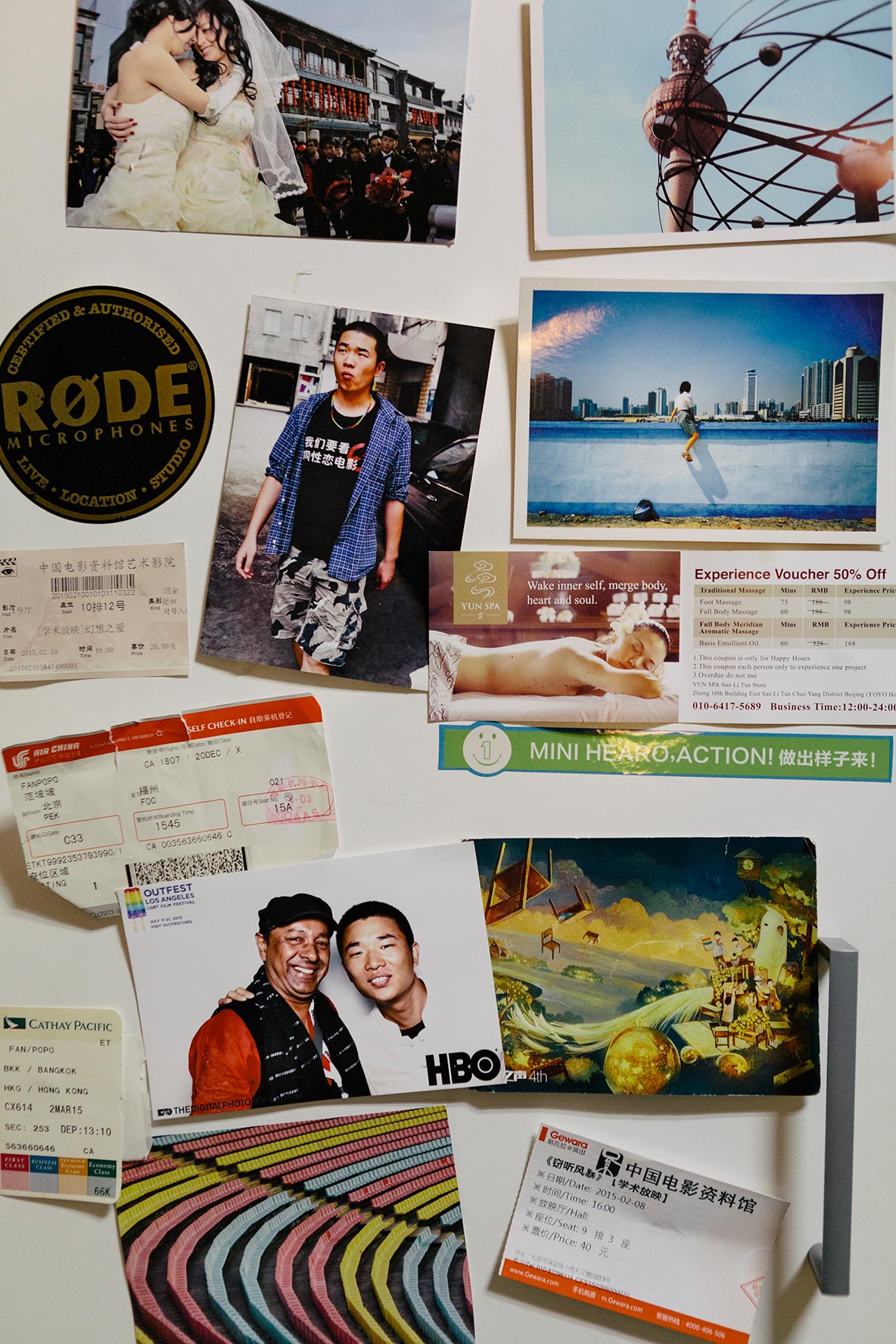 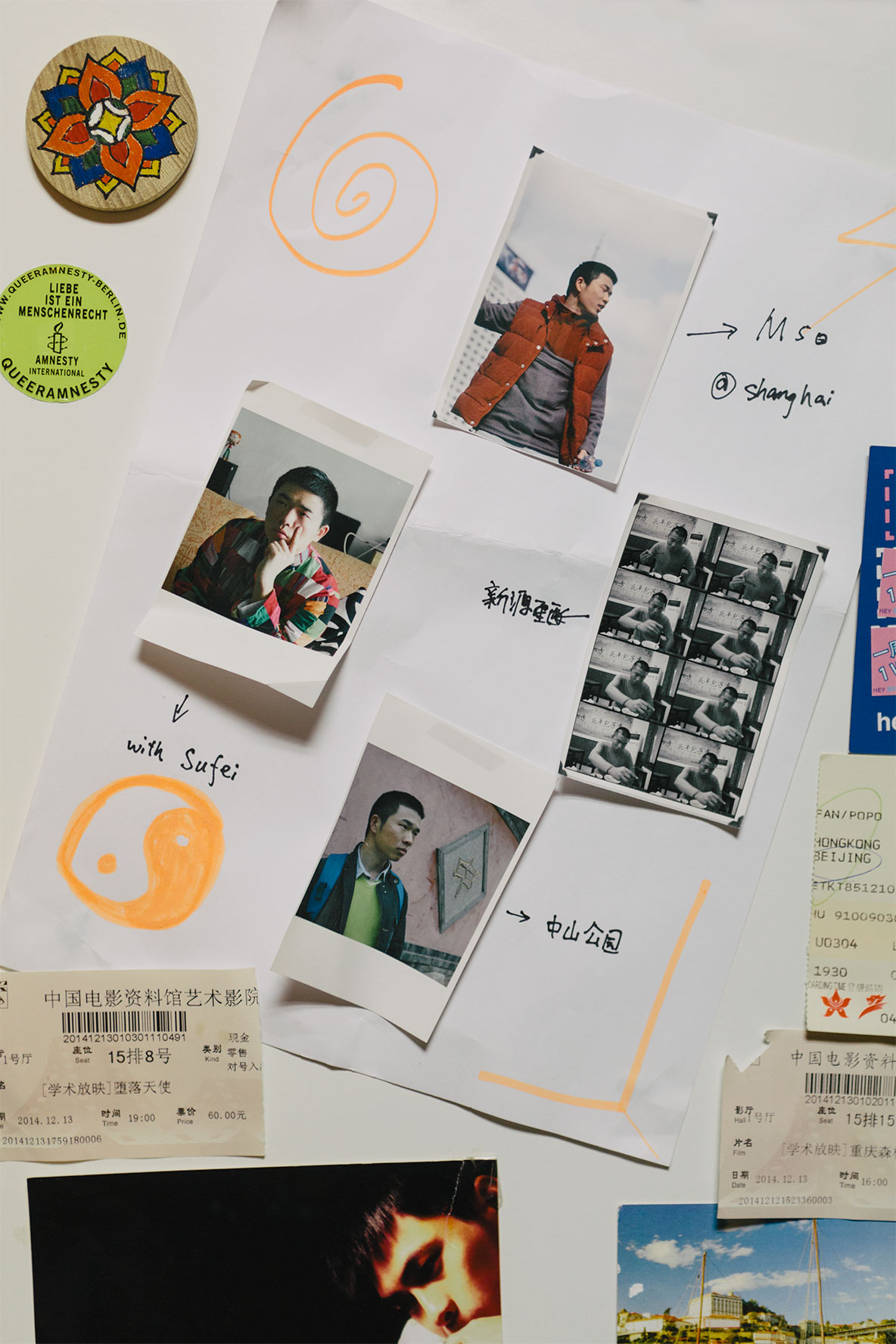 As a full-time filmmaker, Fan is a one-man band of director, cinematographer, and editor. In his early days in low-budget filmmaking, Fan carried his gear in a giant backpack traveling great distances on public transportation. Funding has always been an issue. Every project is self-funded and driven out of his bedroom in a working-class compound near Beijing’s Third Ring Road.

The Beijing Queer Film Festival is similarly guerilla-style. Established in 2001, the festival has survived 13 years of raids, arrests, venue changes, warnings and threats. Despite the difficulties he faces, Fan continues to be prolific and optimistic. “As the LGBT community in China becomes more visible in art and culture, we are slowly leaving the fringes and creating our own space in society.” 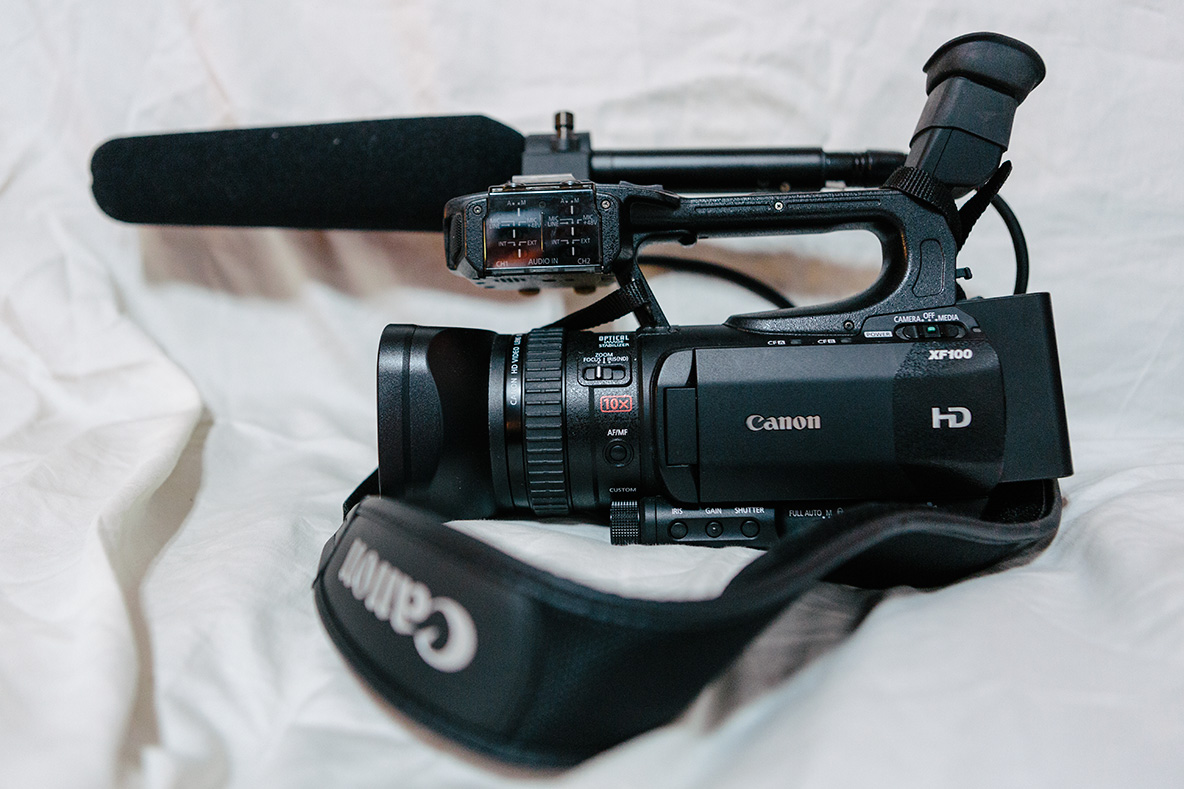 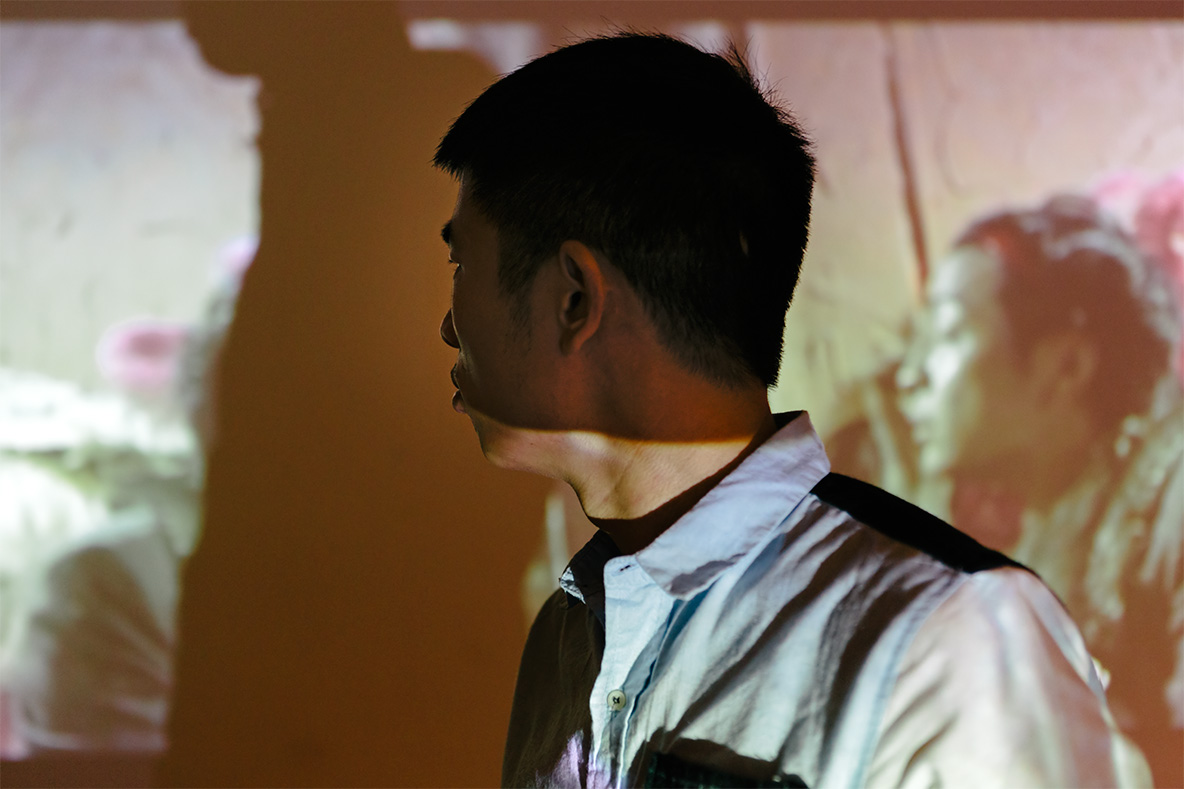 “I love the German director Fassbinder. His stories were always changing and his personality was very theatrical. All of these traits and false layers added together is actually what reveals his true self. This is what is interesting about film to me. You have to watch a lot of films to be able to understand a person or a world.”