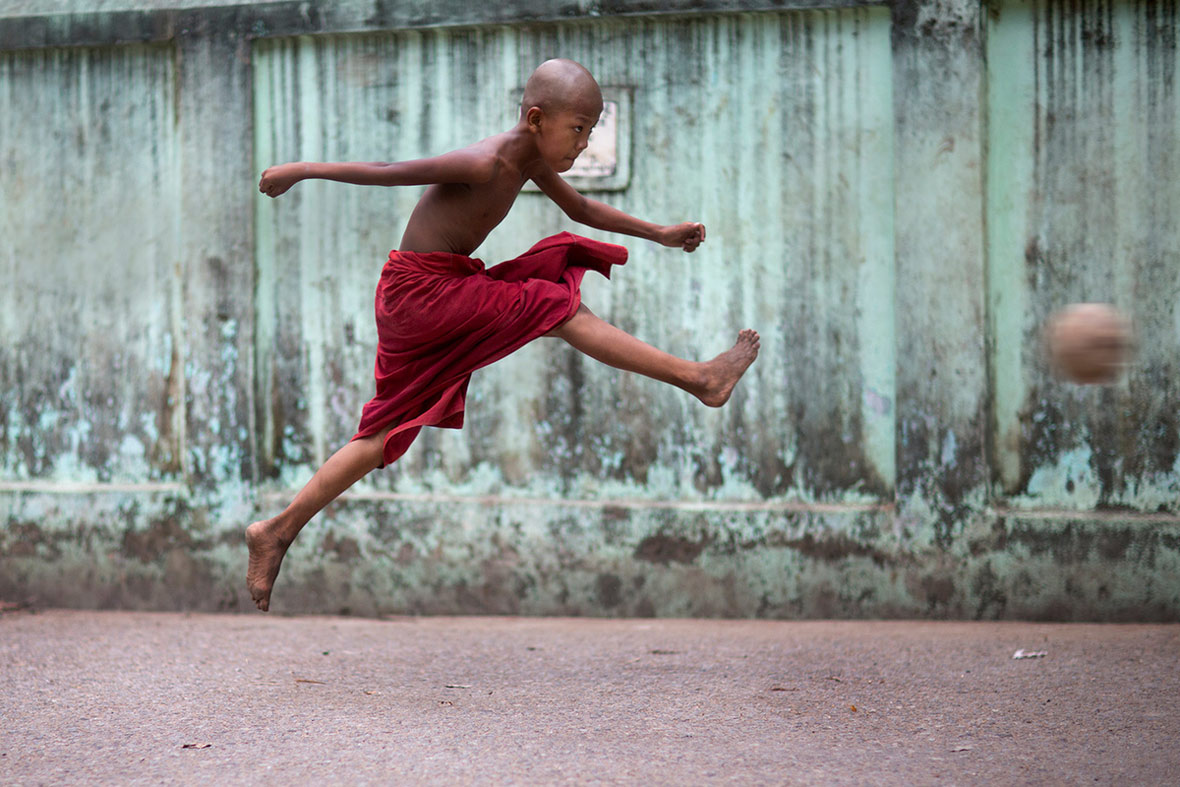 British photographer Tony Burns first became involved with photography in his 20s. Initially for him, it was just a hobby but later he was also given a contract to contribute to Lonely Planet as a freelance travel photographer. Soon after, travel photography became his full-time occupation and, much to his delight, he was travelling almost all of the time. 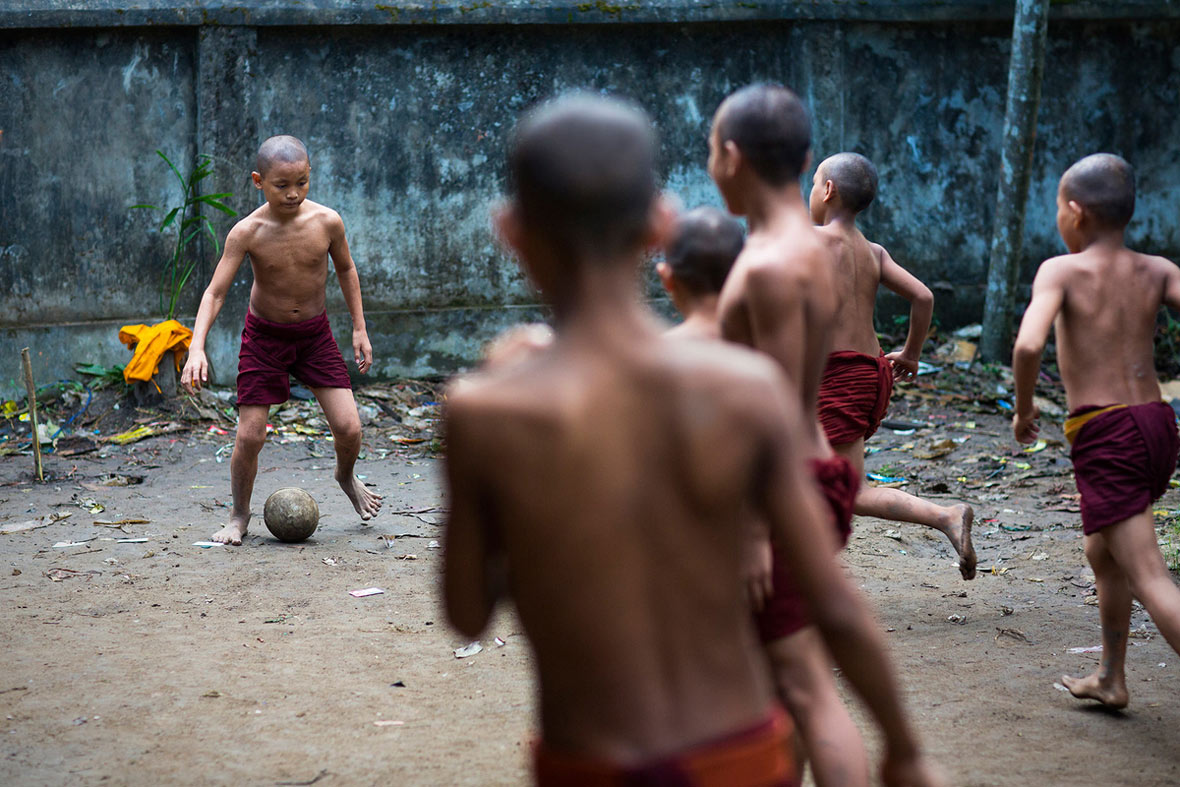 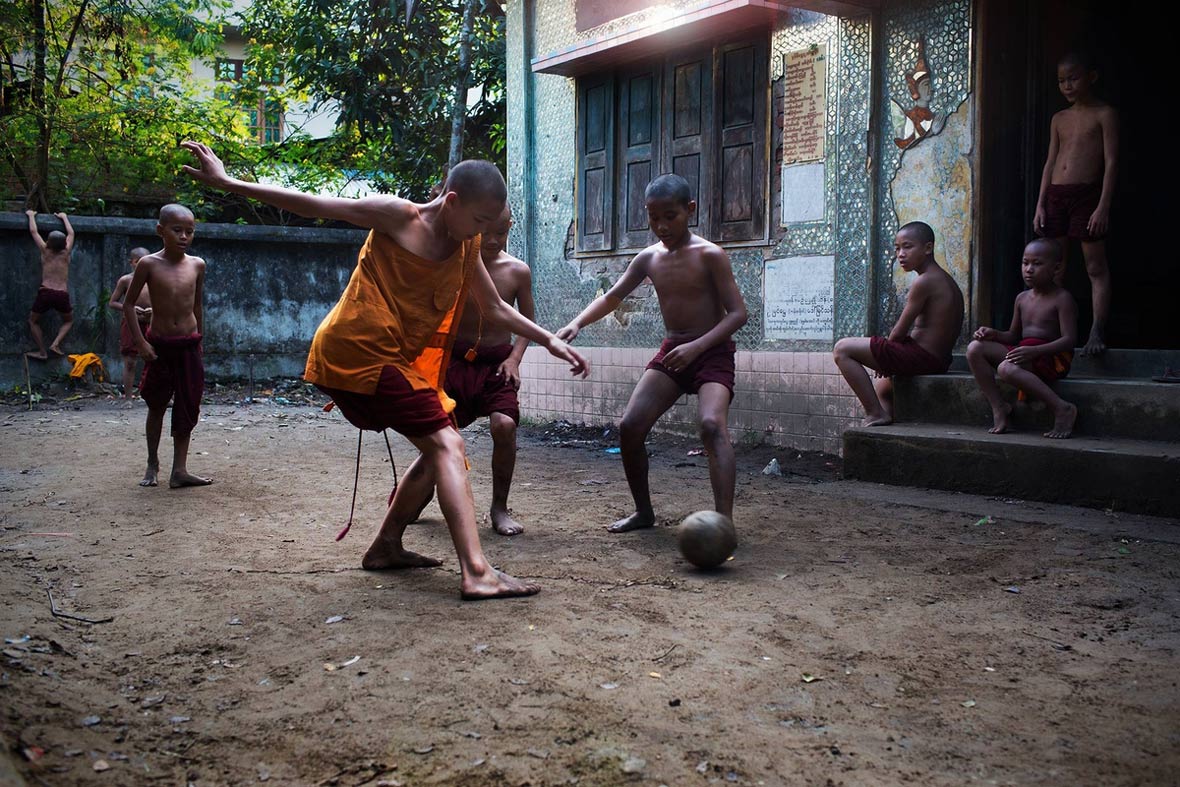 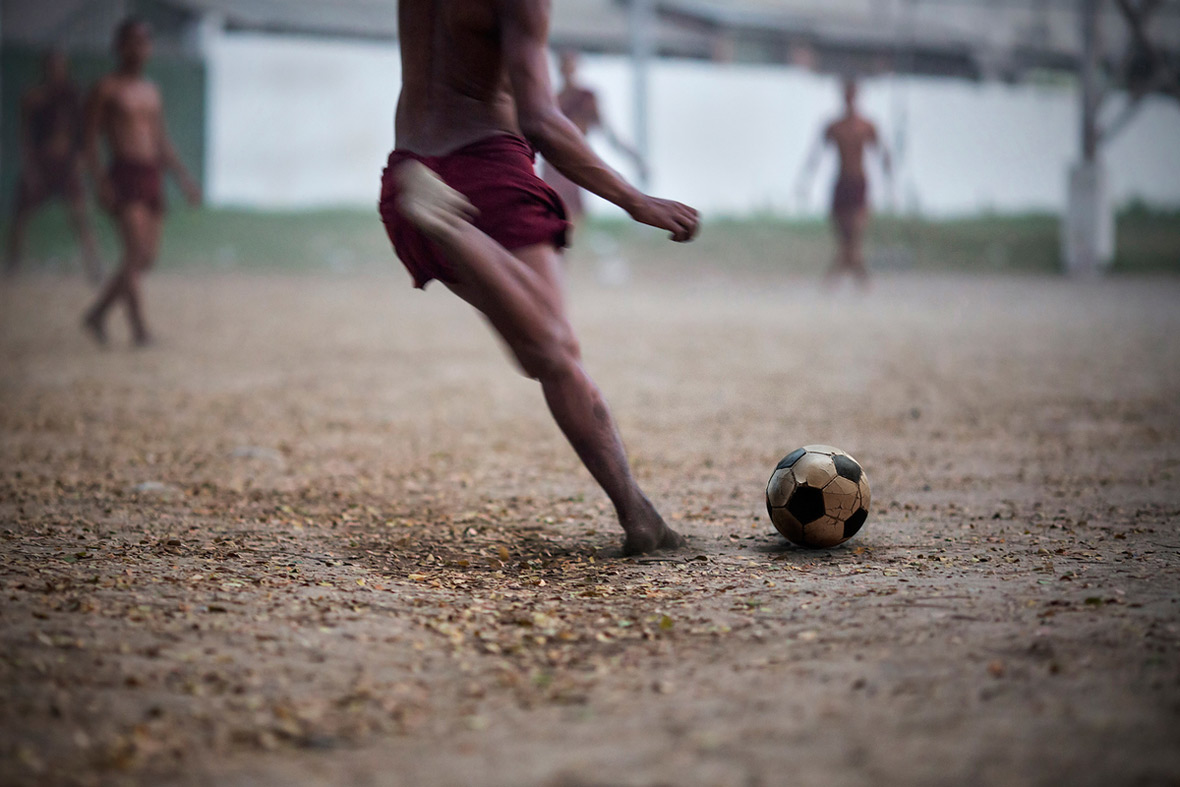 In the process of developing his own style, he decided to start shooting more photo essays and long-term stories. He tells us, “Some advice I had been given at the time was to ‘shoot what you love’, and football was the first thing that immediately came to mind. Like most kids growing up in the 80s in the UK, football was a big part of life and most evenings were spent kicking a ball around either in the street, backyard or a nearby field.” 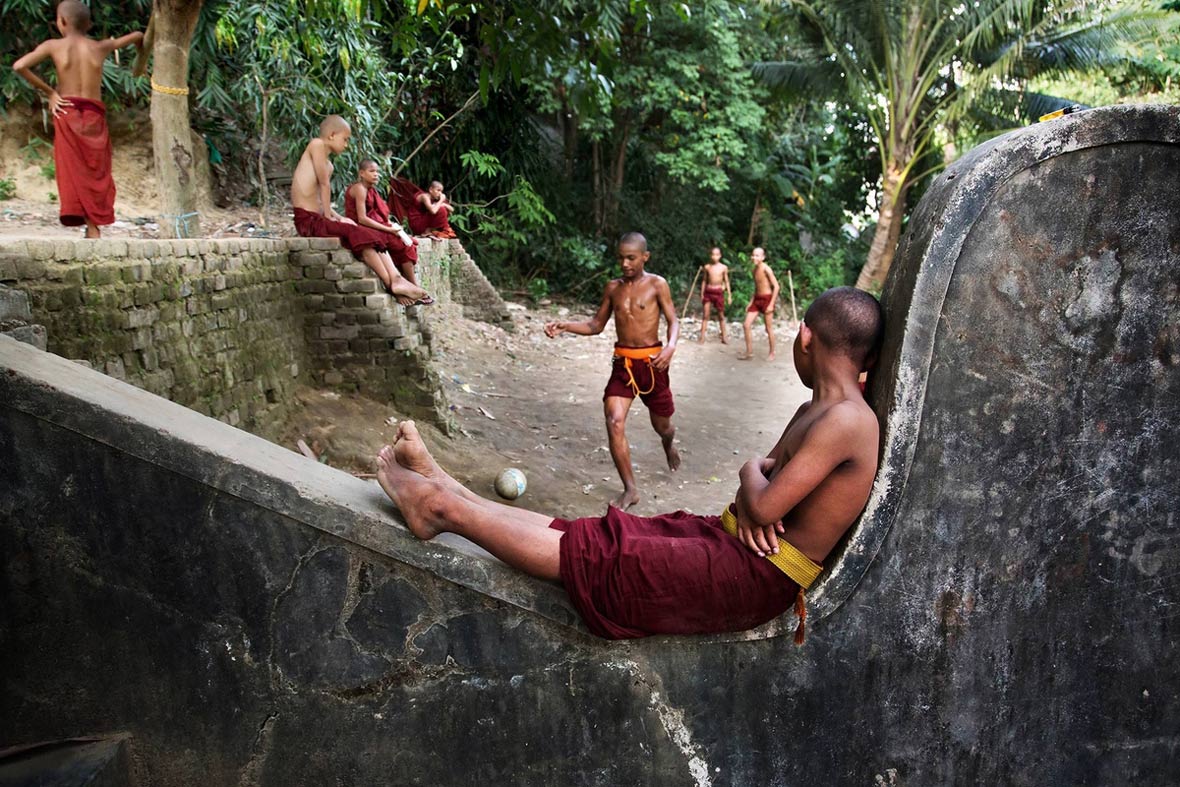 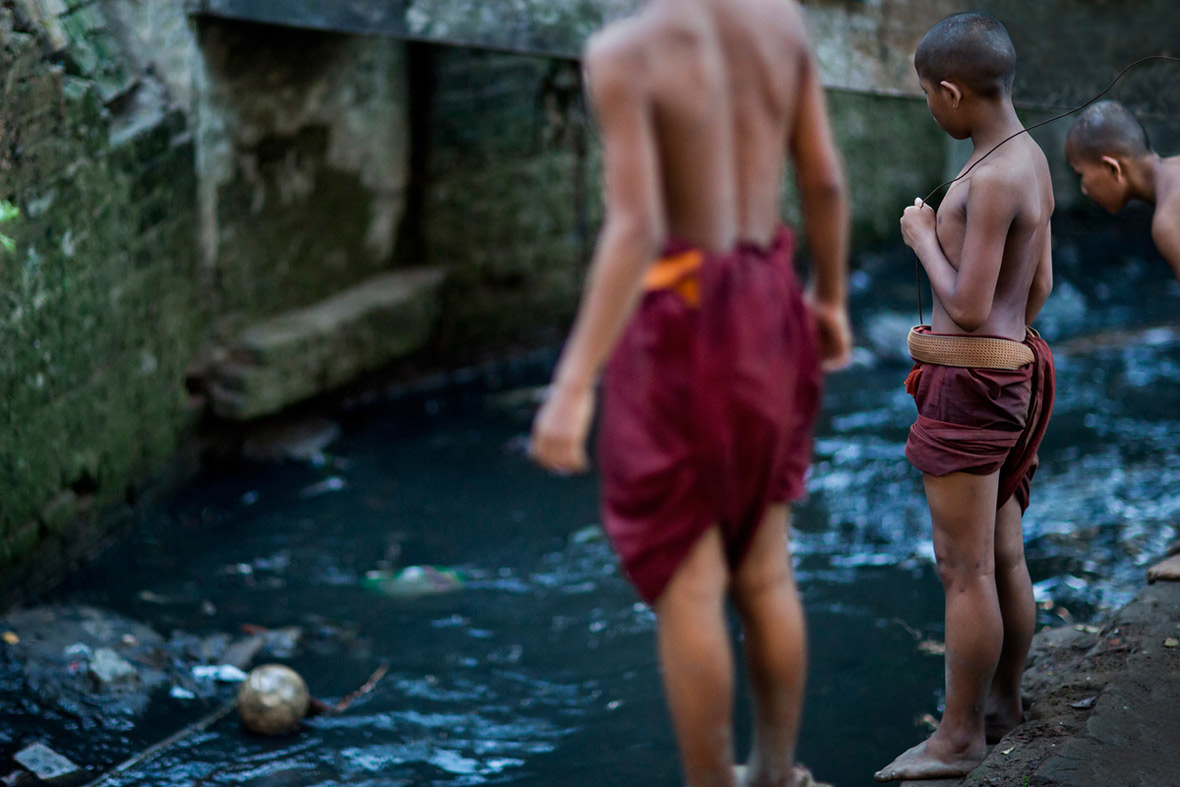 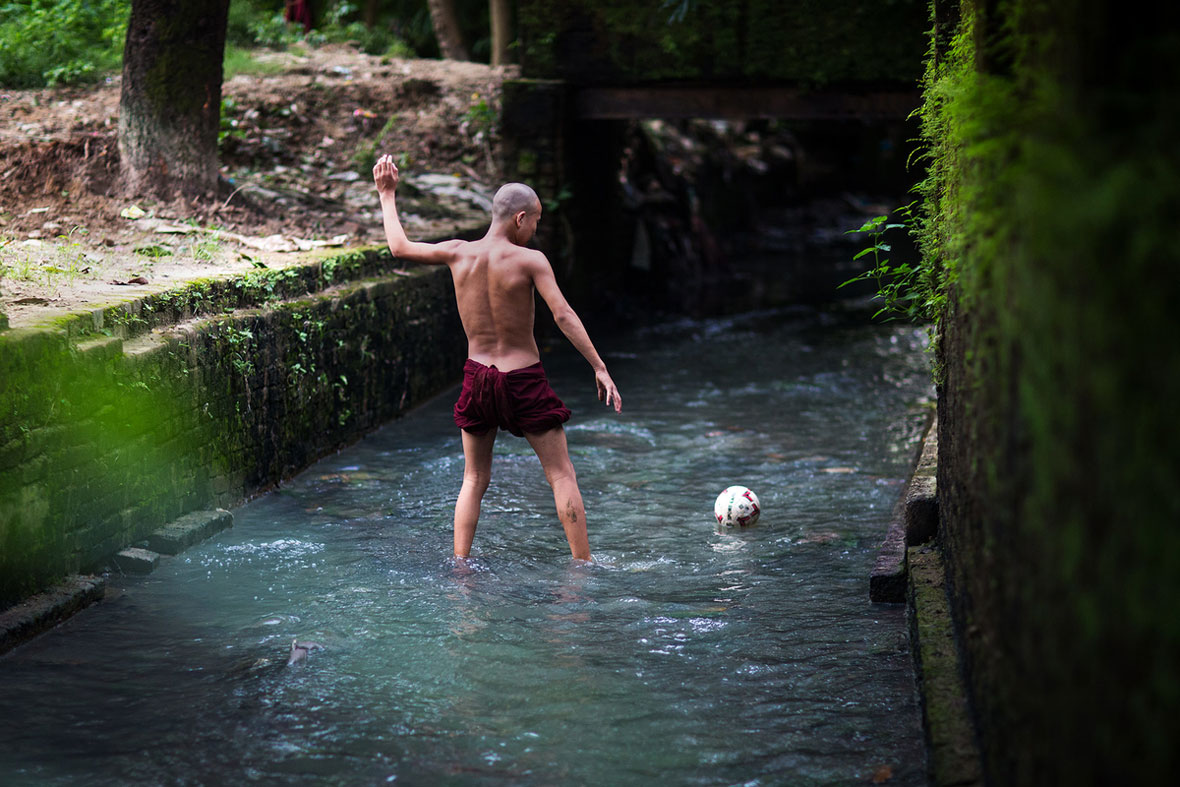 In his travels abroad, he would be constantly looking for it and one time when he was in Myanmar, he was amazed to see a group of Burmese monks playing the game in their robes on muddy pitches. He knew right away that this would be something that he’d want to shoot a story about. When he first spotted this small group of young monks playing football outside an old teak monastery one afternoon, he was sitting on the back of a motorbike taxi. Seeing this was, as he calls it, “a photographer’s dream”. 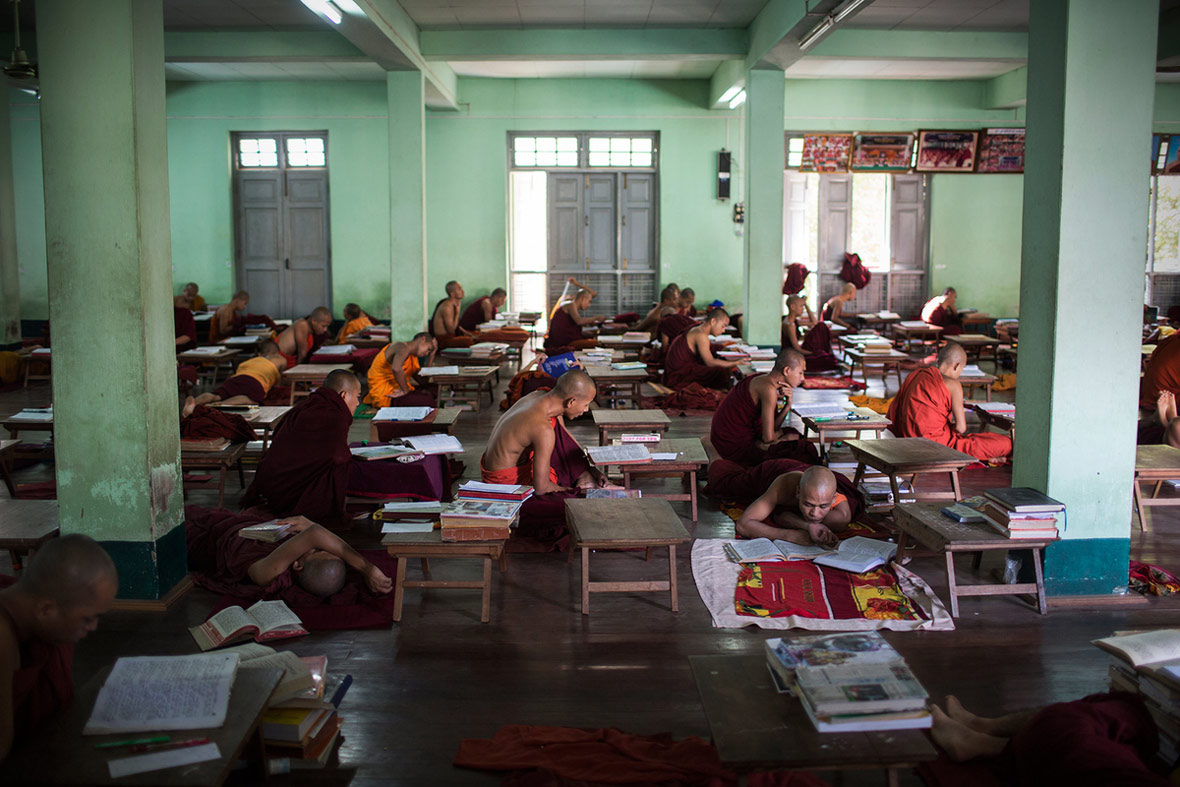 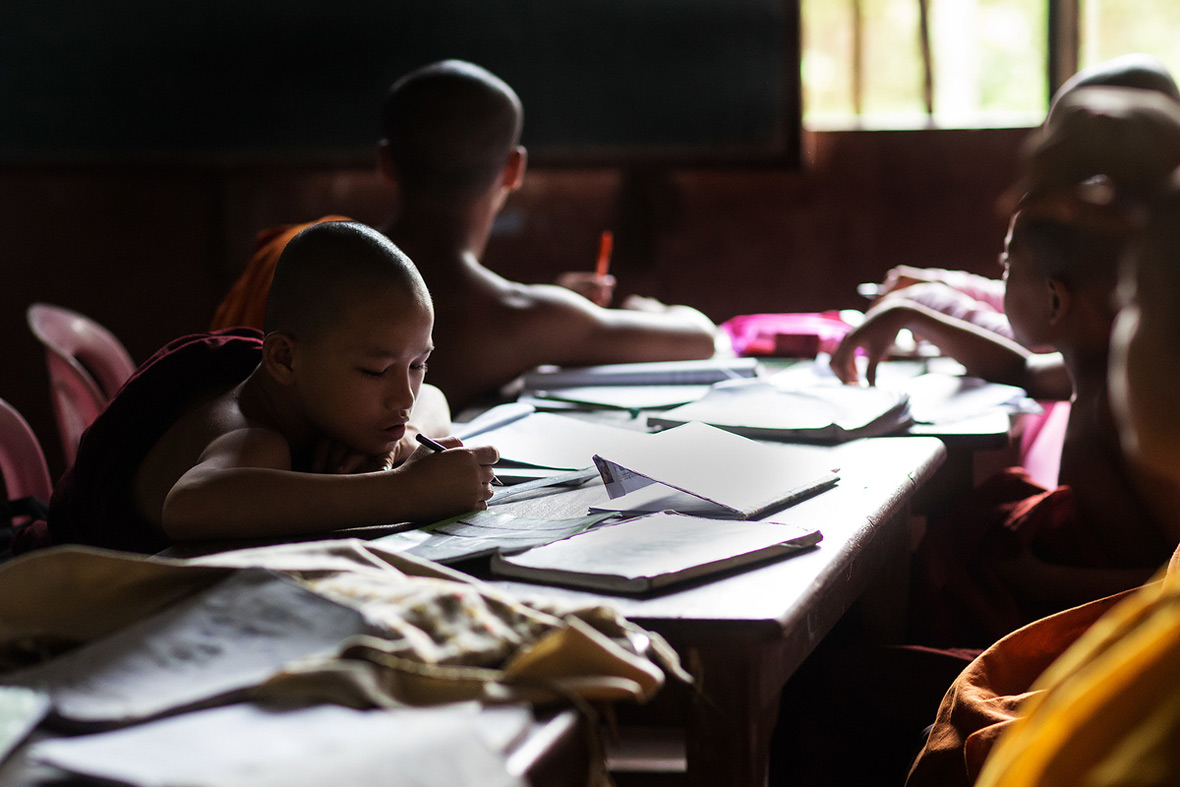 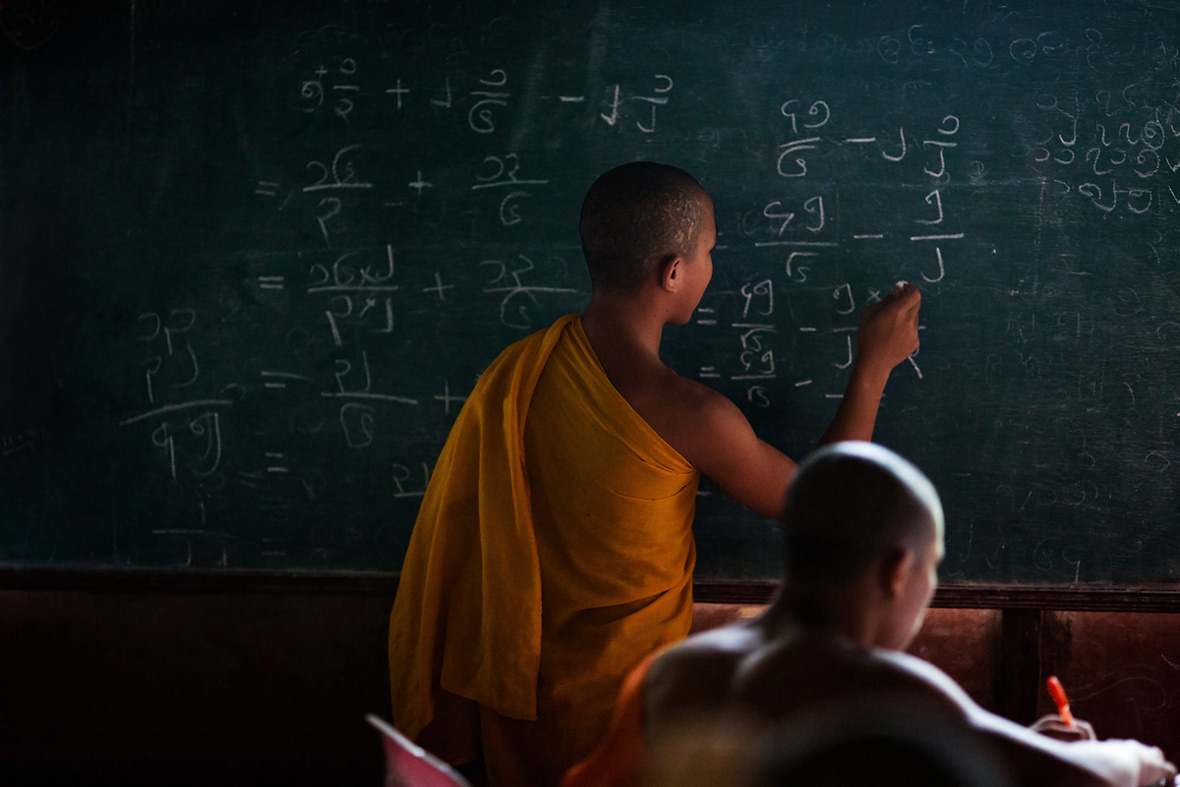 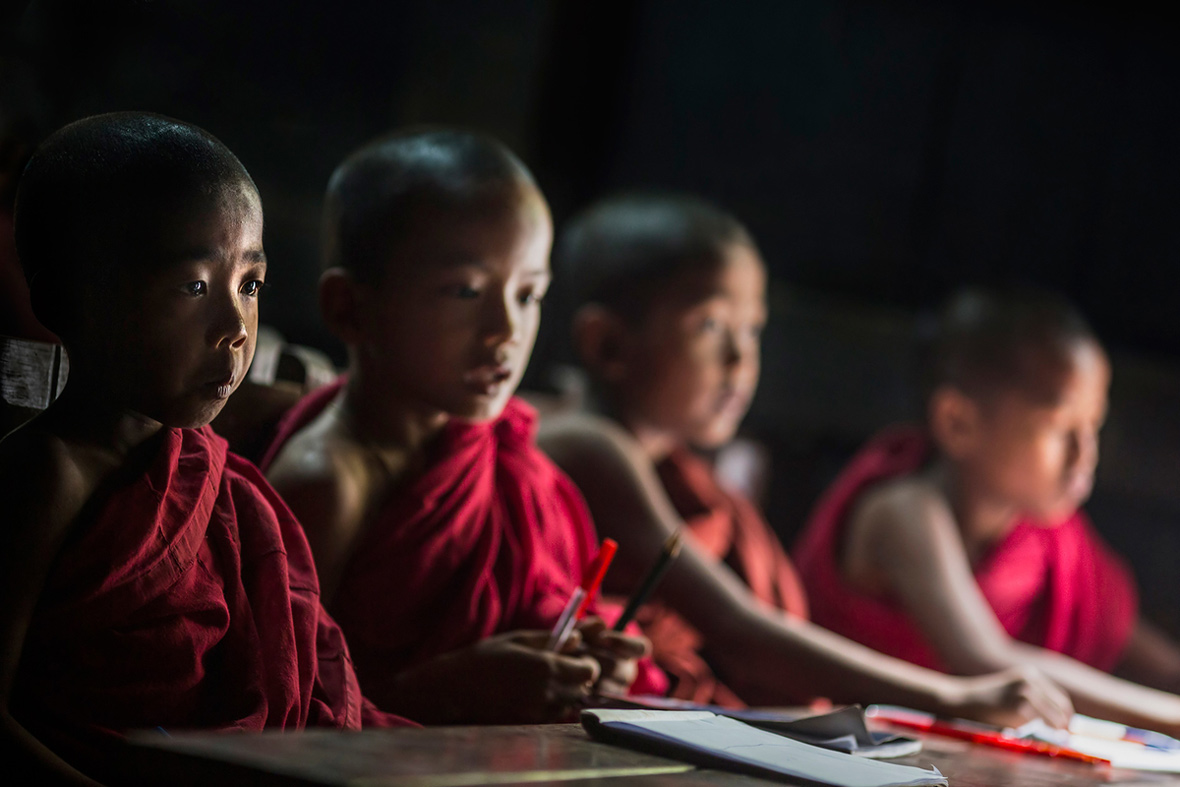 Tony shot this project over four short, separate trips, while also visiting some other monasteries in the city. He tells us that the monks generally have long days that start very early at 4am: they first have breakfast; then spend the morning in classes, learning the ways of a Buddhist life; next, they eat lunch usually before noon and then cannot eat for the rest of the day. Afternoons involve more classes and tend to finish around 4pm for the younger monks, which is then often when a game of football might happen. 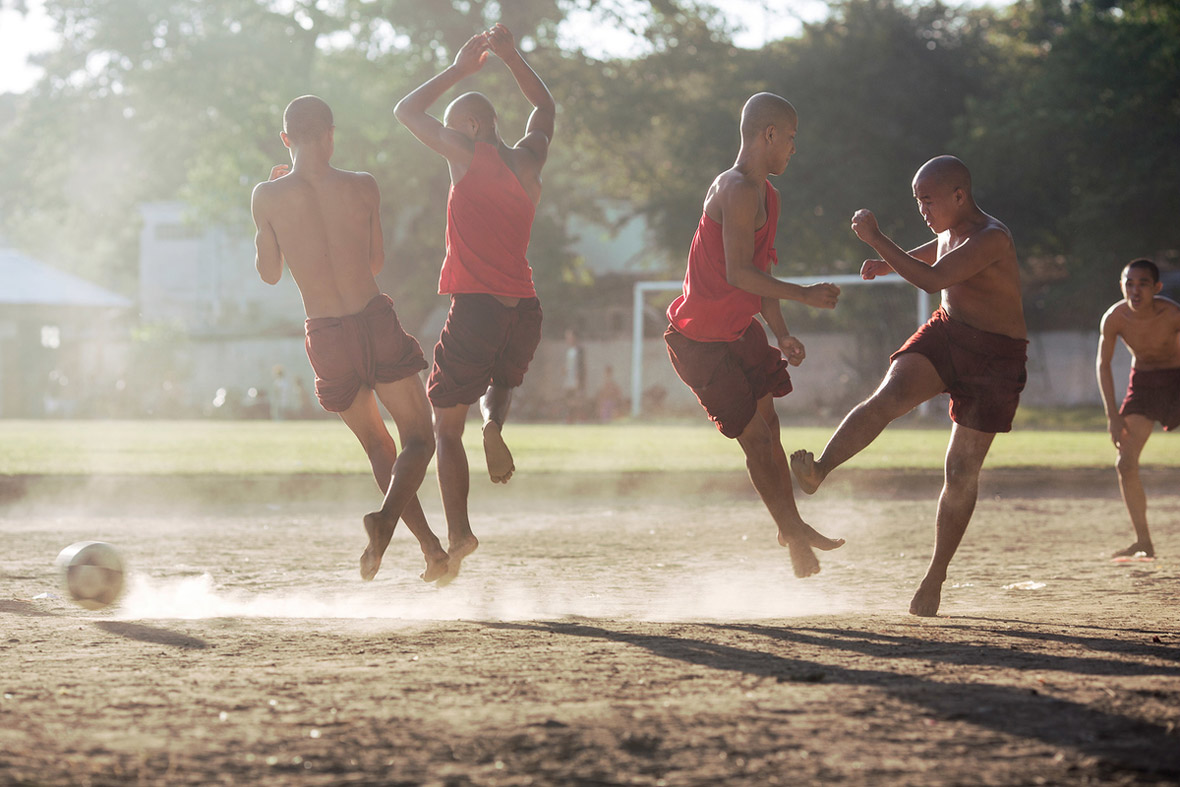 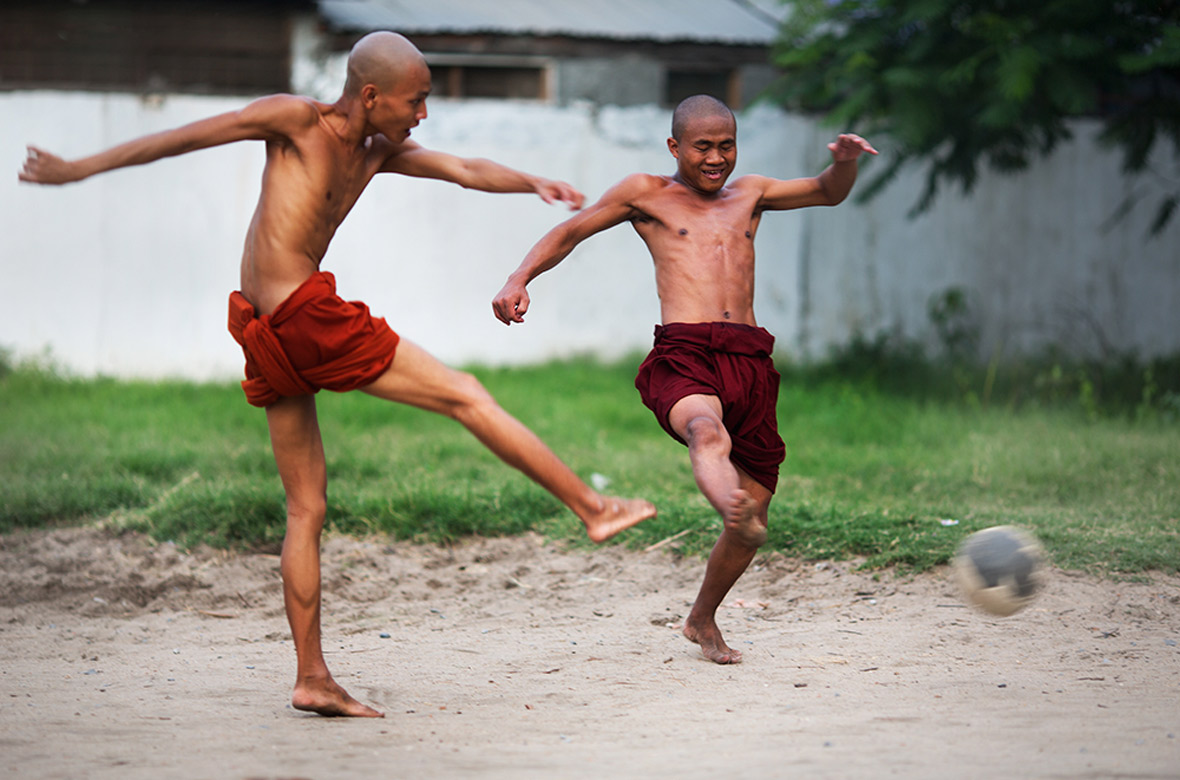 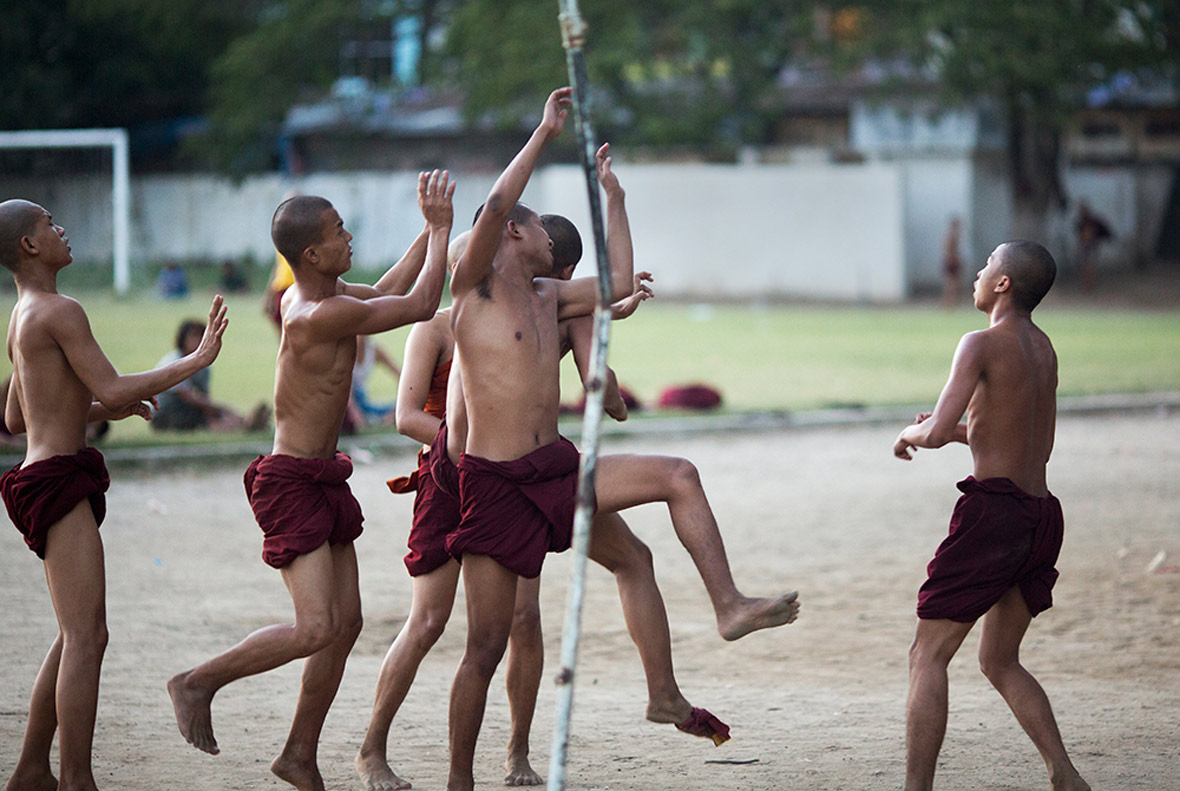 These games of football aren’t officially organized by the monastery nor are they a part of the monks’ daily routine. The players typically just decide amongst themselves when and if they want to play – and on most days, they do. Tony tells us that they “learn, eat, play and live together for those years that they practice as monks. So they almost form a new brotherhood or family through that experience, and playing football is just a part of that and is just one way (for them) to unwind each day.” 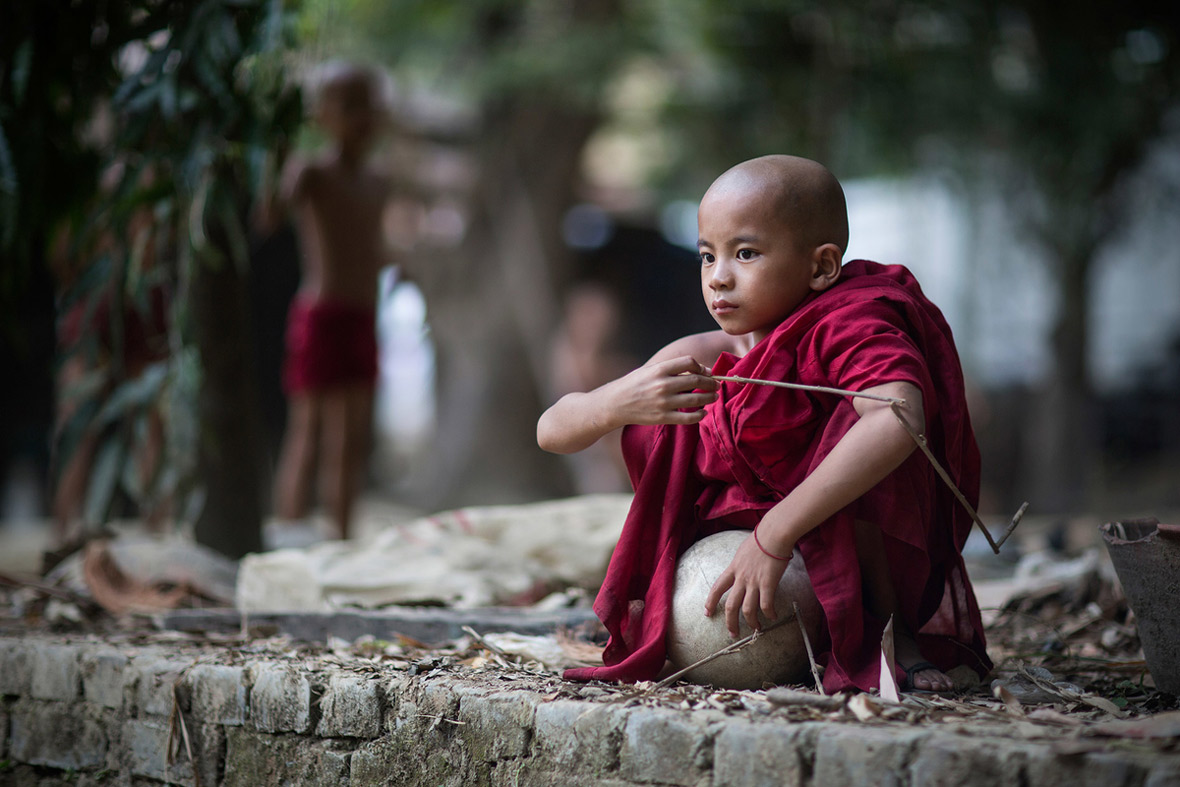 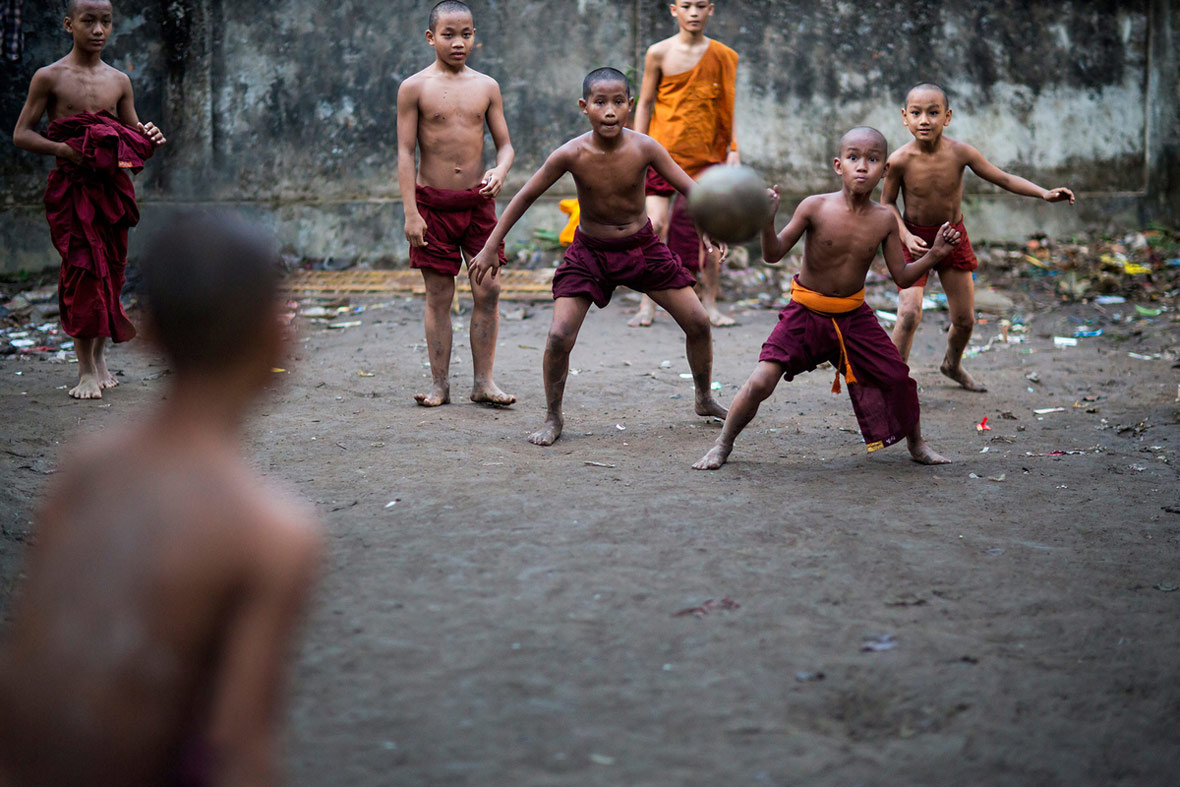 Tony normally shoots with a Canon 5D MK3 and a set of prime lenses: the 35mm 1.4, 85mm 1.2, and 135mm f2. For street photography, he likes to use a Fuji XT1 and a 35mm 1.4 lens. Ultimately his goal is to explore a city and stories as much as he can. He says, “I’m constantly looking at the work as a whole and deciding from there which sorts of images or subjects I need, and how it will all flow and be sequenced.” His creative ideas often come out of that and for the shots themselves, he goes where those particular stories or locations are, hopefully during the right time. Patience is key when shooting and he says that it is important to build towards the right kind of lighting. 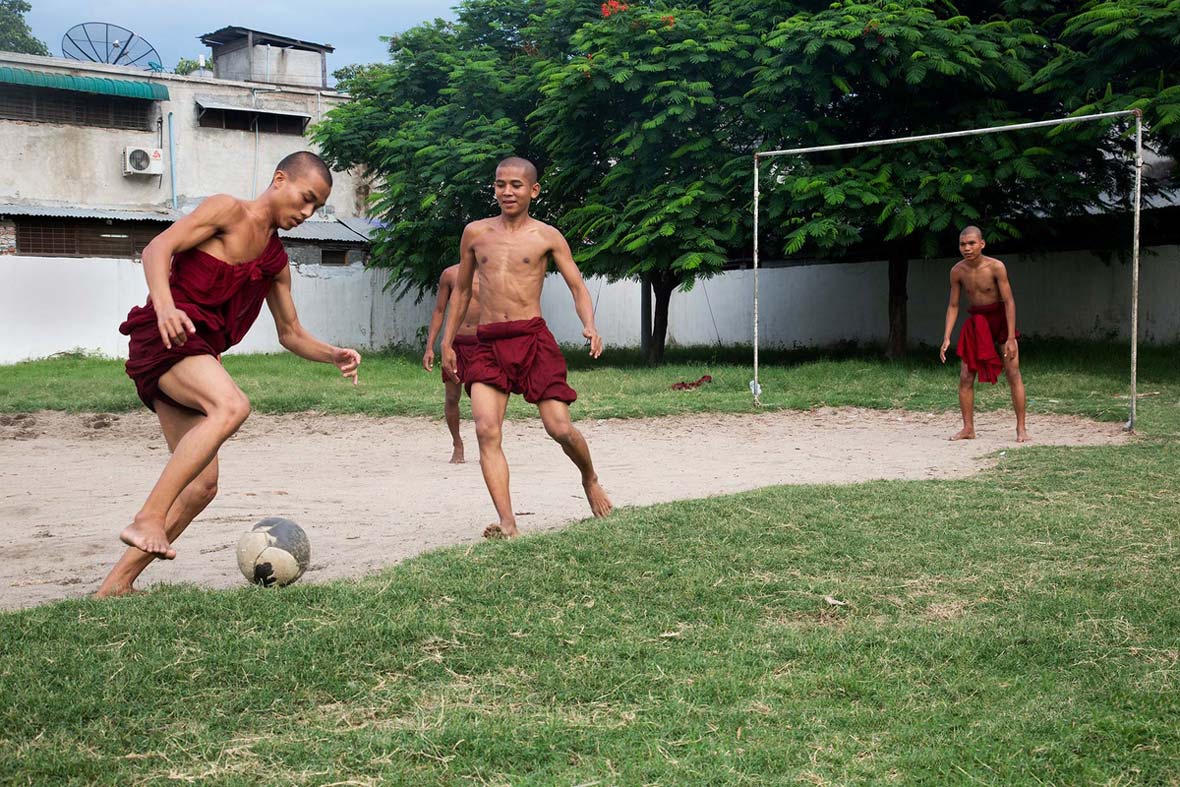 Generally Tony tries not to define himself as any specific type of photographer, for example, a photojournalist, street photographer, or documentary photographer. For him, the projects that he shoots can be very different from each other and may incorporate different approaches and styles. Certainly he admits his work is narrative-driven and based on visual storytelling, but he says that he tends to shoot what he finds most visually striking about a place or thing that he feels compelled to explore and show. 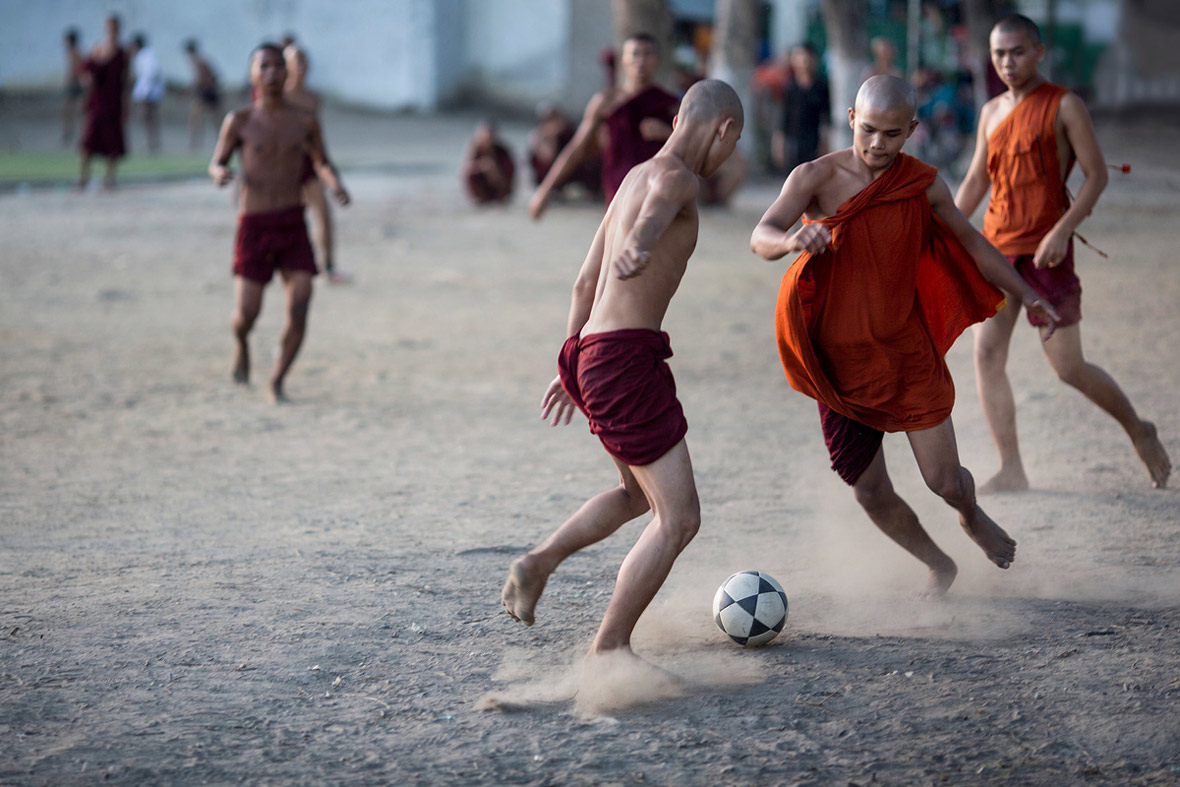 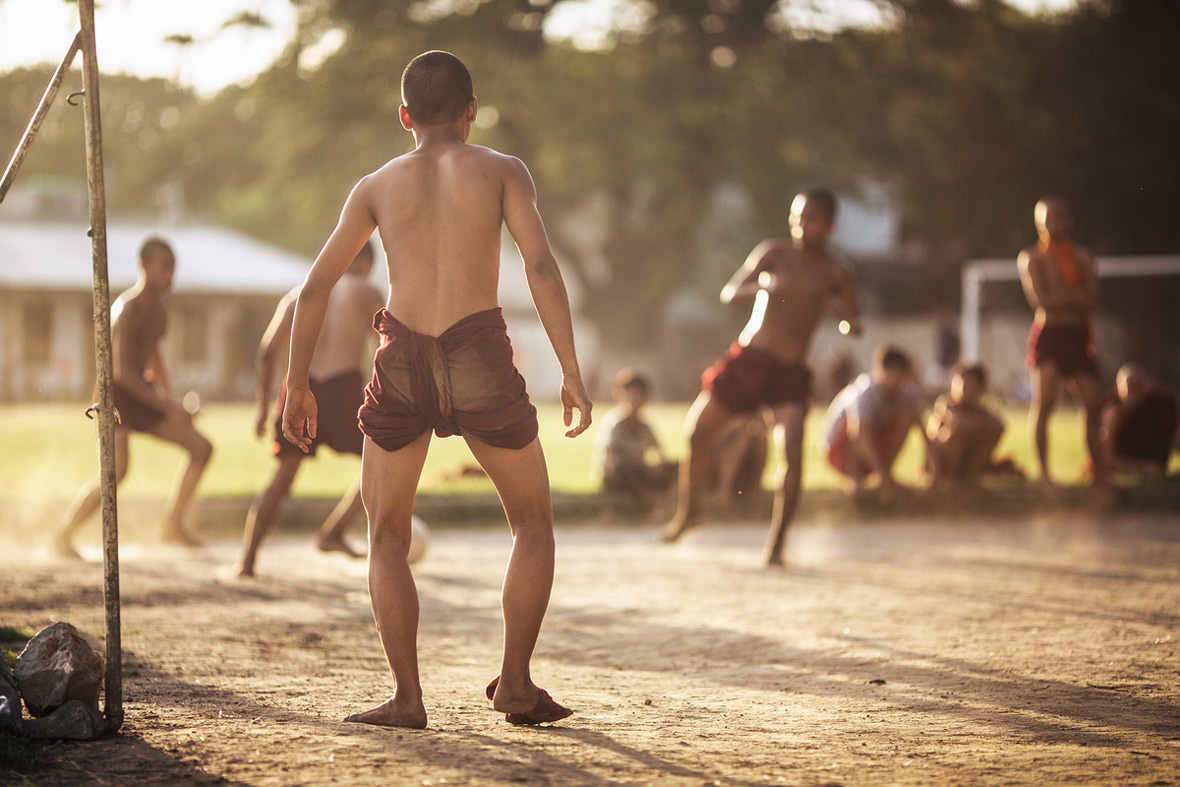 Tony also has another football project from Rio de Janeiro, entitled Cidade do Futebol. “There are certainly similarities between street football in the favelas of Rio and the novice monks playing in Myanmar,” he says, “As an observer and photographer, I was struck by how timeless these scenes look. In England for example, street football seems a thing of the past and now kids mostly play organized games for local clubs rather than just have a kick around in the streets with their friends. So that’s why the streets of Rio and Myanmar were so striking, it all looked like it could be happening in any era, and evokes memories of football from the past, rather than the modern day version of the game, which is really influenced by money.” Perhaps it is a bit of a cliché to say, but for Tony when he was shooting in Rio or Myanmar, he admits that he felt he was really witnessing football – the beautiful game – in its purest form. 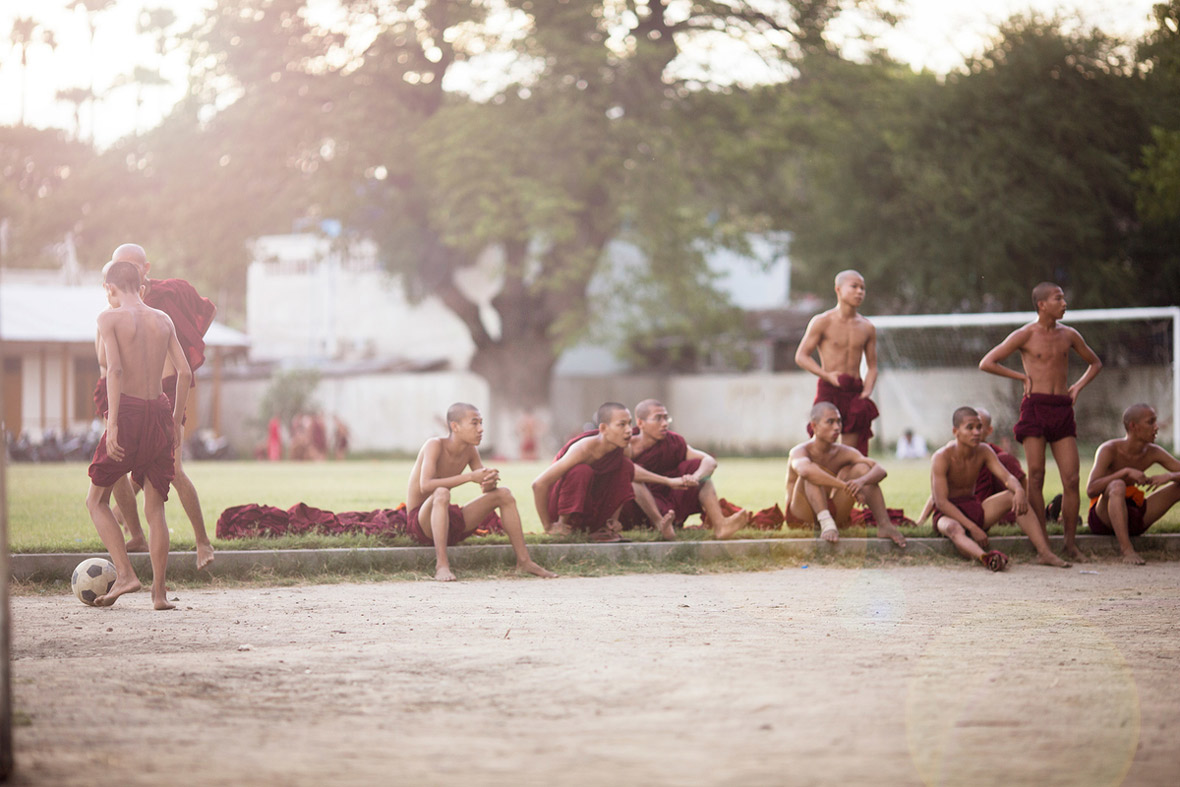