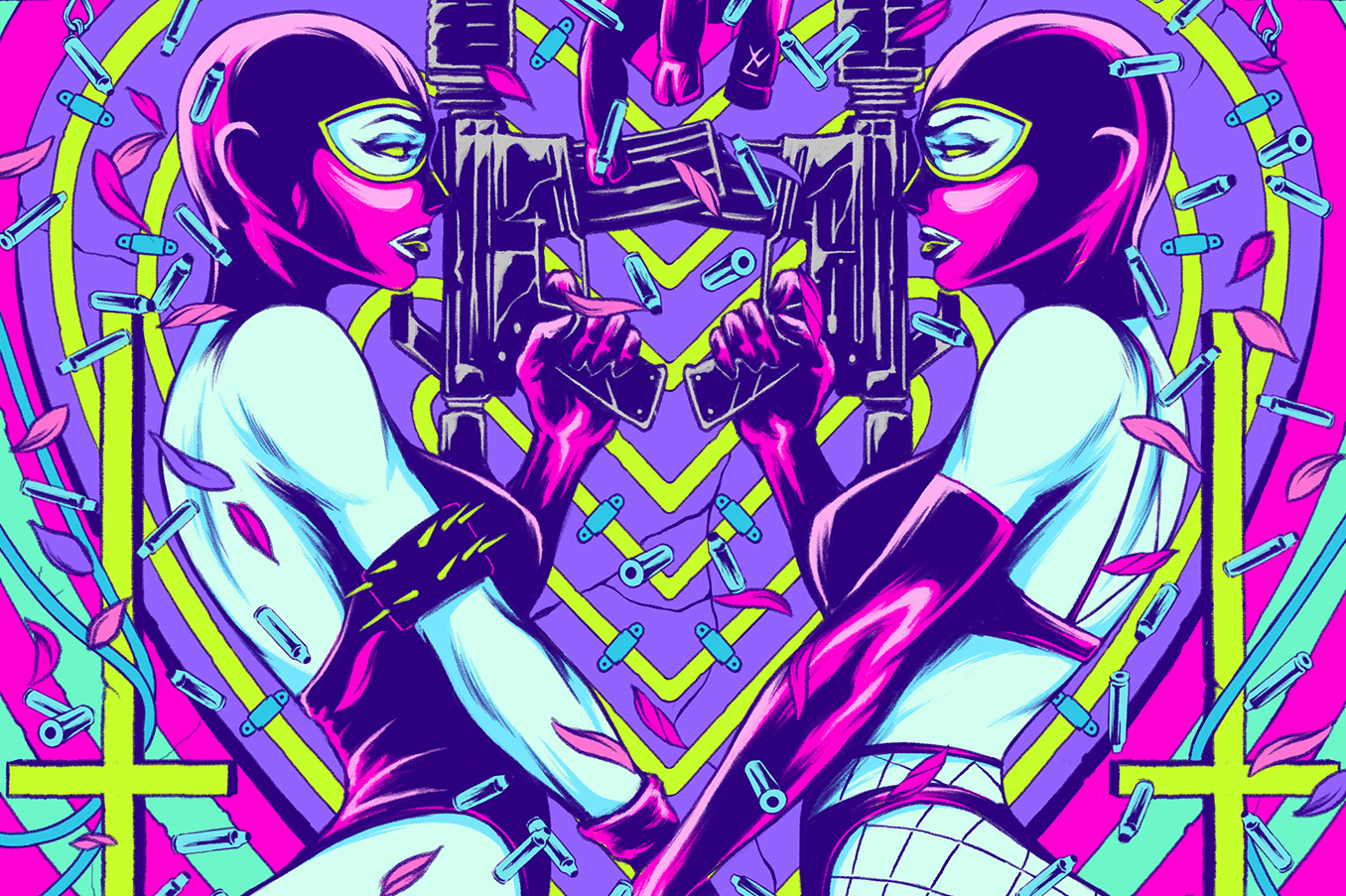 Bondage slaves, drag queens, and vibrant neons: the paintings of James Jirat Patradoon‘s INFERNO transplants the red-light district into the gallery with a comic-book aesthetic. Bulging male muscles and ballooning breasts are squeezed into leather and latex, Chinese type and luxury brand names sit alongside each other, and latticed borders that call to mind the intricate designs of Chinese-style windows frame the entire composition. These works are intentionally loud and exaggerated, designed to draw parallels between distant cultures. 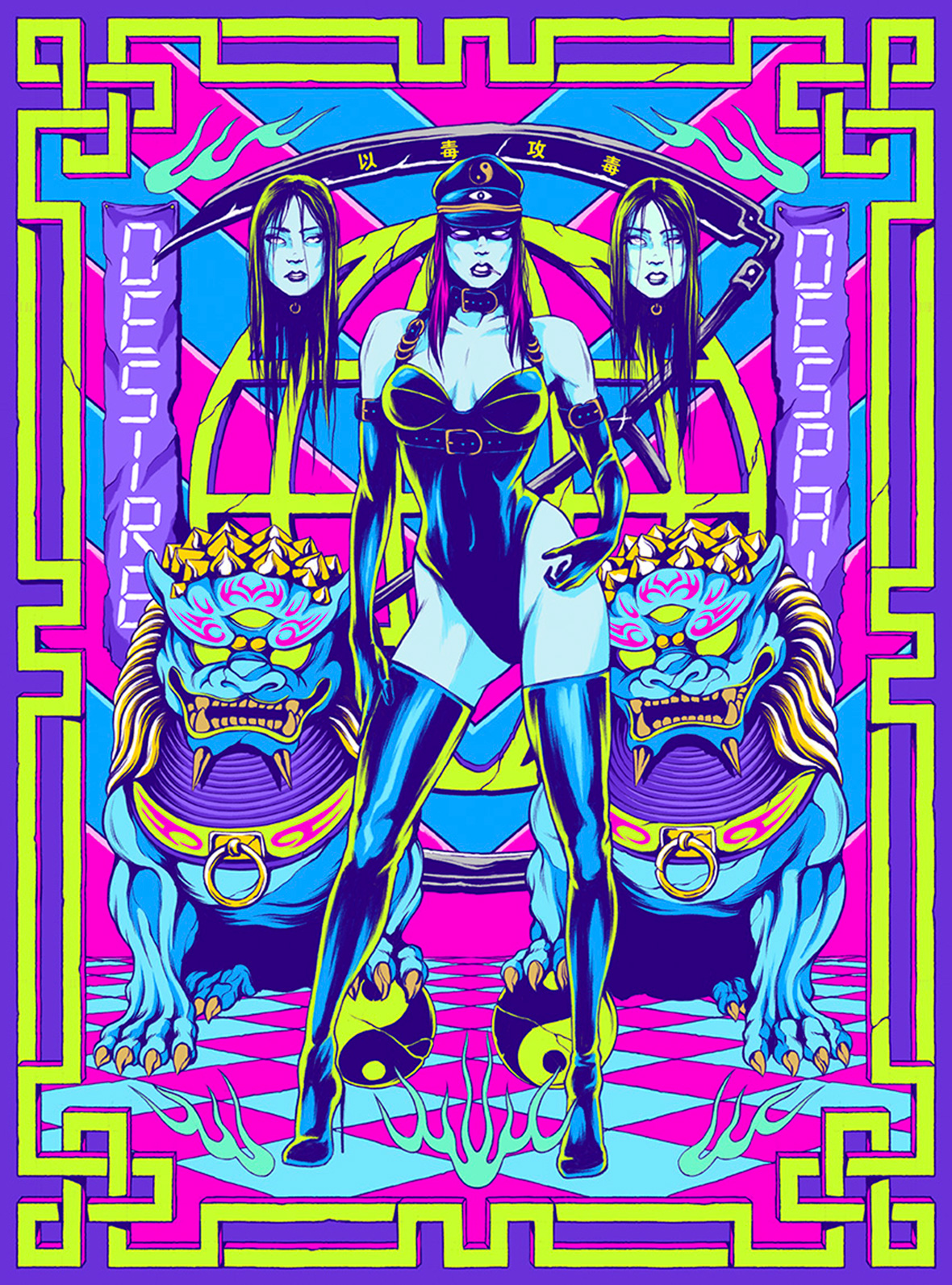 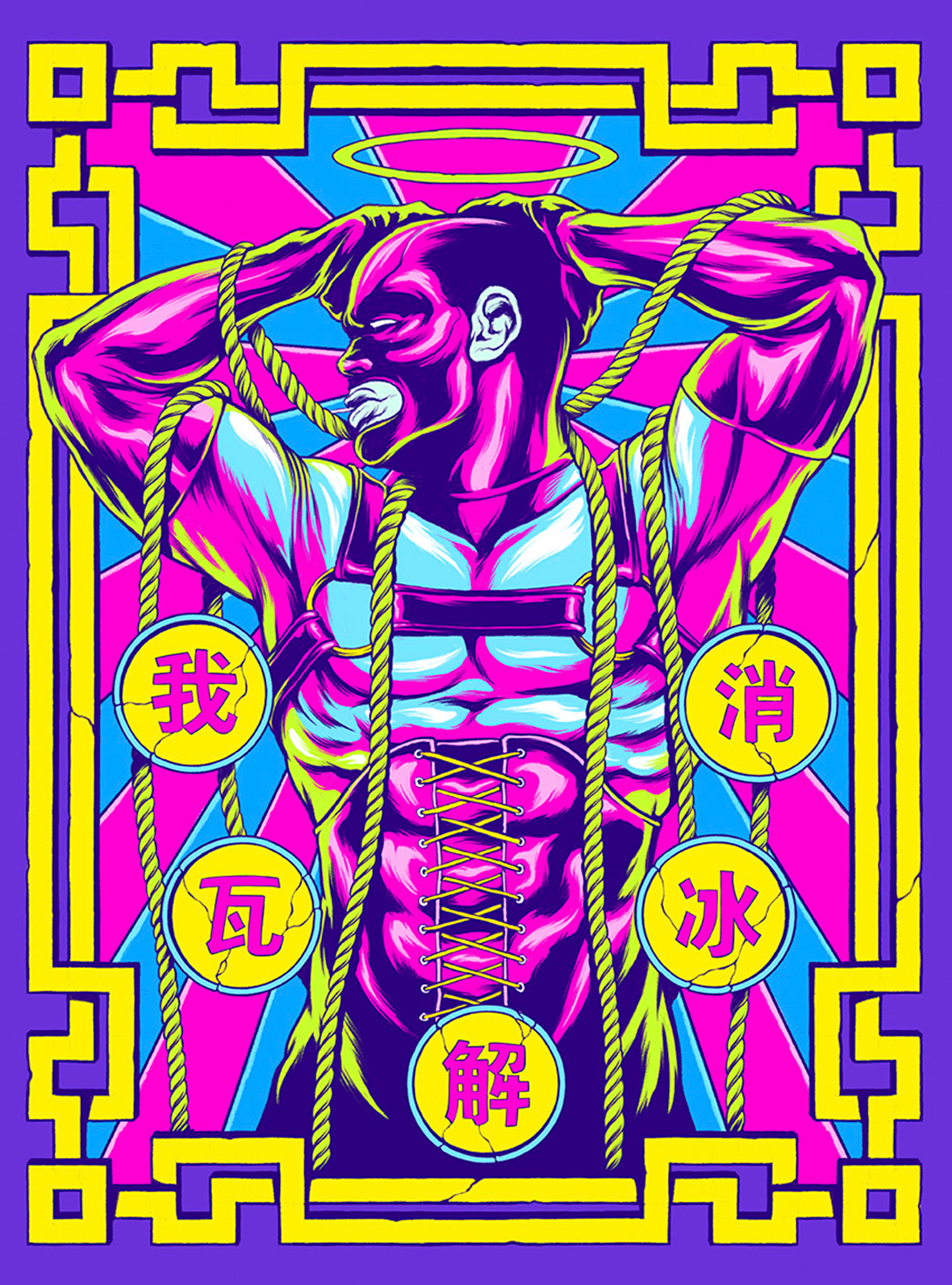 “I spend a bit too much time in strip clubs,” Patradoon laughs. “I find them fascinating. Performers occupy this space where the audience only experiences them as a fiction. The drag queens here in Bangkok are like real buff dudes in regular life. When they perform, they’re like superheroes with a fictional identity.” His art draws on this type of contrast, pulling it to extremes until it becomes something else. 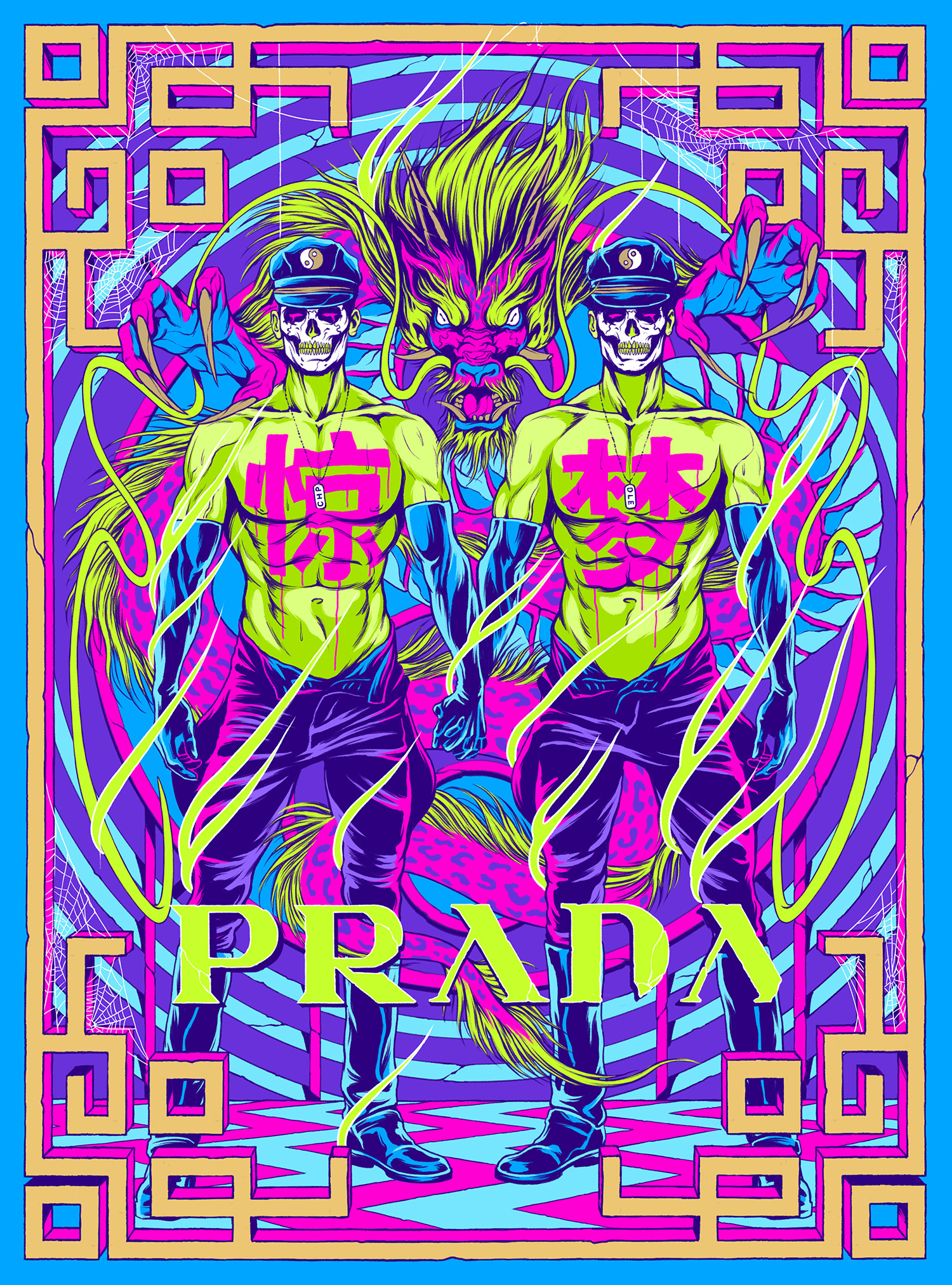 Patradoon is Chinese and Thai but grew up in Australia. He’d been based in Sydney until last year when he had the chance to move to Bangkok. With his illustration career at a standstill and the local art scene feeling stagnant, he jumped at the opportunity. “Friends would ask me if Thailand’s nightlife is really as crazy as its reputation, and I couldn’t answer back then,” he says. “It definitely hasn’t disappointed.”

Since moving there, he’s immersed himself in the city’s nightlife, making friends with punk rockers, embedding himself in the local electronic music scene, and getting to know the city’s queer community. Bangkok’s LGBTQ culture especially has had the most impact on him. “Nightlife has been my interest since before I moved and these paintings were based on ideas from before I came, but the energy here motivated me to work and made things much clearer in my mind,” Patradoon says. “You have to experience this stuff first hand and in person. It’s just not the same online.”

INFERNO, which debuted at Superchief Gallery in Los Angeles late last year, is the culmination of his nocturnal escapades in Bangkok. For this series, he began without clear intent, digitally sketching his stream of consciousness. These illustrations were then combined to form his visually dense compositions. The final step was to then paint the finished work on canvas. 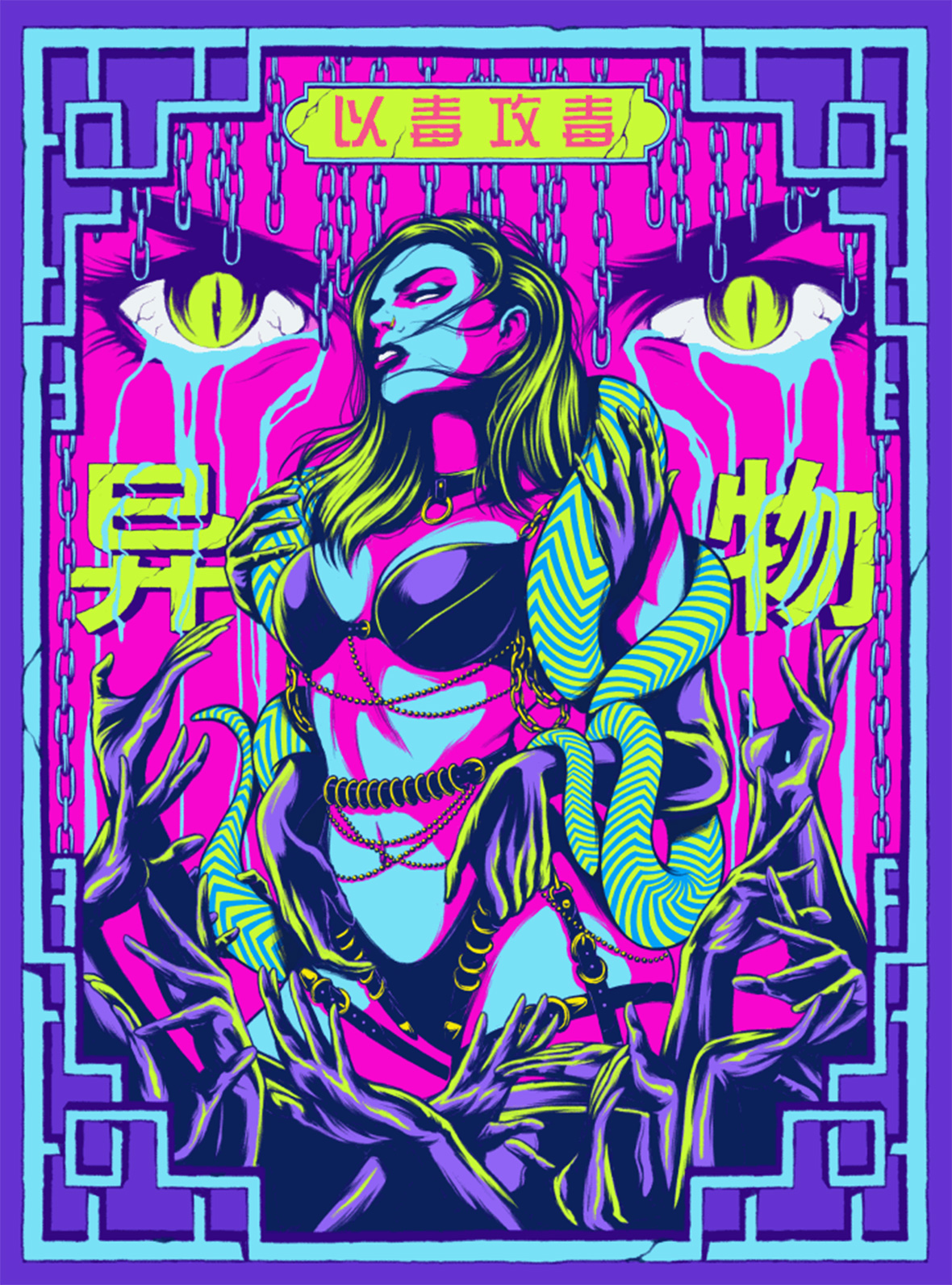 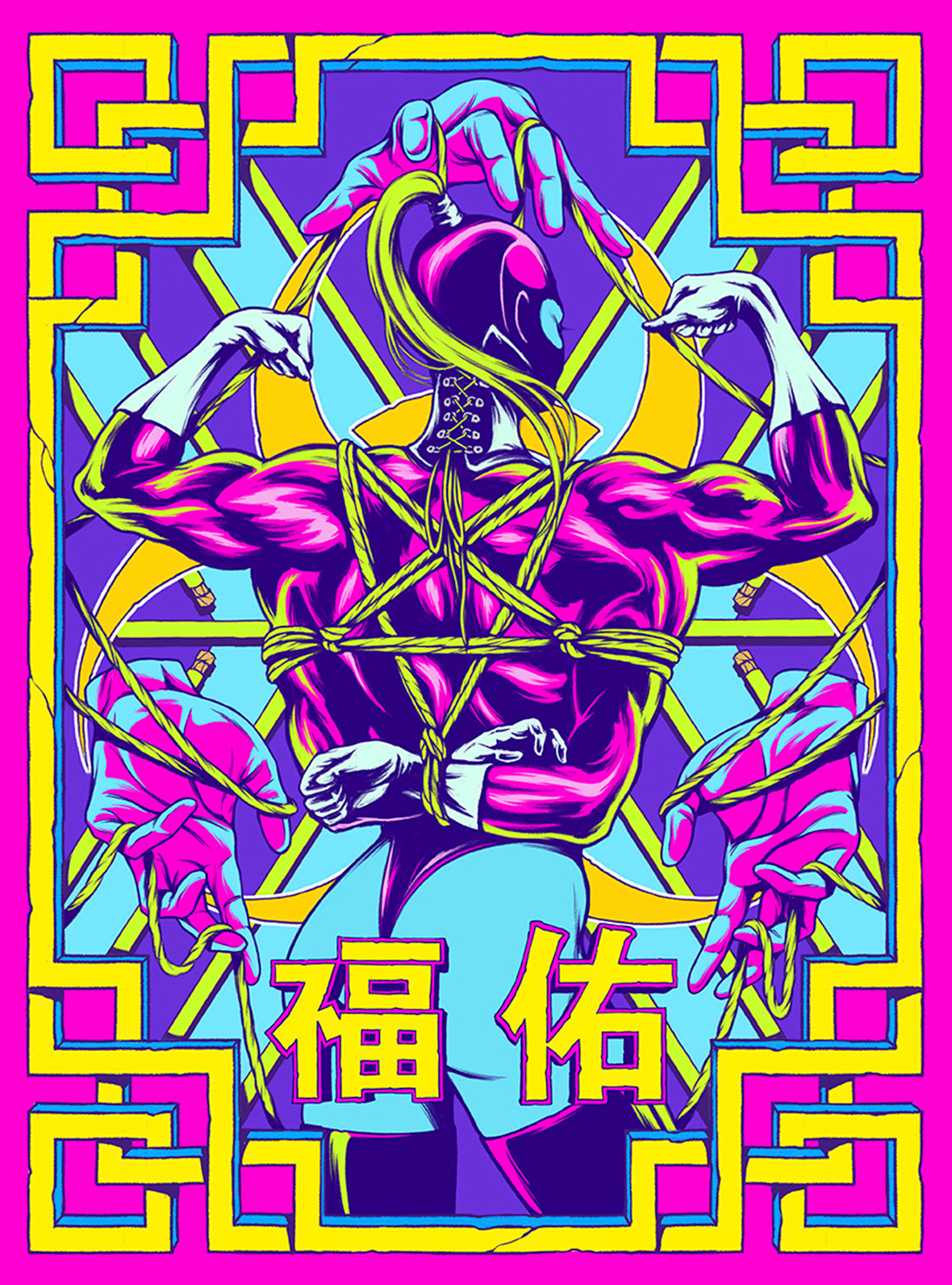 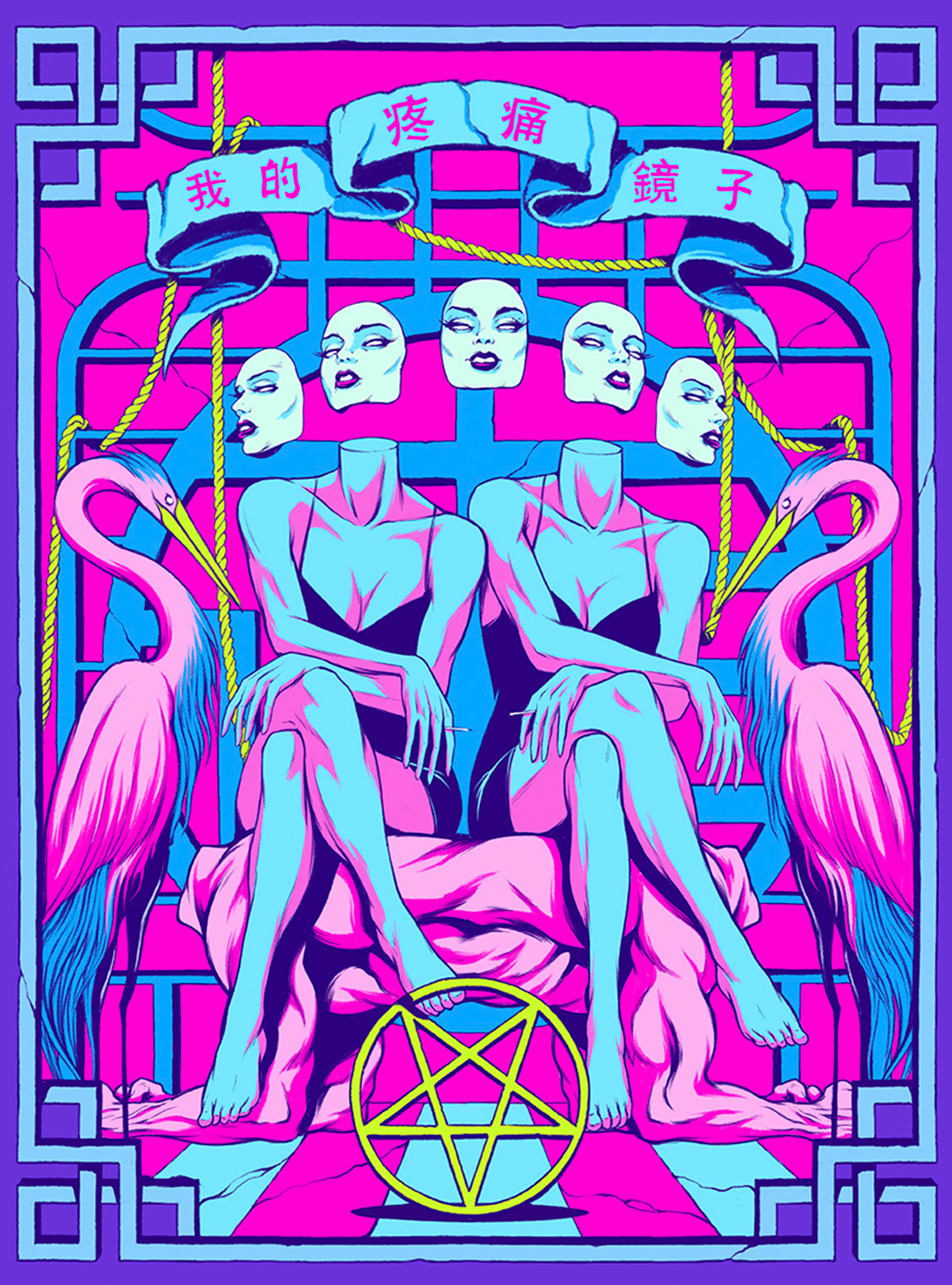 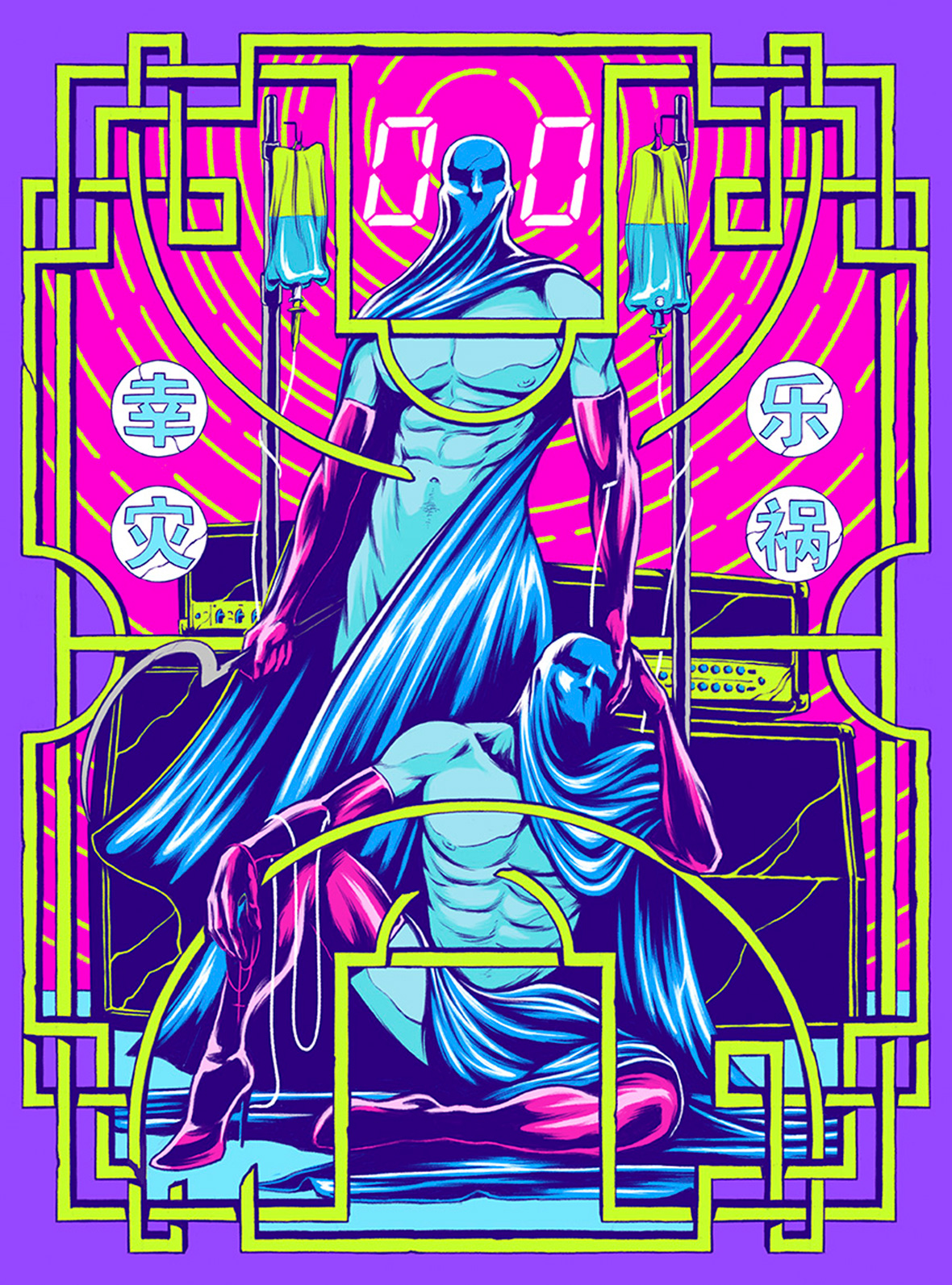 Life in Thailand has actually made Patradoon identify more as a Westerner and more as an Australian. In Sydney, he always felt out of place because of racism. But in Bangkok, although he’s surrounded by other Thais, he still feels like an outsider. “All I have to do is open my mouth, and it’s obvious I’m an ‘other,'” he says. “But it’s to my advantage because I can ask questions about anything since they’re more forgiving with me as an outsider.”

“These reflections on race and identity have also led him to explore issues of gender and sexuality.  He’s straight, but in Bangkok he’s often perceived as gay. It’s a challenge he hadn’t encountered very often before. “I don’t have a problem with it, but in the West, you don’t necessarily have to label yourself and can live in a grey area if you want,” he says. That freedom is a foundation of Patradoon’s work, mixing everything together without really trying to define it. “It’s not necessarily about being one or another, but that a lot can be true at the same time.” 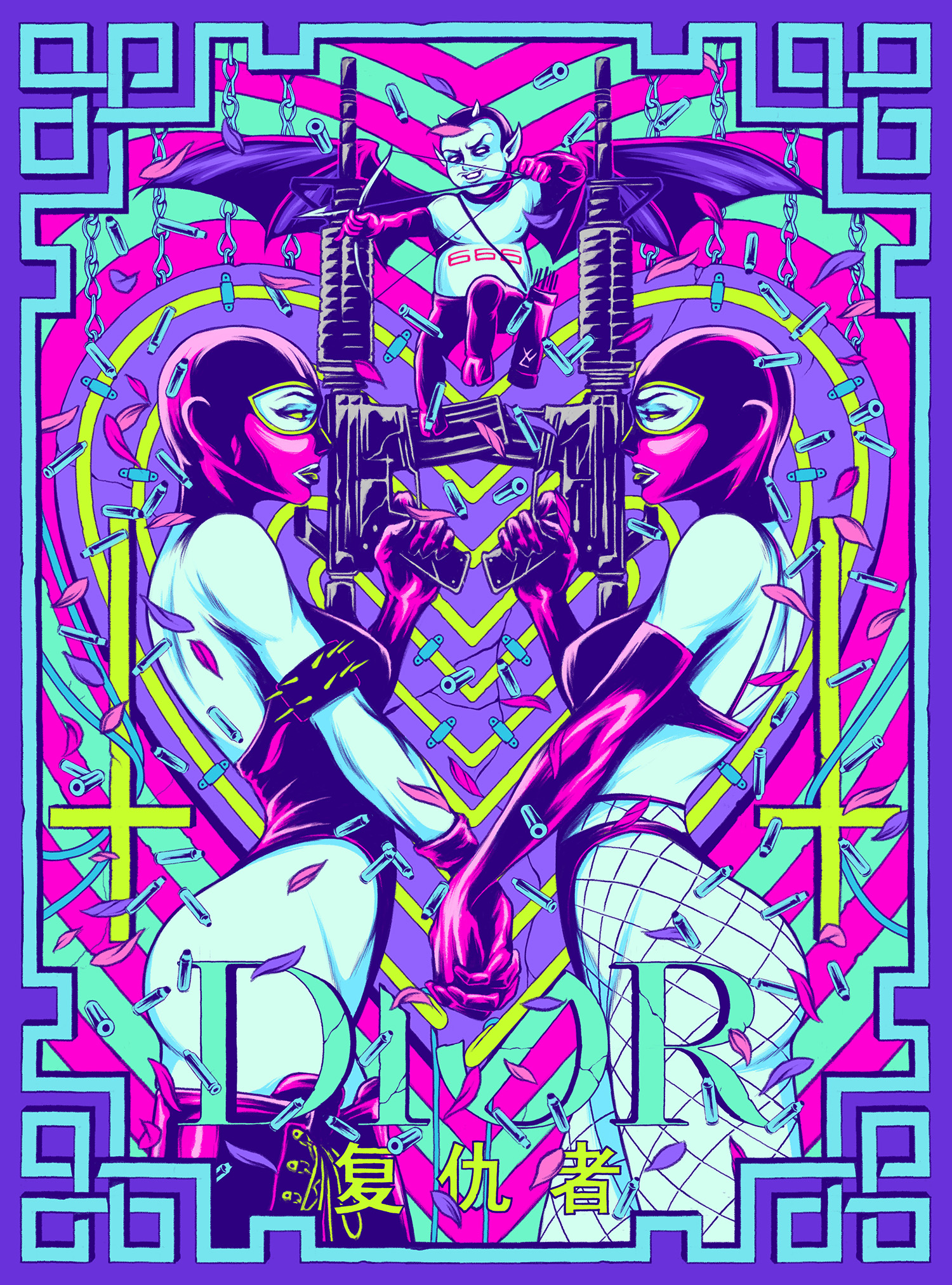