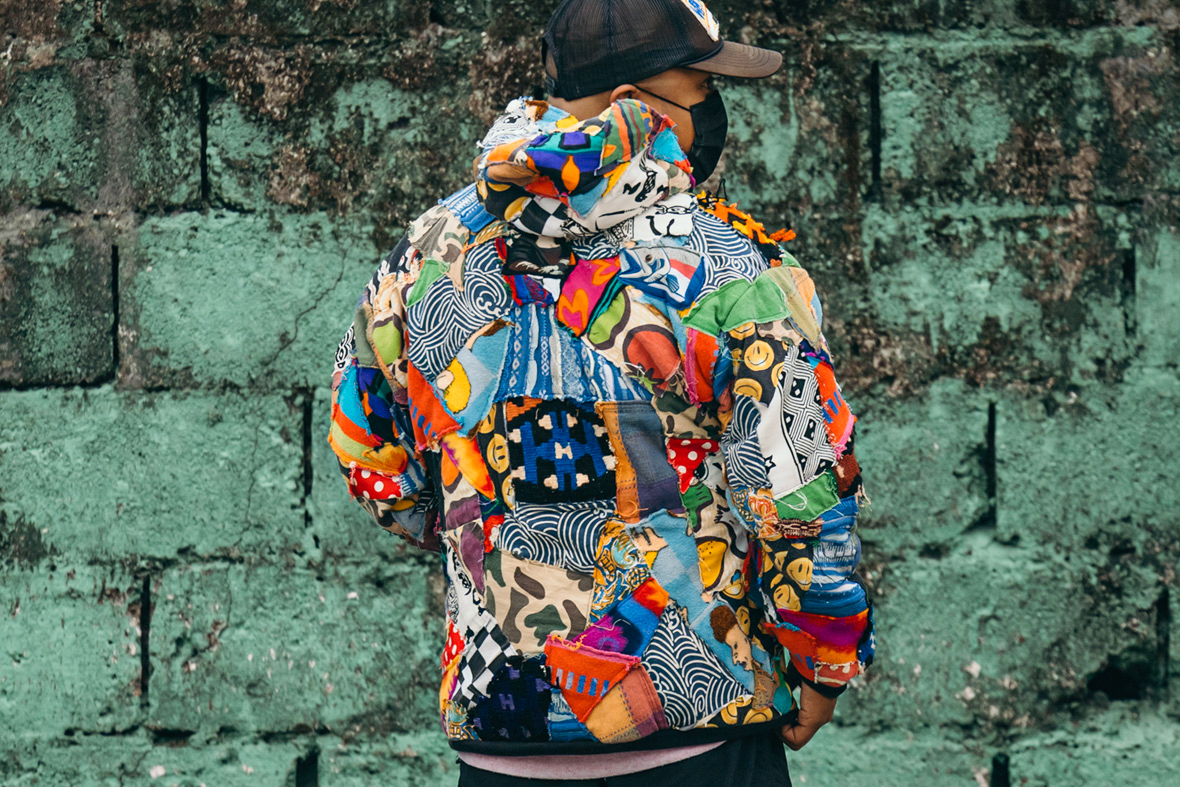 When you put something good into the world, more good will come back to you. Filipino upcycling clothing brand Karma lives by this concept. By repurposing used clothing in new and interesting ways, the brand aims to promote the idea that style can be expressed without contributing to the destruction of our planet.

“I didn’t start Karma to explicitly make a profit,” founder Erik Saguiped says. “I really just wanted to raise awareness about the possibilities of upcycling. I’m literally adding positivity to the lifecycle of clothing! Hopefully, this will show people a different perspective. People can make their own upcycled clothes too if they just try, and I hope to inspire them.” 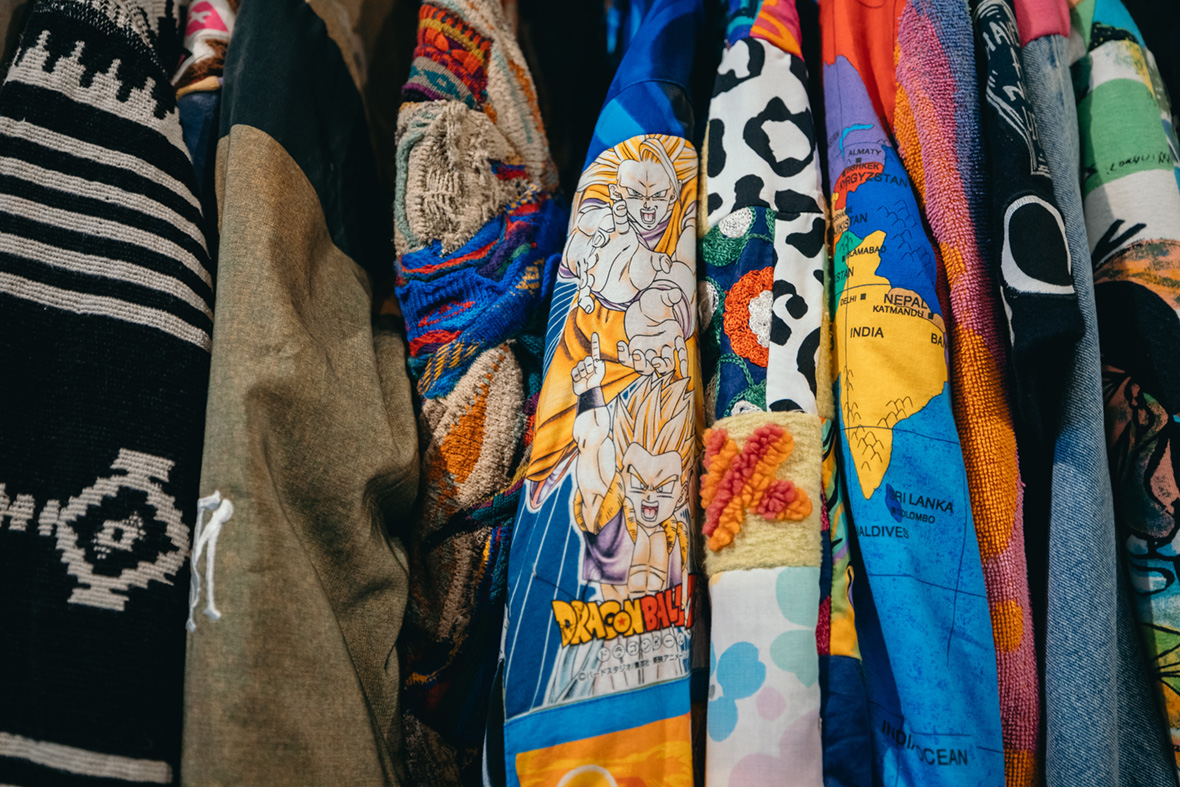 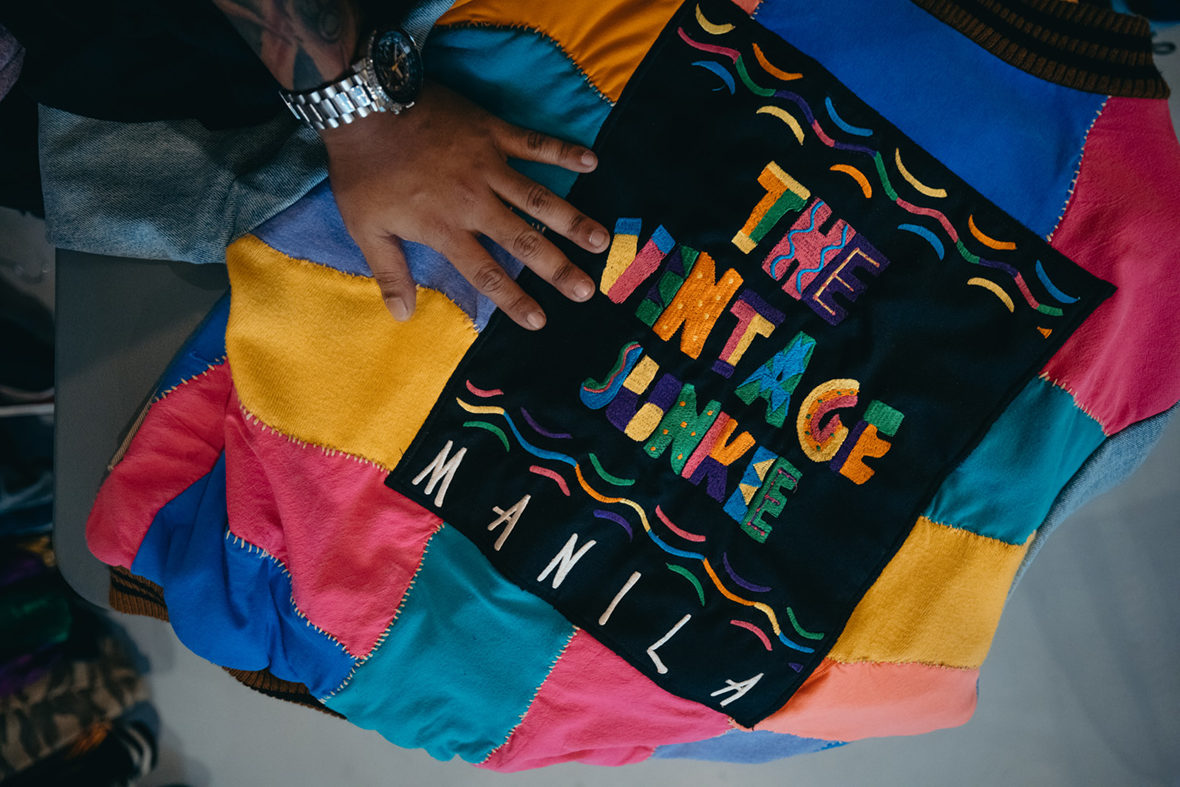 The Karma brand is riotously colored and raw by intent. Patches of material are pieced together in jagged patterns with stitching that’s bulky and visible. “I like it loud,” Saguiped grins. “I like the presentation to look manually made, not too perfect.” Frequently, he’ll feature well known brands as a way to show appreciation. There’s a series made from his collection of Tommy Hilfiger pieces, a jacket featuring the Ralph Lauren Polo bear, and a pair of NBA shorts. His Human Made jacket is made with T-shirts from the early 2000s. “I get a lot of stuff for my upcycling from the clearance racks in my shop, and this jacket was made with pieces that were too small for anyone to buy, but I still appreciate them and wanted to make use of them.” Even when upcycling, there are a lot of leftover scraps, and he uses these trimmings for even more pieces. 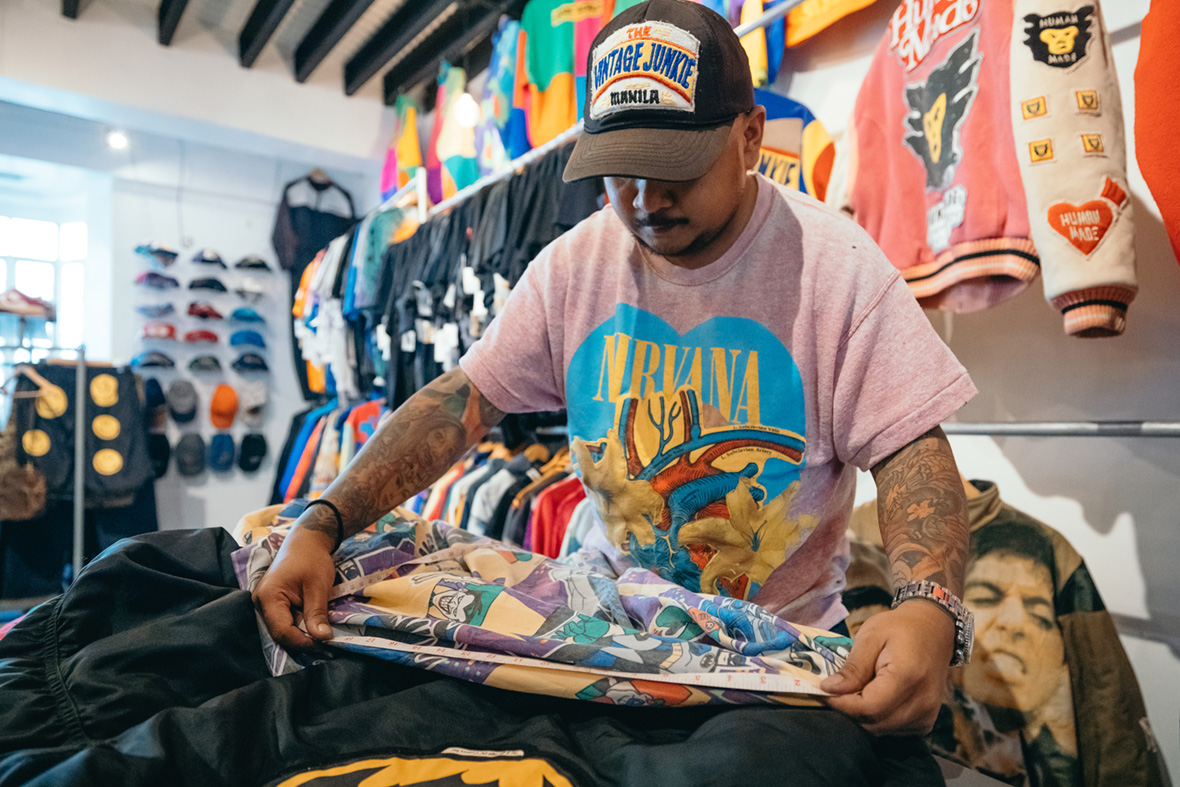 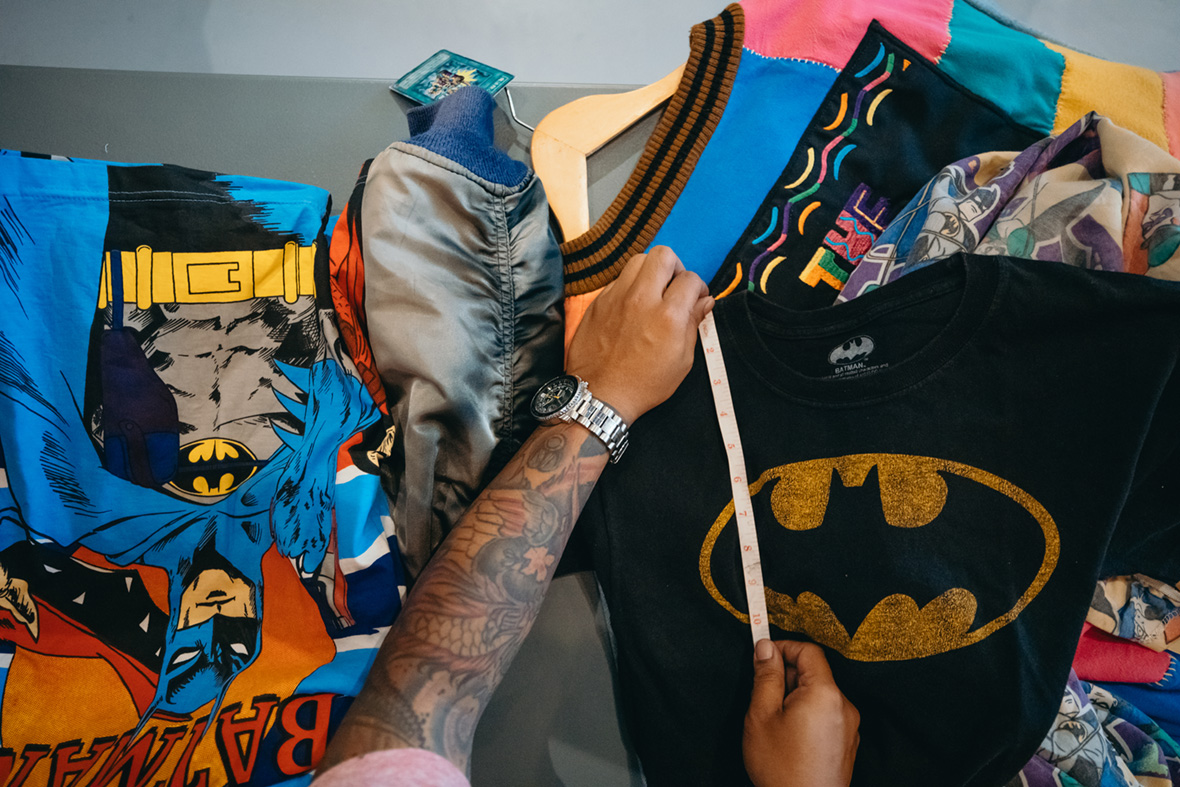 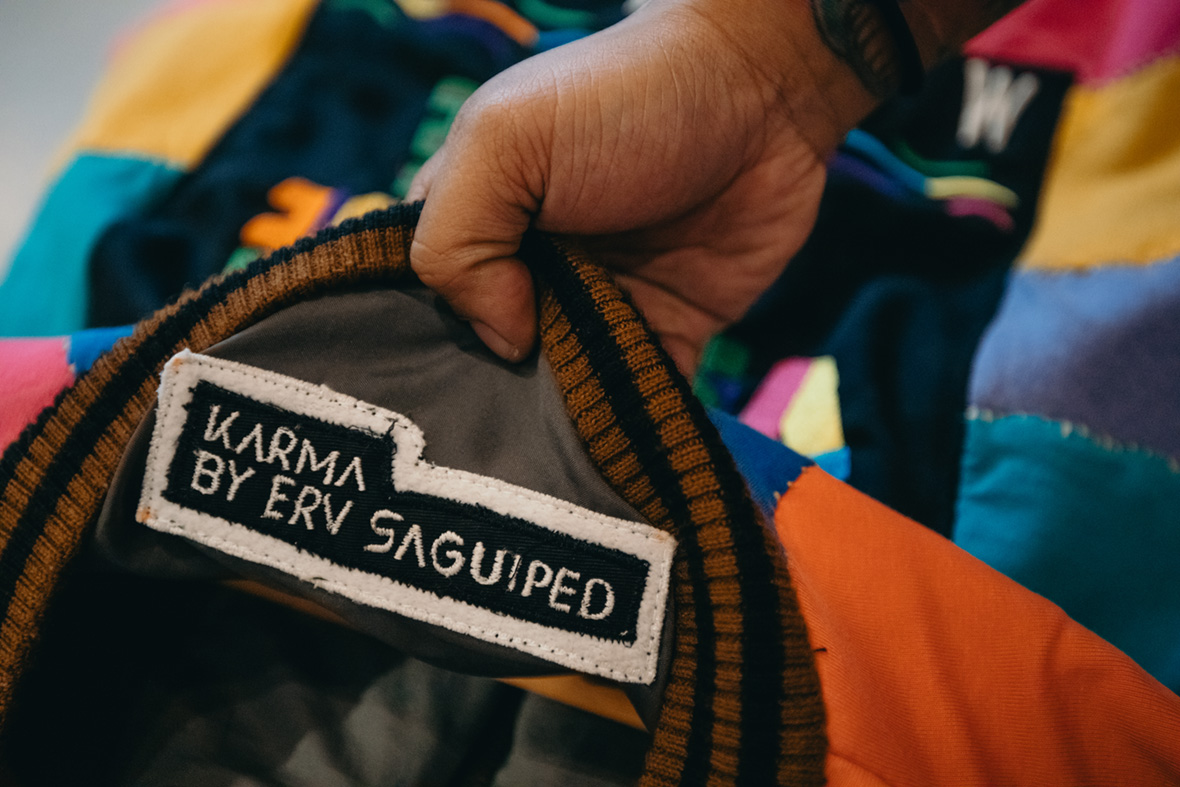 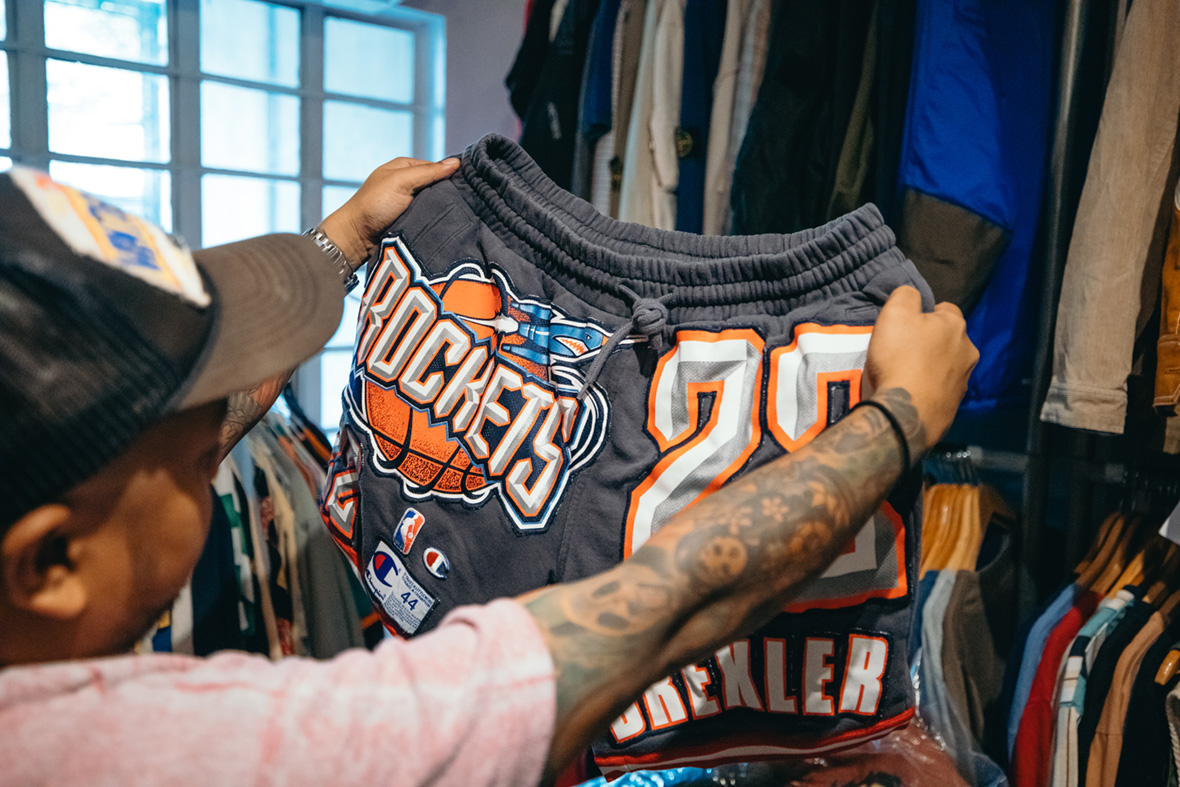 Saguiped got a taste for fashion in high school and has been getting his clothes tailored since he was a kid. He’s been collecting vintage clothes since 2014, drawn by their uniqueness and affordability. “One reason I started thrifting was because I didn’t have enough to buy brand name clothes,” he says. “But it’s also like wearing a one-of-one piece, because no one else has the same one.” 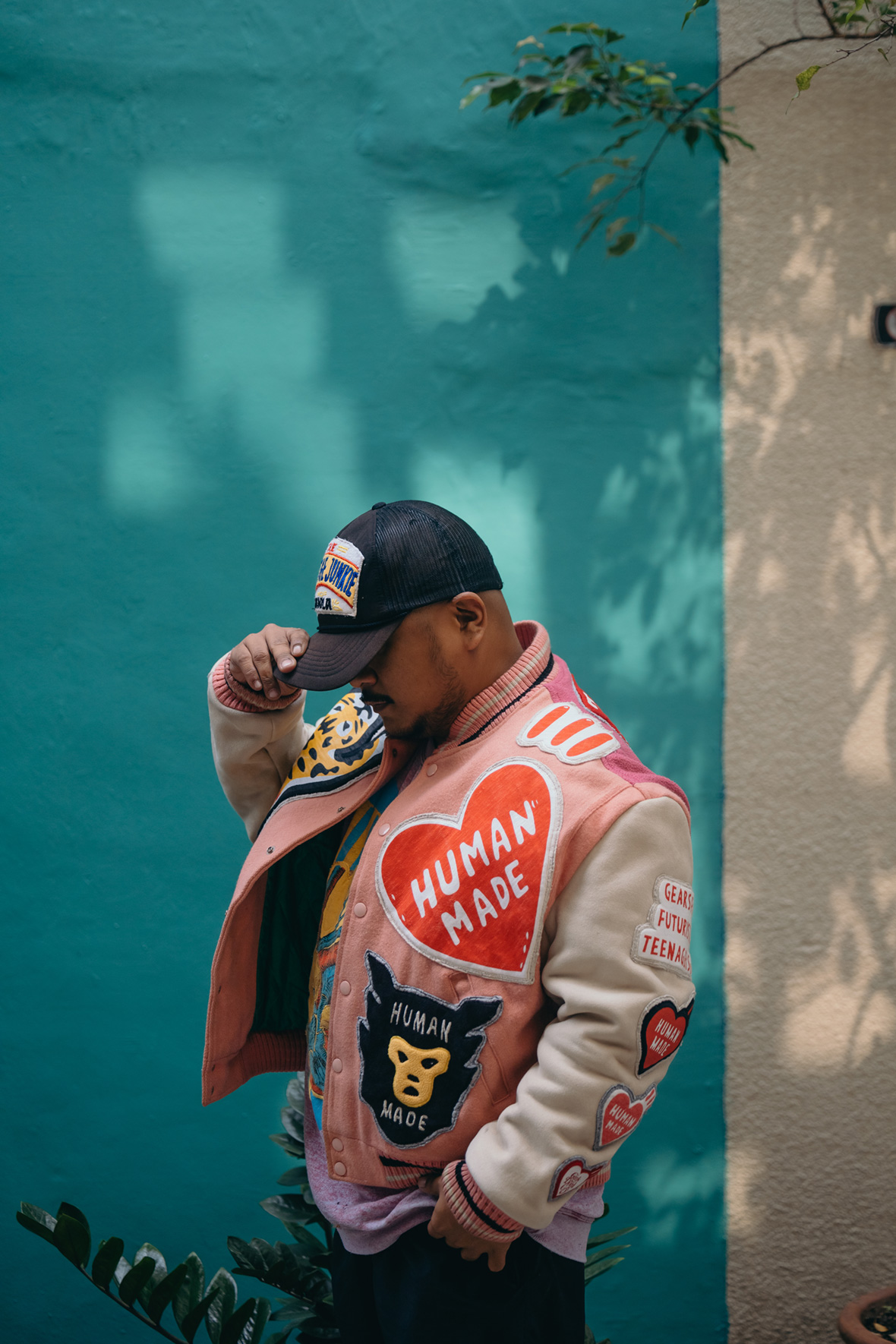 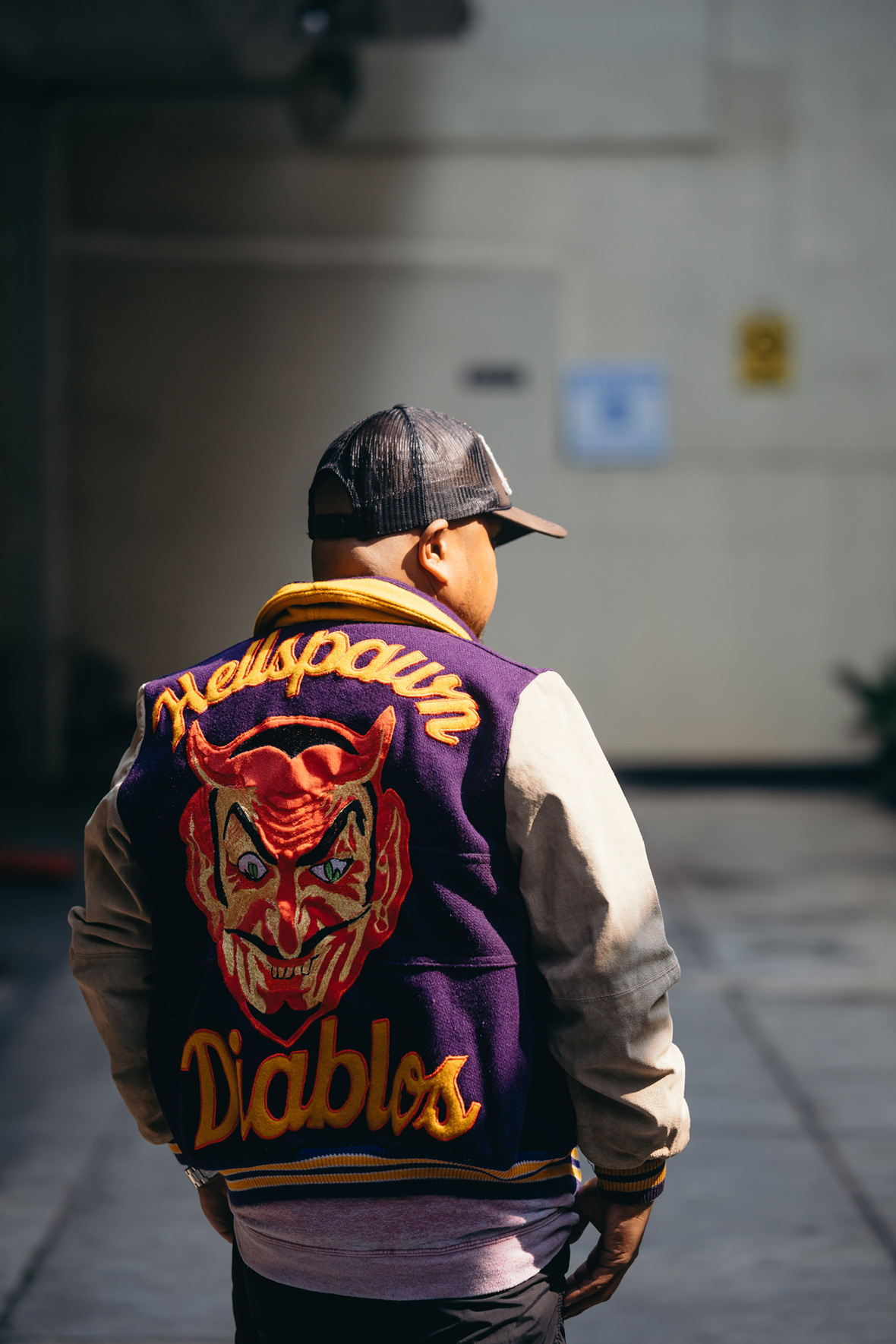 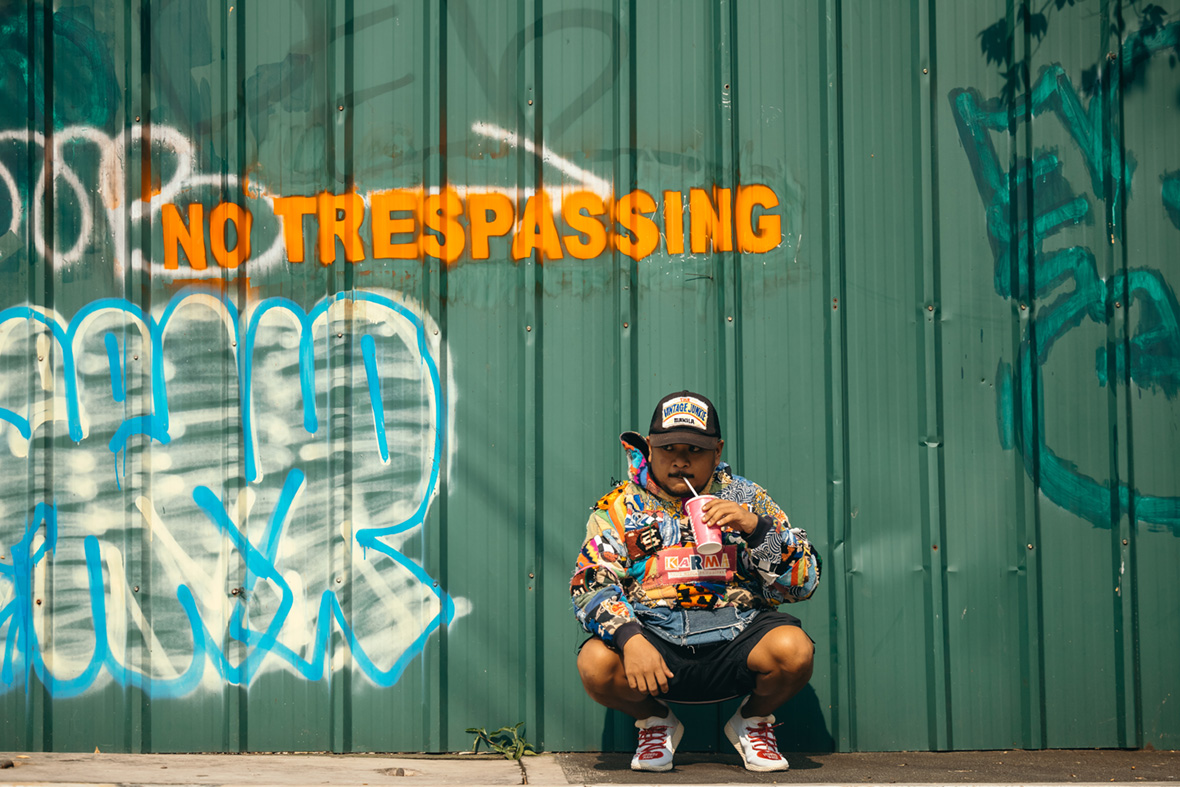 It wasn’t long after he started thrifting that he began thinking about the impact of fashion on the planet. “Within a year, I was exposed to issues related to fashion like global warming and waste through the vintage community,” he says. “I’m an unhealthy hoarder, and I had to ask myself how many shirts I can actually buy and what brands I would support.”

Inspired by designer Nicole McLaughlin, he landed on the idea of upcycling as a way to advocate for sustainability and as a way to leave a legacy, but it would take a few years before he really focused on it. 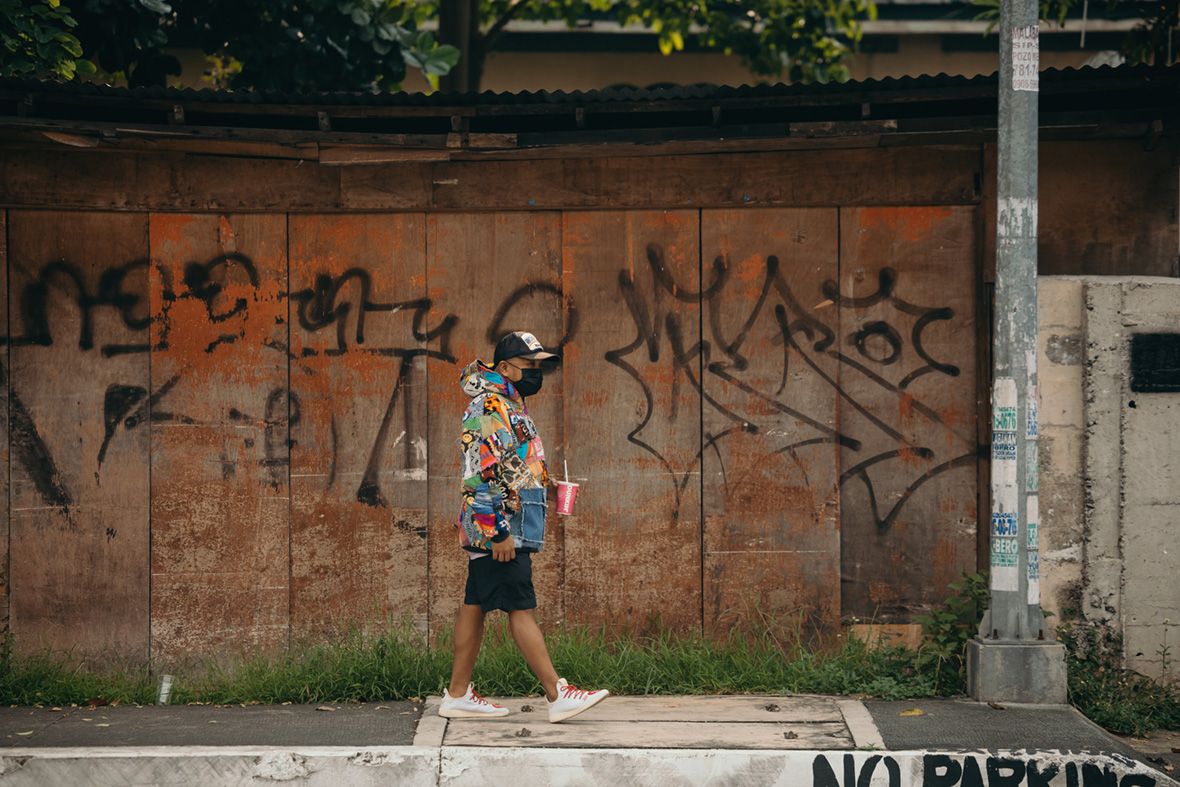 In 2017, Saguiped launched The Vintage Junkie Manila Instagram page to sell clothes from his personal collection to support his vintage habit. In recent years, opportunities for vintage sellers in the Philippines exploded as people took to Instagram Live and started auctioning clothing to international customers with the help of an influential host. When the pandemic hit, online sales took off, and he was able to earn enough to open a physical shop with three other sellers called Community Flea Market. To fill the racks, they pull pieces from their personal collections, but also go out seeking out gems in thrift shops and flea markets. 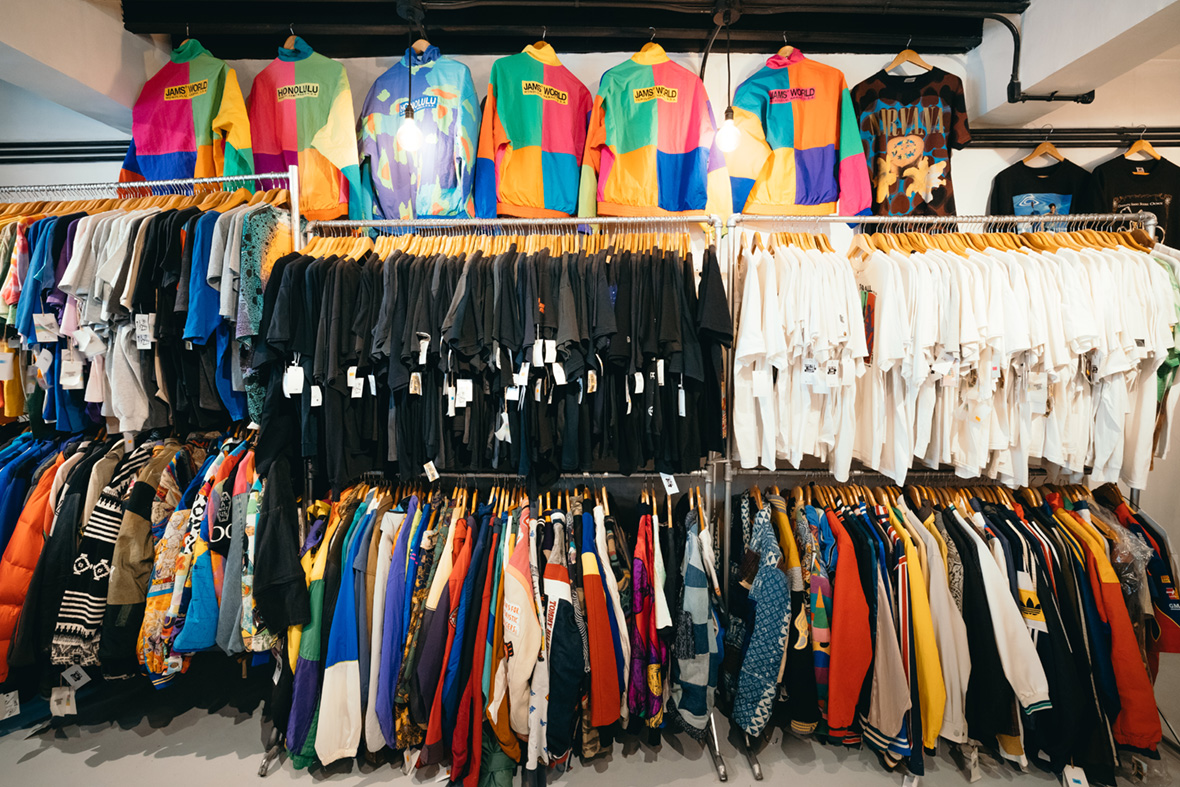 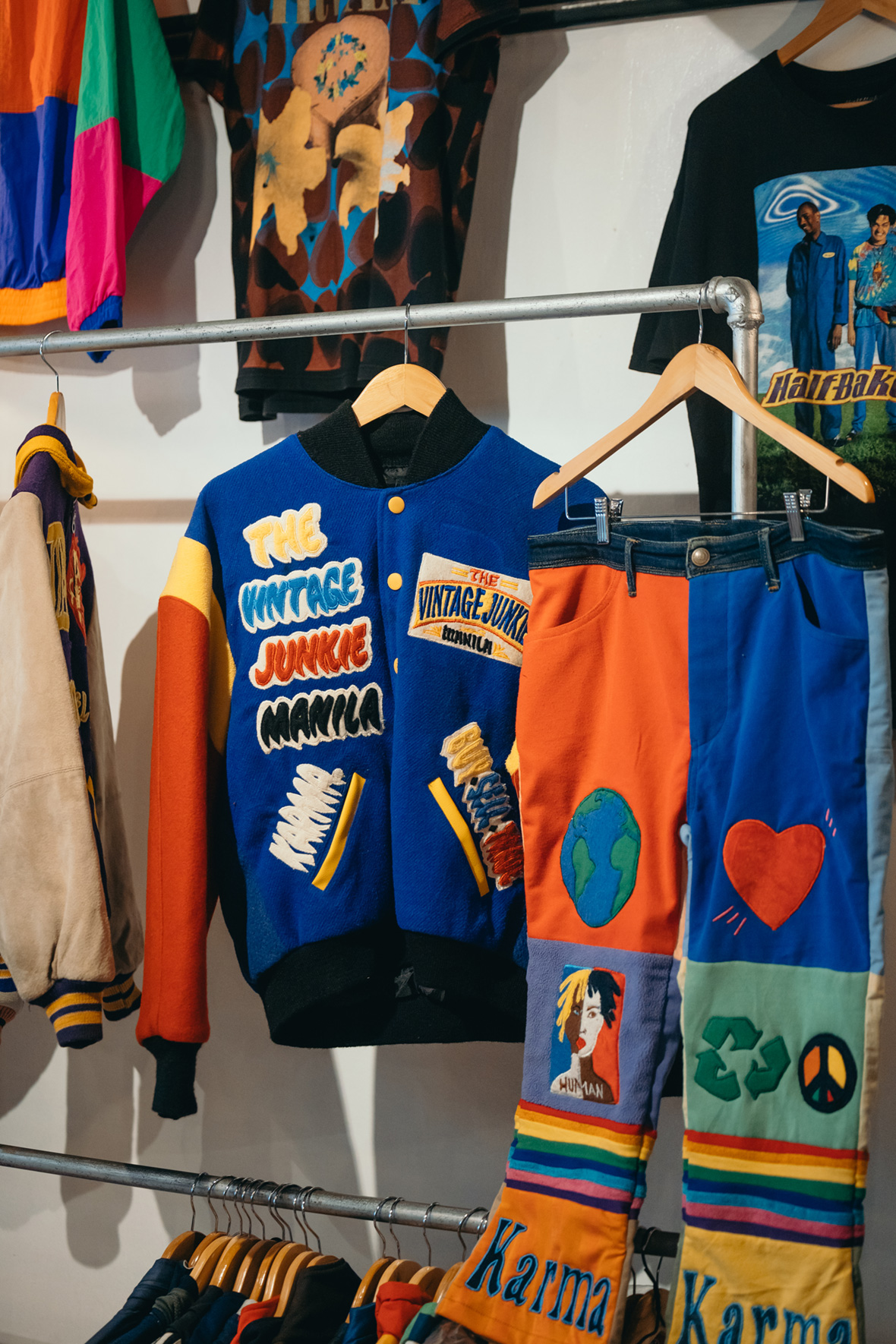 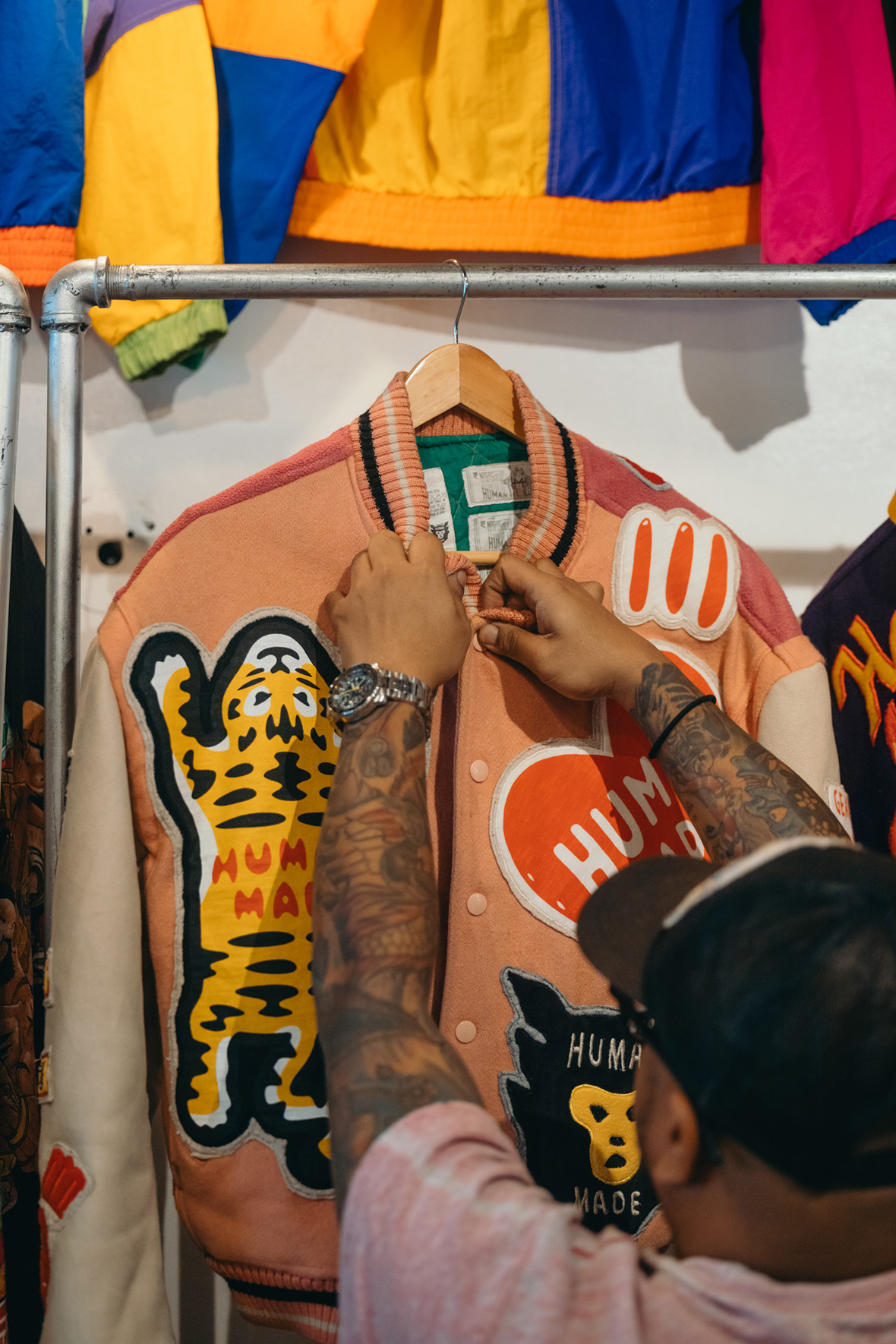 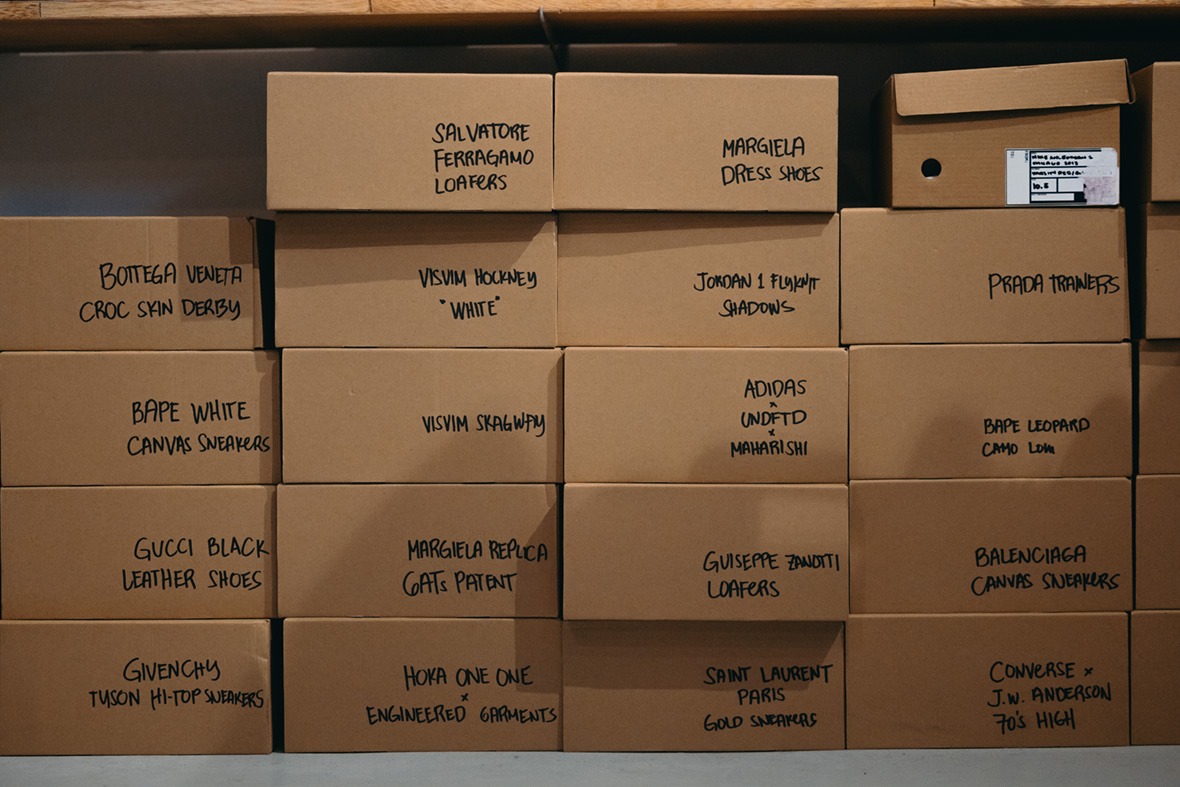 Importing used clothing is technically illegal in the Philippines, but thrift shops (called ukay ukays in Filipino) are a common sight and Saguiped is a regular shopper. “We go to shops on arrival days,” he says. “Some give us first access, midnight deals before the public get to see it, and usually there’s a fee. Sometimes it’s double the regular price, sometimes there’s a minimum purchase. I look for weird and obscure stuff, clothing I don’t usually see, because that’s special.” 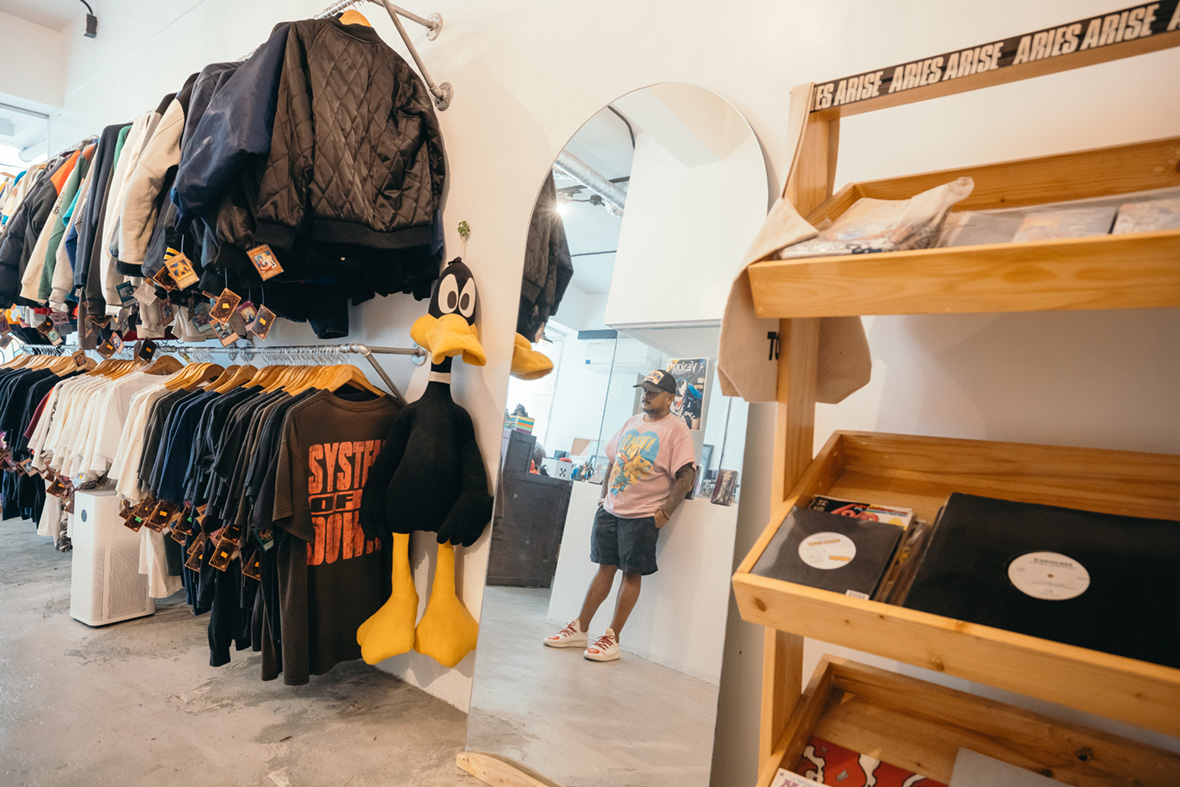 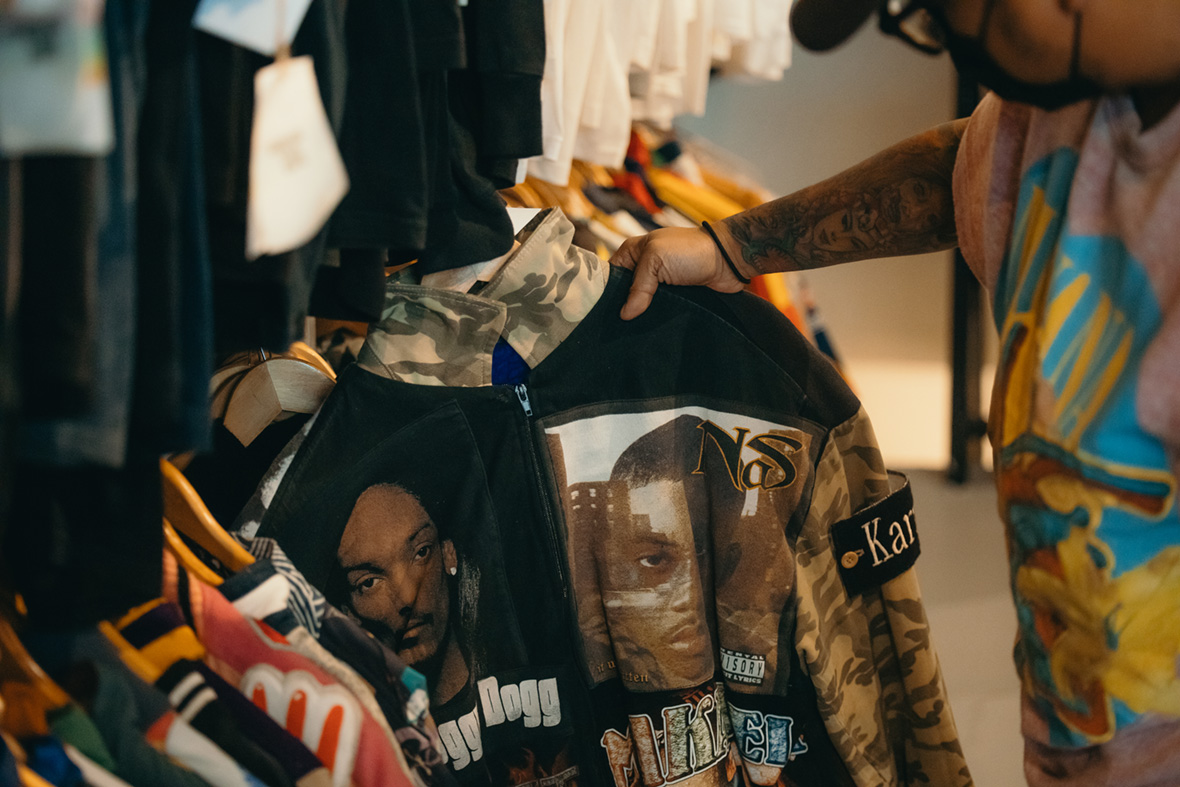 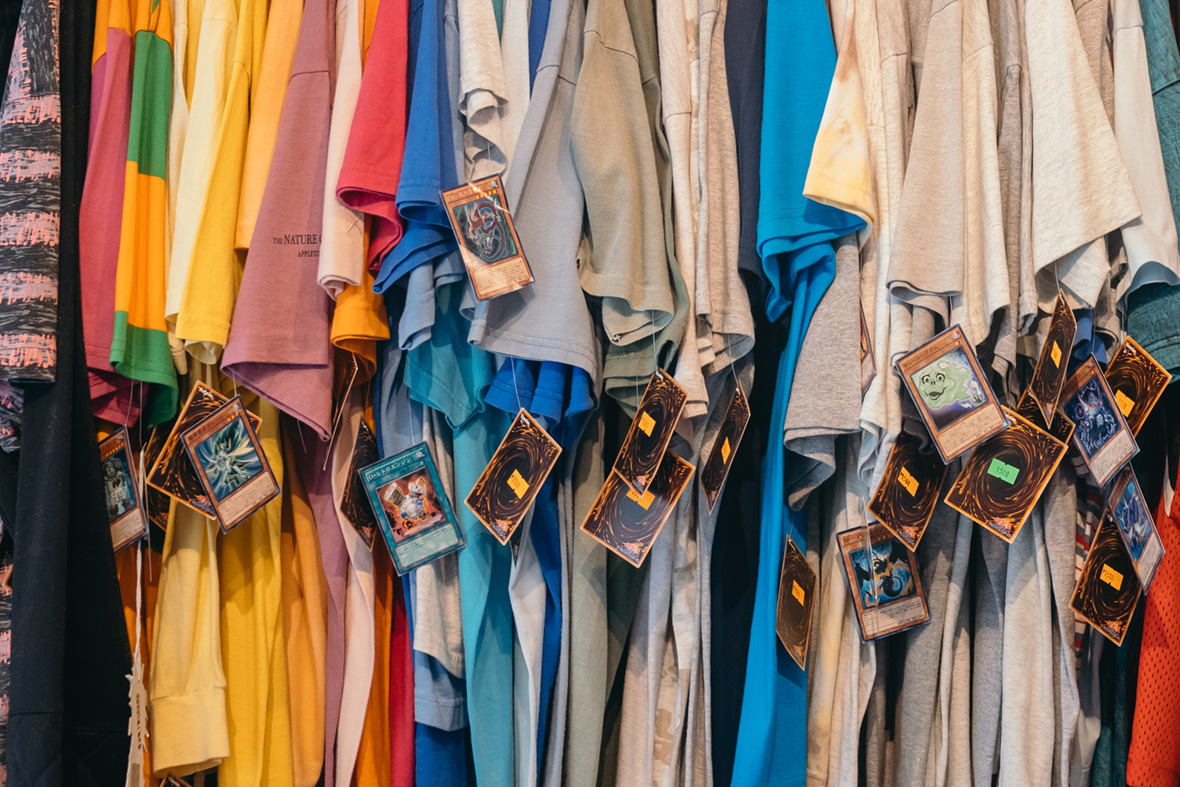 Although Saguiped was able to cash in on the secondhand-clothing boom and turn his passion into a career, it also left him feeling jaded: “It really burned me out, all these people bidding for the same thing and seeing these insane prices. This was the opposite of what drew me to the community. People like to show off how expensive their vintage clothes are now, it’s being saturated with people who want clout.”

The boom is what motivated him to focus on Karma, which he launched in 2016 but didn’t take very seriously until recently. Saguiped doesn’t own a sewing machine and isn’t trained in design, so he leans heavily on local, family-owned tailors: “They know me well, they’re familiar with my tastes. As a designer there are times when I think too abstractly, so they help bring me back to ground.” 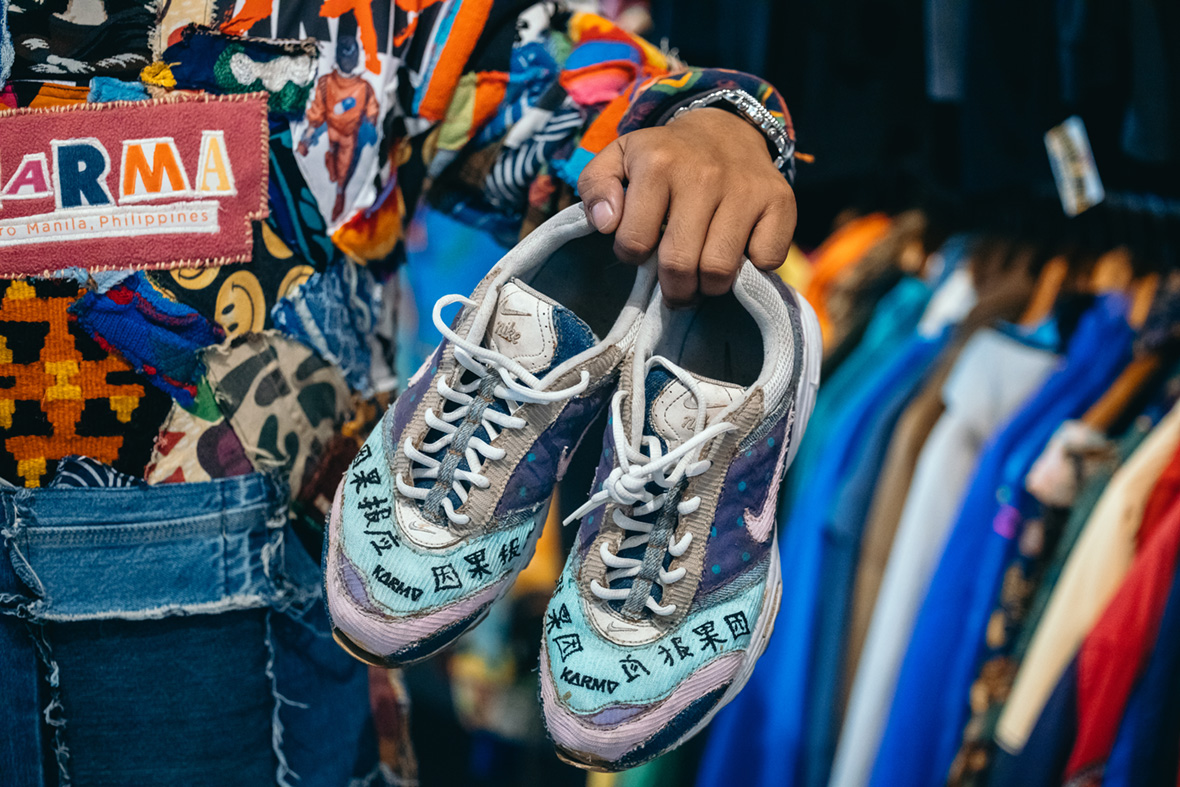 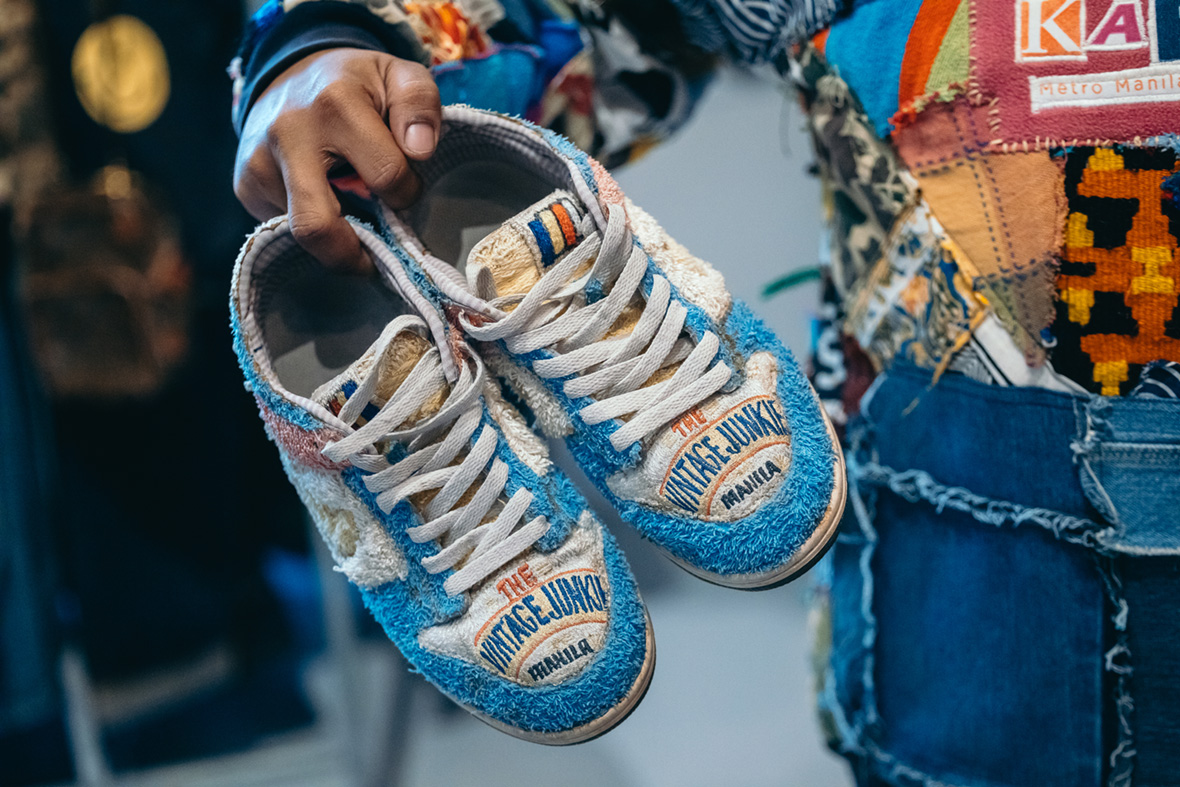 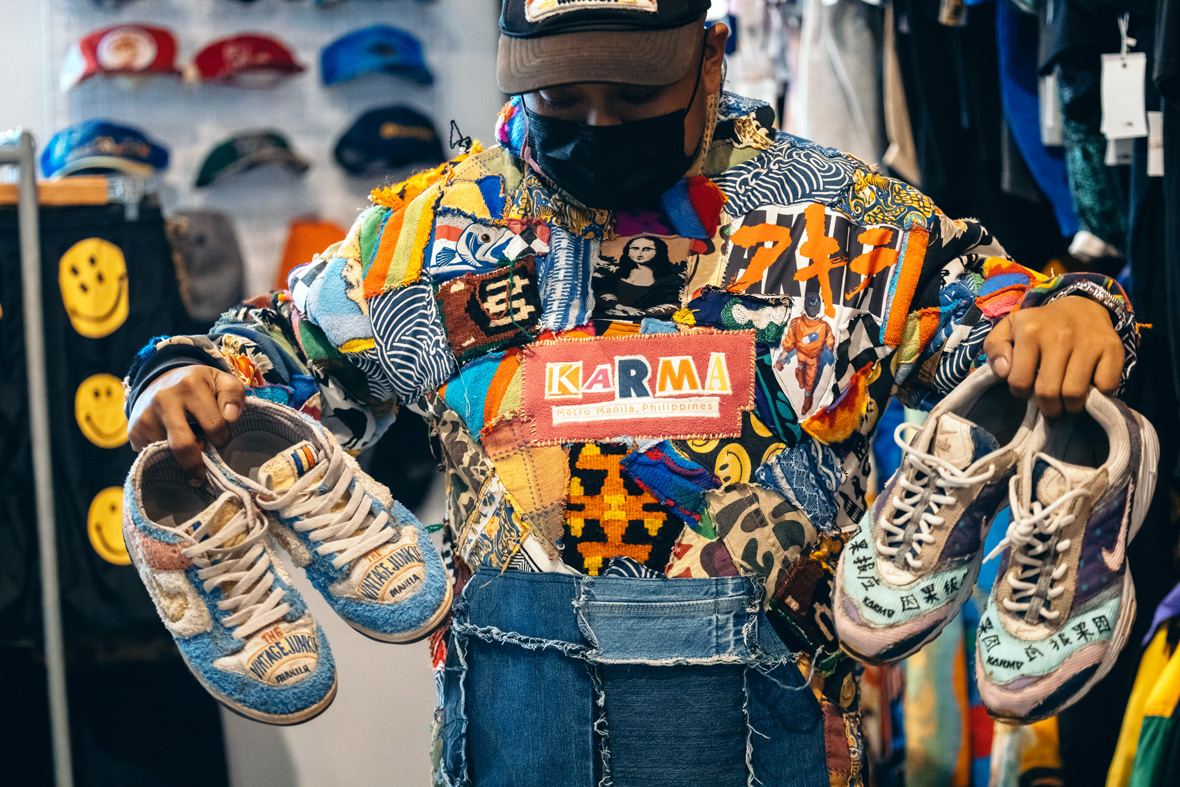 For many of the same reasons that he was personally attracted to upcycling, he thinks more people will follow from the vintage community. He started posting his Karma pieces on his vintage page and that was where he got most of his early supporters from. “I think this is the natural progression for vintage lovers who are seeking out creative and unique clothes that don’t damage the environment.” And he says that it’s started to attract the interest of people outside the vintage community as well. “These days people are more aware about how fast fashion is destroying the environment. I’m not going to be a hypocrite and say my lifestyle is 100 percent sustainable, but I’m trying to contribute to a reduction in waste and raising awareness.”