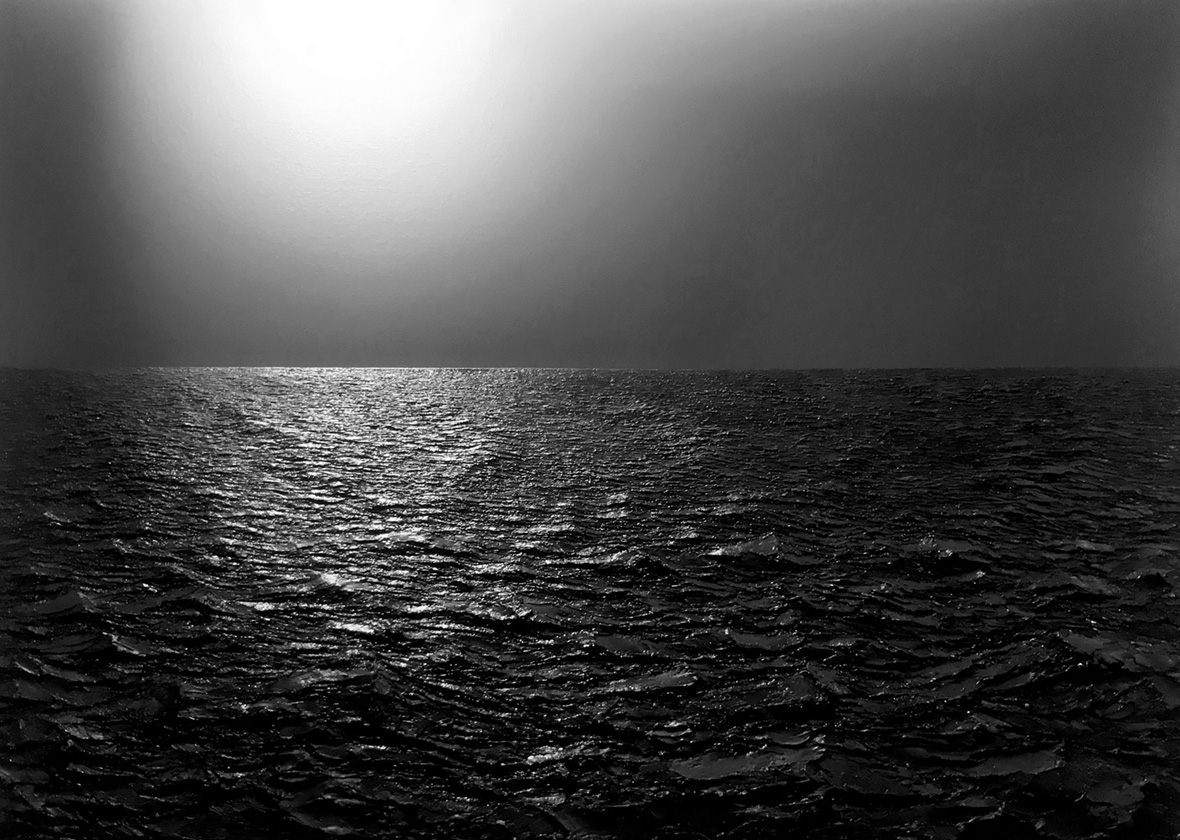 Calm, endless seas reflect a cold moon and bleak skies in the paintings of Bao Vuong. The French-Vietnamese artist recreates the perilous seaward journey his family was forced to risk decades ago. Each painting aches with tranquility and intrigue, depicting a voyage into the unknown on the path to a better life. Their destination is hidden from sight behind the nighttime horizons, but so is the point of departure behind them. Despite a yawning unknown, there’s comfort to be found. 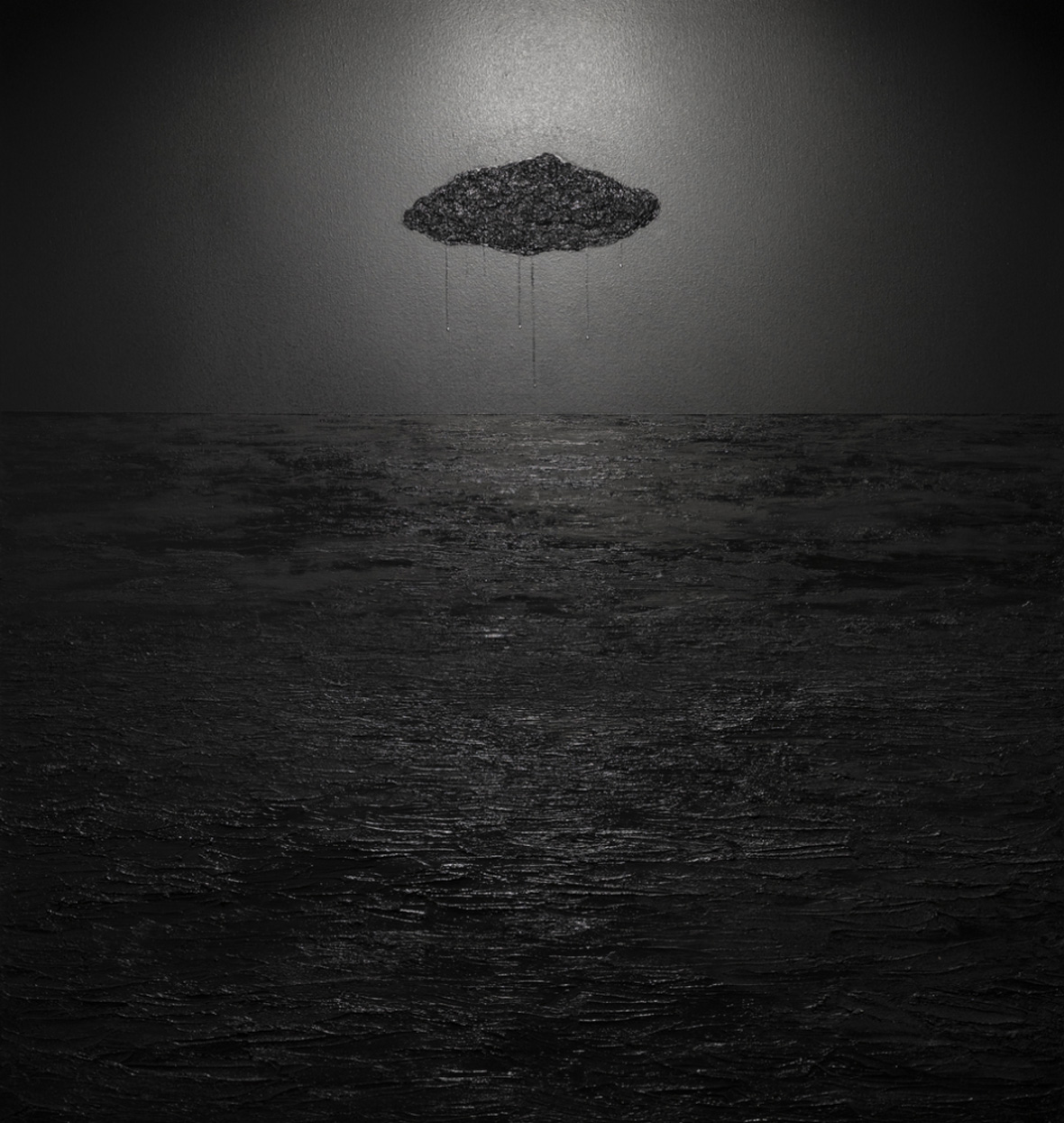 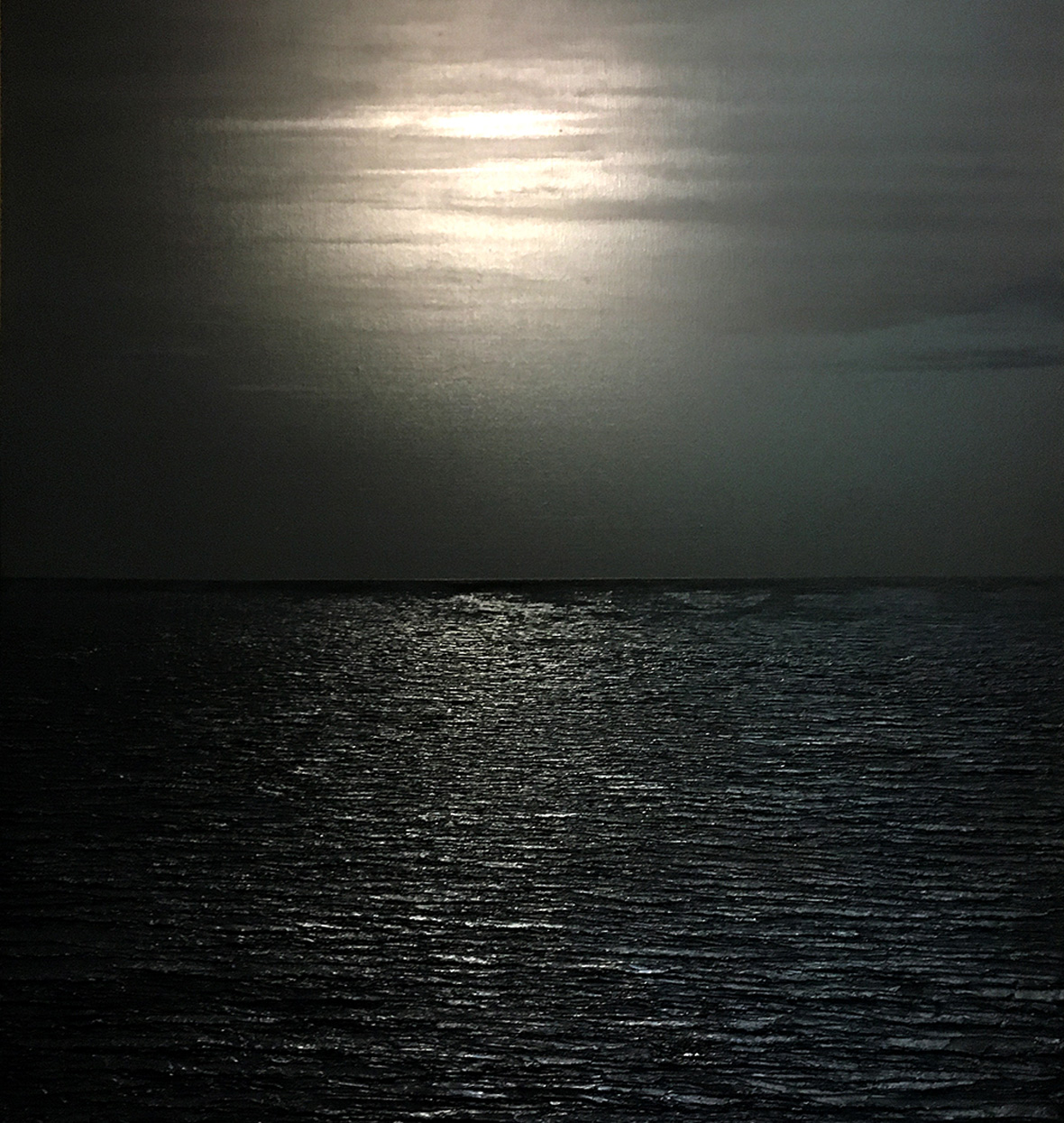 Vuong is a 43-year-old painter born in the southern Vietnamese city of Vinh Long. At one years old, his family fled the country as the north claimed victory in the American War. His father, who fought in the southern army, feared being thrown into a reeducation camp, so like many others, they escaped by sea. It’s estimated that nearly 800,000 Vietnamese boat people survived the journey, while hundreds of thousands more didn’t make it.

His family hid in the country for six months before finally setting out under the cover of darkness. Vuong says pirates attacked their group three times, robbing them and raping the women before they finally reached the shores of Malaysia. But they were turned away by the coast guard and sent back out to sea without supplies or water. It was only thanks to rain that they survived before being rescued by another ship. They ended up in Indonesia and were eventually accepted by France as refugees. 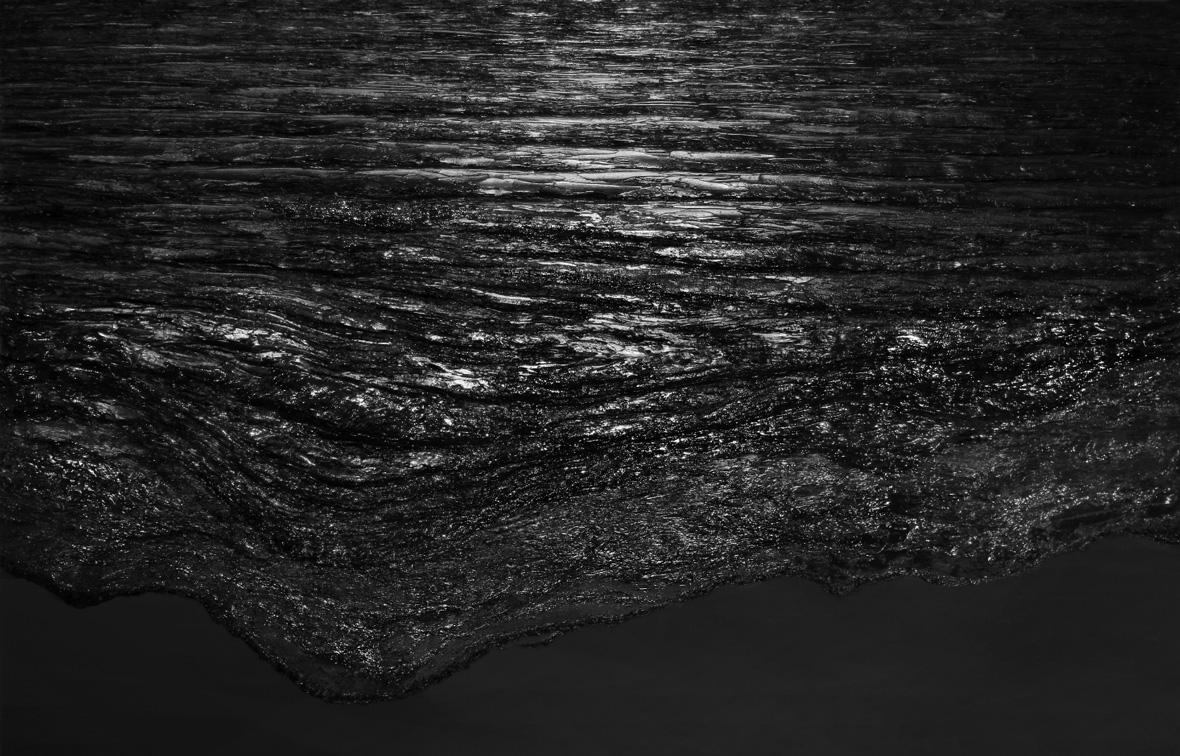 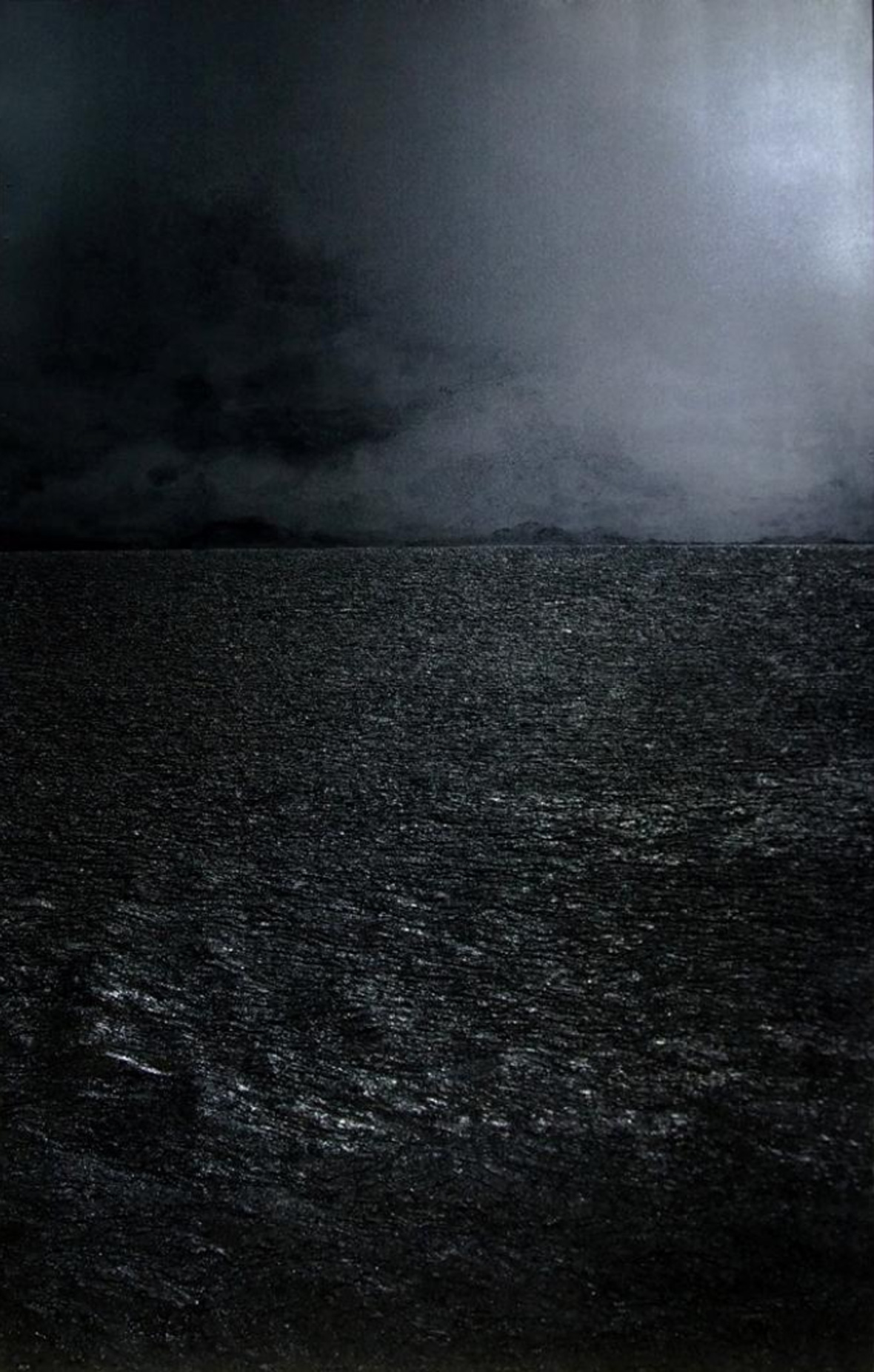 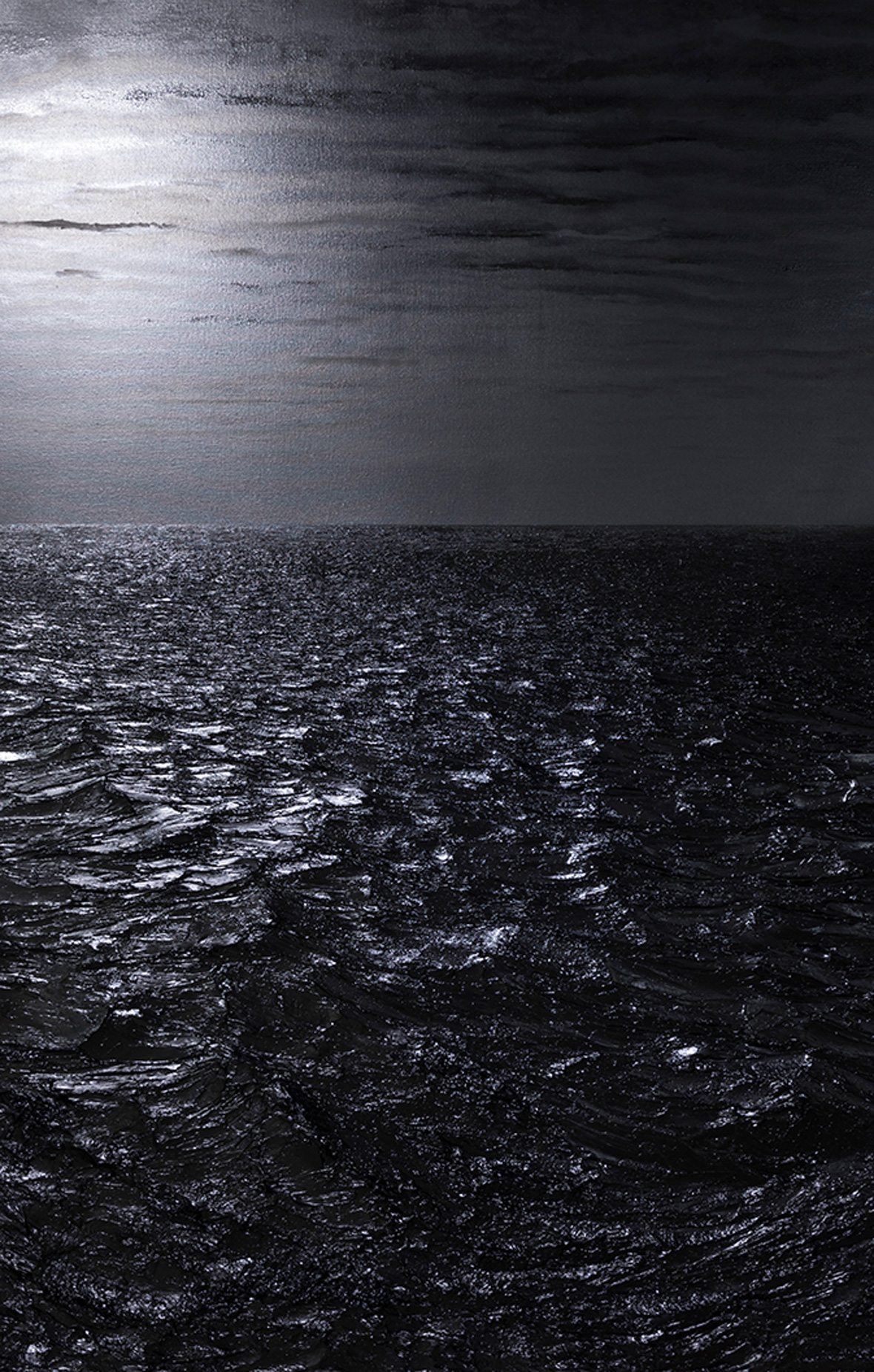 “My mother didn’t tell me any of this until I was 23 when my family was back in Vietnam for a holiday,” Vuong relates. “I became obsessed with the idea of representing the refugees’ story. The story of my mother. My story.”

To reclaim these tales of heartbreak and survival, he started The Crossing series in 2017. The collection of lampblack oceans in the dead of night captures the dreadful experience they were forsaken to. He evokes the feeling of an impenetrable darkness, one that piles onto the grief of these displaced people and their constant fear of perishing at sea.

Most of his paintings are created with a singular color. The varying thickness of the paint and textures that Vuong works with create a luminosity and shape. Thinner layers of paint in the sky give the effect of moonlight. Below, thick layers are carved with palette knives to form the waves. The gobs of paint can take months or even years to completely dry, and the details etched atop them create texture for ambient light to reflect off. The appearance of the paintings change depending on the position of the light source, the color of the light, and the angle viewers see it from. “These are paintings that are always changing; ‘elusive’ I would almost say,” Vuong explains. 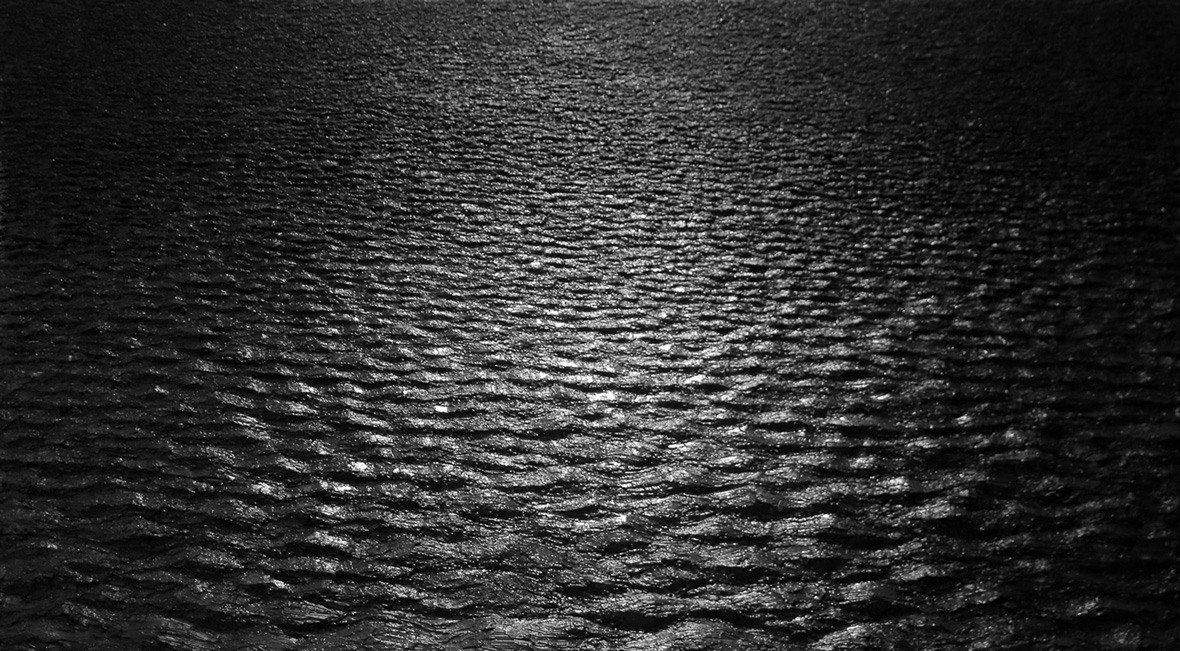 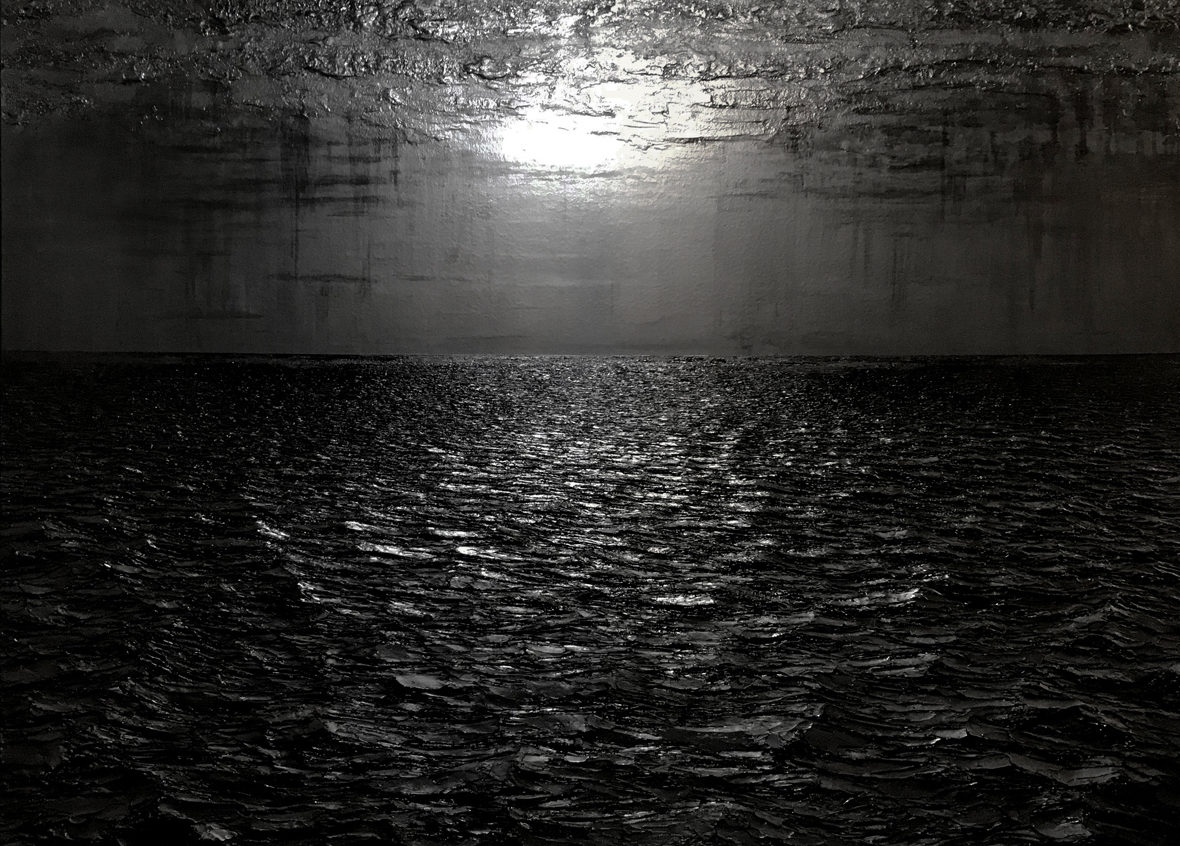 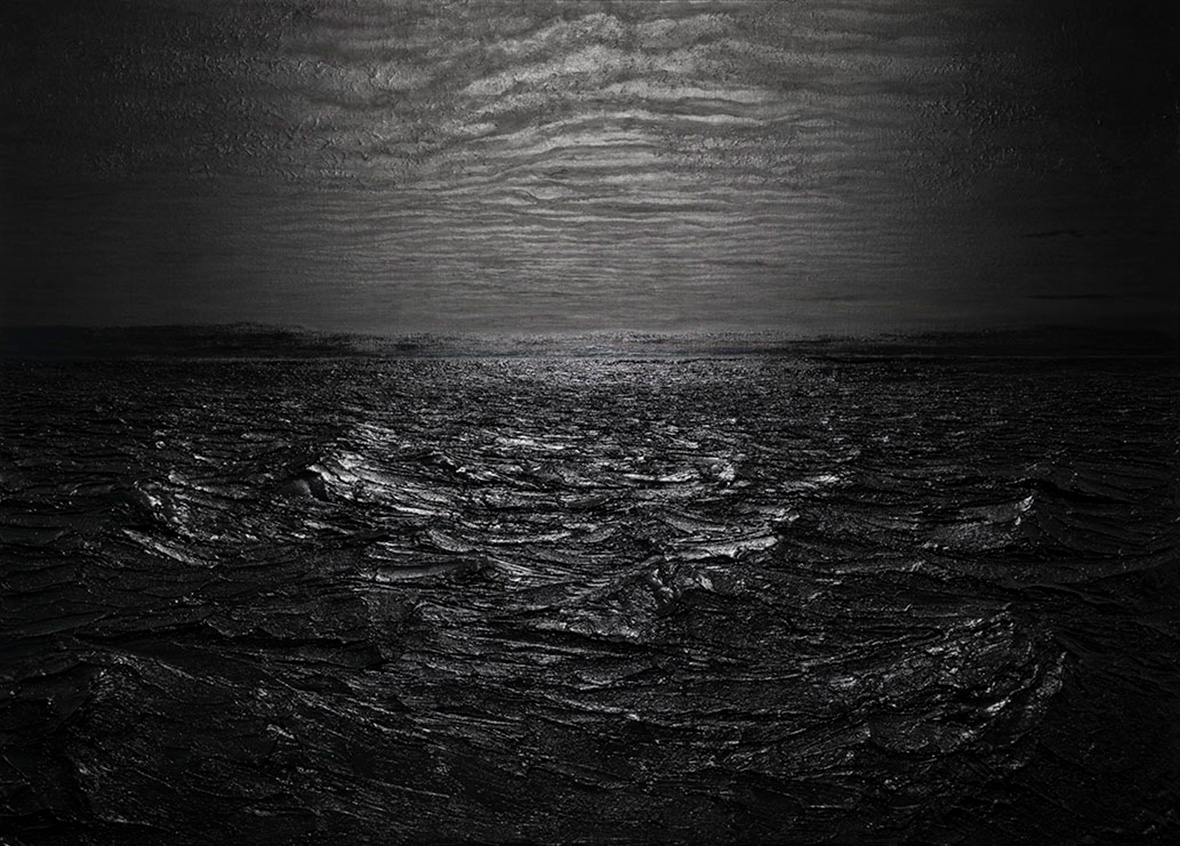 Despite the horrifying journey he strives to recount, there’s a silver lining. Vuong believes the sea is more than a place of loss and sadness. He grew up in towns by the sea and says the ocean comforts him. His parents even tell him “water” was his first word. Working on the paintings is also meditative, and as he paints thousands of small waves line by line, he often finds himself in a kind of trance. 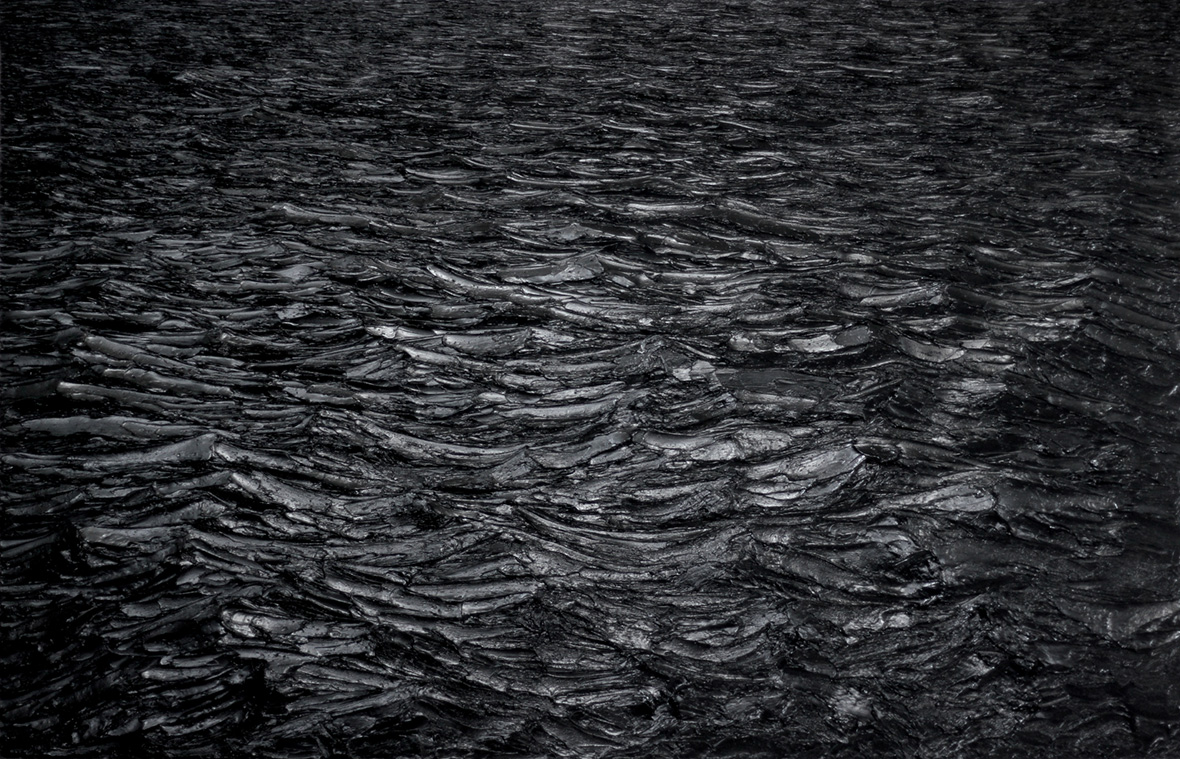 Vuong says his family struggled for decades in this unspoken darkness, weighed down by an unexpressed pain. While their brutal experiences are central to the paintings, his art captures more than just trauma—it’s about triumphing over it: “My work is an allegory about overcoming darkness in general,” he explains. “I think that we all have very dark days in our life, and we all have a light inside us to follow. This light helps us to keep going, to keep crossing the ocean of life. Reflections of light on my paint strokes represent shimmers of hope that give birth to a survival instinct, echoing the promise for a better world.”