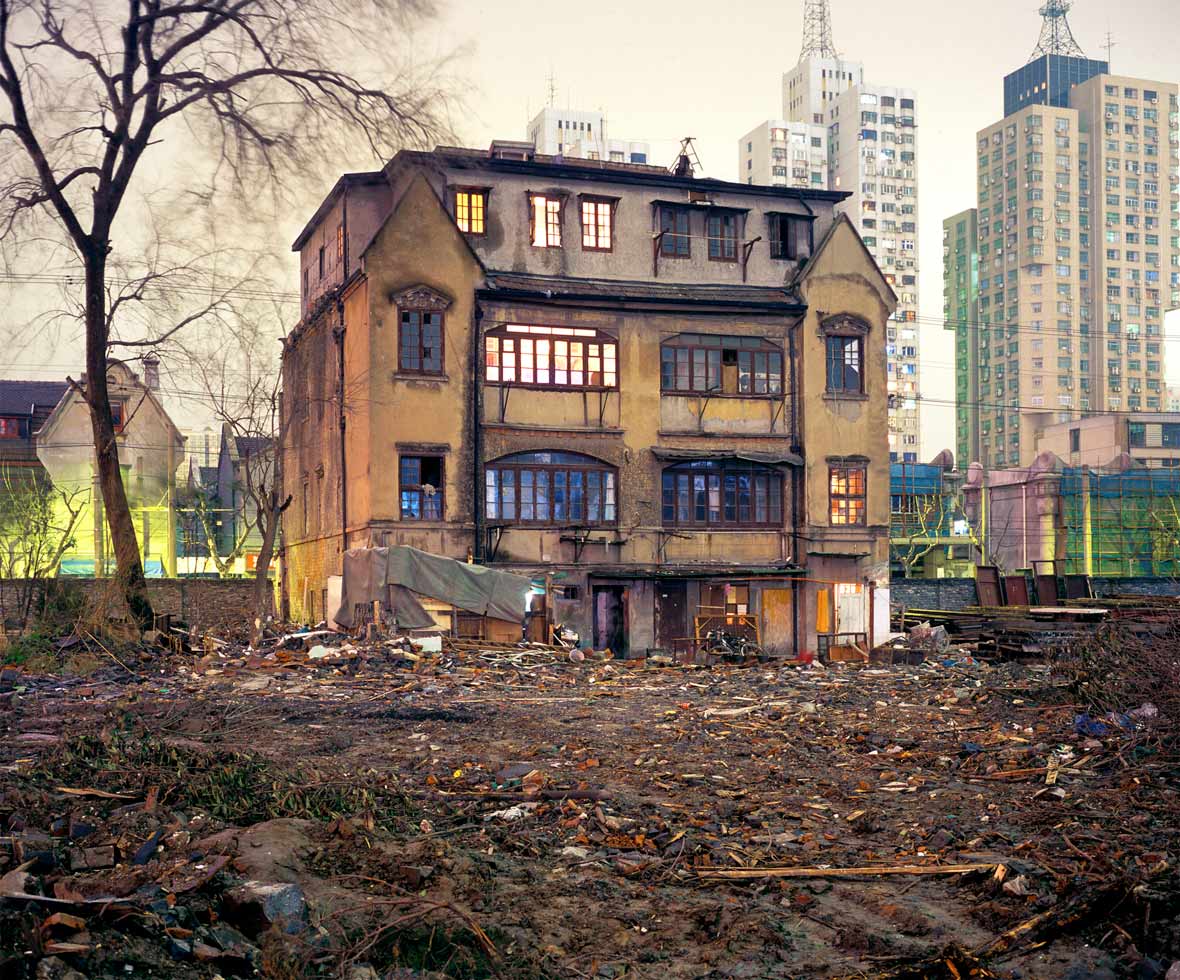 Canadian photographer Greg Girard has spent much of his career in Asia. As a result, many of his works are candid and stunning documentations of the social and physical transformations that have taken place throughout the continent. Some of his most well-known photo series capture moments and places that are now long gone, washed away with the changing times. Recently, Neocha spoke with Girard about Phantom Shanghai, a hauntingly melancholic photo series that documents the city’s jarring and rapid transformation into the skyscraper-filled behemoth that it is today. 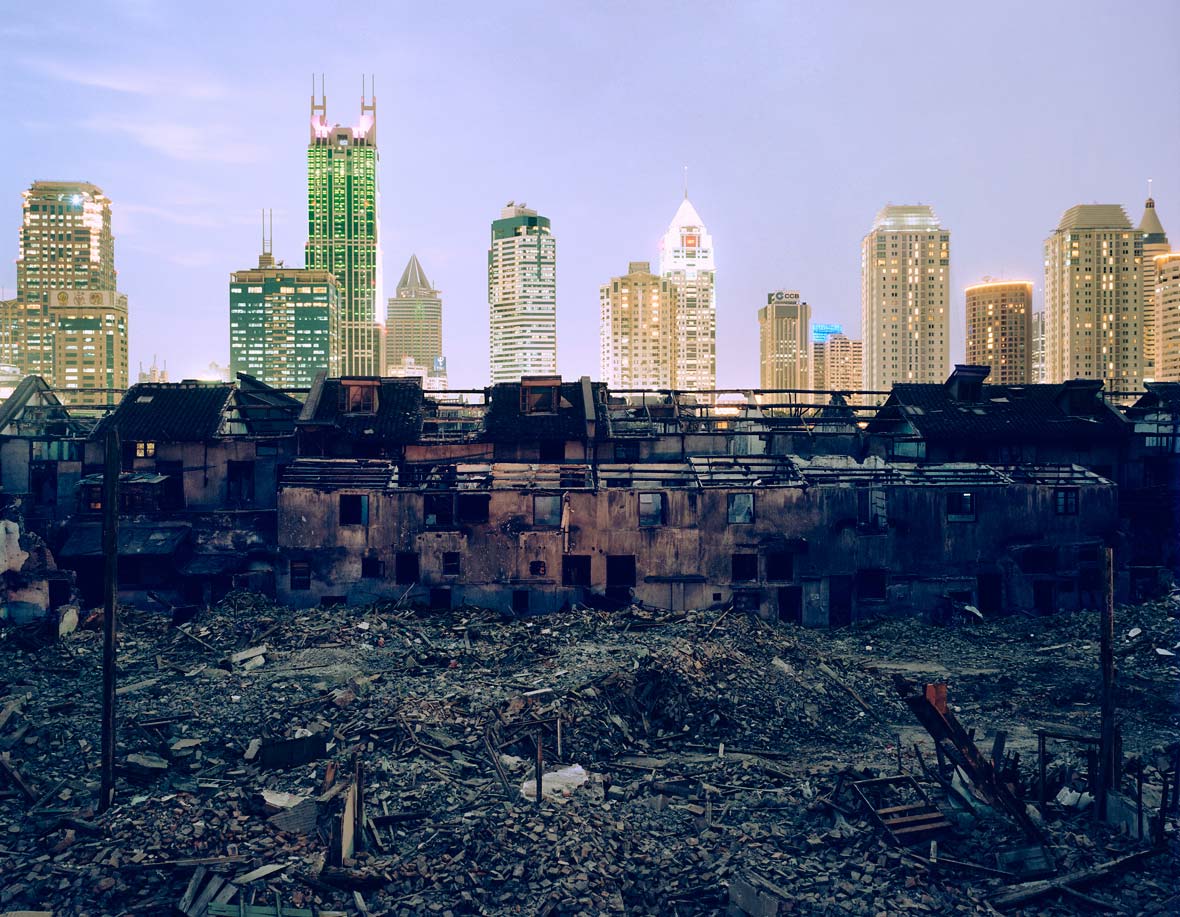 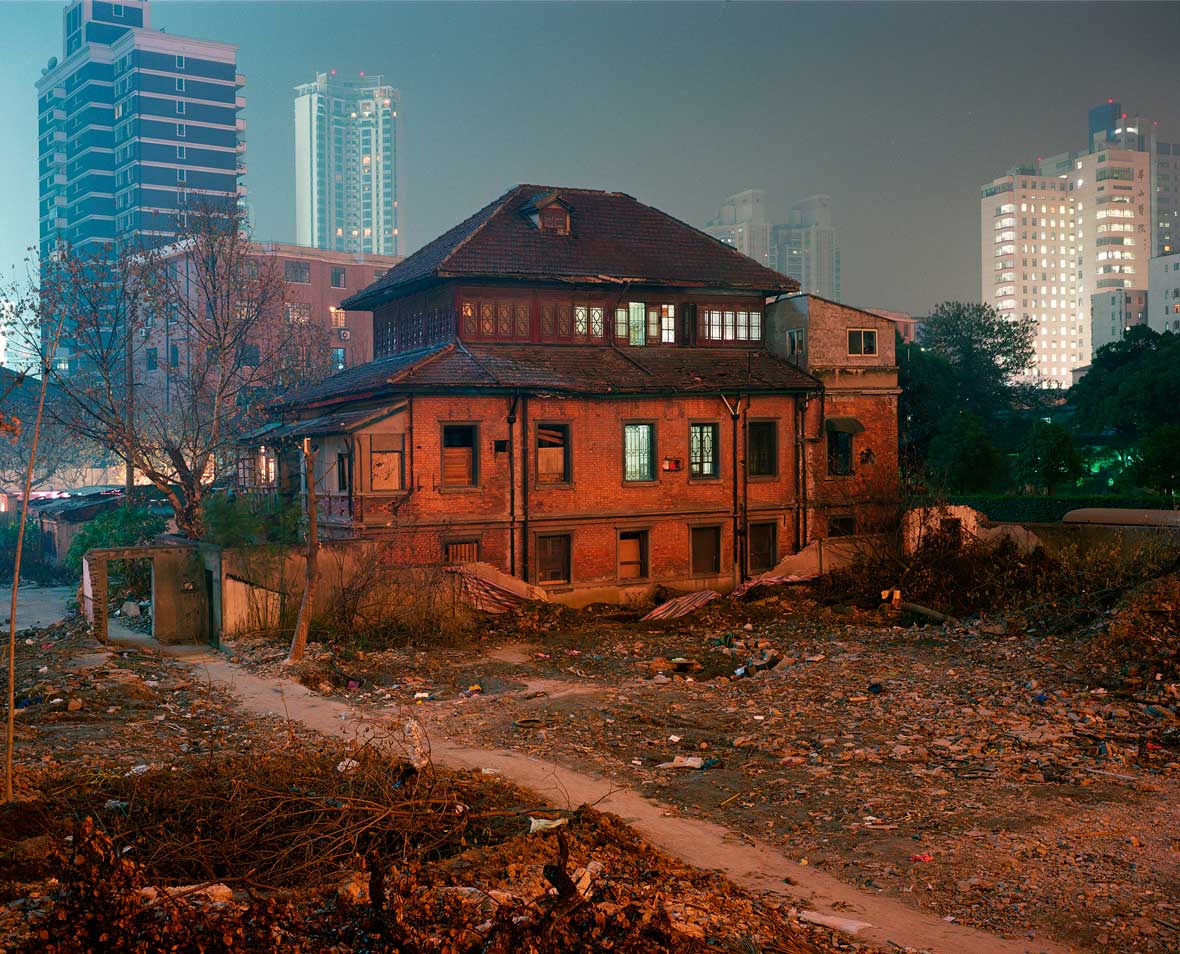 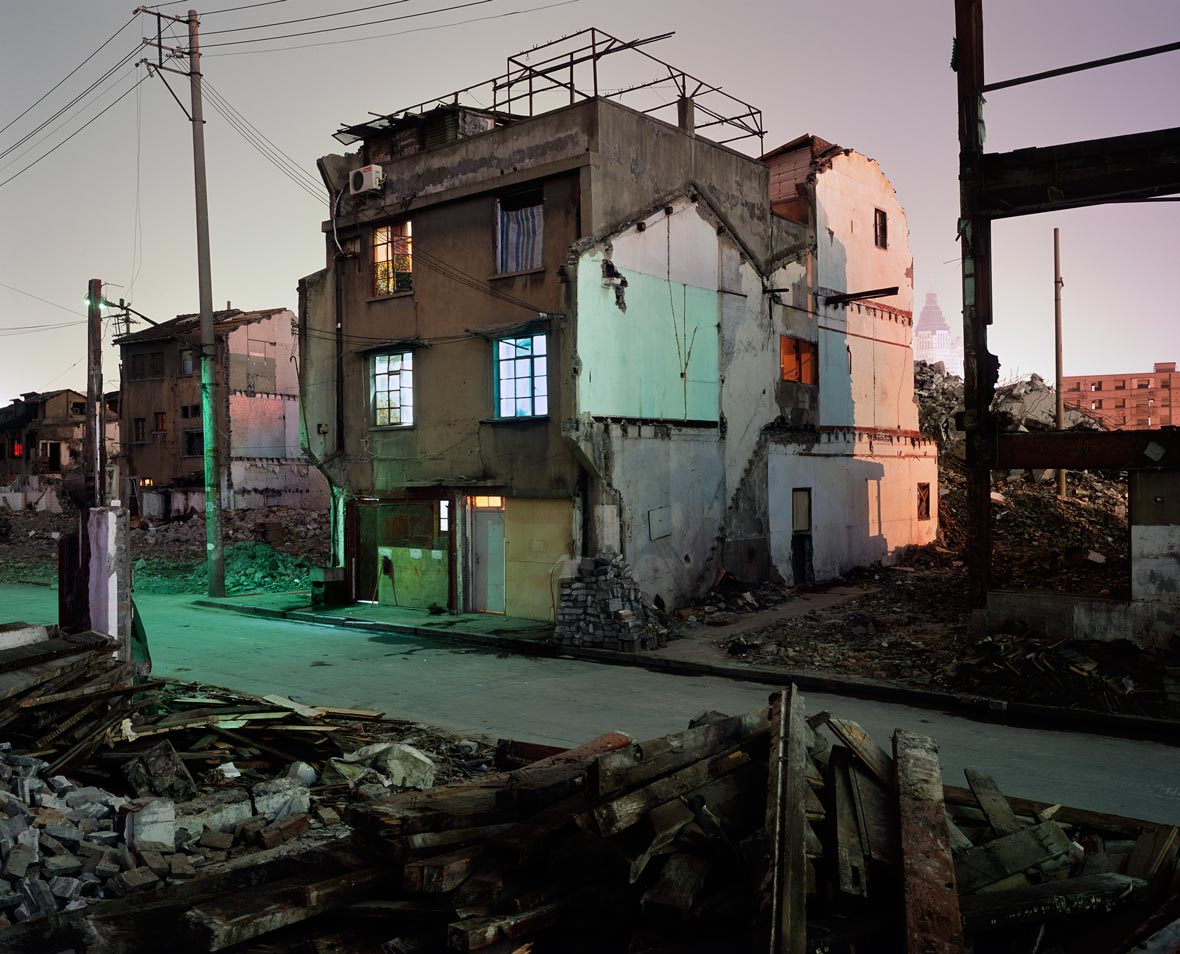 Neocha: Urbanization happened rapidly, and even violently at times, in China. House demolition has always been a very controversial and sensitive topic in China. How did you feel when you first saw these ruins in the centre of the city?

Greg Girard: What struck me was less the ruins themselves, but more so the fact that people were still living amid them as buildings were being demolished—sometimes even the very building they lived in. The occupancy wasn’t always apparent during the day, but in the evening you could see the lights in the windows of the still-occupied homes, signs of life amidst the rubble and half-demolished buildings. Those scenes suggested defiance at one extreme, and obliviousness at the other as this wave of demolition and construction swept through the city. 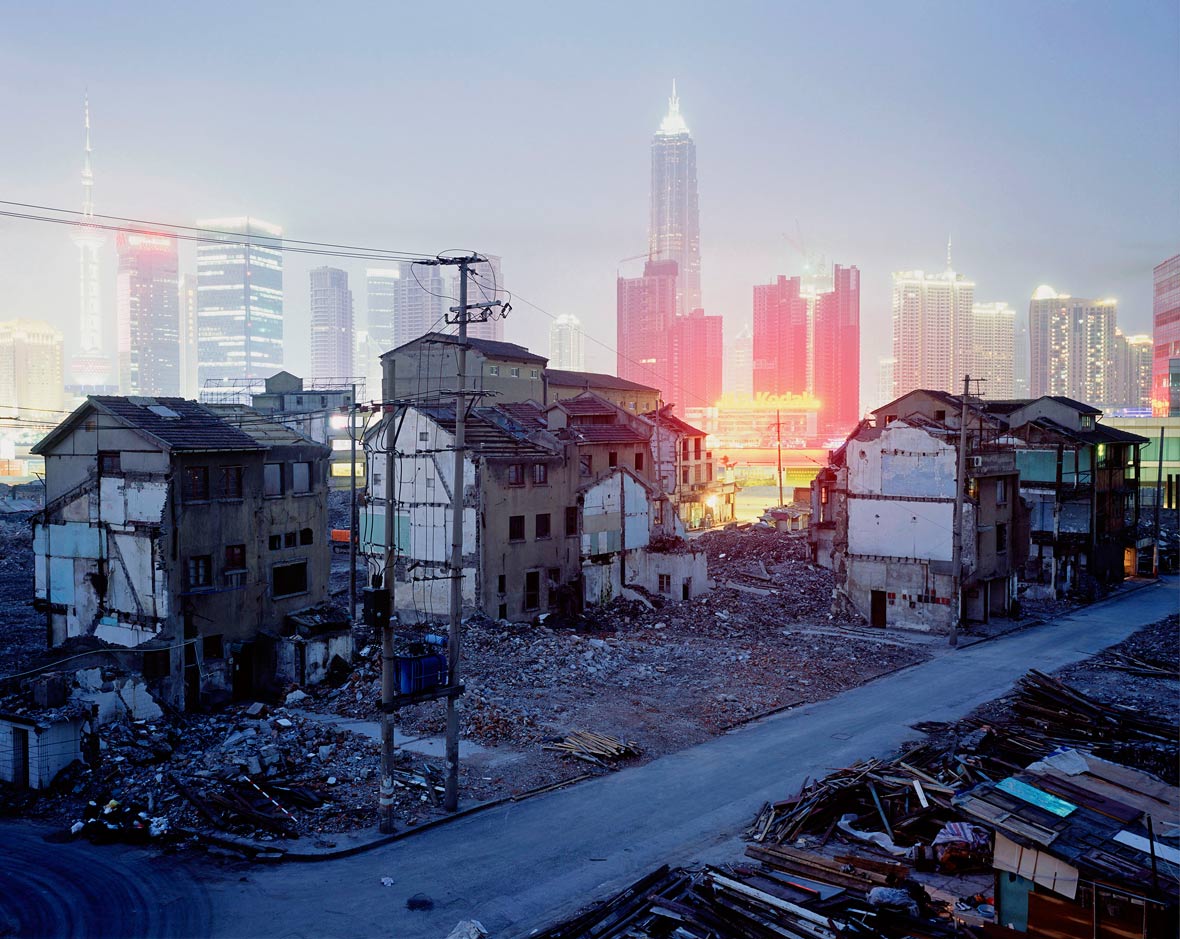 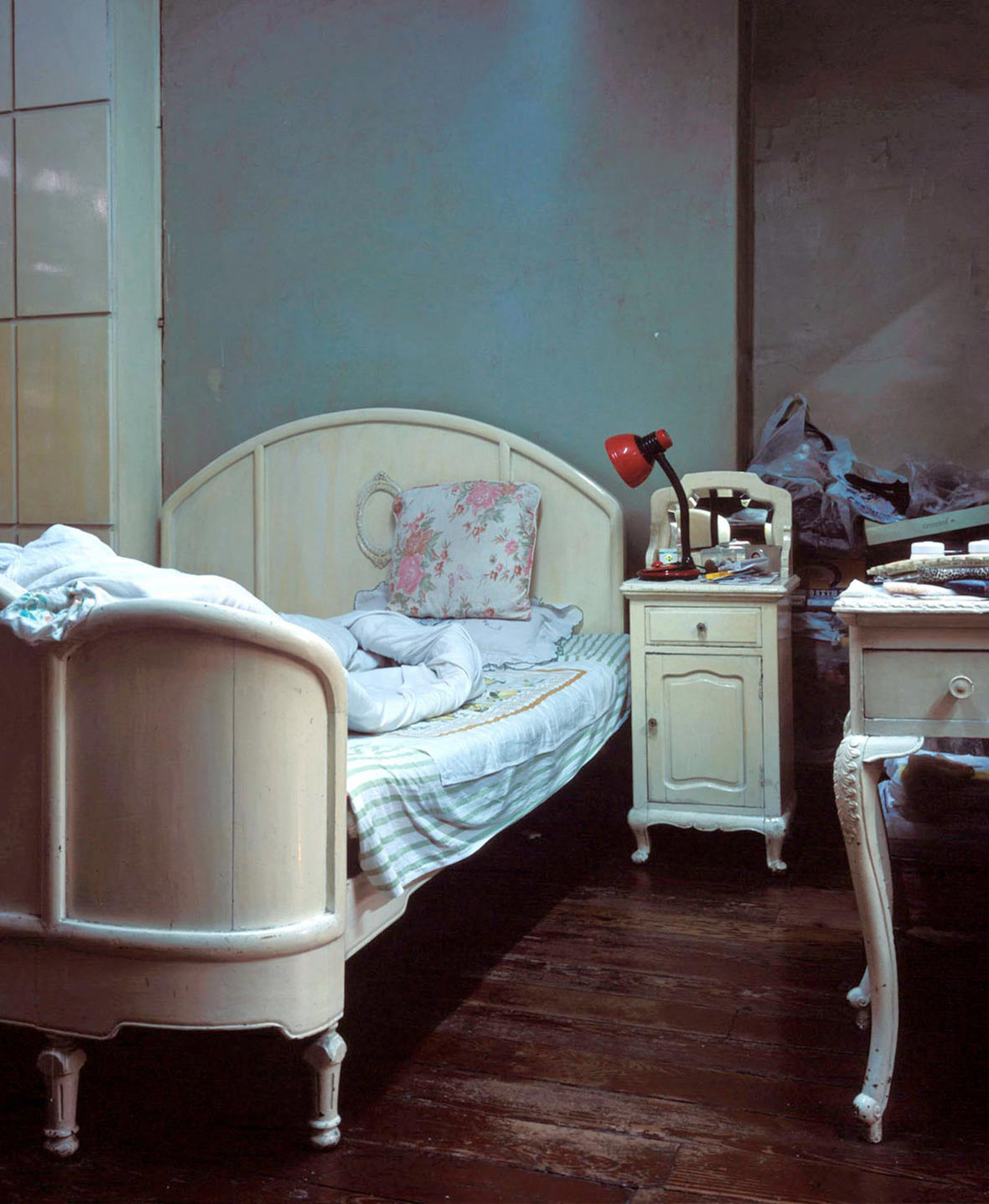 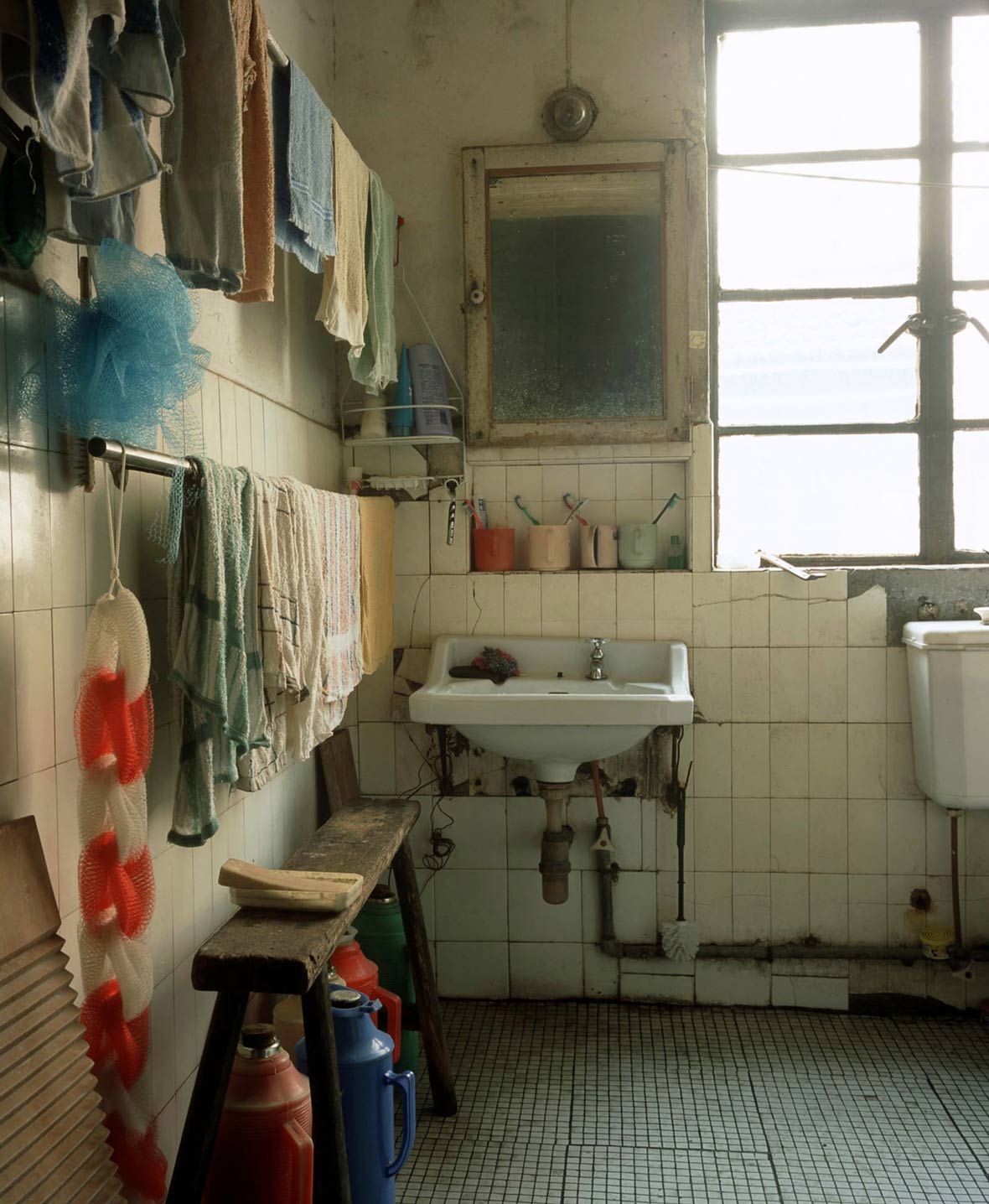 Neocha: The idea of house demolition is a familiar yet unfamiliar occurance for me and many people who grew up in a Chinese middle-class family. What makes it familiar is that we constantly see news report about demolition disputes on TV, but most of us actually never experience it. From a perspective of a foreigner, how do you feel about these demolitions?

Greg Girard: China was more or less isolated for three or four decades (from 1949 onward). The familiar churn of urban development for profit didn’t take place in the gradual way that it does in most large cities in capitalist societies. It started happening all at once, which was during the 1990s in Shanghai’s case, after Deng Xiaoping declared that Shanghai should “catch up”. And so the city experienced urban demolition and construction that usually might take place gradually, over decades, happening on a scale and at a pace that had never been seen before. It was terrifying, and fascinating, and to some extent sad. Clearly there was an opportunity to preserve individual buildings, and entire neighborhoods even, that were architecturally significant and historically valuable; an opportunity, it turned out, that would be ignored on a breathtaking massive scale. So, on one hand there was a sense of a squandered opportunity and on the other there was the sense that it was an accident that the buildings and neighborhoods, preserved by indifference and neglect, had survived as long as they had. 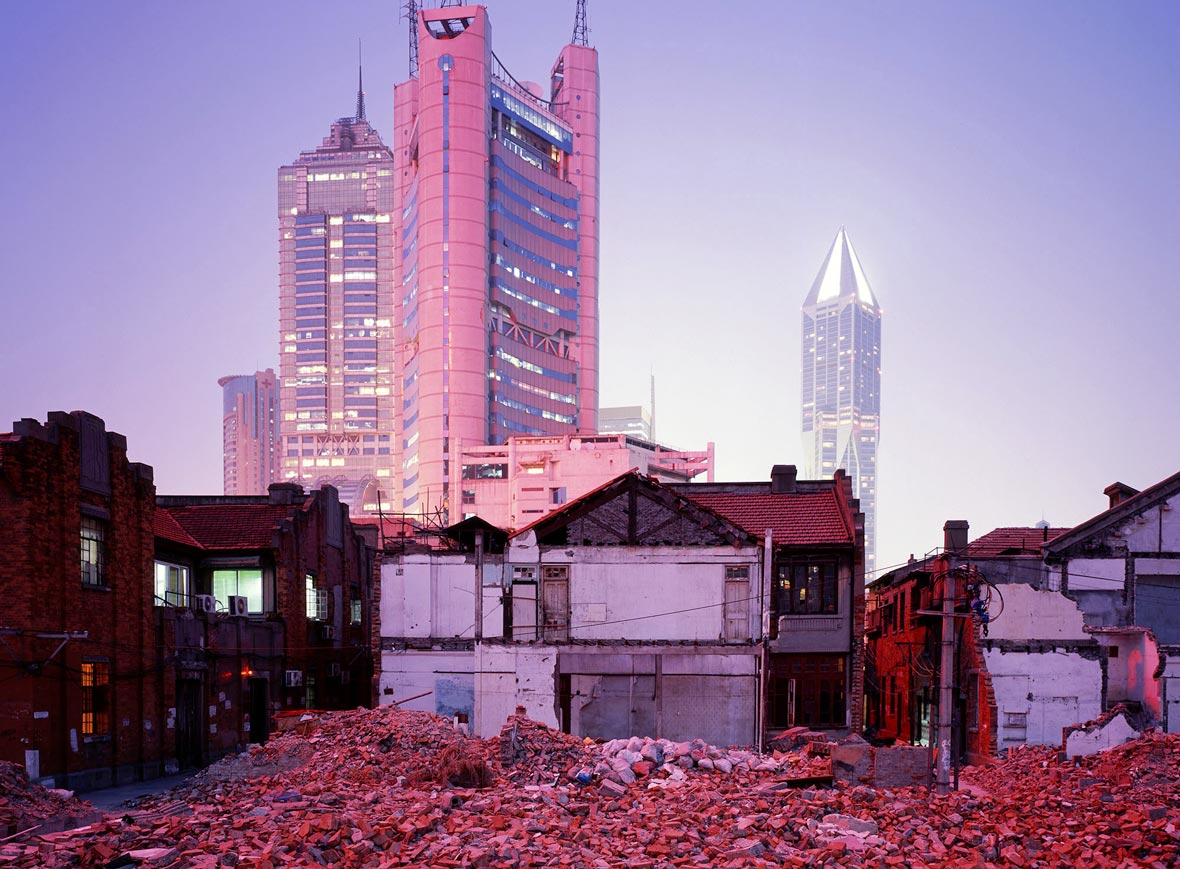 Neocha: Because of the rapid urbanization in China in the last few decades, for many locals, their memories on many things is disconnected. Part of this series seems very intimate, such as the shots of bedroom or bathroom. When you went into their very private space, did you talk to the people who live there? When facing this rather vulnerable group who are unable to fight back against the massive strong arm of the government, it almost feels like their memories are being erased. Are you attempting to capture a certain sense sadness in your work?

Greg Girard: I was fortunate that people were, for the most part, willing to allow me into their homes, including bedrooms and bathrooms, when requested. The shared nature of domestic life was one of the elements I was trying to show. For example, homes built for one family that had been subdivided to accommodate multiple families. What does that look like and how does it work? In other cases, I simply wanted to see the choices people made in terms of how they lived and what they saw when they went to bed at night or woke up in the morning, knowing in many cases that these homes were of the verge of being demolished. So, I think it’s not wrong to say, as you do, that memories are being erased. As for sadness: Yes. Helplessness in the face of the unchecked power is of course tragic. 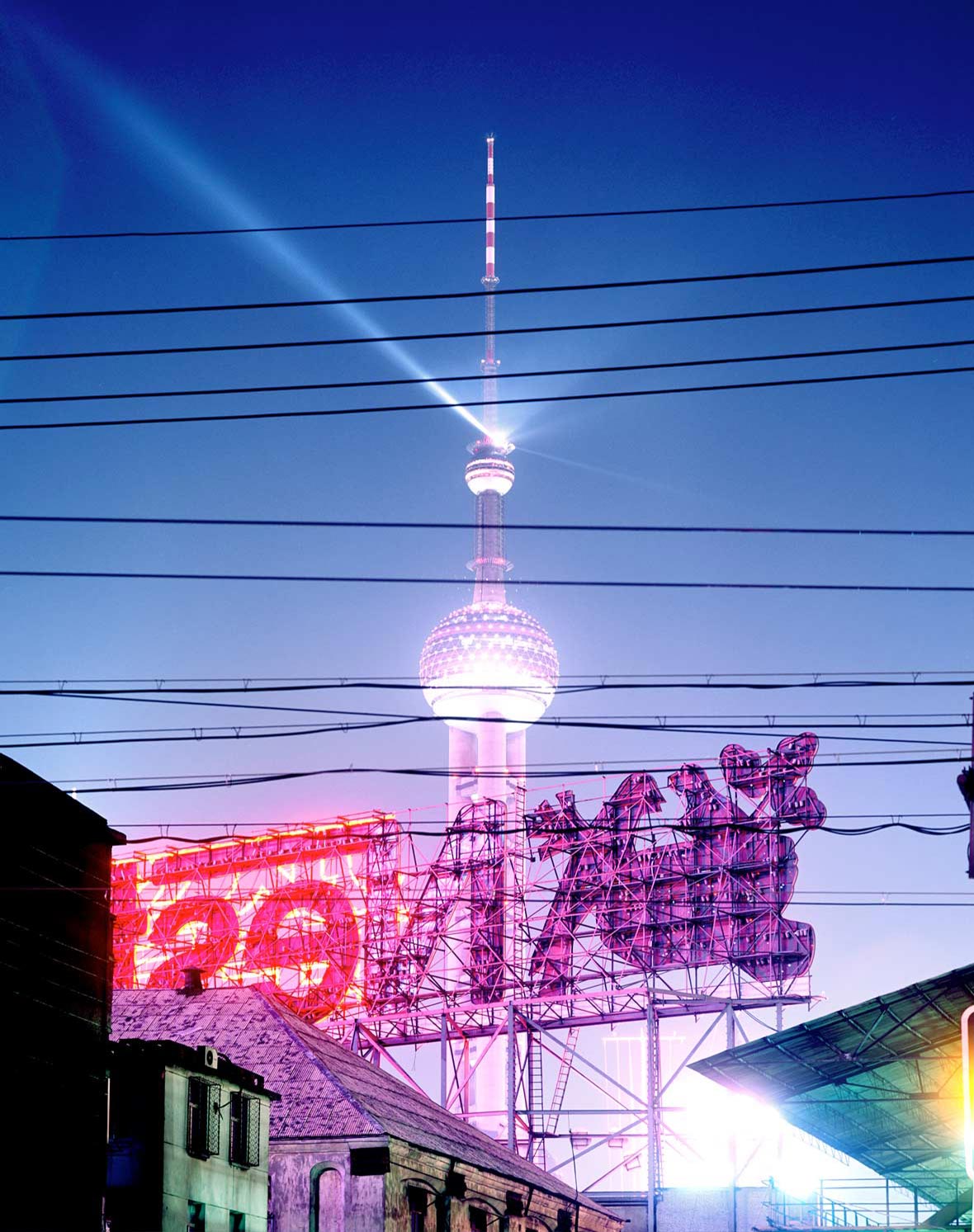 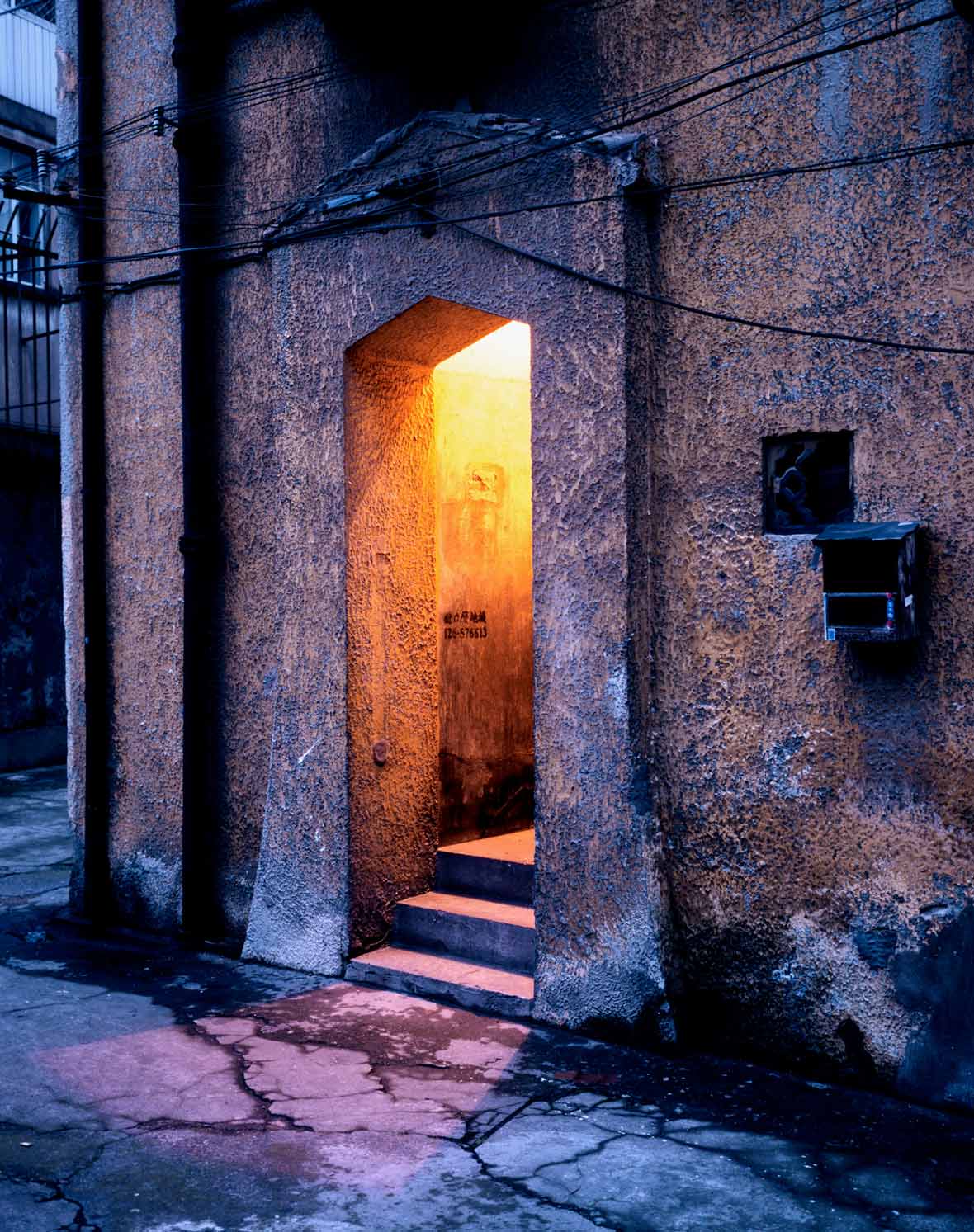 Neocha: The houses in your works almost looks like an island on top of ruins. To me, it seems to represent both persistence and resignation. Many people forced to relocate have mixed feelings about house demolition; some people are actually thankful since it allows them to move into a much nicer apartment and receive monetary compensation from the government. Others rather stay in the place where they grew up. What’s your take on this? What are some of the more memorable moments of shooting this projects?

Greg Girard: During the beginning of the project (2000-2001) when I set up my tripod and camera and was photographing in a neighbourhood, I was often asked by residents if I (or someone) was planning to buy the property. Because, as you noted, this could mean that the tenants (those with residency rights rather than actual ownership) would be entitled to resettlement in a self-contained apartment. Most of these older buildings were not meant to house as many people as they did, which meant that residents had to share a kitchen, a bathroom and toilet facilities. These places looked quite grand—in a faded sort of way—from the outside, but on the inside they were very difficult to live in. Most of them, in their public areas, hadn’t received a coat of paint in forty, fifty years, or more. Photographing inside one hallway, I remember thinking that the peeling paint on the walls had probably been applied at some point in the 1930s. 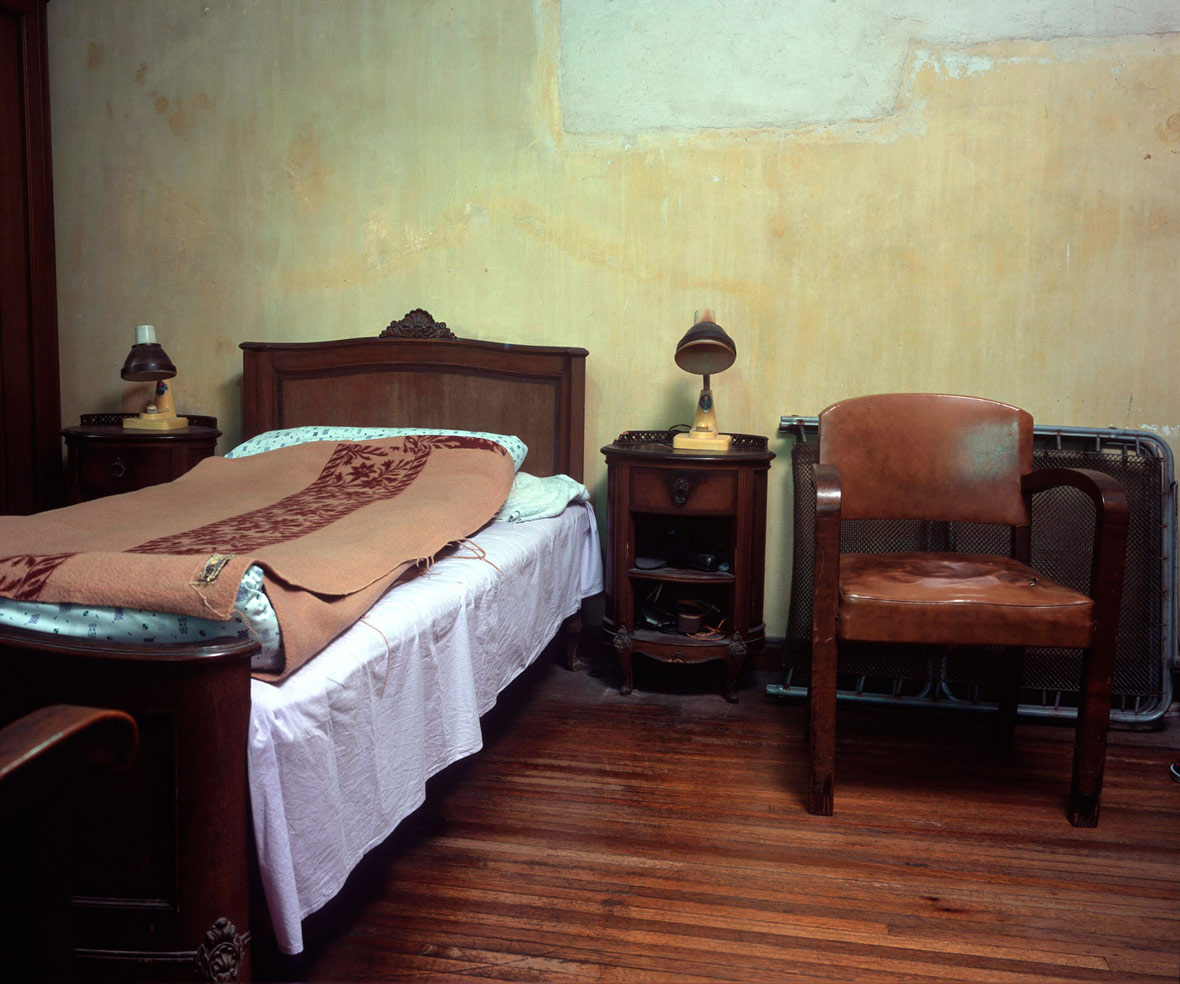 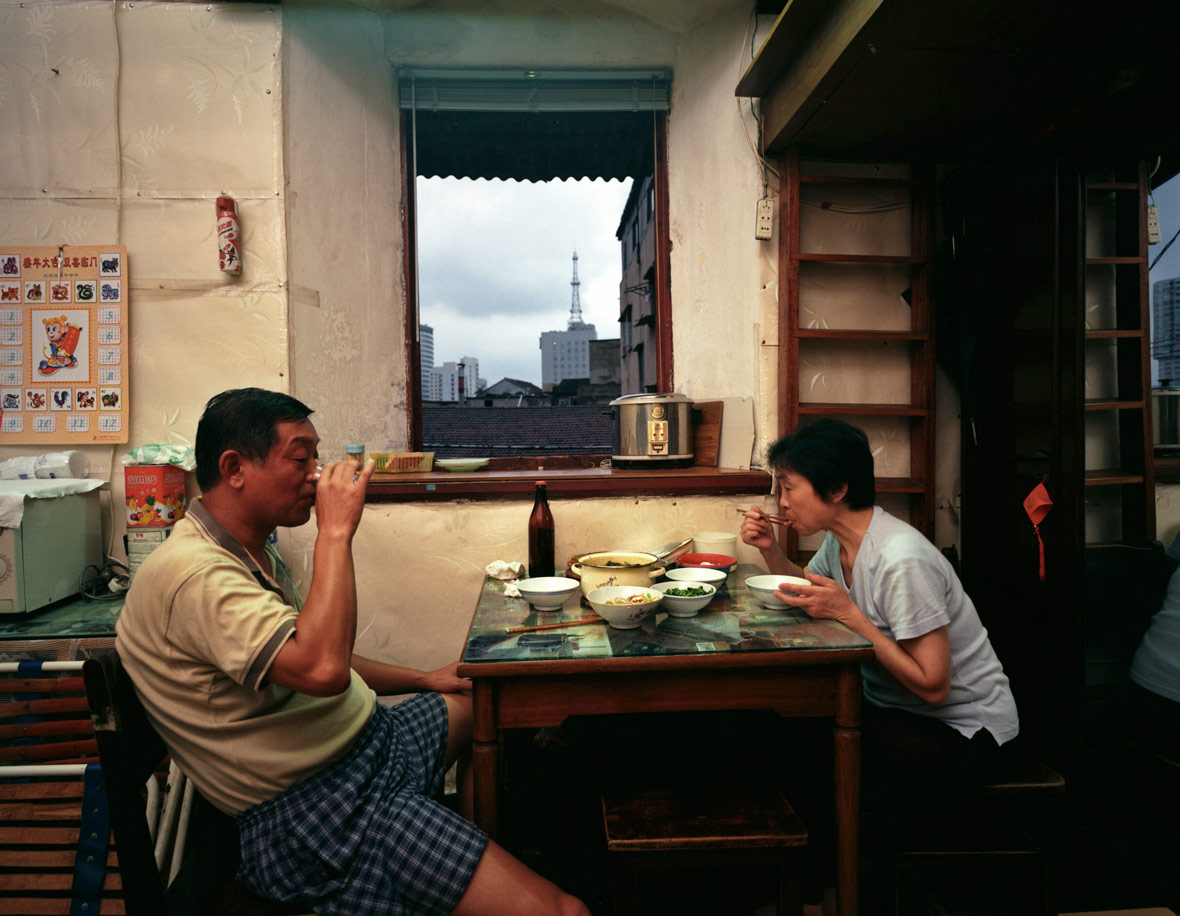 Neocha: Urban redevelopment has always been a major goal of Chinese urbanization. However, the interesting thing is that old Shanghai’s architectural style is extremely complex, being a mixture of European and Chinese style, which gives shikumens their unique character. But after the redevelopments, they’re becoming more and more modern. The unique character of the city also seems to be fading away alongside. What is your take on this?

Greg Girard: I think it’s quite rare for a government—whether in China or wherever—to make enlightened choices about architecture or public space or understand the projected experience of being a city dweller. So I’m not surprised when a union of government and property developers produce ghastly results. Having said that, I am surprised when something decent and human comes out of that, as it occasionally does. 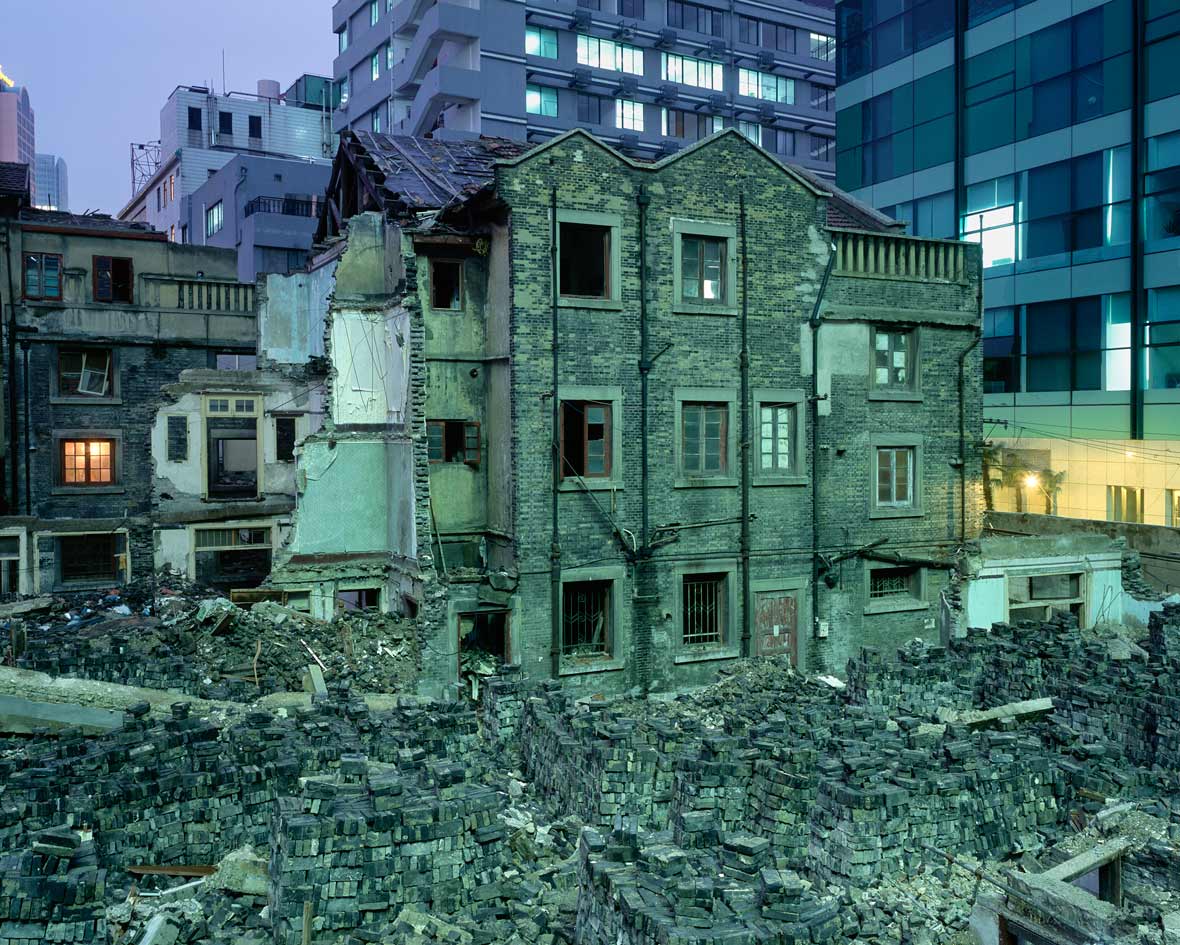 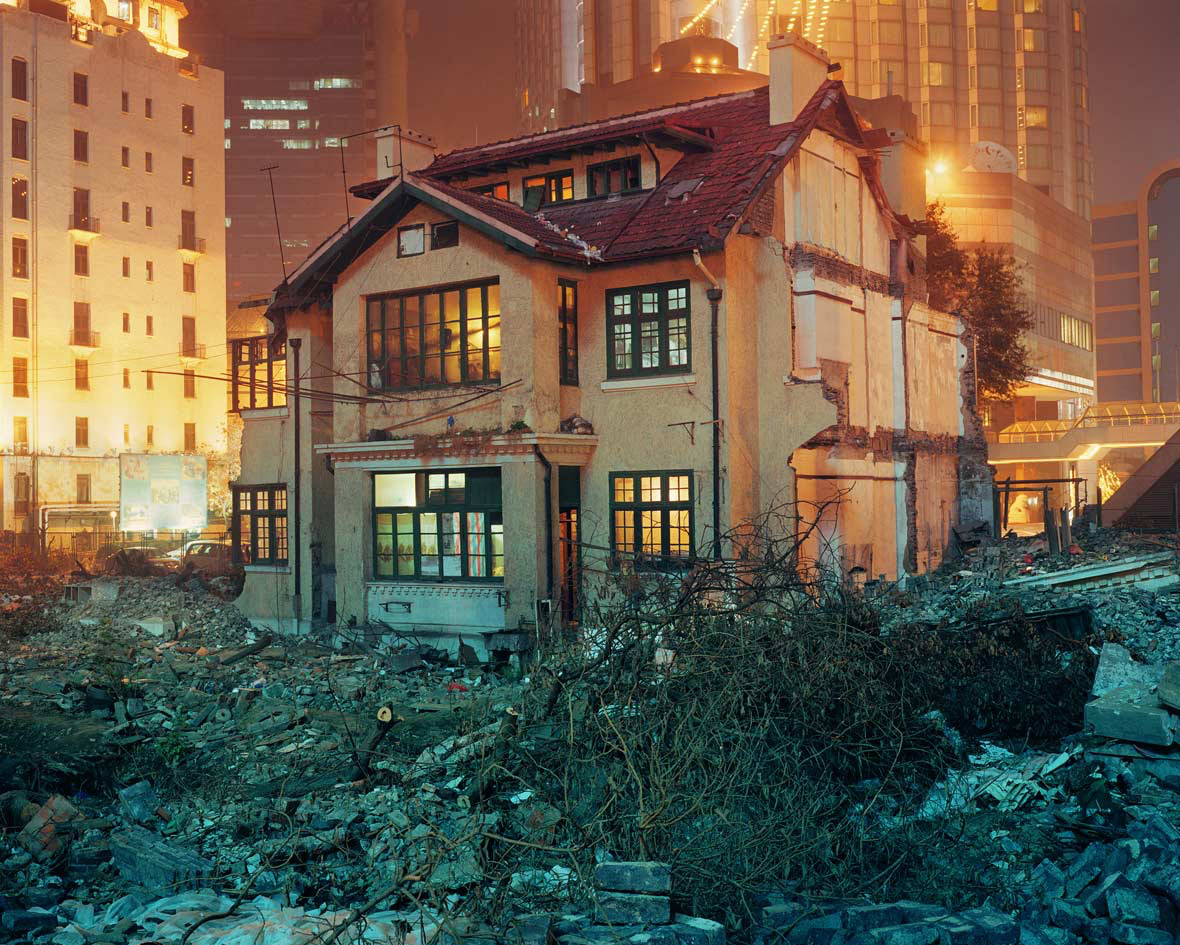 Neocha: We can see the demolished building is next to the modern skyscraper, one side is the scene of the broken and destruction, another side is a fancy shopping mall. This contrast is often seen in your work, is it intentional?

Greg Girard: As much as those sorts of contrasts can result in boring clichéd pictures, the scope of what was happening in Shanghai meant that those contrasts were inescapable. The challenge was how to show that without making a cliché. But at the end of day, if the pictures manage to escape being clichés then it’s only because the demolition and construction was happening on such a scale that it doesn’t make sense for the photographer to frame things artificially to illustrate a tired cliché. That scene was the absolute reality. And so, to make these pictures without showing this historical moment of “contrast” (by showing, for example, only intact, romanticized, historic neighborhoods) would have been unthinkable, artificial, a lie. 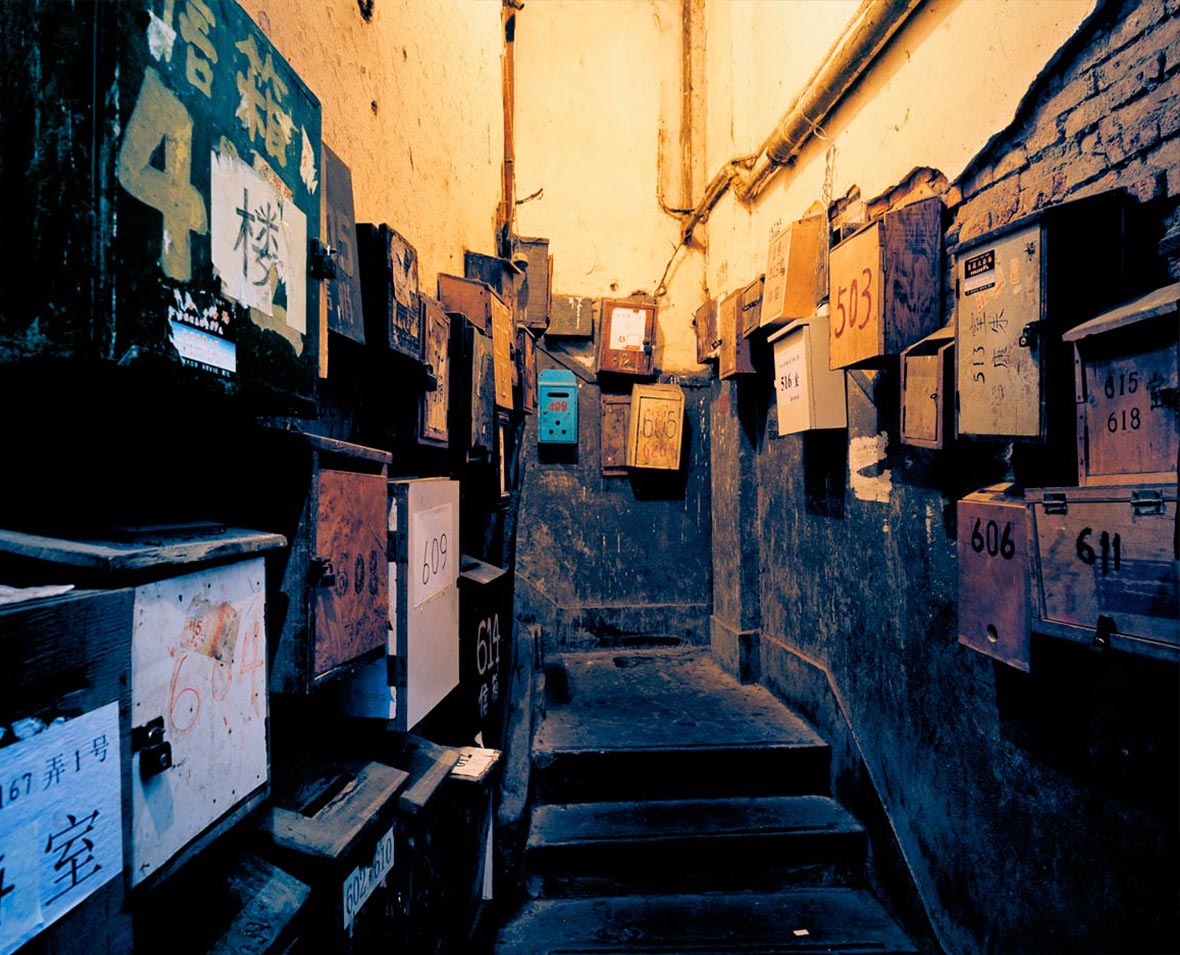 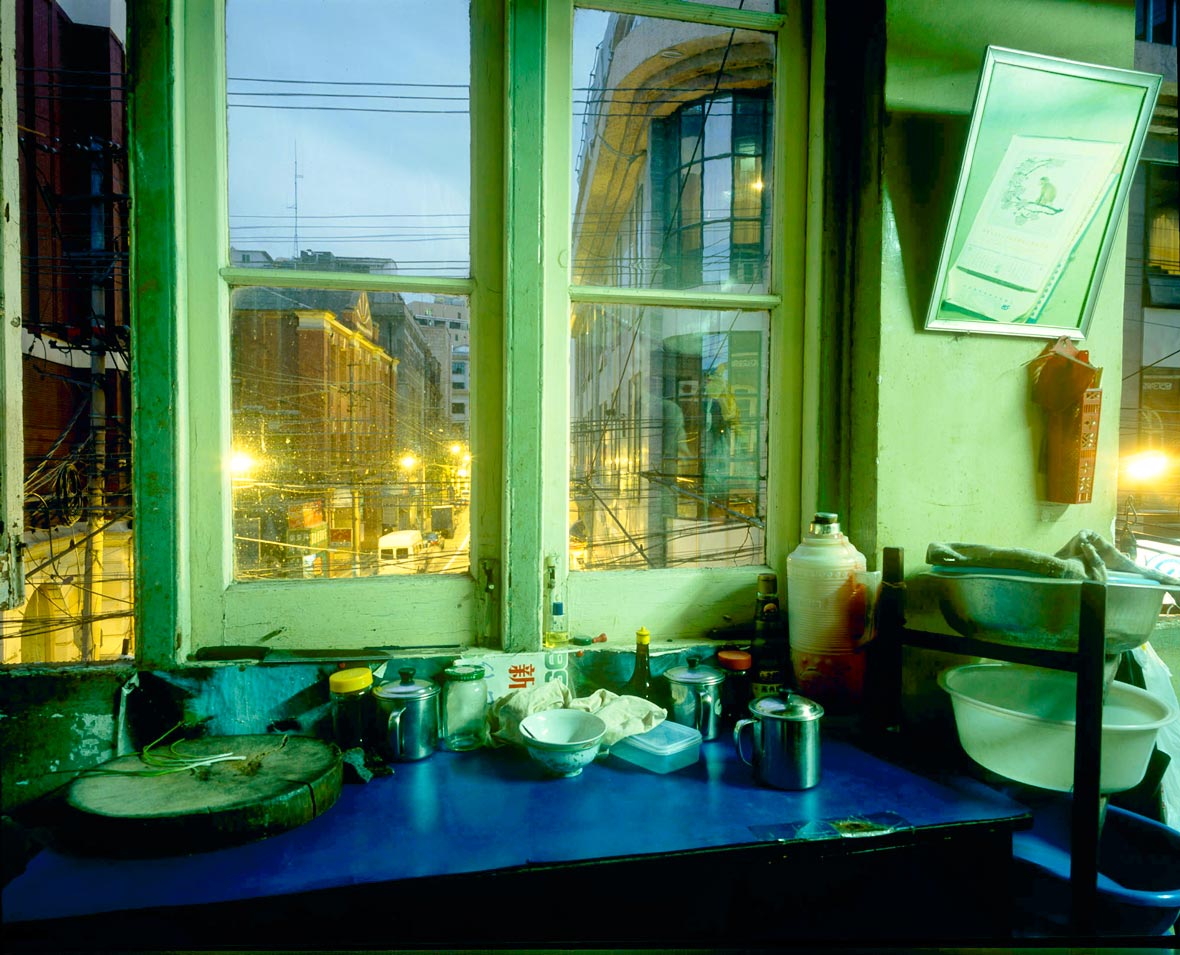 Neocha: This series of work was completed almost ten years ago, have you revisited these locations you shot? When you see it has changed to skyscrapers, how you feel about that? Did you ever wonder where are all the people who live there? How their life was?

Greg Girard: I still visit Shanghai fairly often, though I tend not to seek out the locations I photographed when I worked on the project between 2001 and 2006. Sometimes I come across them by accident though. Visiting a new museum, a restaurant, a friend’s apartment, or driving on a new road, I might realize that something looks familiar and think, “Didn’t this used to be here…?” But then the moment passes and you’re back in Shanghai’s latest version of itself. 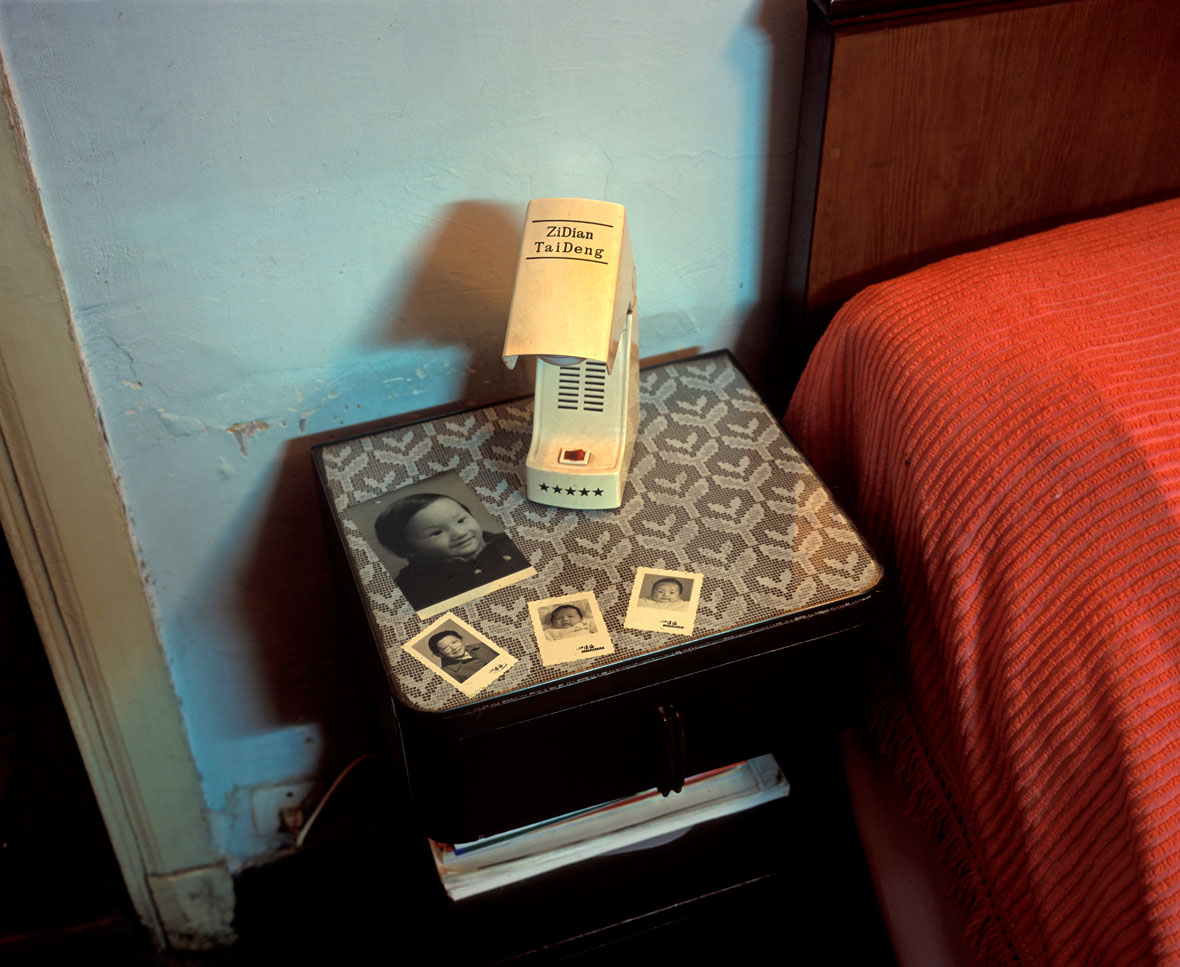 Neocha: You works seems like a documentation of memories of city, compare to other city that you shoot or lived before, such as Hong Kong, Hanoi or Vancouver, is there anything that makes Shanghai feel different from the rest of these cities?

Greg Girard: I first visited Shanghai in 1983, and at that time the city’s built environment was almost completely unchanged from 1949. It was like arriving in a city that had been frozen in time, in terms of its surface at least. Only the street signs, having been entirely renamed after 1949, appeared to have changed. Much later, in 1998, I moved to Shanghai from Hong Kong, and amidst the vast redevelopment taking place, I still had this memory of being in the city not too many years ago and realized how much had changed since then. I knew that I didn’t want to make something nostalgic about “disappearing Shanghai”, but at the same time, I felt that what I was seeing was unprecedented. Already there was a growing sense of loss at the disappearance of so many historic buildings. But from what I’d already seen, taking photographs inside some of these buildings, I felt that it was more than the buildings themselves; it was a whole way of life in Shanghai that was disappearing: living in close quarters in lane housing and in individual buildings, where neighbors had to share more of their lives than they might necessarily want to. In other places, I’d always photographed the “now” without thinking too much about “then”. But in Shanghai it seemed I was photographing right inside the rapidly closing gap between “now” and “then”. That gap was actually there and photographable, though it was clear that it wouldn’t be for long.