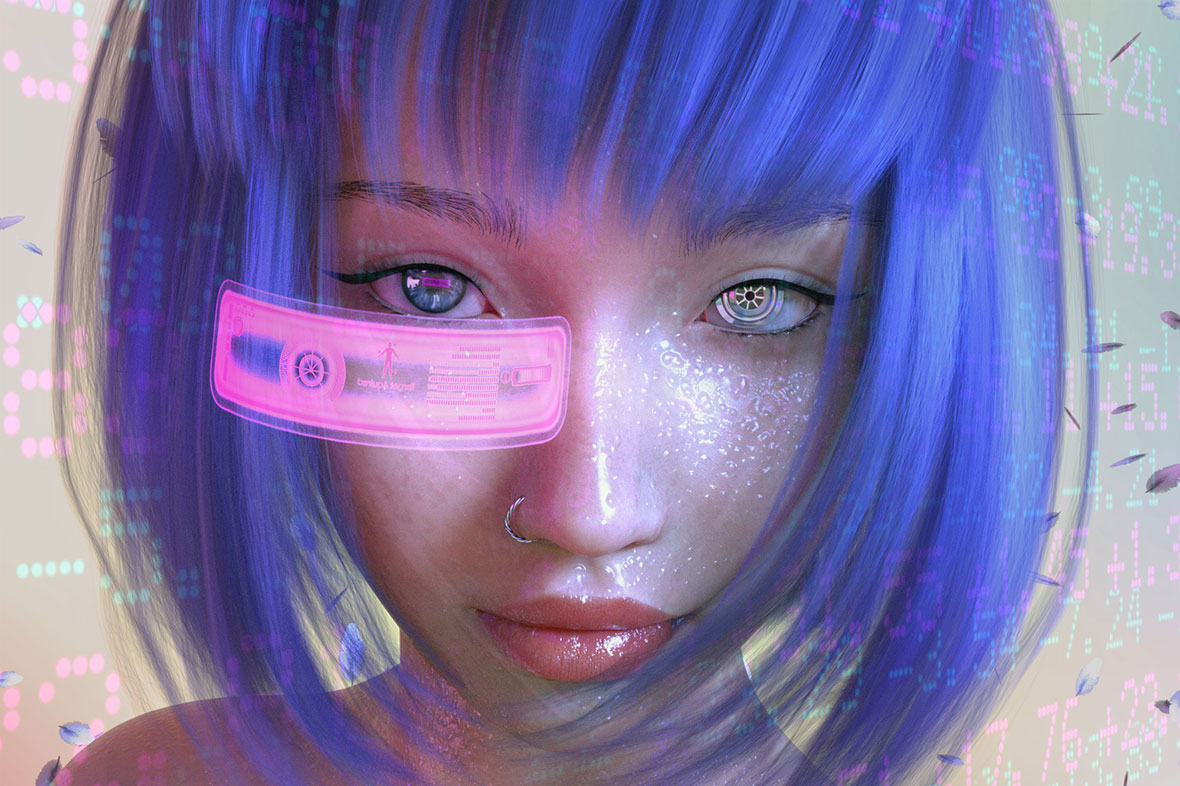 Every day, the line between IRL and URL gets a little more blurred, and one of the frontiers in this new digital landscape is the virtual avatar, a digital image used to represent someone on screen. Variations have been around for decades, from AIM Buddy Icons to early avatars in the online game Second Life, but only now are they good enough to pass as living things, breathing 0s and 1s instead of O2. Some people even prefer to use digital characters for their Instagrams rather than posting real selfies and portraits. And avatar accounts are sometimes more popular than real people’s, raking in endorsements and cash.

Chan Kayu, a digital artist in Hong Kong who works under the name Ruby Gloom, makes some of the most visible avatars on the web. Her personal and commercial work ranges from graphic art to 3D illustration to augmented reality. You can find her work in high-end fashion campaigns or viral social media posts. 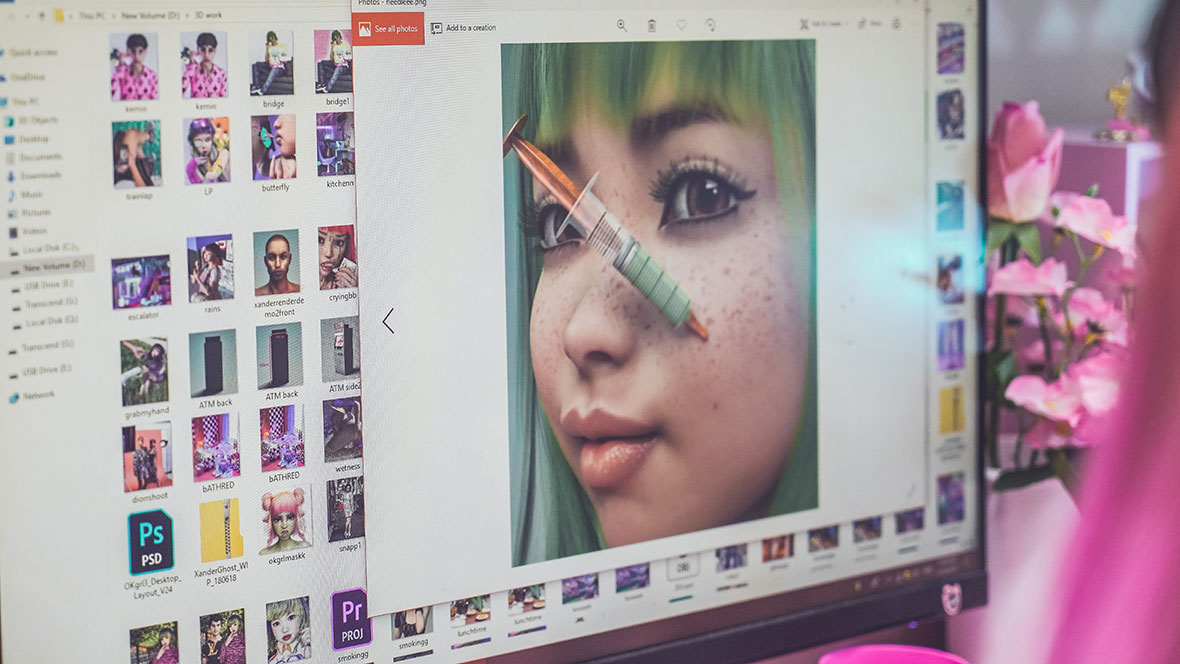 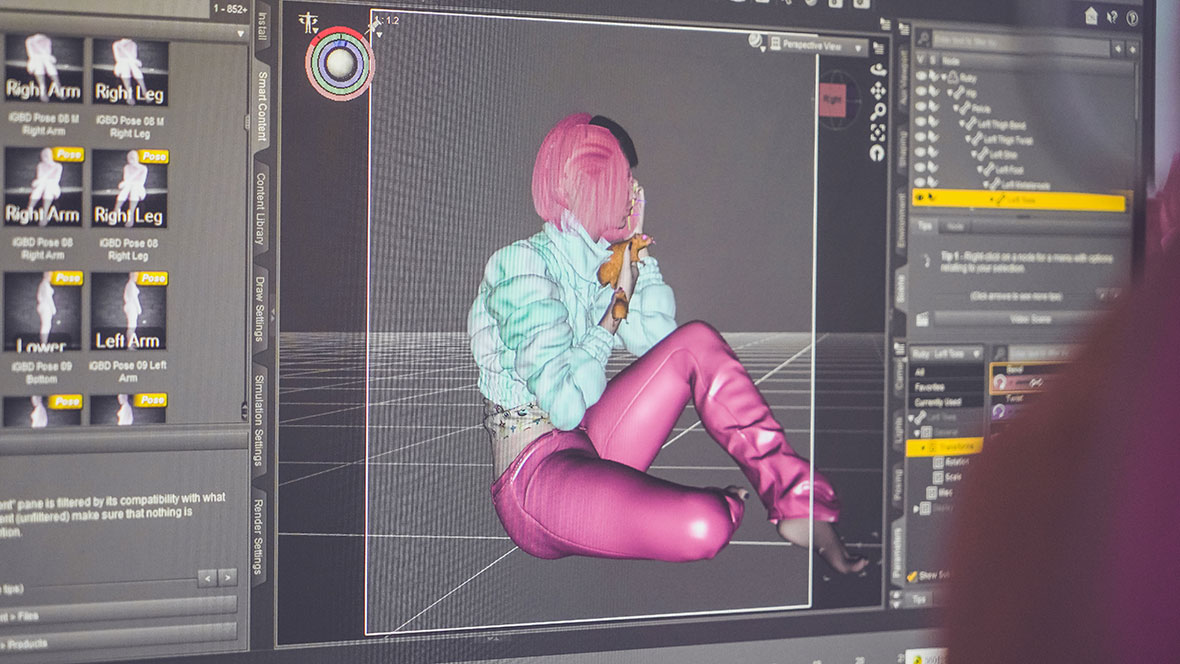 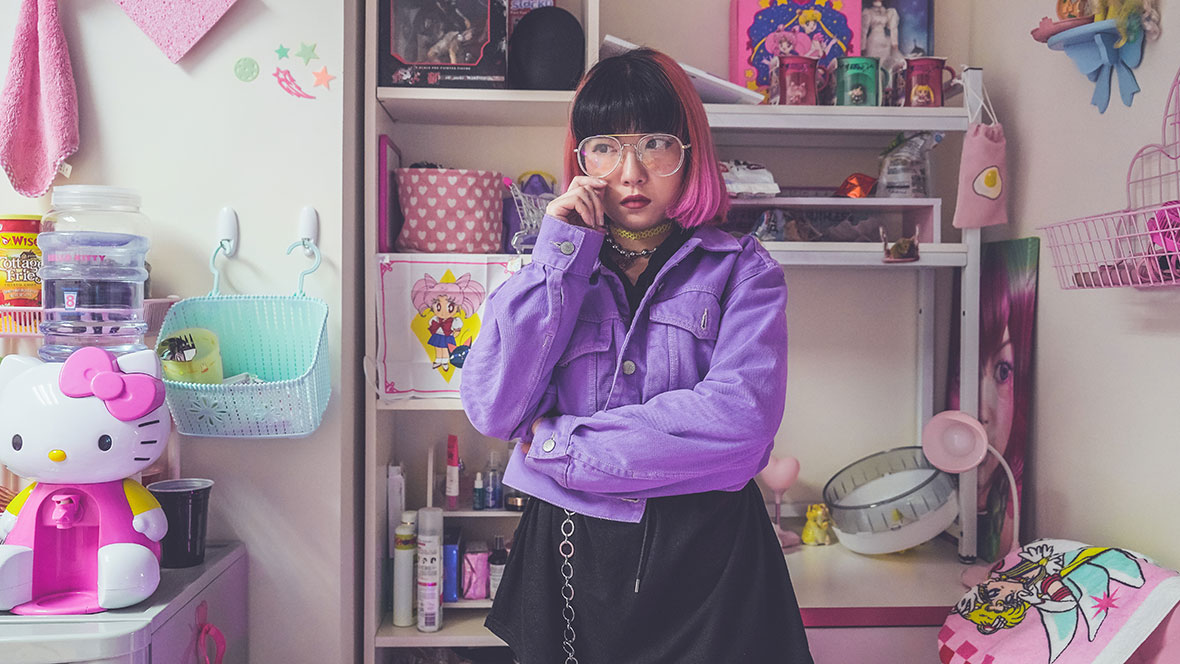 It might take a moment after visiting Chan’s Instagram to realize the photos aren’t entirely real. Her personal avatar is an exaggerated version of herself, a way of blending the real and the imaginary. She’s created many other avatars, sometimes for others, sometimes for herself. They’re not exactly idealized humans, though, and they all have their own individual differences and flaws. 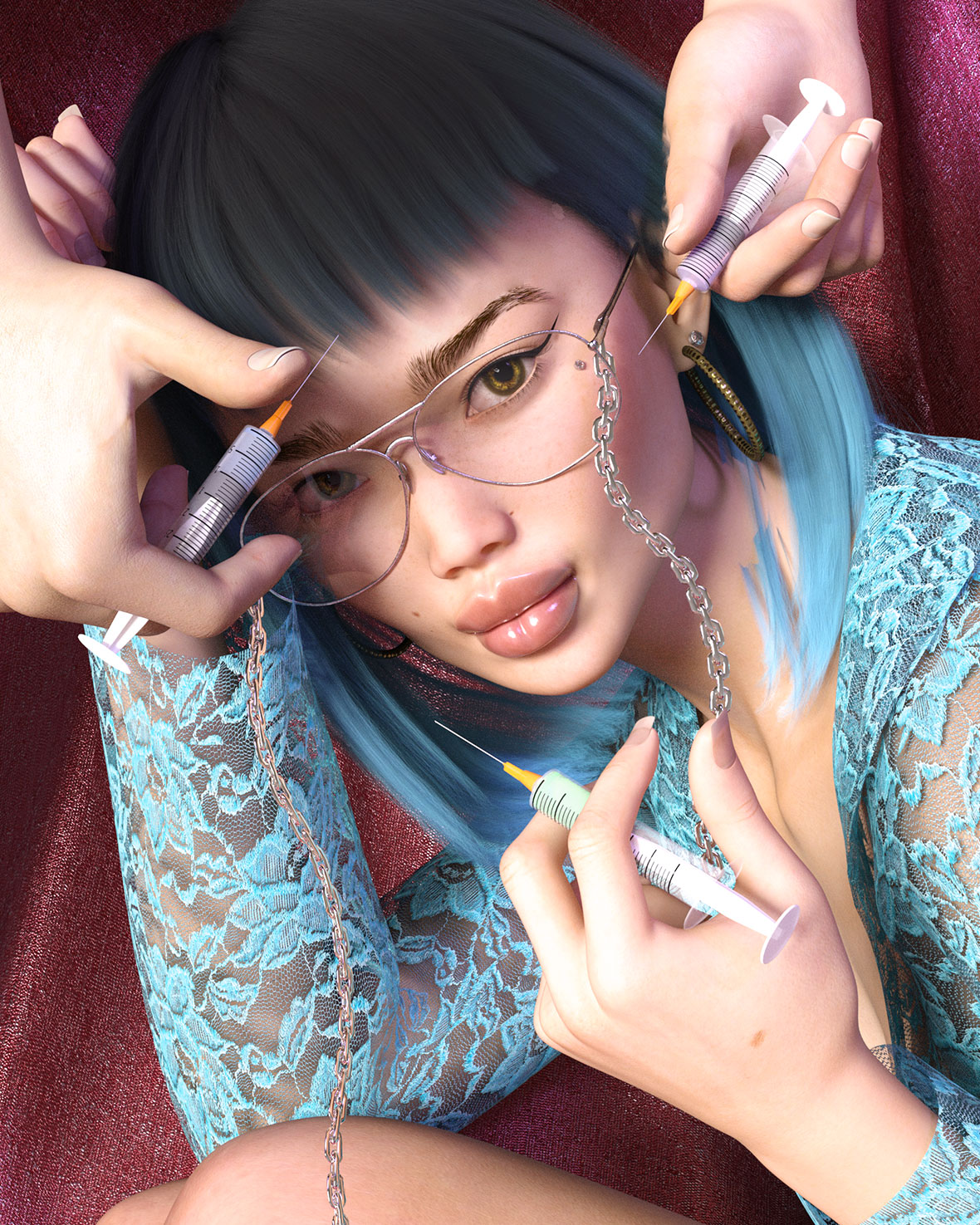 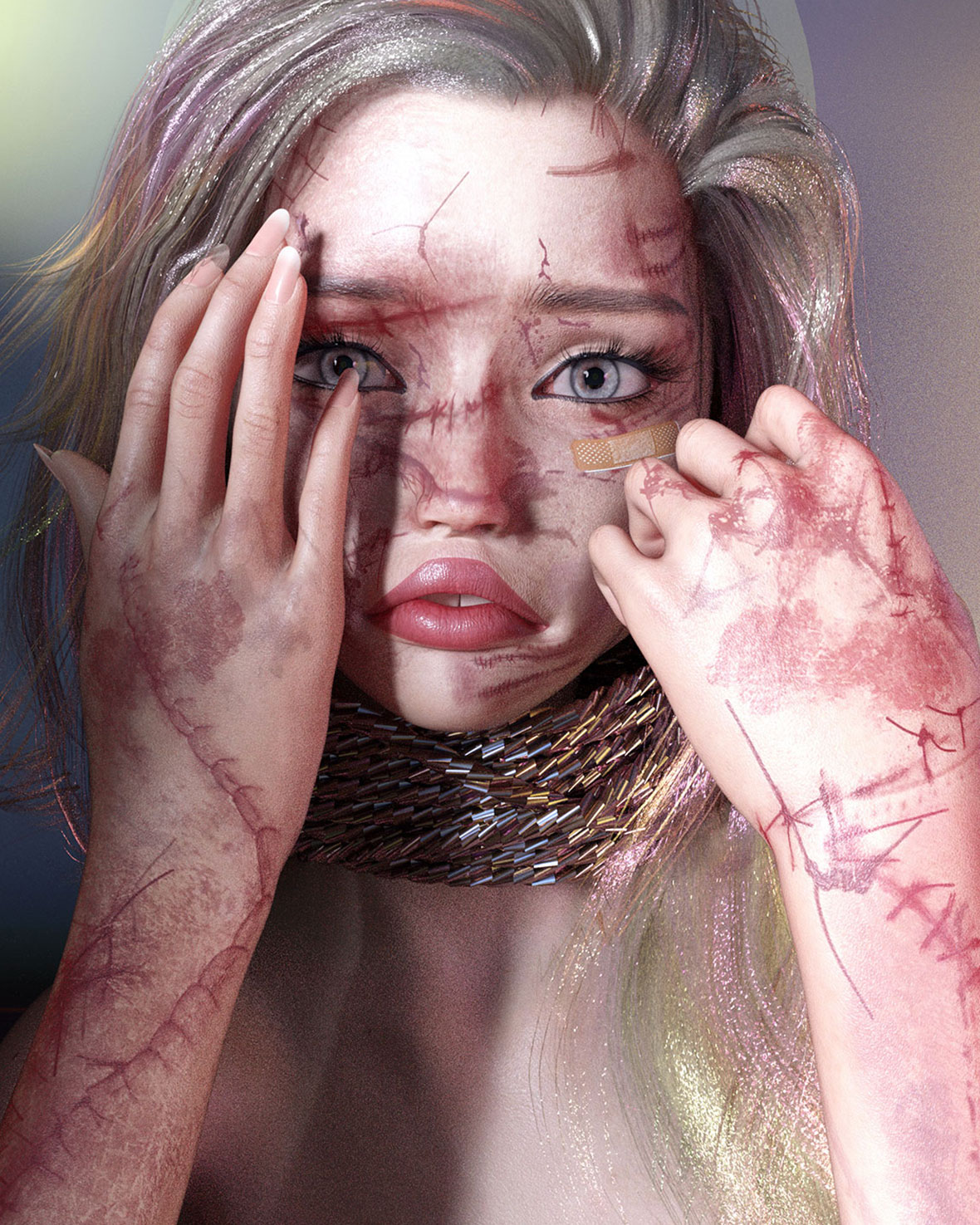 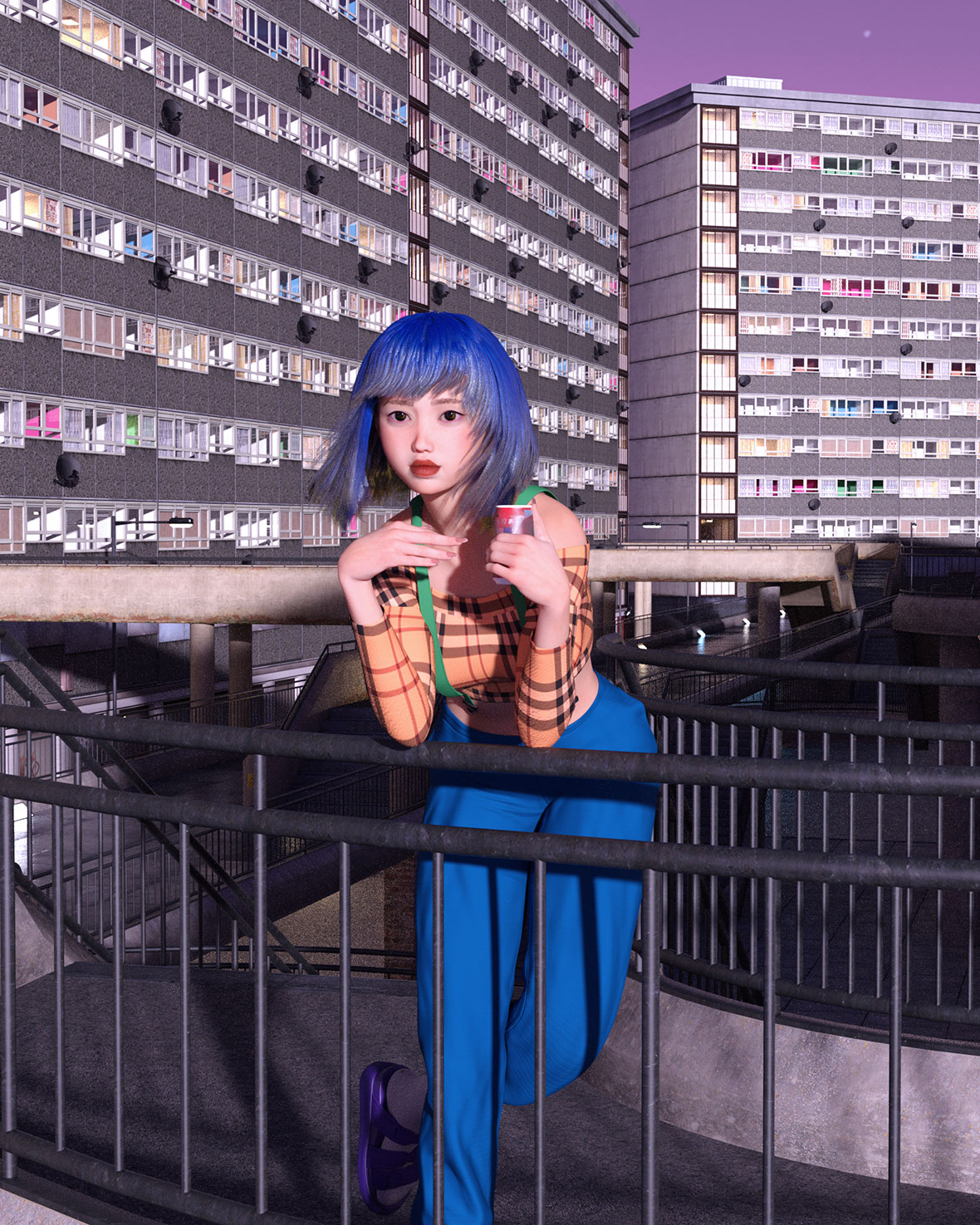 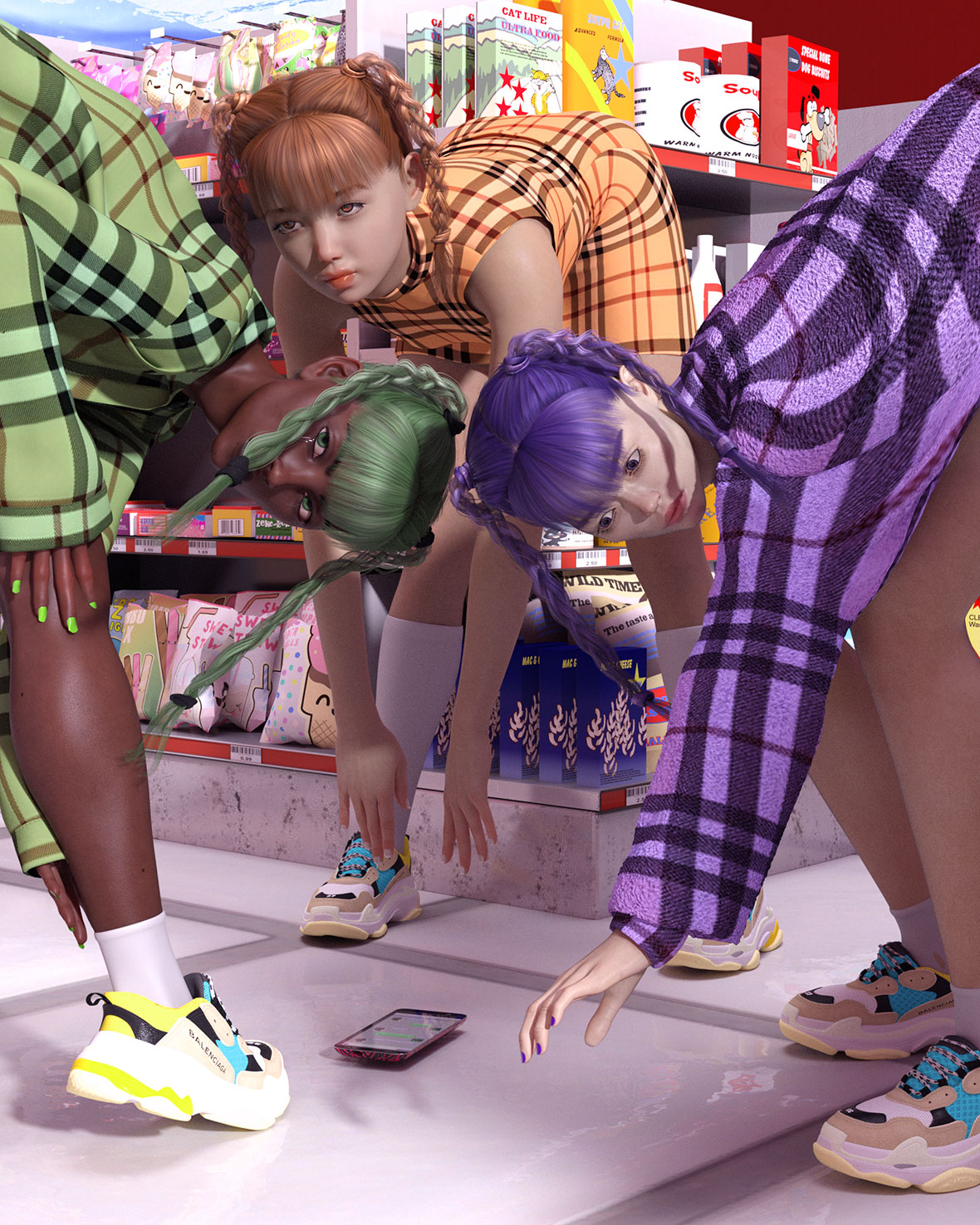 “Humans already have very fixed beauty standards already, so with avatars I want to create more diversity for them,” Chan says, while clicking through a gallery of previews on the computer in her studio, surrounded by an explosion of color and kawaii. “I give them flaws, wrinkles, freckles, and skin conditions. I do different skin colors. I used to do some green skin and alien styles, but I’m more focused on realistic stuff now.” 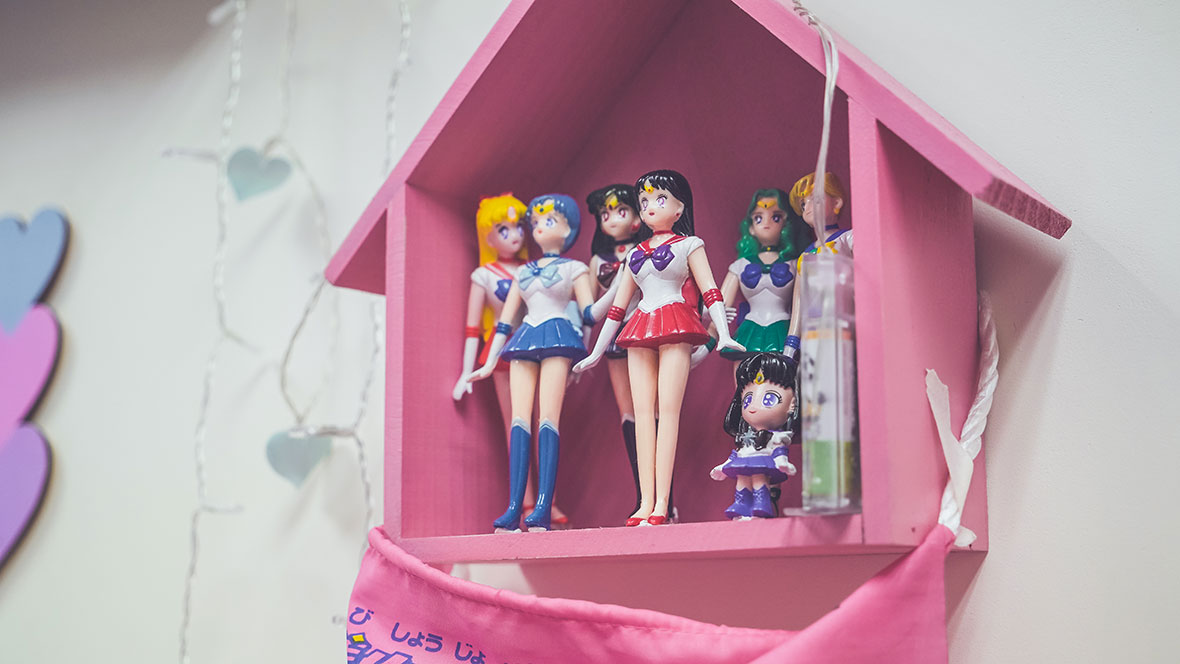 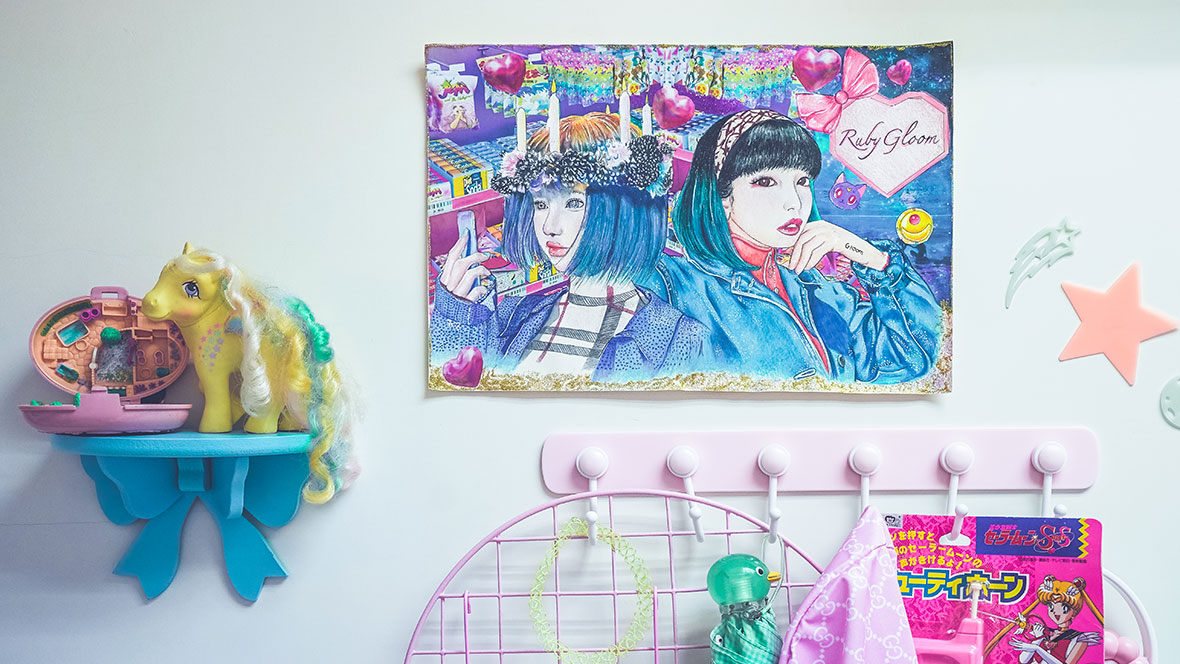 Her entry point into the creative world was as a Tumblr blogger in 2012, mainly posting her outfits of the day. She was a proto-influencer, with a devoted following before Instagram influencers were even a thing. The blogging went viral and her followers kept asking where she got her clothes, so she decided to create a label called WeeGirlsClub. People from all over the world outside Hong Kong were buying her pieces, mainly from the US. She never lost money but she stopped enjoying it because of the time spent on design, manufacturing, production, marketing, and customer service, all of which she handled herself.

Since she’d already been exploring digital art for a while, she decided that would be her next move: “I knew blogging wasn’t a long term career. I wanted to do something I loved, but I knew I had to make money so I could quit working. So first I taught myself clothing and then digital art.” Her career has been about staying ahead of the curve, spotting trends in the digital universe and navigating them as they change and die. “I used to be obsessed with influencers because you get money, attention, and all the products you want. But they used to be someone who was good at something. Now it’s just people faking talents to become an influencer. I don’t think it’ll last very long.” 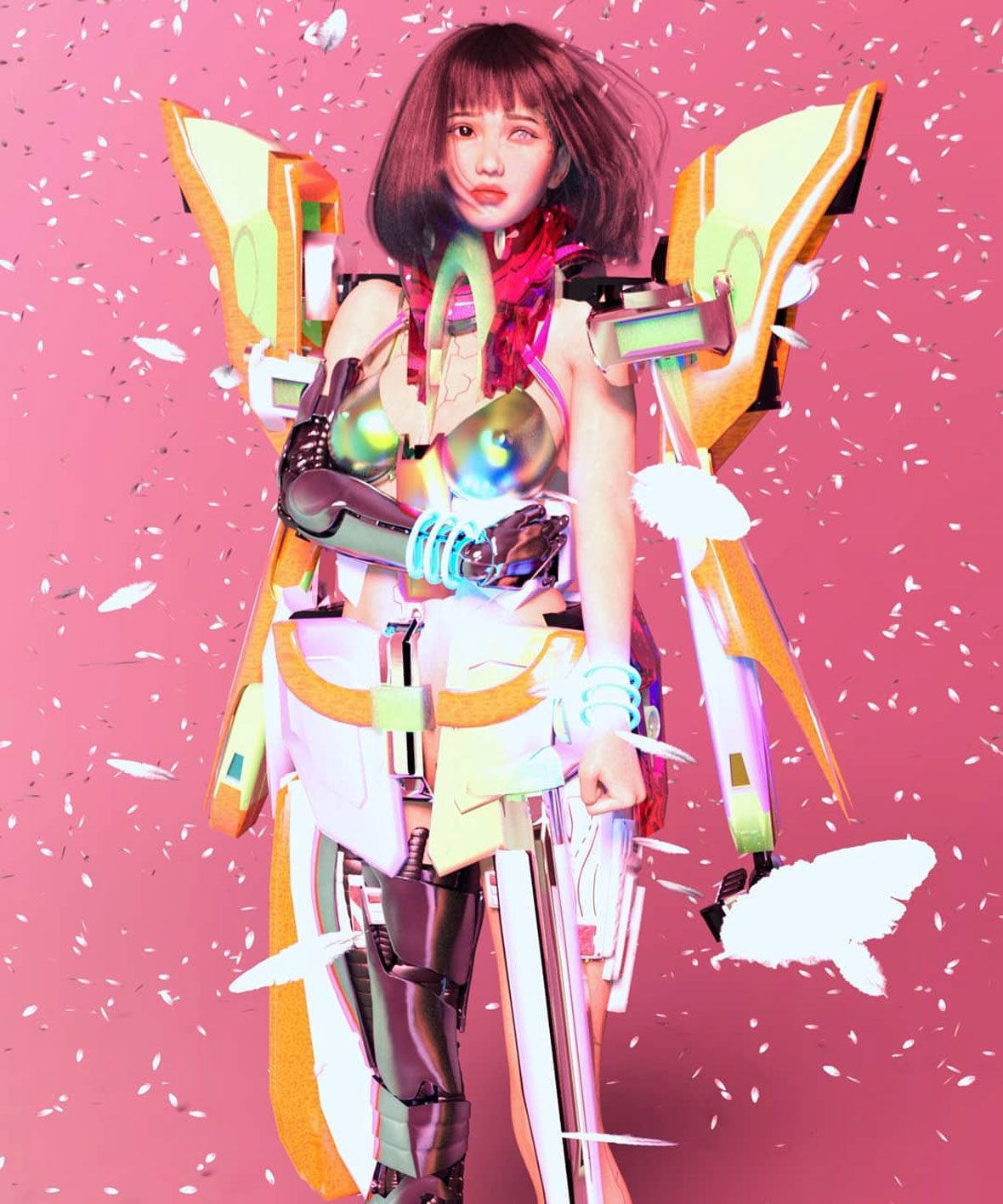 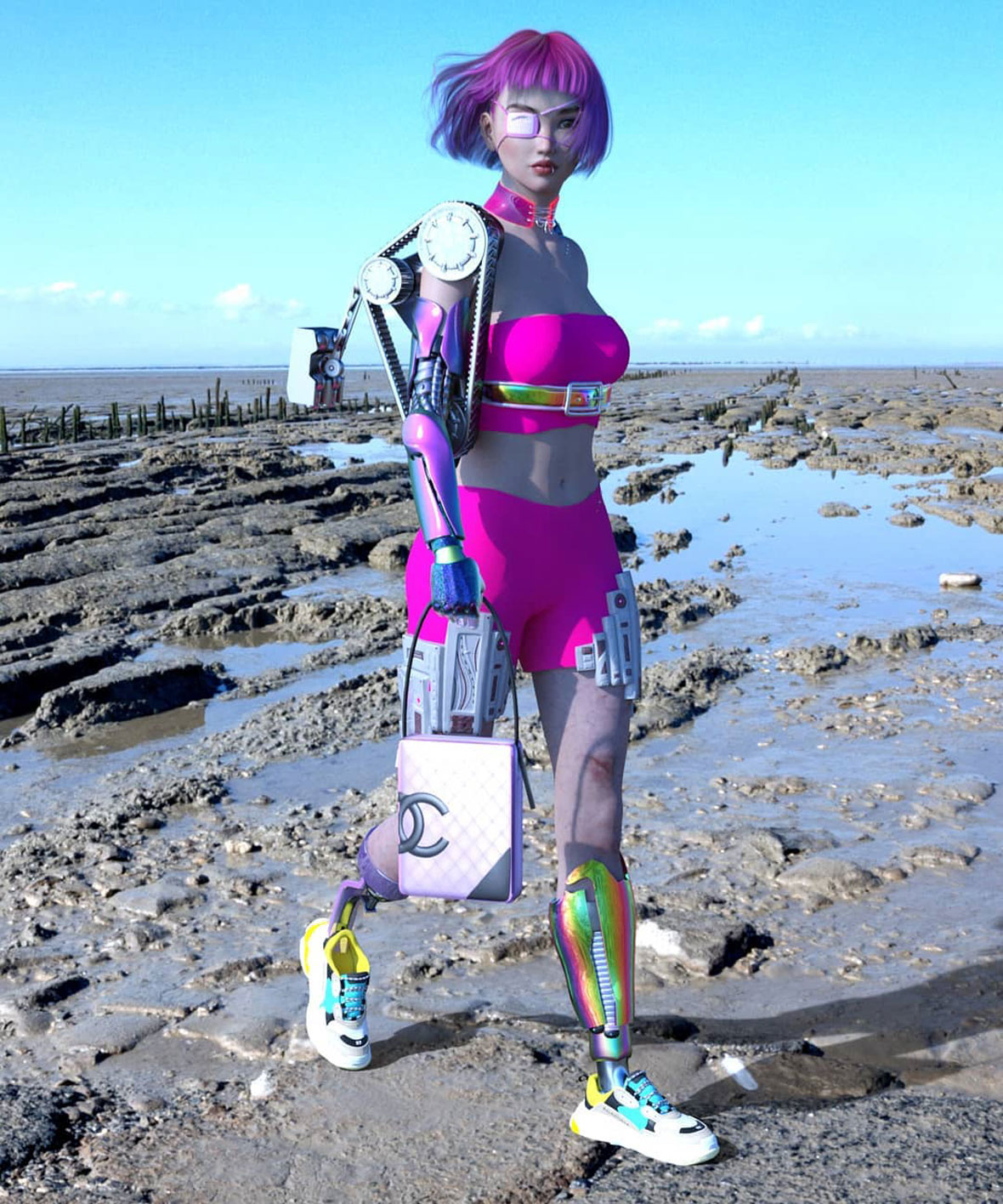 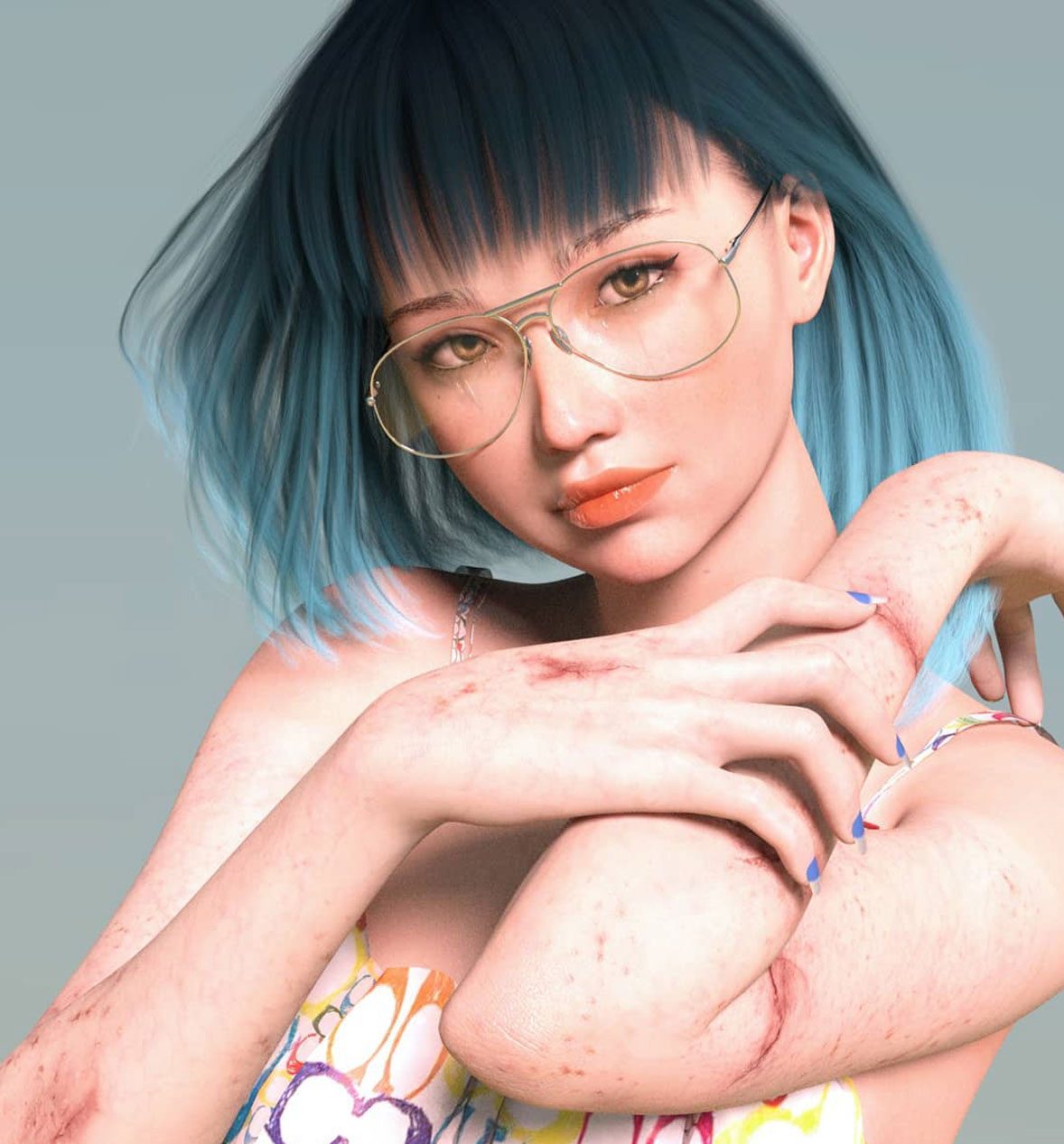 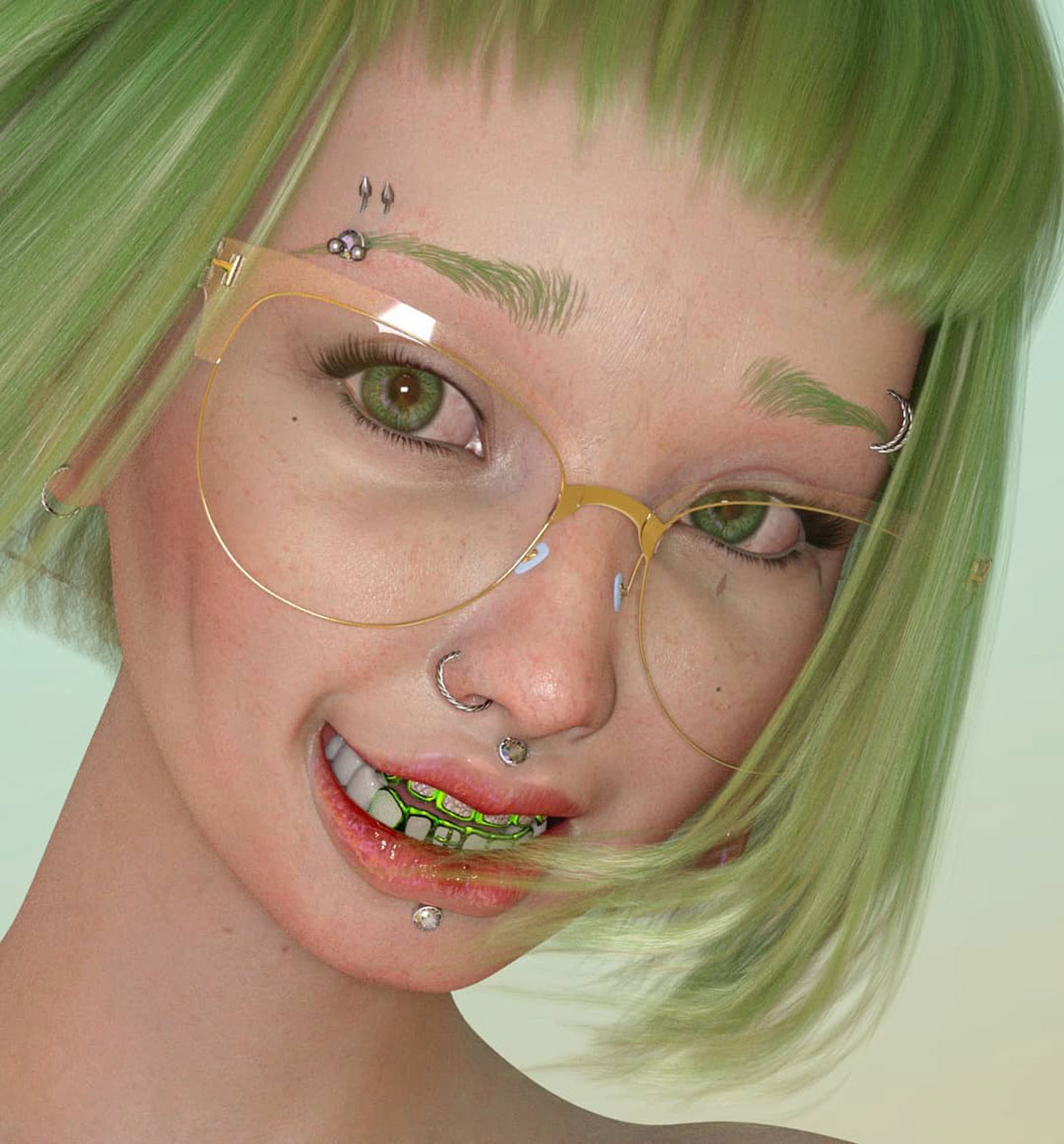 While Chan is adept at profiting from the web, she doesn’t gloss over its downsides. “Companies like avatars because they can take full control of someone to represent their brand. People might not be able to relate to them after a while, so their influence could wane,” she says.

For now, Chan finds commercial work creatively satisfying, but in the future, she hopes to focus more on personal projects. Always looking ahead, she says her next goal is to create a 3-D printout of her avatar and travel around the world with it, posing with it in the street. And not just for a photo: she plans to stay with it for entire days at a time, like a street performer. This time, she wants to bring her digital creations into the real world. 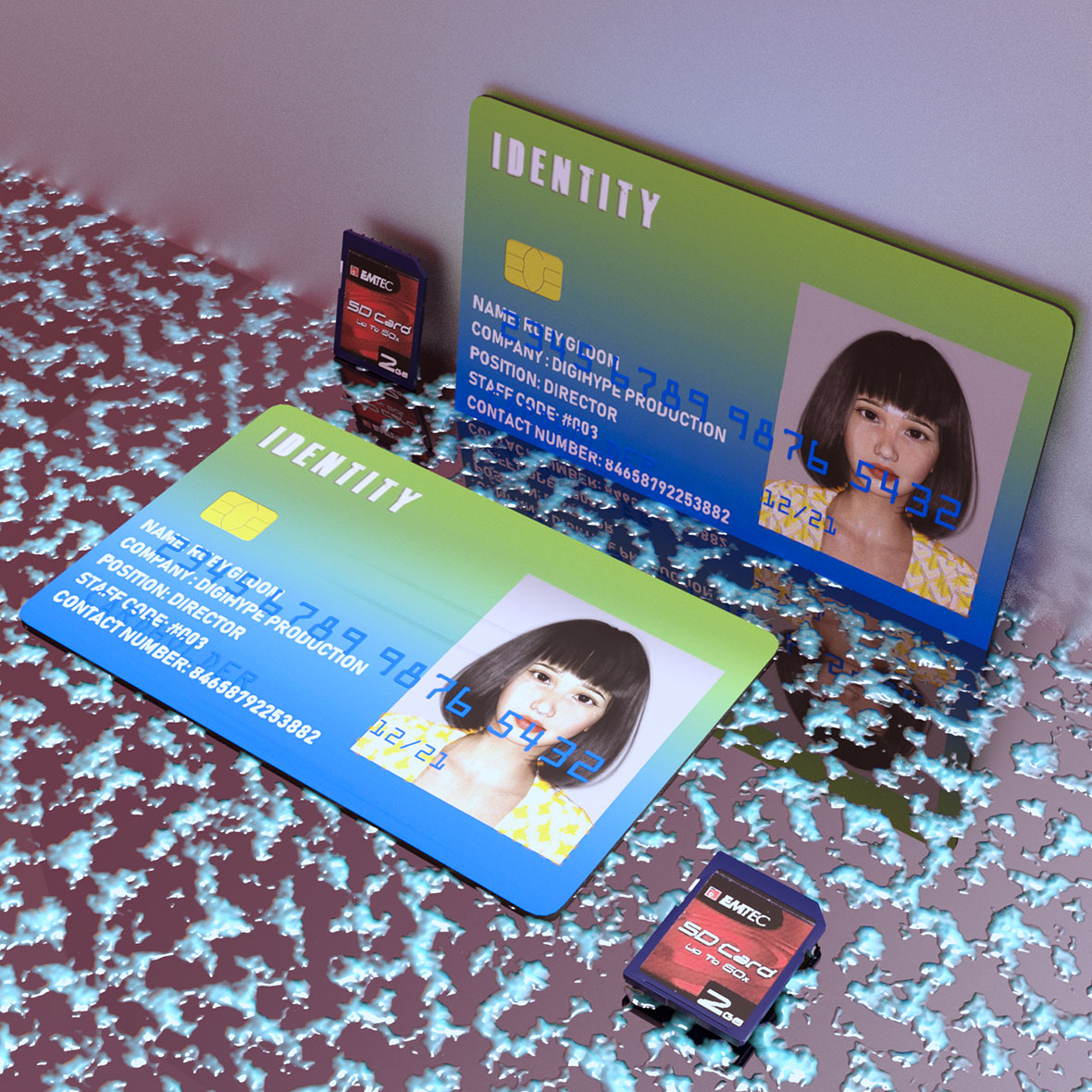