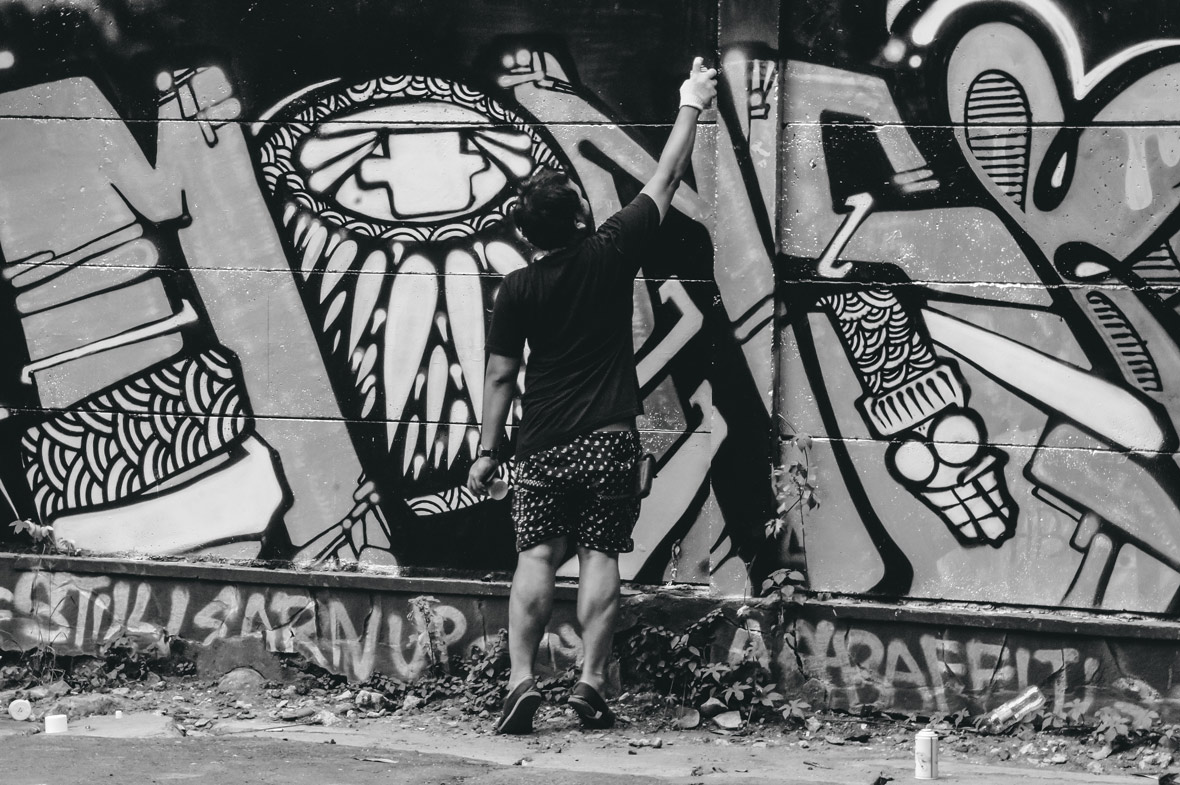 Darbotz is one of the most well-known street artists in Indonesia. On most of his solo work, he forgoes the to-be-expected typographic approach of street graffiti that often appears in the form of “tags” or “throw-ups.” Instead, Dartbotz prefers to present his identity through his signature character: the cumi (meaning squid in Indonesian). Darbotz’s squid creature usually takes the form of a sphere with menacingly sharp, teeth-like tentacles, and it never looks quite the same throughout his work, but the inconsistency is purposeful – the ever-evolving, dynamic nature of the squid not only represents his progress as an artist but also serves as an ode to Jakarta, embodying the chaos and rapidly changing urban fabric of his beloved city. In recent years, Darbotz’s work has moved beyond the streets corners and bare walls of Jakarta, now appearing in exhibitions across the world, further narrowing the gap between street art and fine art. 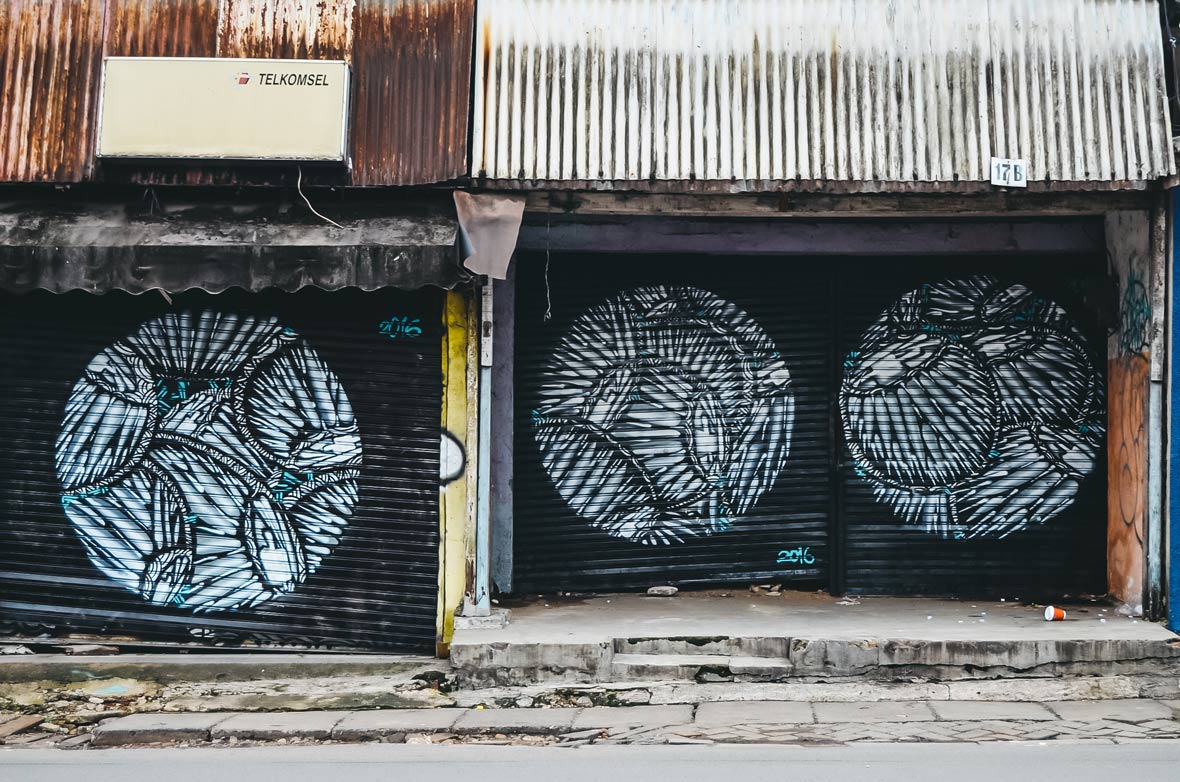 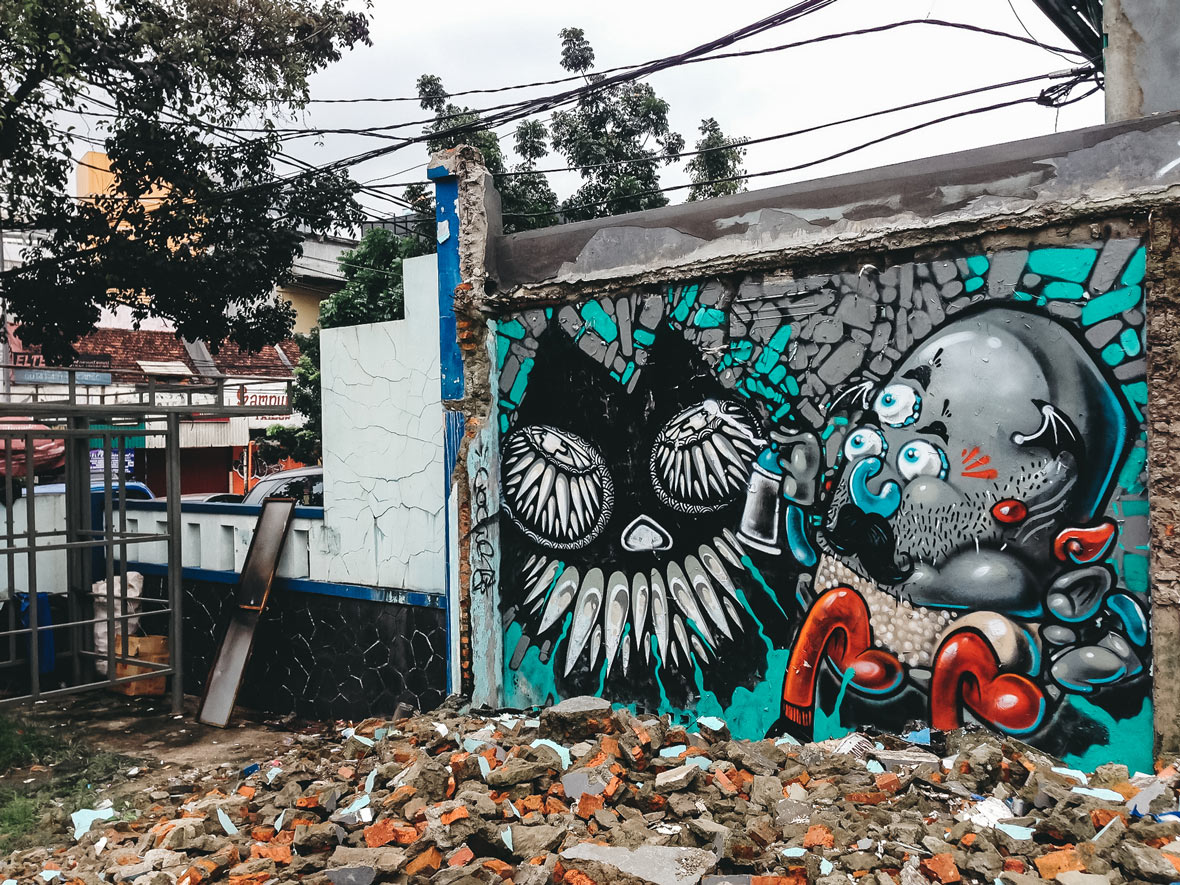 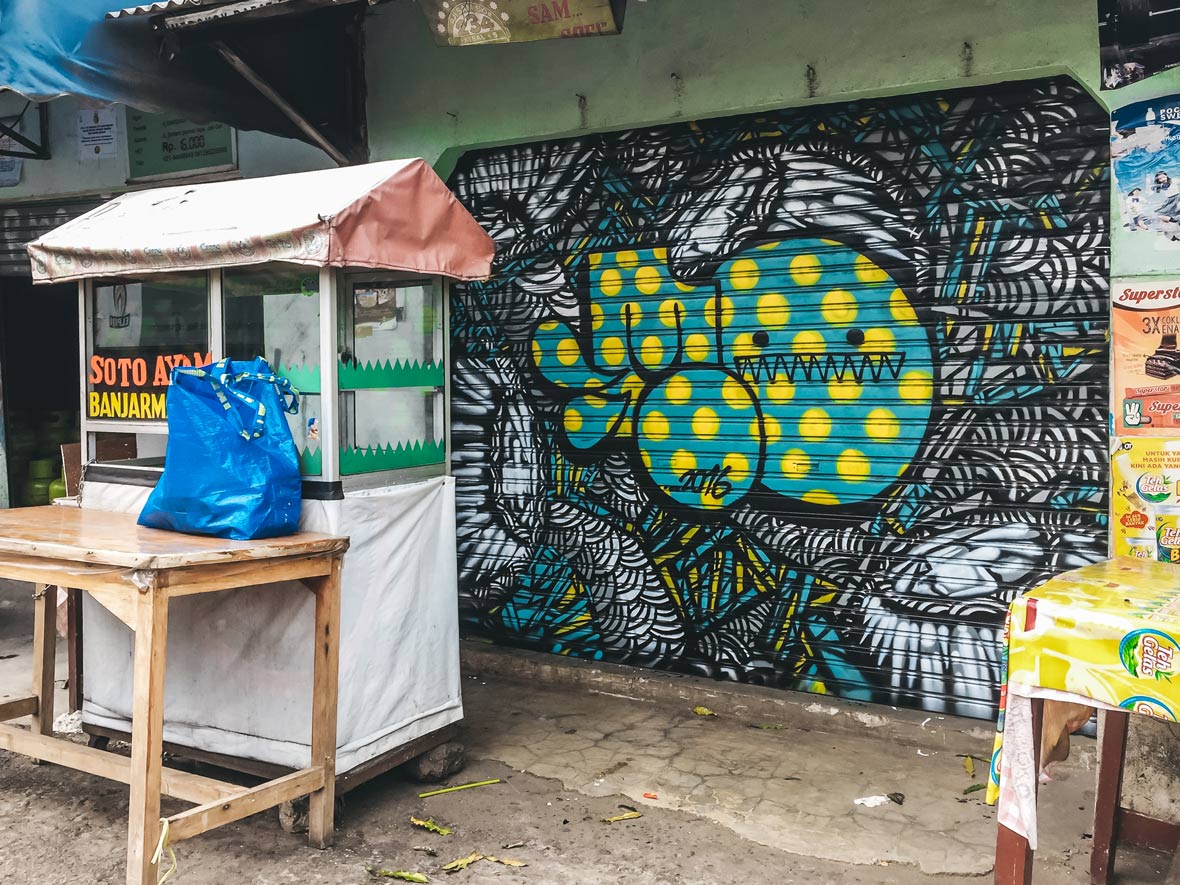 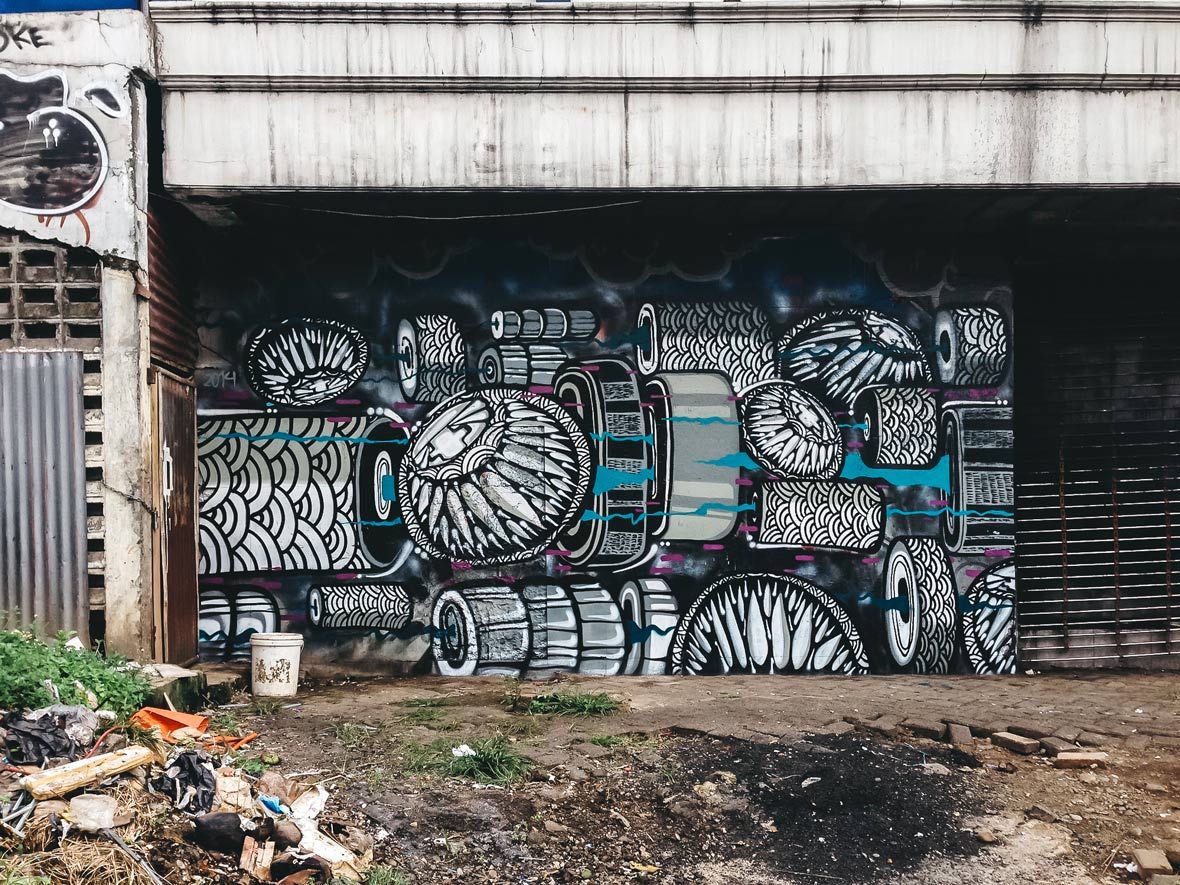 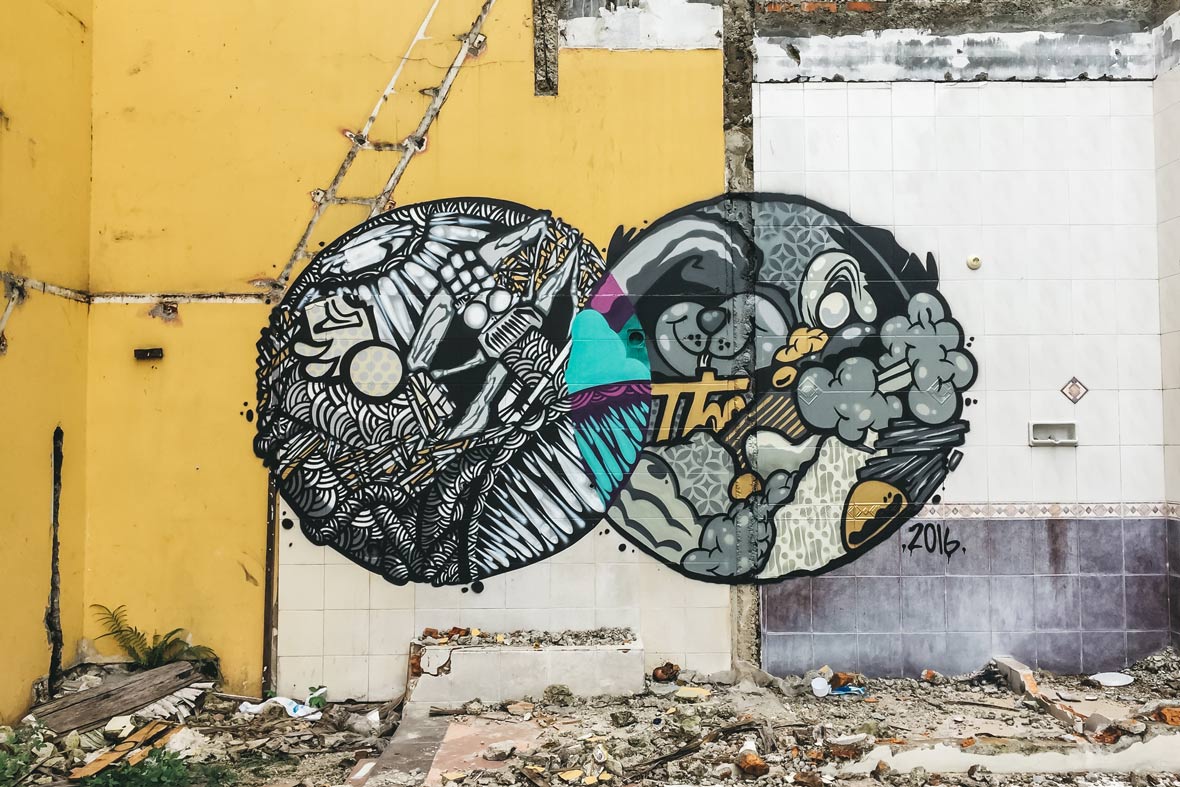 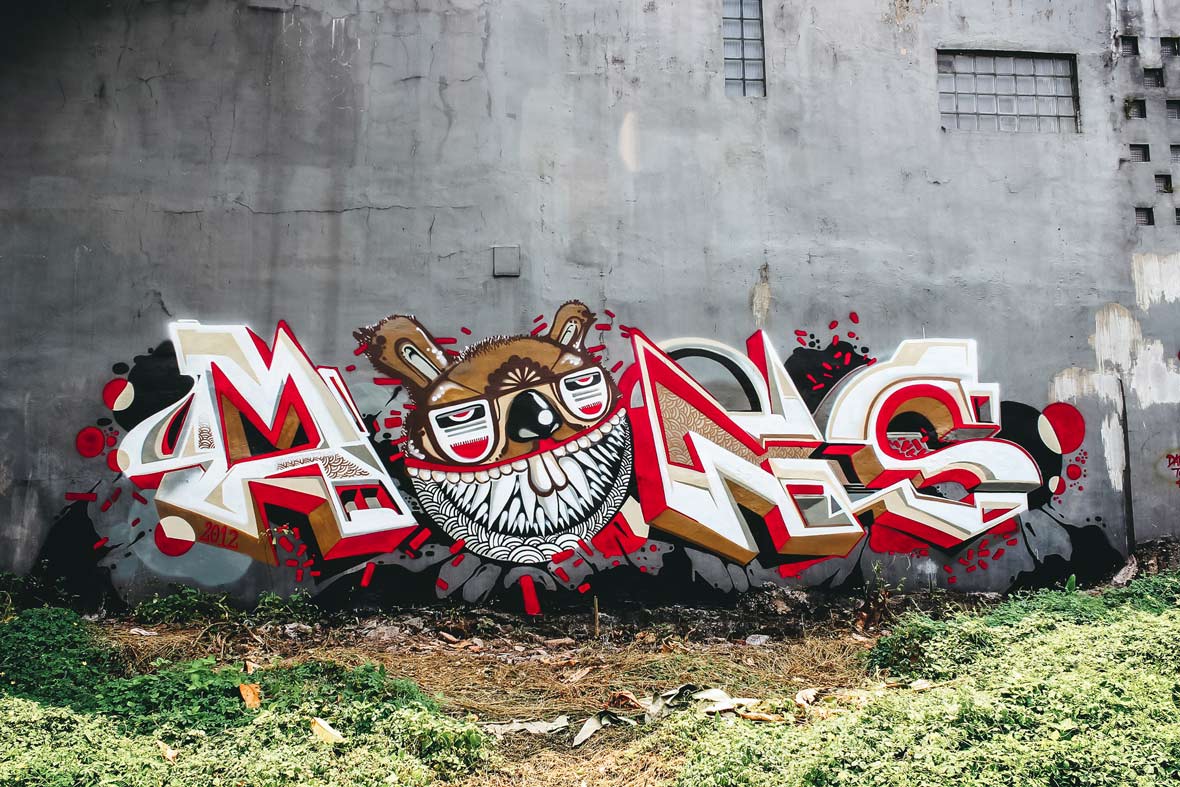 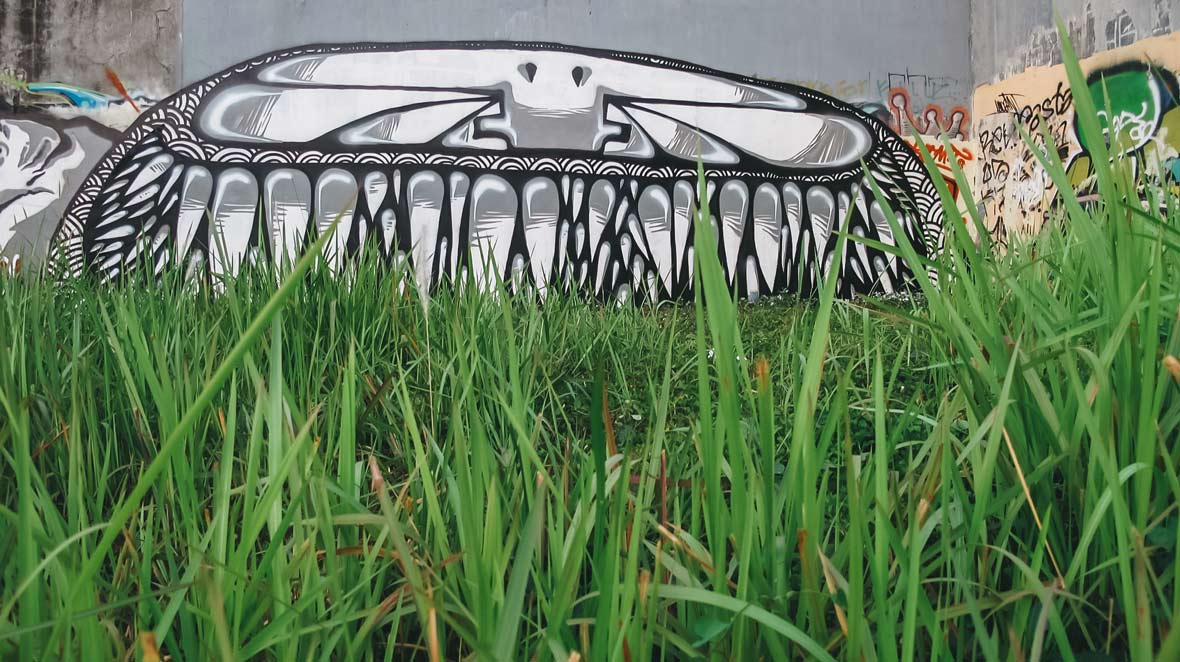 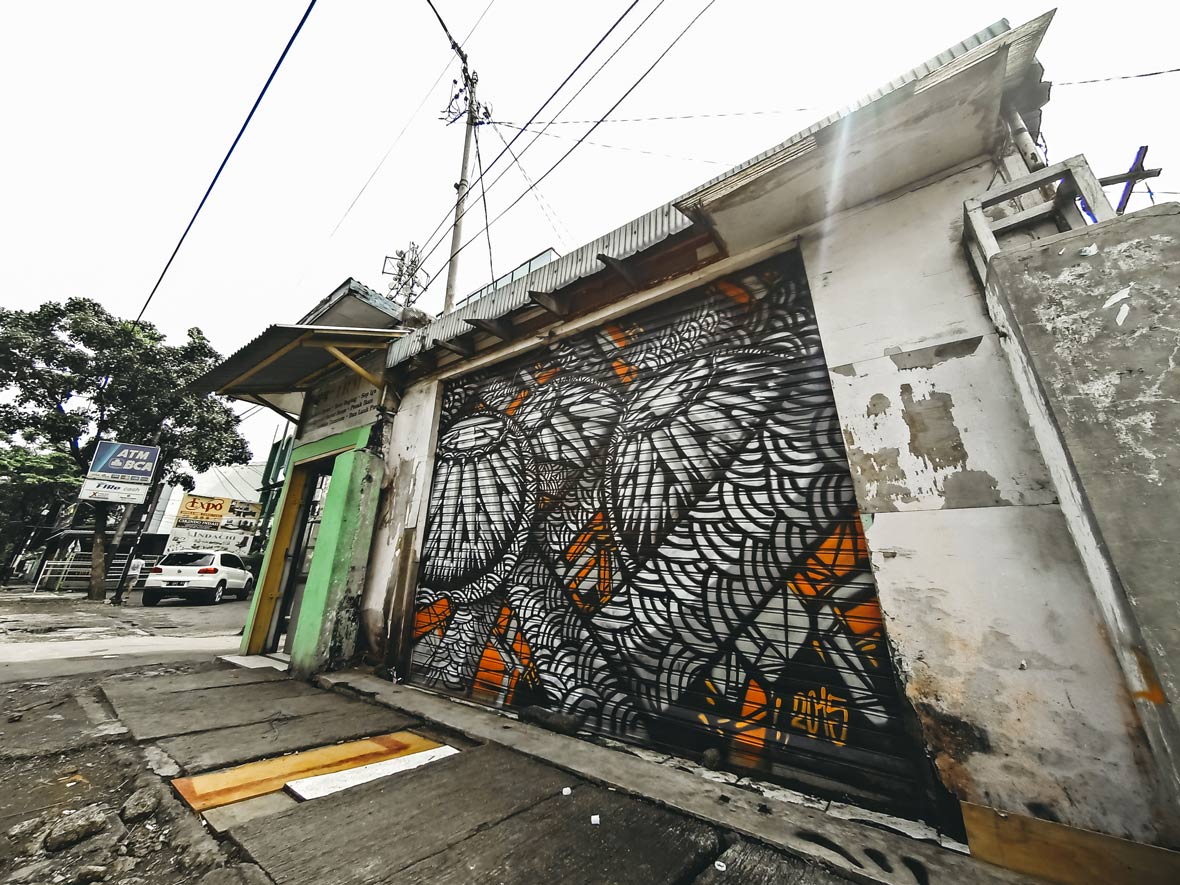 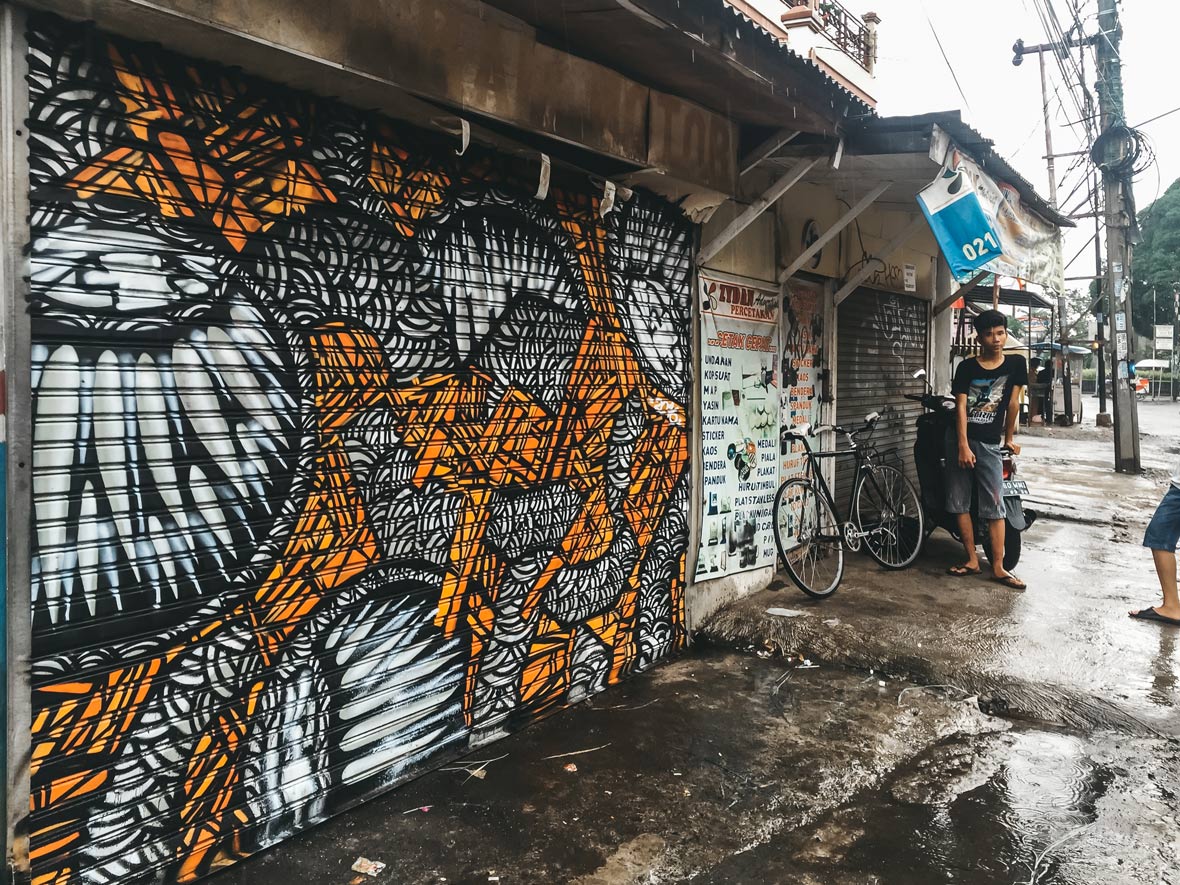 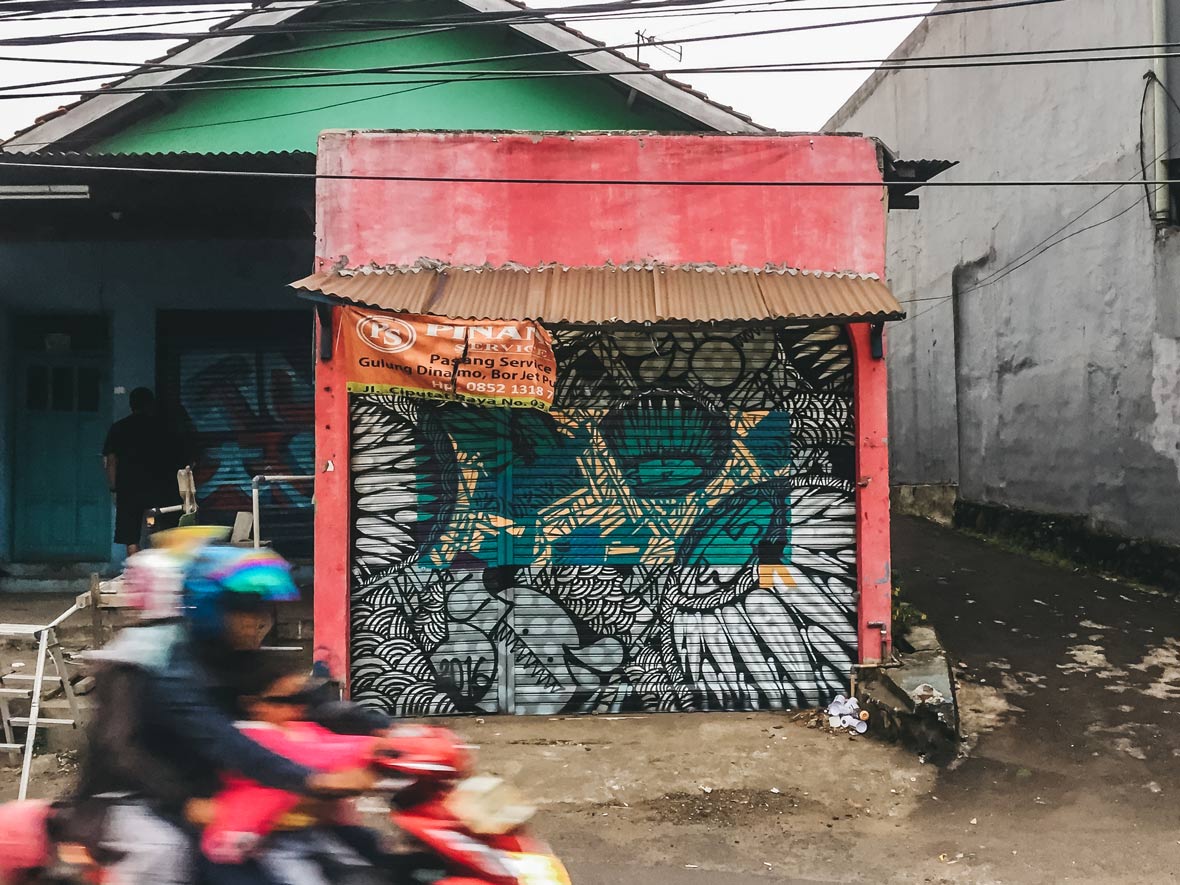