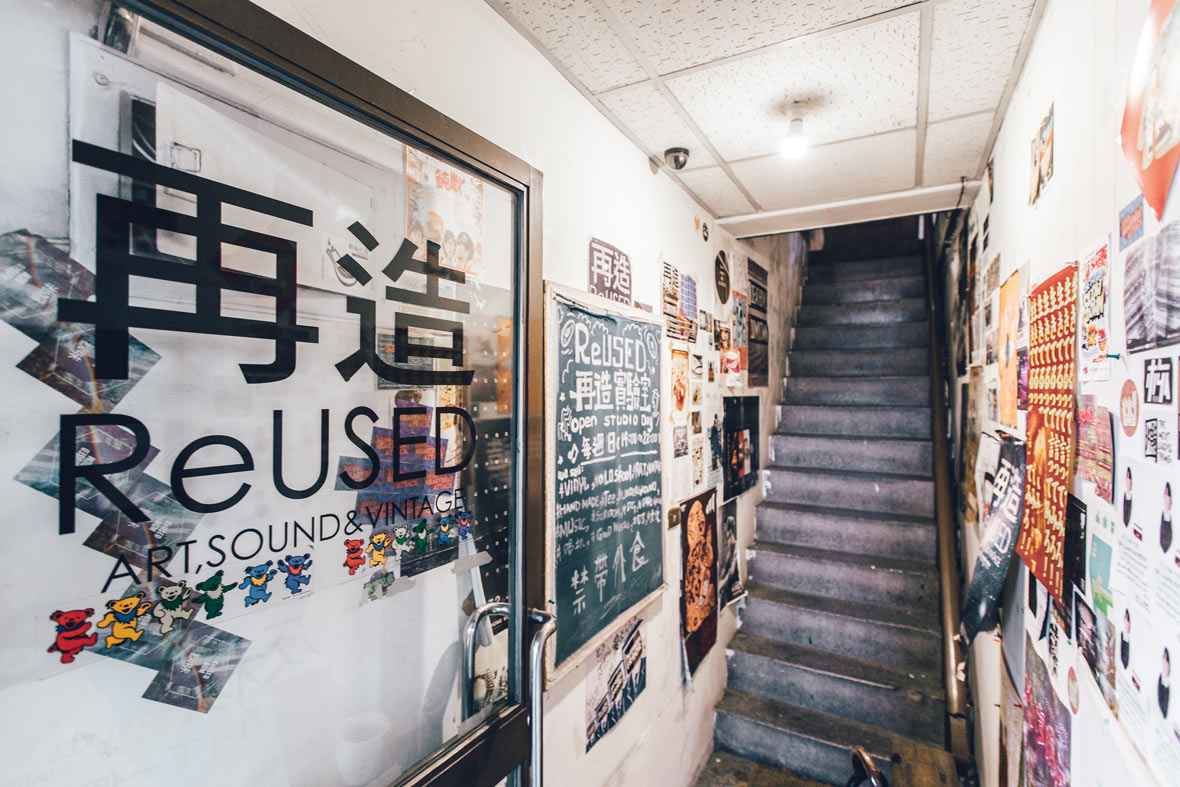 Located in the Beitou district of Taipei, ReUSED is an independently owned space with many different faces and functions. It was founded by Mike Ho, who is also as multifaceted as this ambitious and experimental project. At ReUSED, Mike plays a number of varied roles, including but not limited to: music producer, visual artist, event organizer, hostel owner, and designer. The space is made up of three floors: the first floor is a narrow hallway that is used only for entry; the second floor is a showroom and mini-studio; while the third floor consists of the hostel quarters, a performance area, as well as Mike’s personal workspace. 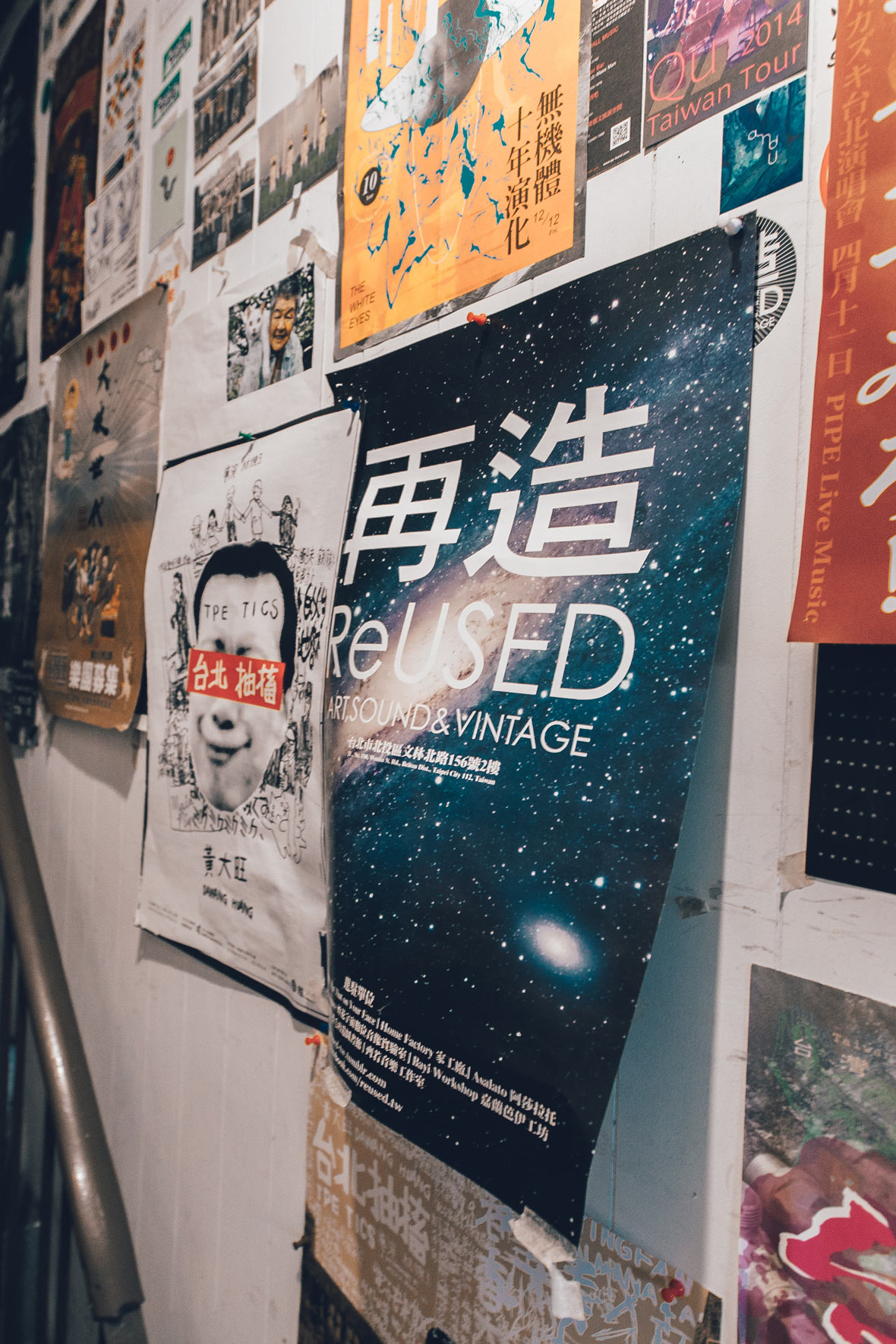 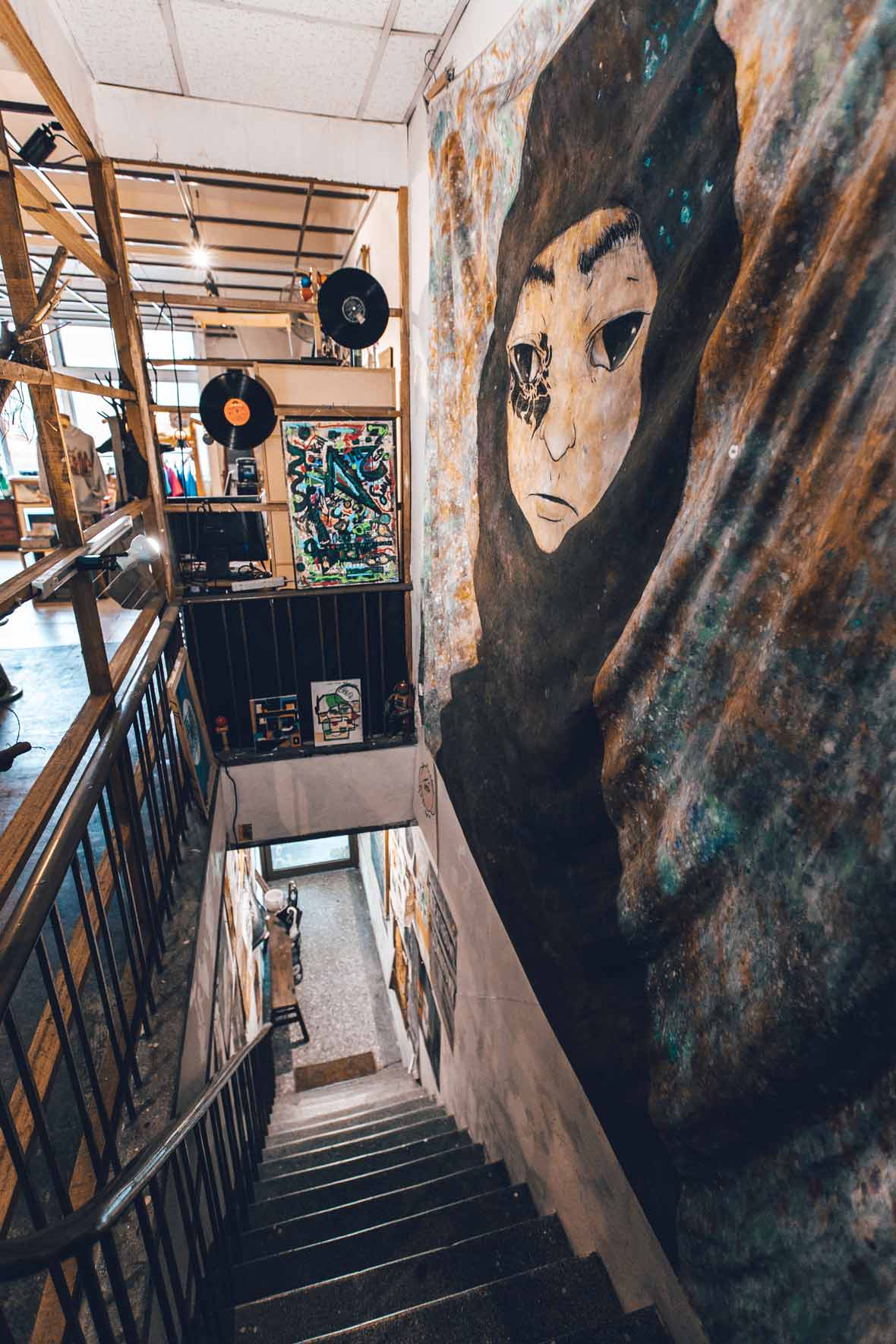 Upon entering, visitors will find themselves walking through a narrow poster-lined hallway, where a set of stairs will lead them up to the second floor. On the second floor is an area that Mike has dubbed the ReUSED Lab. 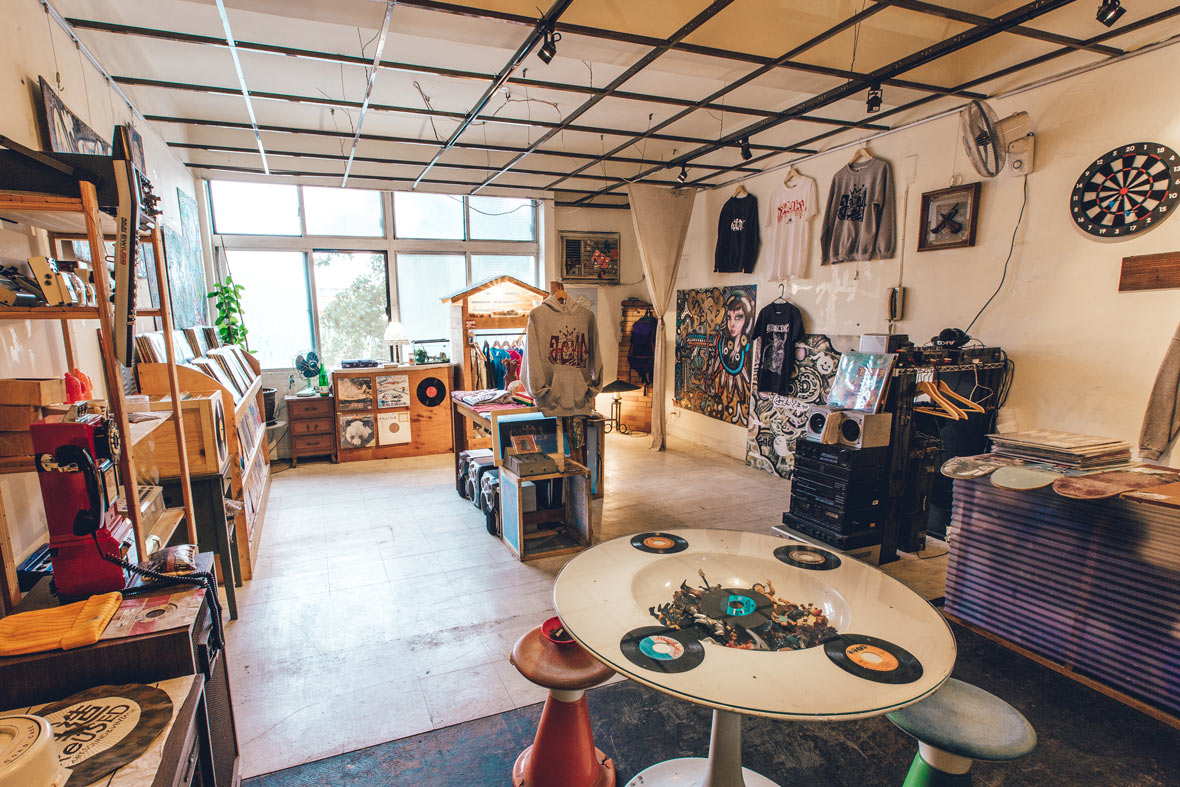 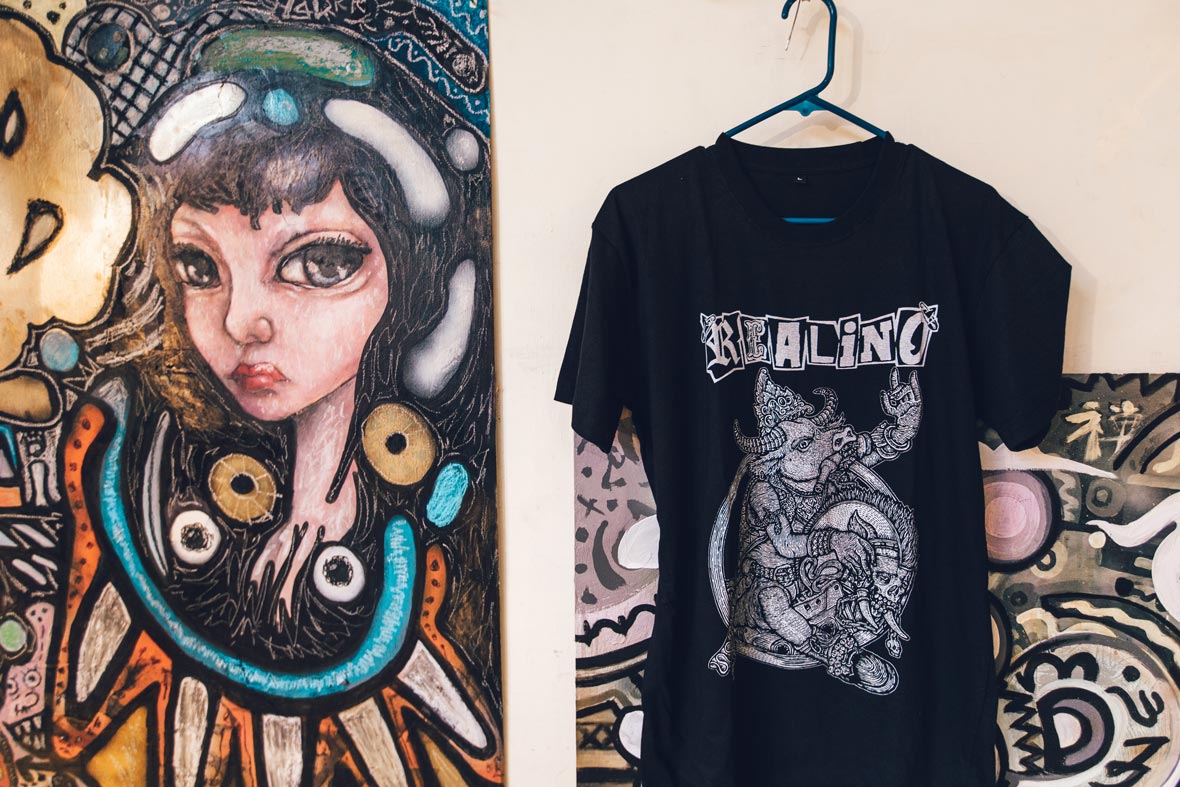 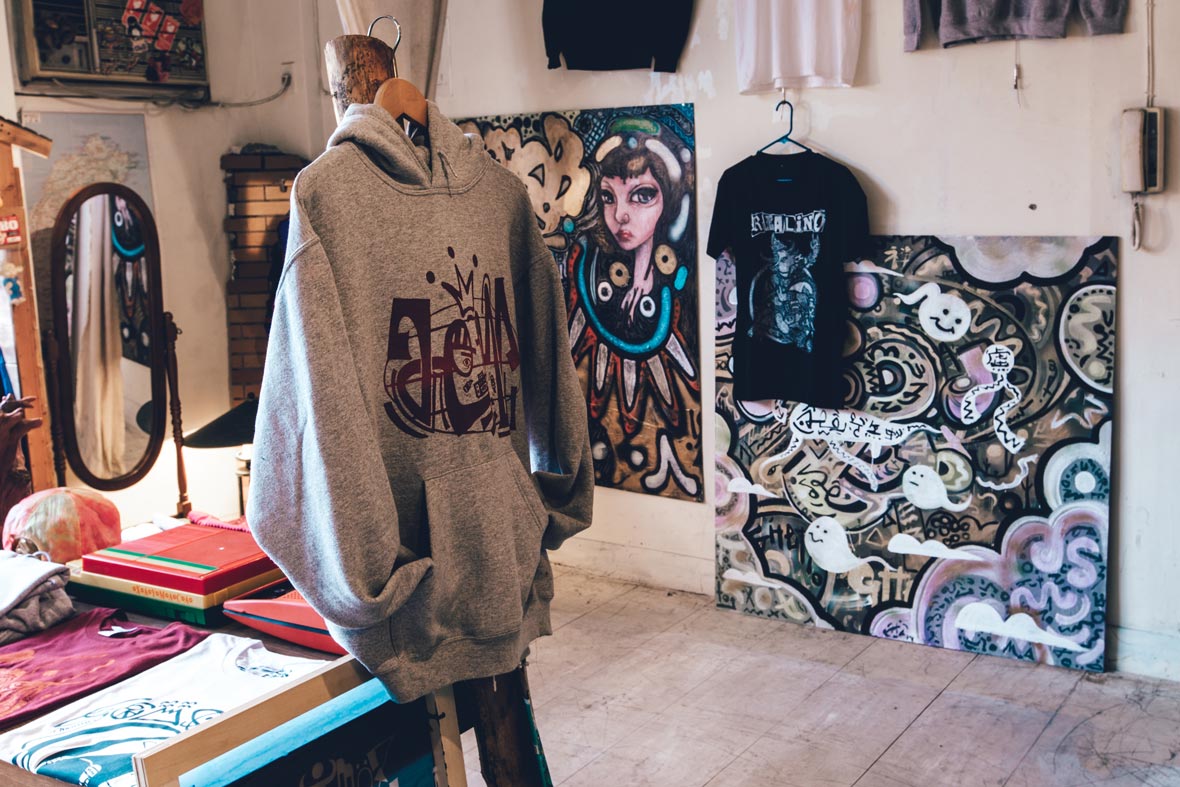 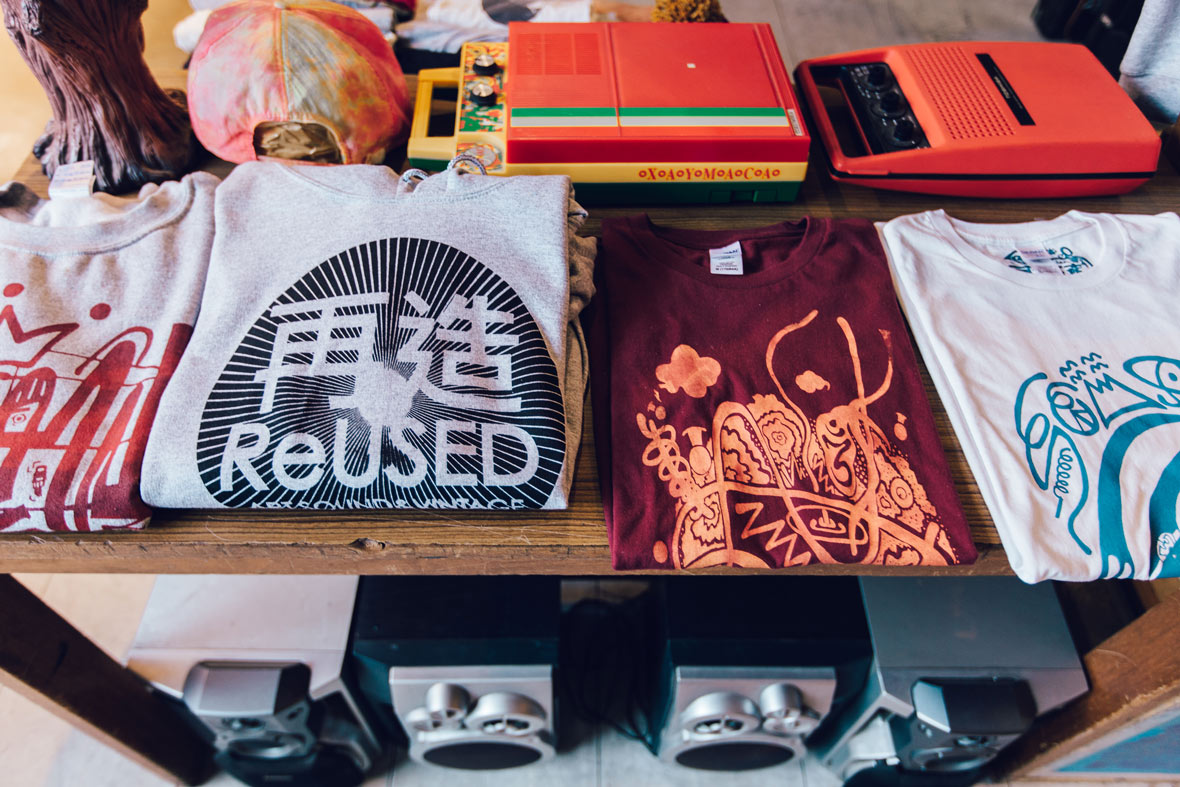 ReUSED Lab is first and foremost a clothing store. It boasts a sizable collection of clothes: some are designed and screen printed in-house under the ReUSED brand, while others are artist collaborations. A small table also sells vintage t-shirts and sweatshirts that Mike has collected from his travels. The vinyl shop, which shares the same space with the clothing, sells a tightly curated selection of records: ranging from Western oldies to lesser known Japanese vinyl. The store, however, is only open to the public on Sunday. 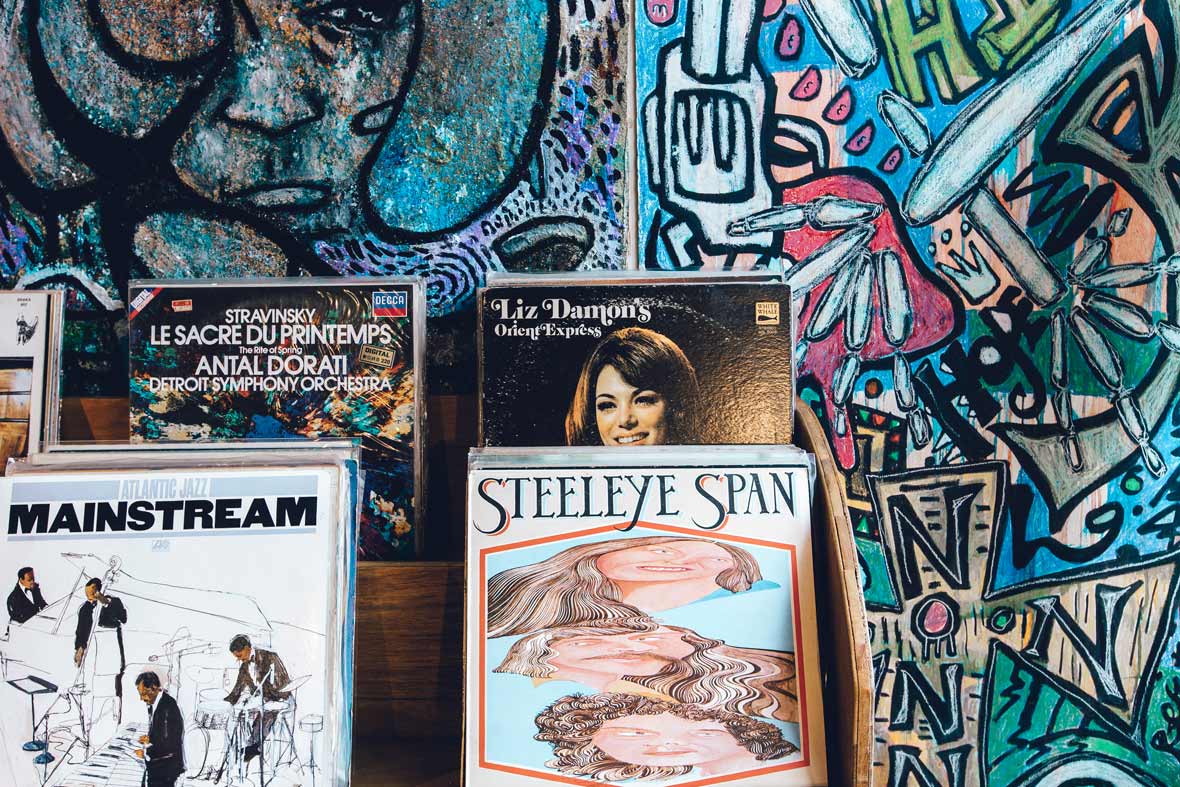 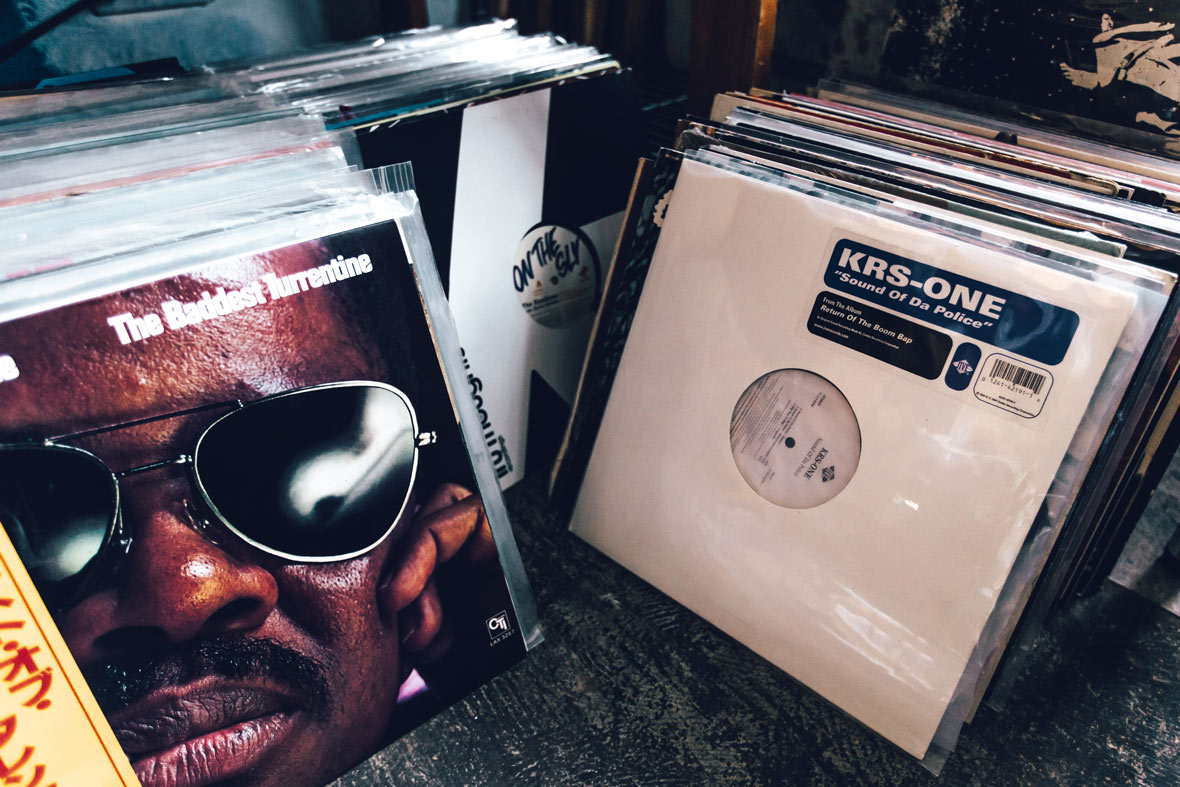 This same floor also houses an open studio that is similar to the shop, in the sense that it merges two different sections together. One area is dedicated to illustration and painting, while the other is a private workspace that has been converted into a traditional turntable station. 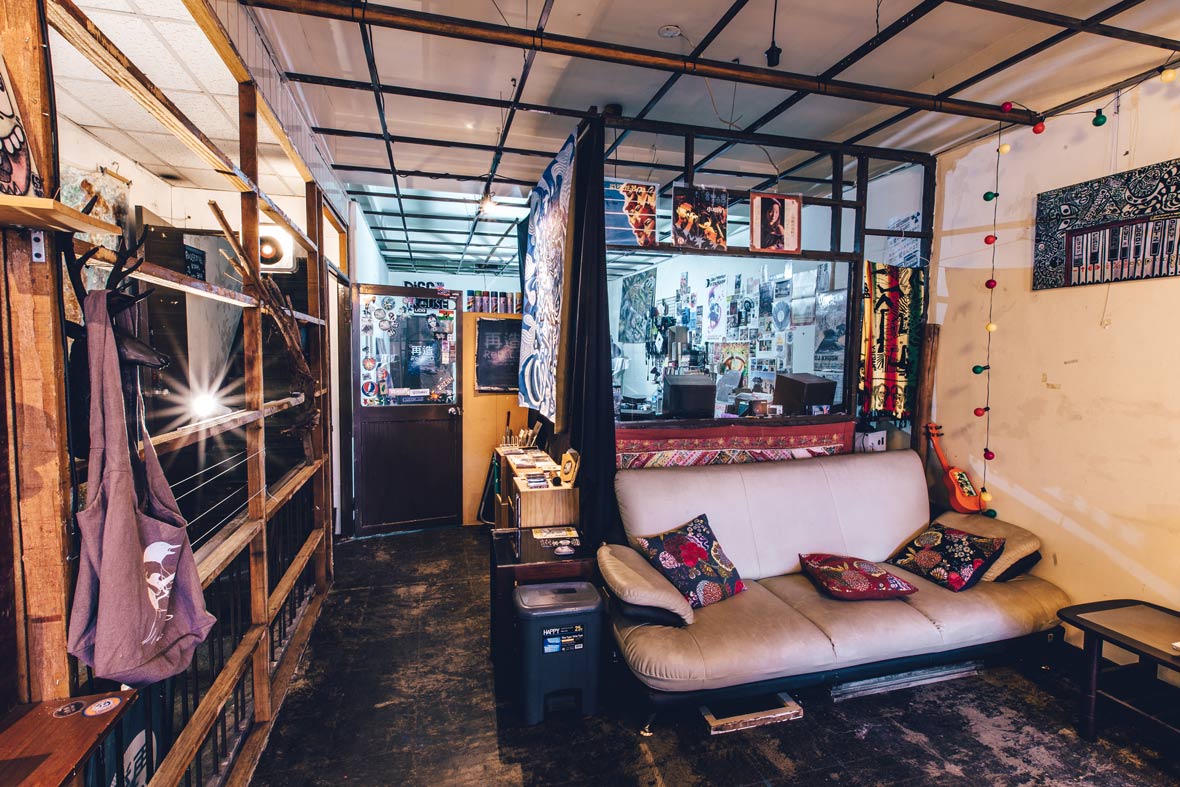 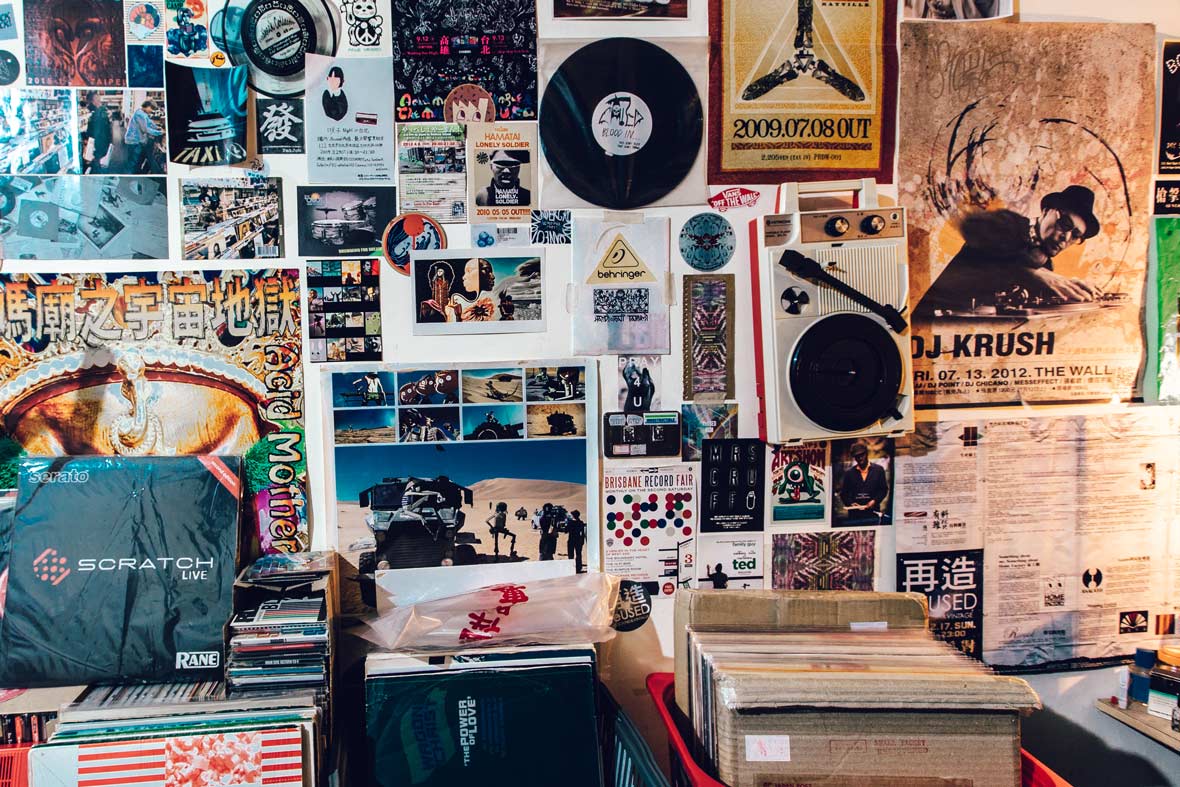 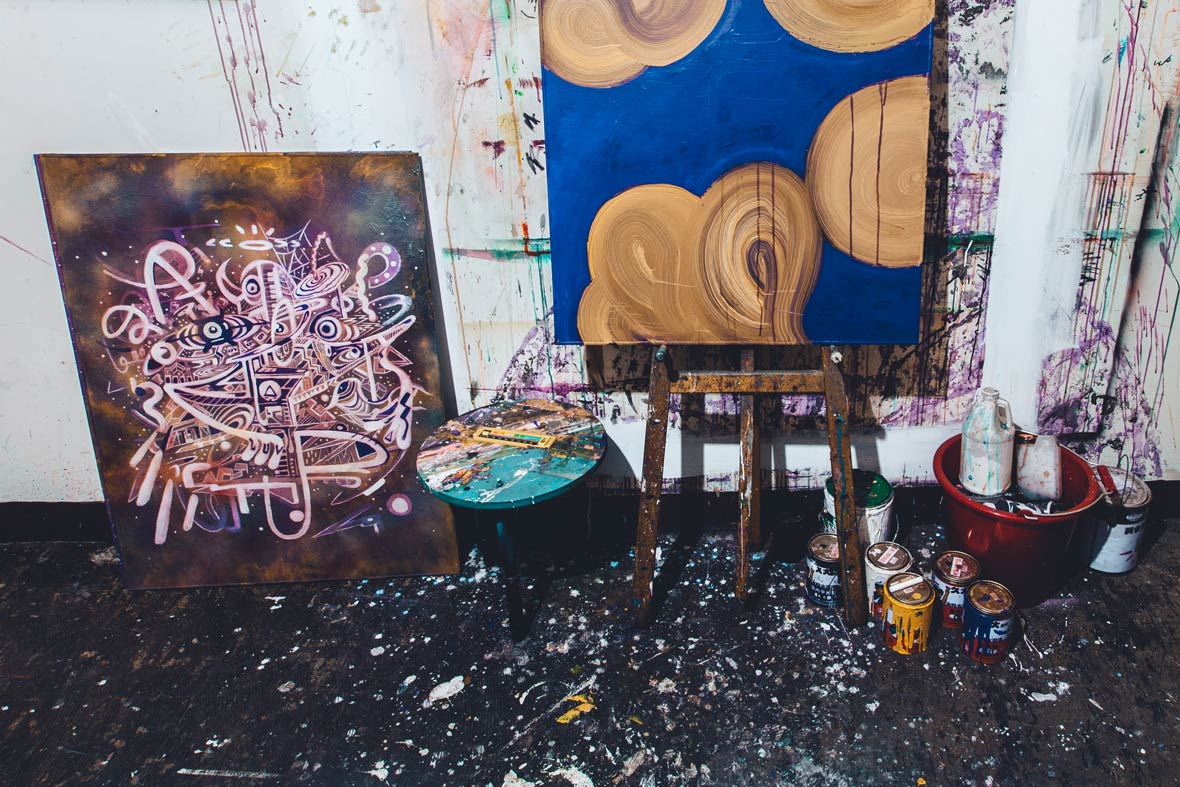 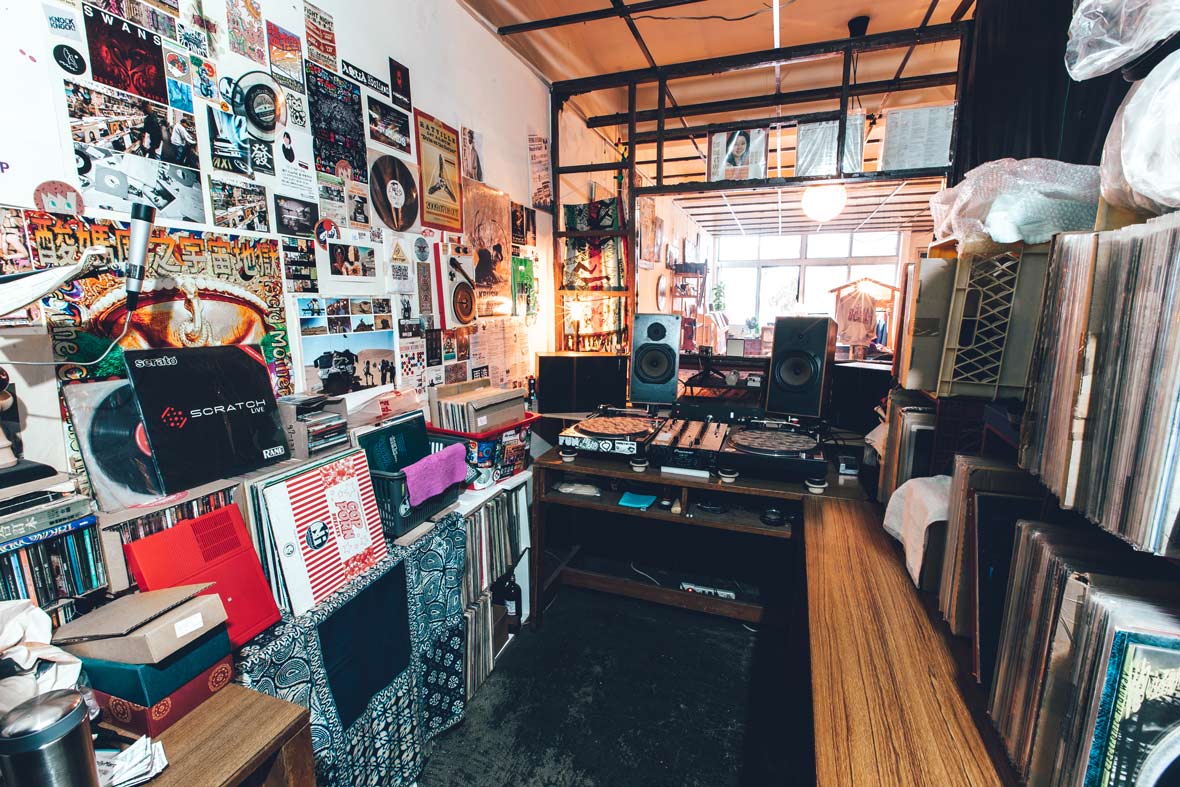 Another set of stairs will take visitors up to the third floor. On this floor there is a hostel space, a spacious living room area, and Mike’s personal studio. All of these spaces are interconnected, but are not immediately identifiable to have a single obvious function. “In the early stages, I oversaw this space as the creator, and deliberately decided not to define this space to be one or the other,” explains Mike. The living room area is able to transform into a performance space, while the hostel kitchen transforms into a makeshift bar during events, and his music studio doubles as an open library, filled with an extensive collection of Japanese manga and various old publications that aren’t commonly seen. 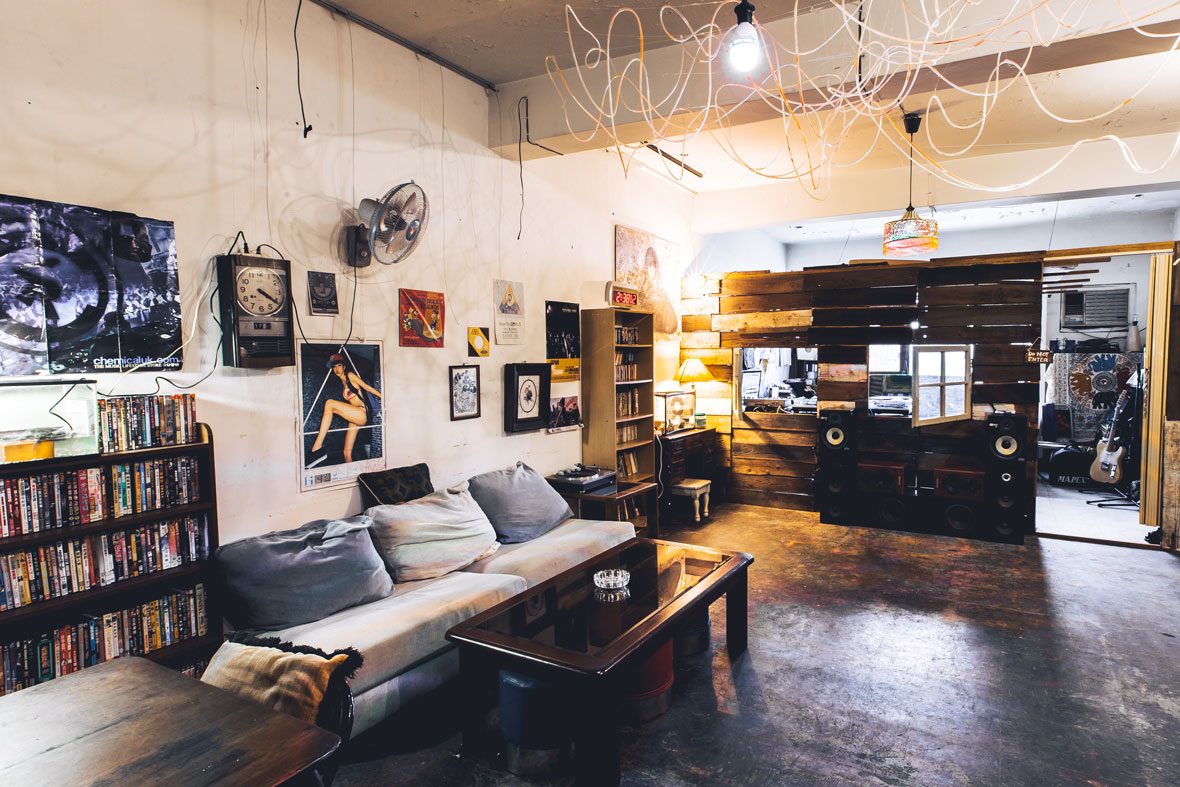 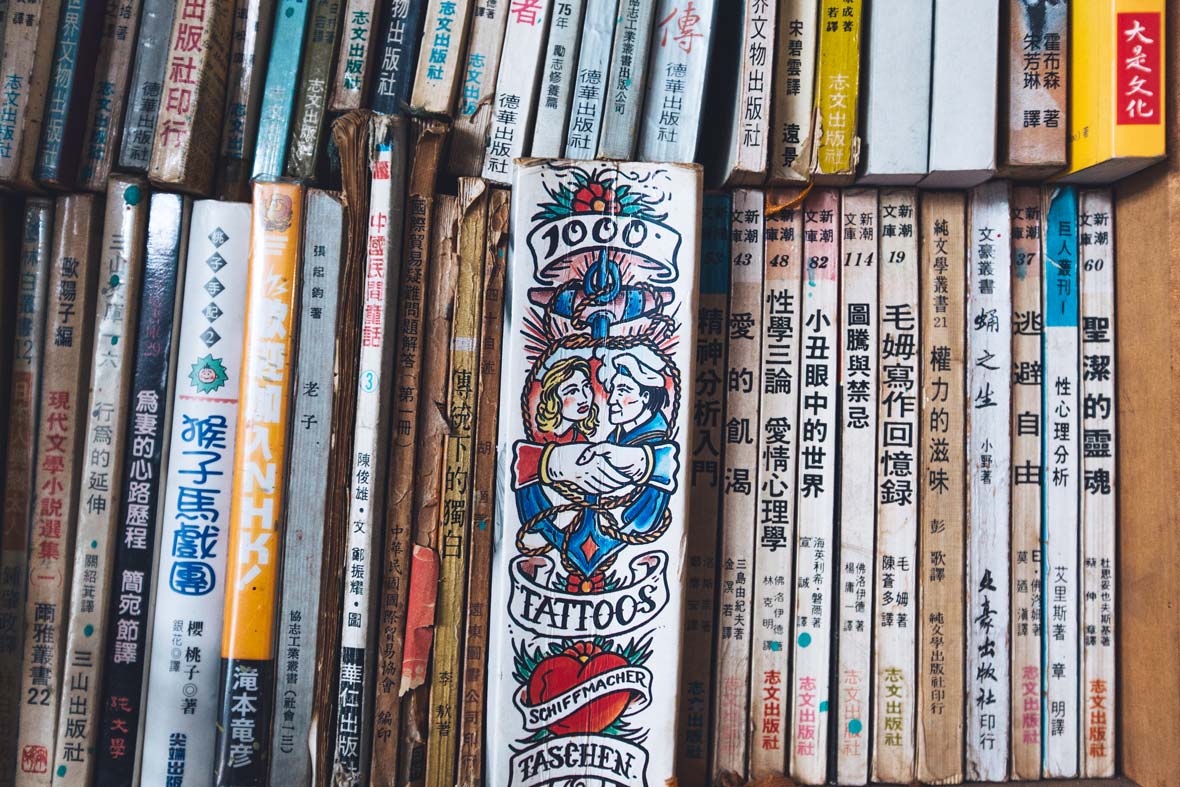 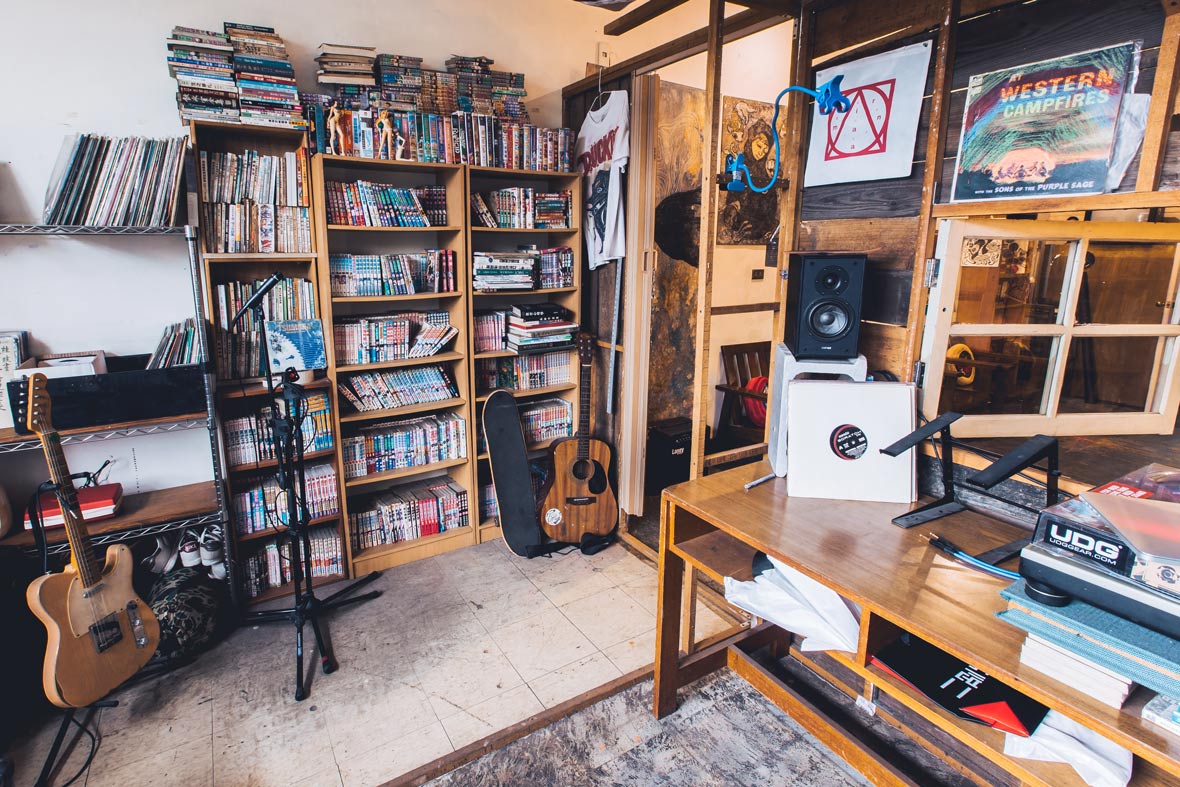 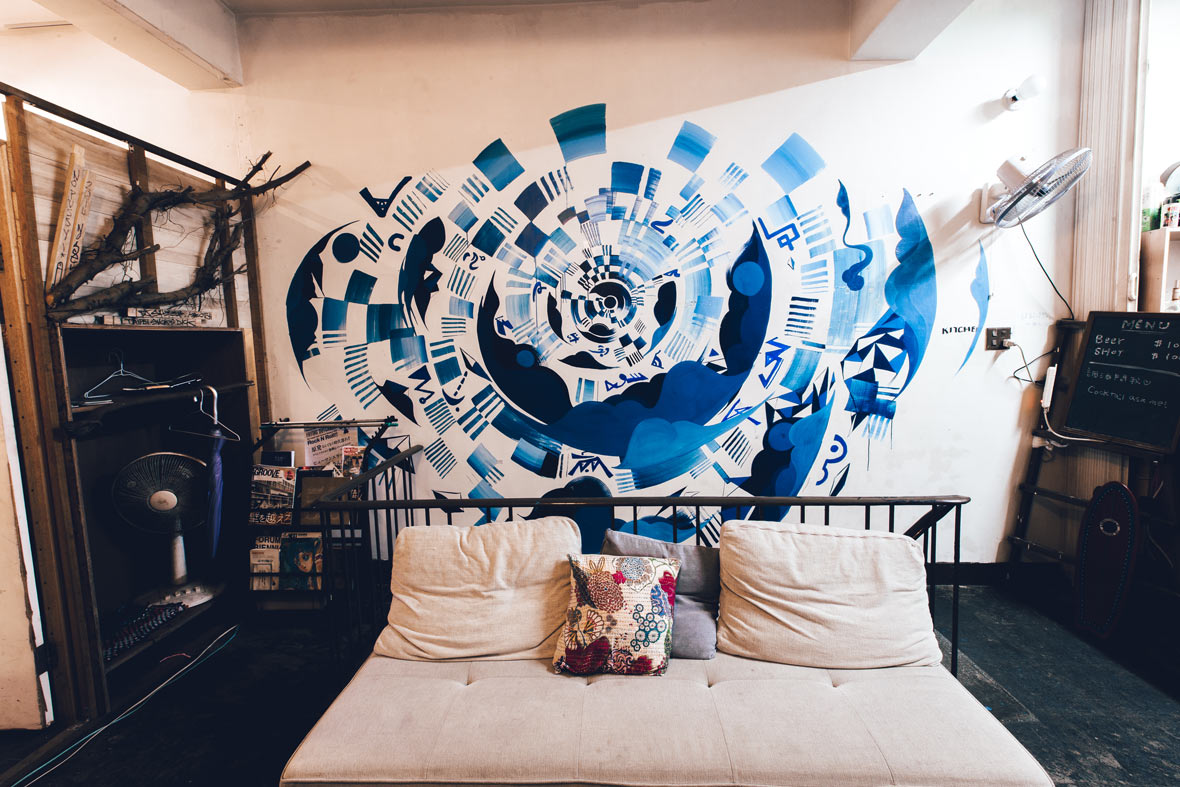 Travellers that Mike hosts in the hostel are all creative individuals. Those who stay aren’t just people who are trying to find a bed and a roof to put over their heads. The owner’s goal is to facilitate and create a dynamic creative exchange between these transient artists and the local artists. They are all encouraged to contribute to the space in some way. These collaborations have in the past ranged from putting together an art installation on the ceiling, creating a full-sized wall mural, to doing a short live performance of their music. 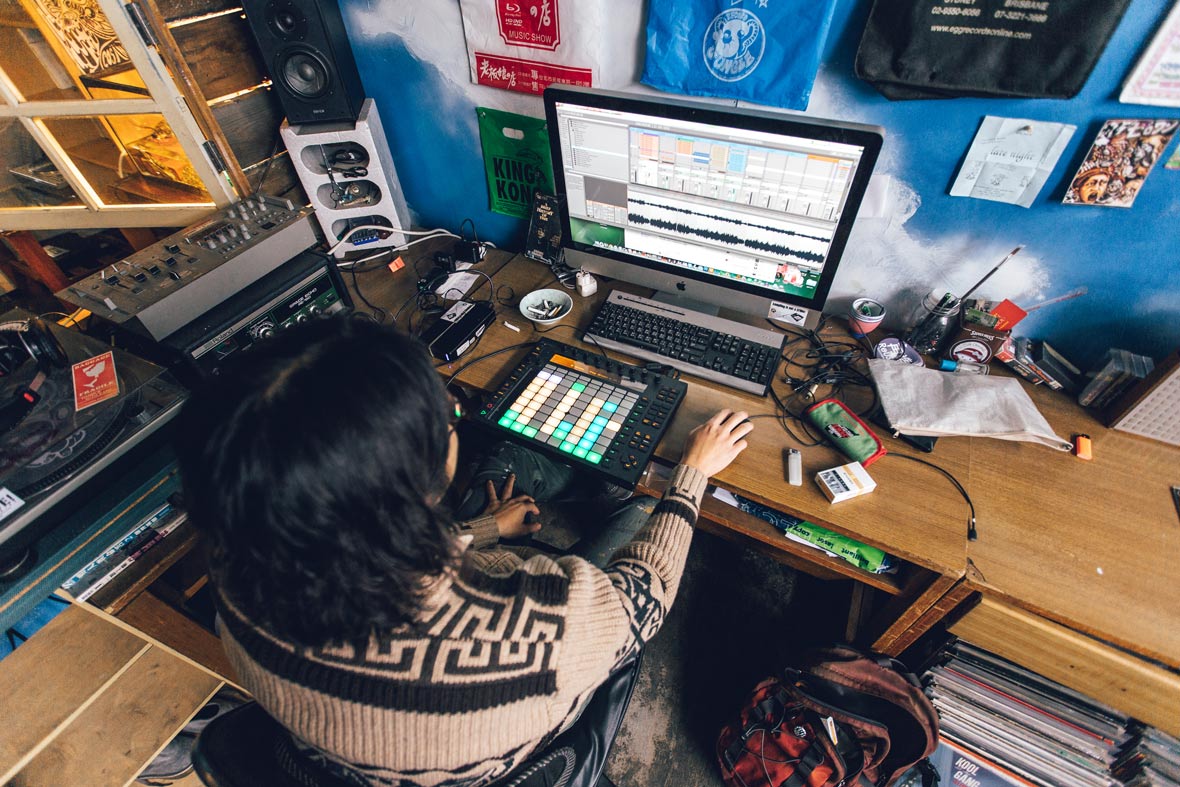 ReUSED has hosted a variety of diverse events in the past – from movie nights, to solo guitar acts, and experimental DJ sets. These community driven events are still regularly organized by Mike on a near weekly basis. Unbound by any restrictions, performers who are invited to the space are encouraged to exercise their creativity fearlessly. Going forward, Mike Ho’s goal is to turn ReUSED into a central hub of creativity for both traveling or local artists of all types. 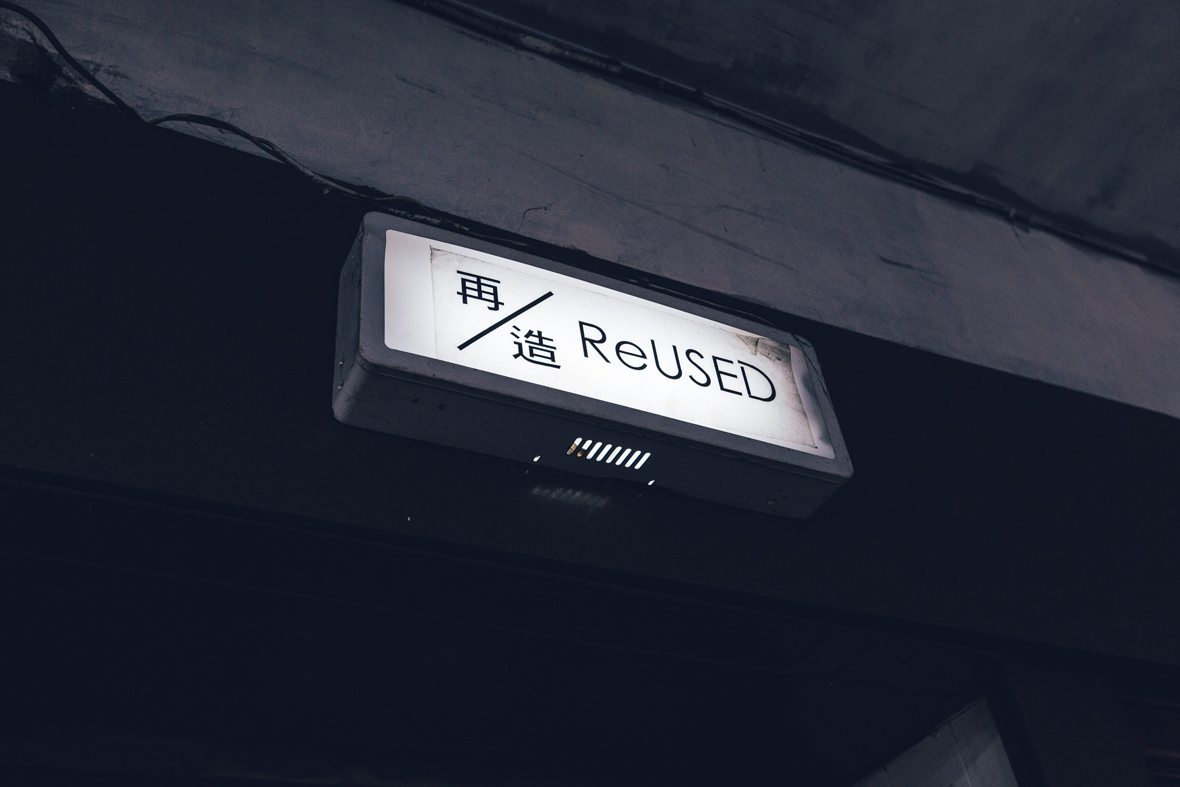