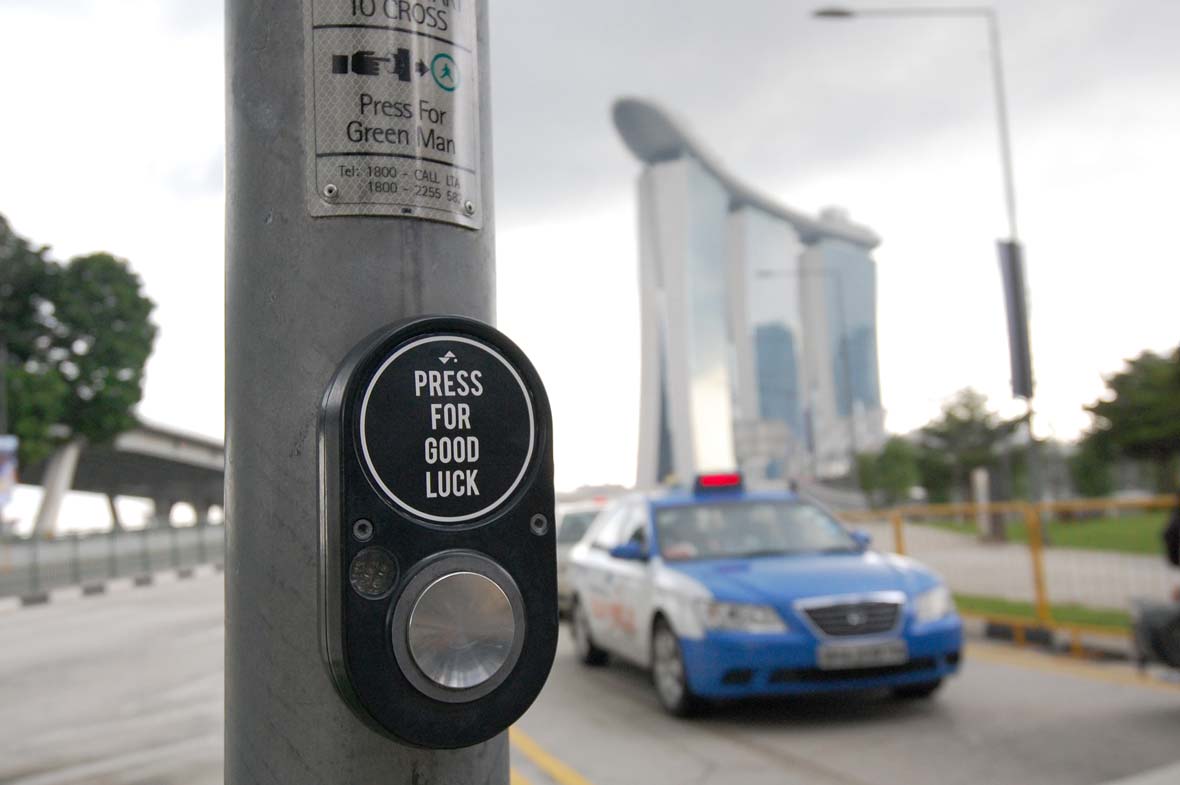 Occasionally censorship and draconian punishment can backfire and work in an artist’s favor. That’s certainly the case for Singapore’s Samantha Lo, otherwise known as SKL0, who went from facing jail time for her lighthearted street art to touring the world for gallery shows and mural commissions.

SKL0 never expected to become an artist. Before the whole uproar, she had studied food science and didn’t know what she wanted out of life. Street art caught her attention in 2008 when she started a blog about art in Singapore called RCGNTN. At first, she didn’t plan on joining the ranks of those she covered, but after a little while, she started slapping stickers around Haji Lane (a popular spot with the young crowd) to promote her website. That eventually evolved into stickers with humorous one-liners and observations about life in Singapore. 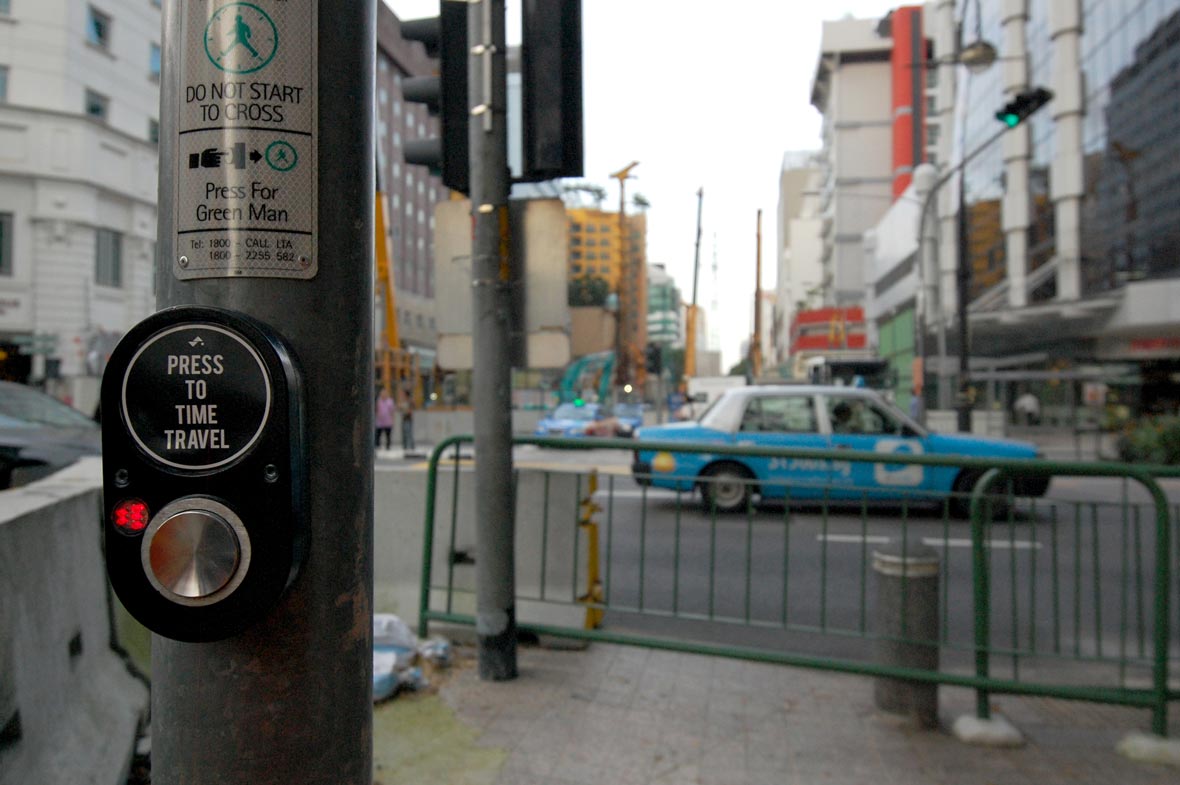 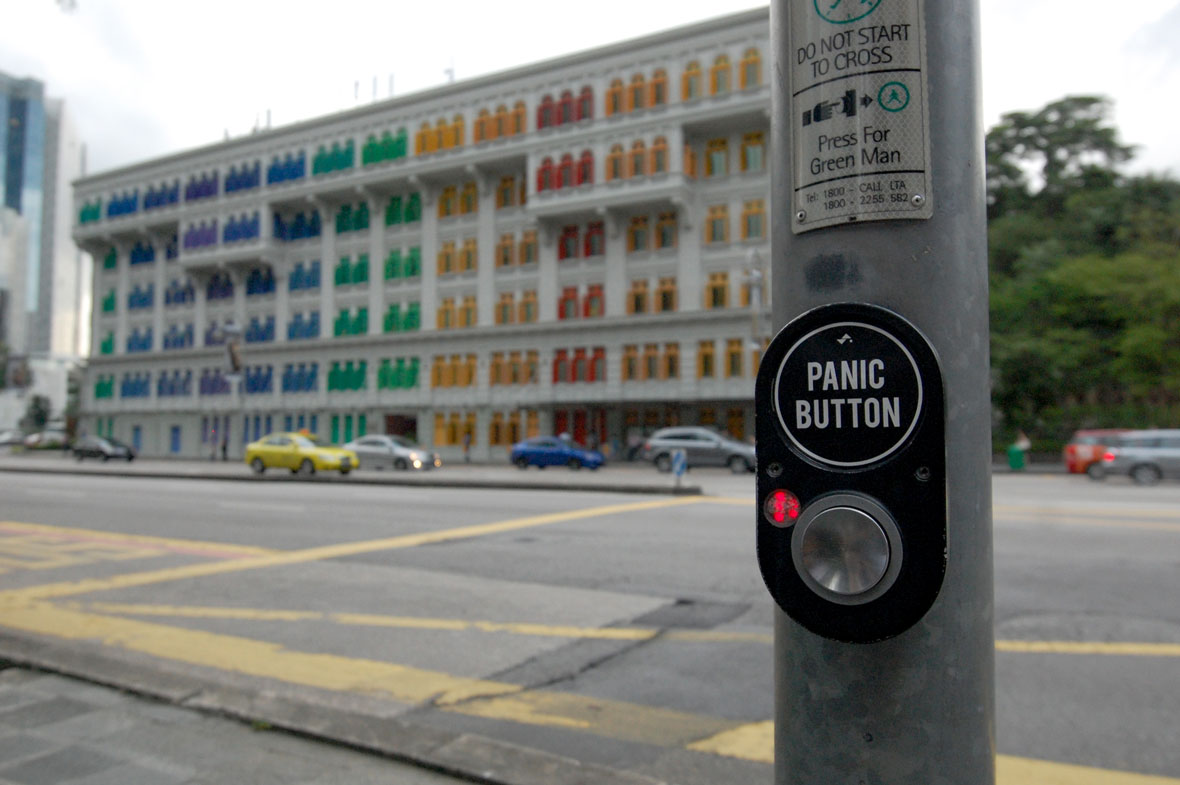 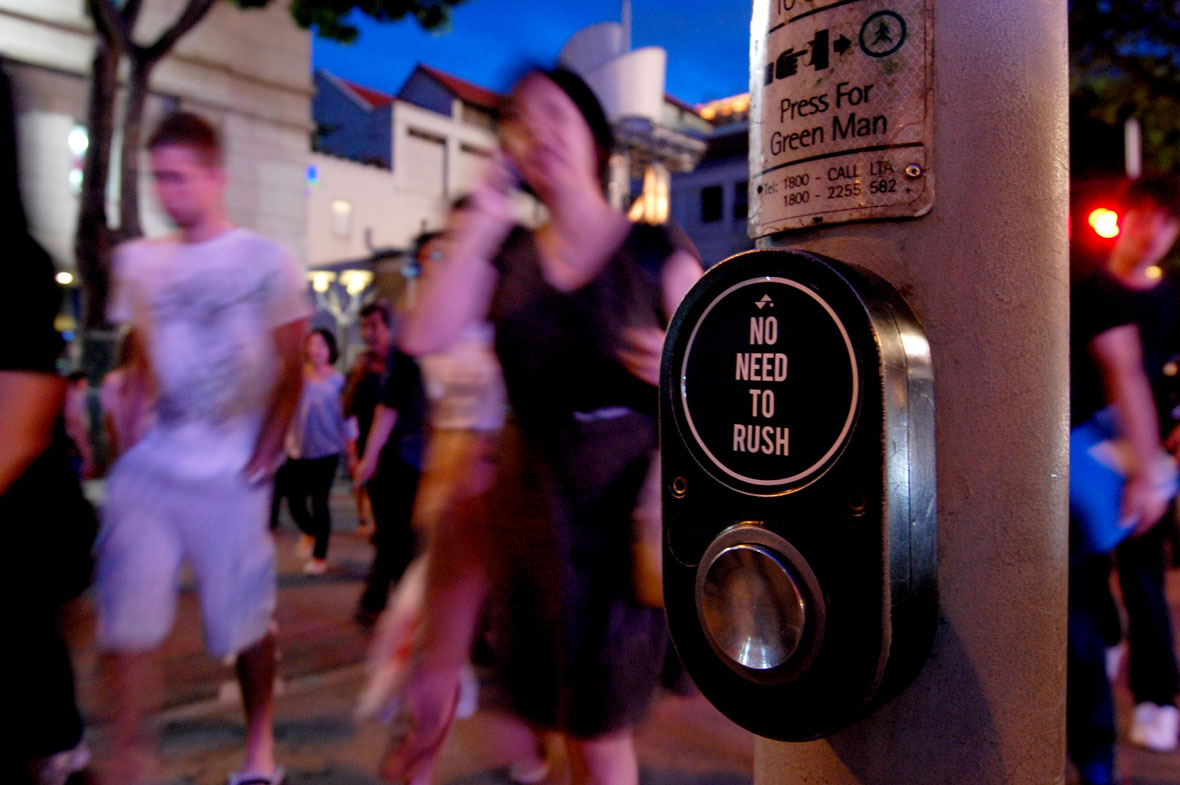 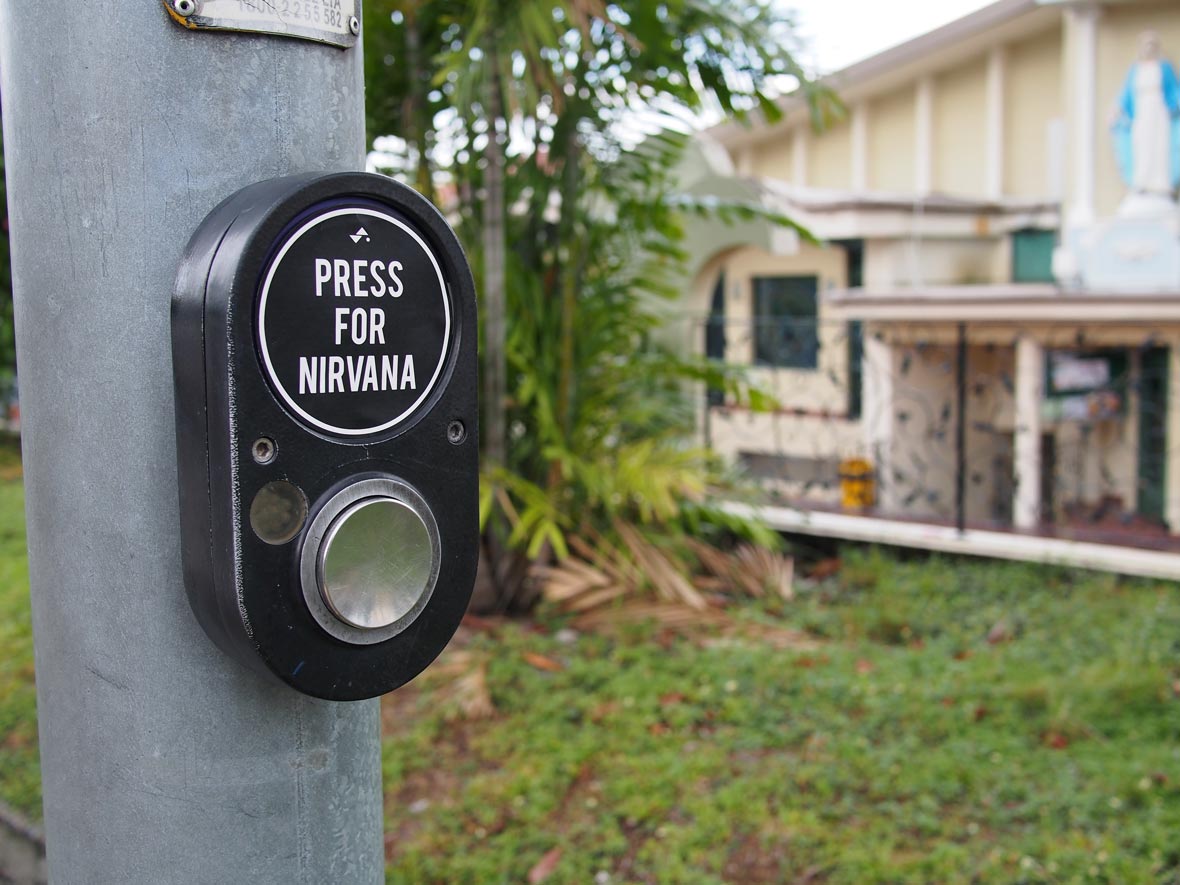 The stickers went viral and got her some attention, but it wasn’t until she stenciled the words “My Grandfather Road” on the ground in 2012 that her life changed. The phrase itself is just a play on the local saying “your grandfather’s road,” which is commonly used to tell off other drivers. Yet it sparked an investigation that led to an arrest, international media attention, and ultimately a brand new career. 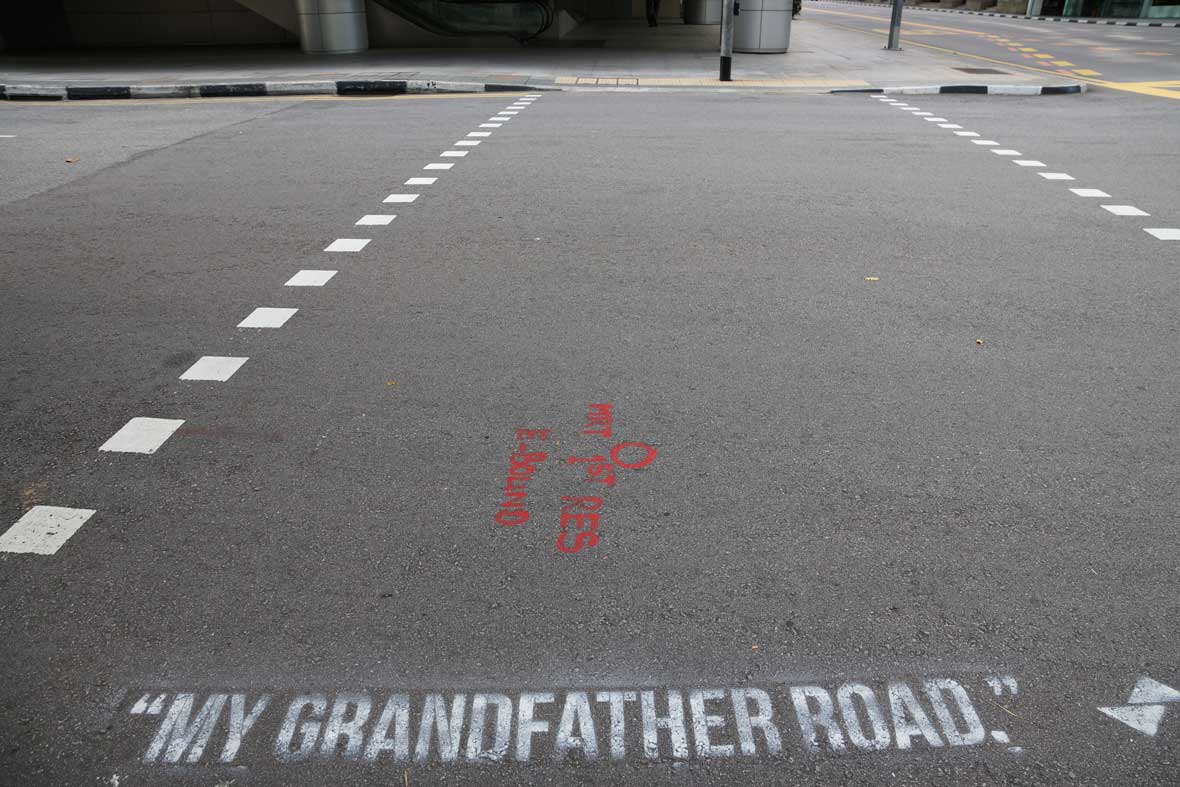 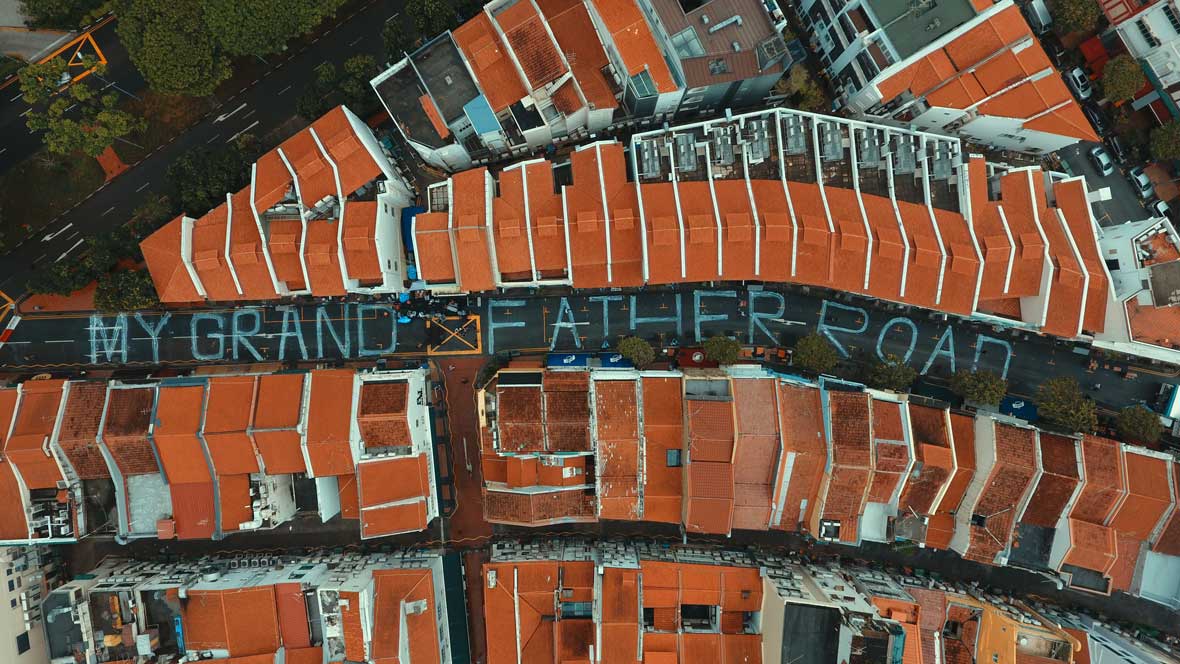 “I was at home, upstairs in my room playing Grand Theft Auto, when my mom called from downstairs. I thought she wanted me to do some chores,” SKL0 recalls with a laugh. “I went down and saw six officers standing in our living room.” The police searched her room in their three-story home on the outskirts of the city and found all the evidence they needed to book her. “I spent about 22 hours at the station, but they were very nice about it. They said they liked my work and apologized for handcuffing me.”

She was charged with mischief and faced up to two years in jail for a couple of stencils spray-painted on the pavement. But people were outraged that someone was facing prison time for harmless works of art. 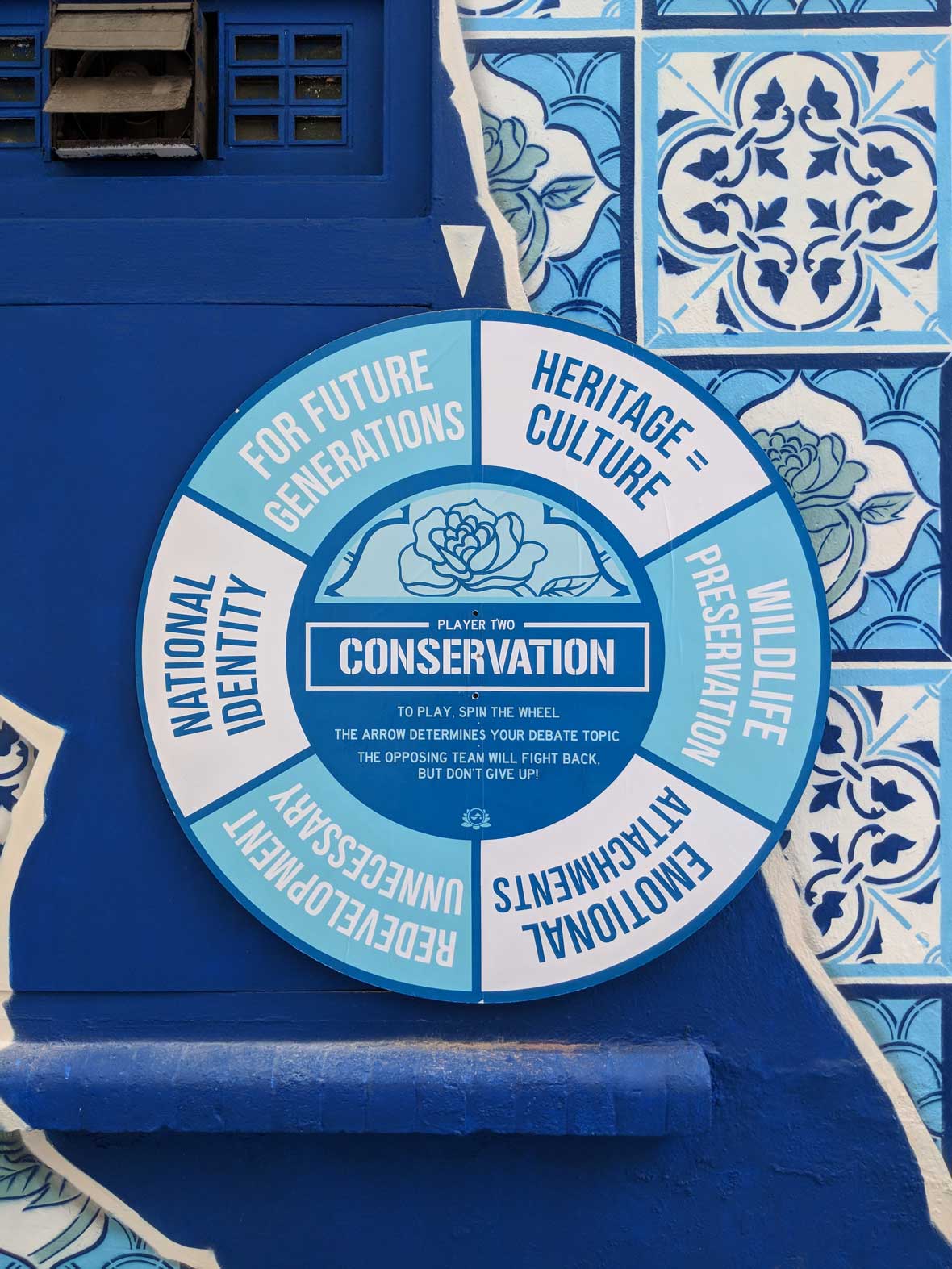 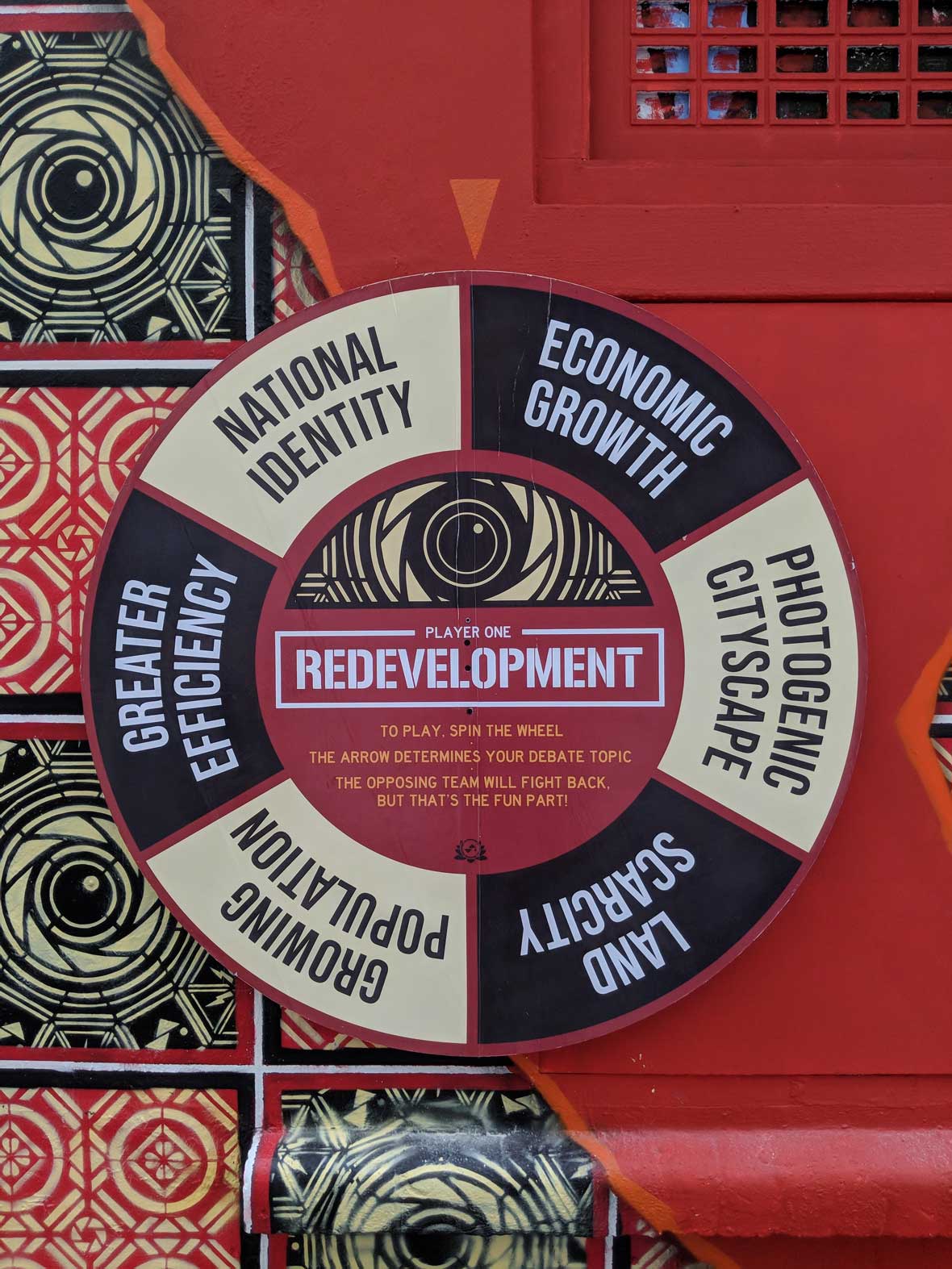 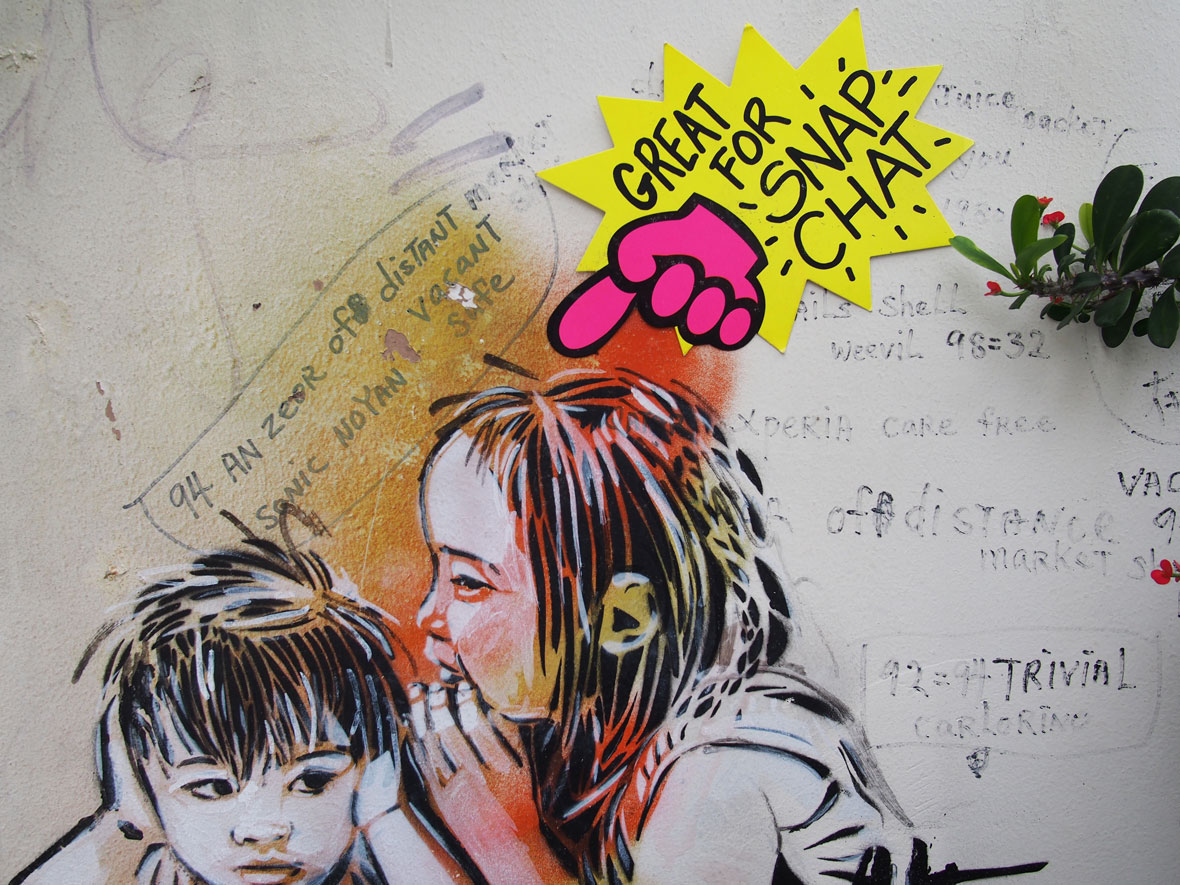 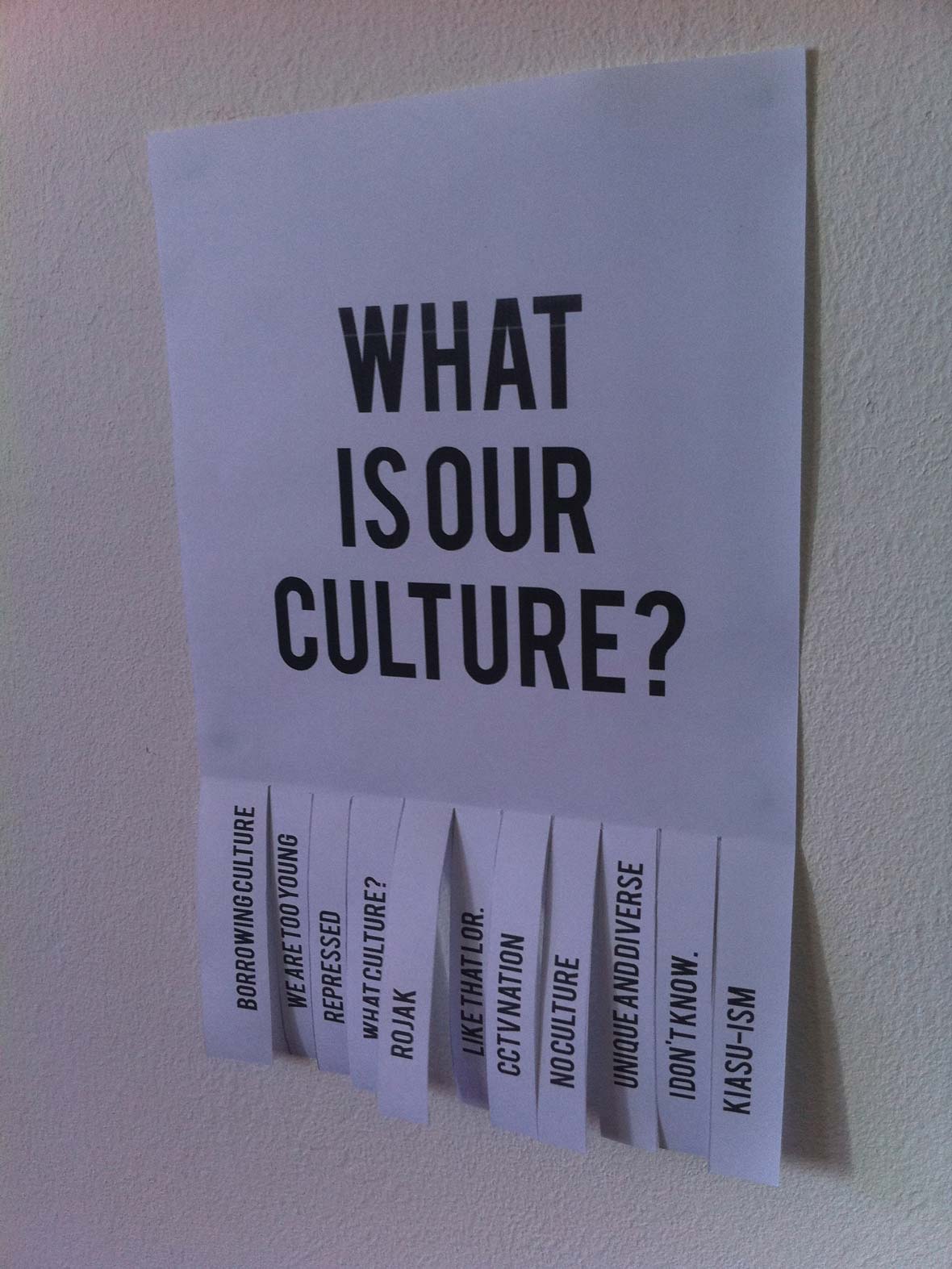 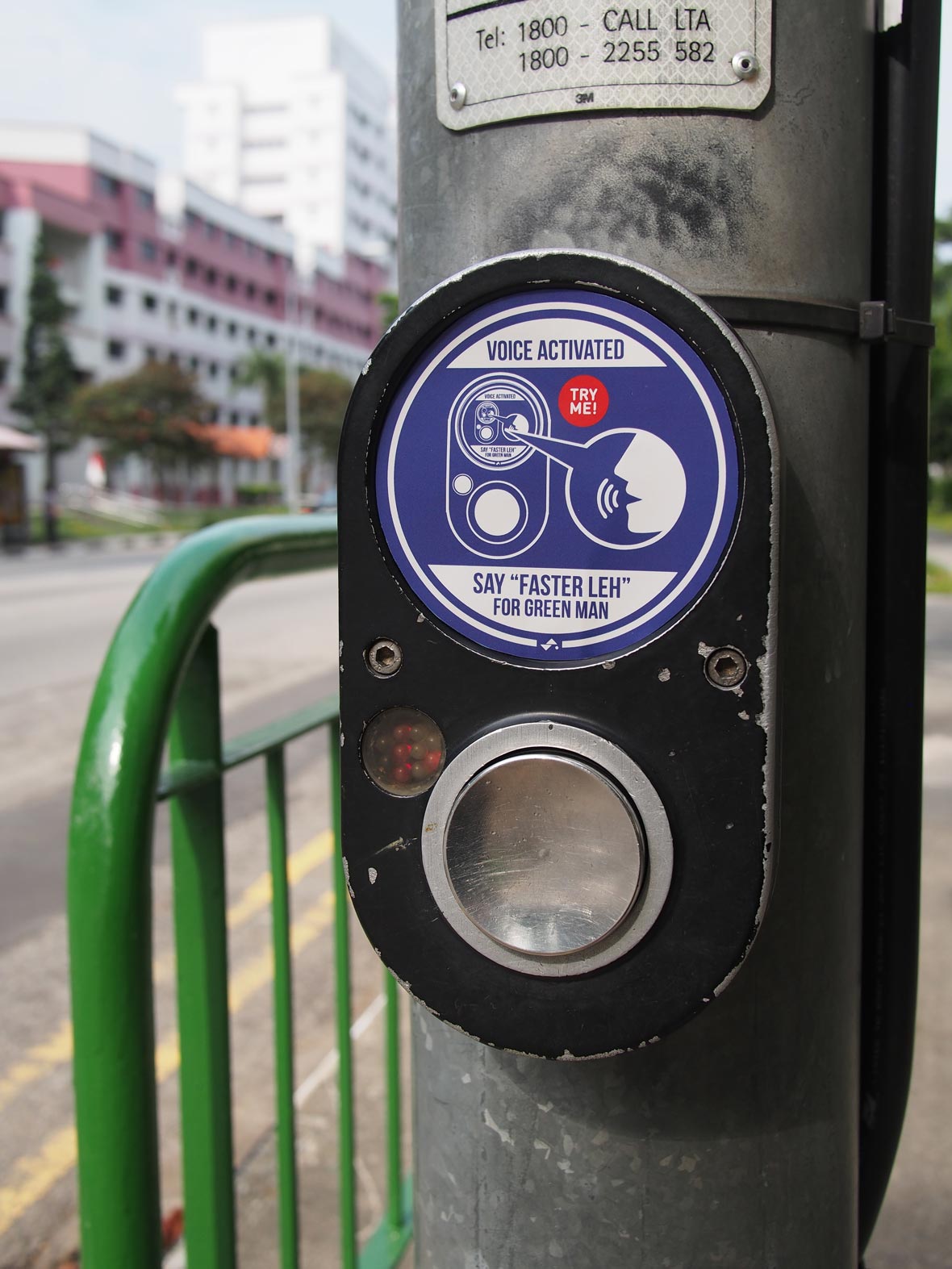 Before SKL0, street art in Singapore was generally relegated to alleyways and hidden spaces, but now the public was confronted with how the law impacted creative expression. Foreign vandals have been dealt harsher penalties for less defensible actions. But this case made waves because it involved a young, local artist who was seemingly caught in the system for making people smile. “It was such a high profile case that a lot of lawyers approached me on a pro bono basis,” SKL0 says. “It was so crazy, I was in the media for like a week. Established brands were even cashing in on my designs by selling them.” People surged to her defense and filed a petition with some 15,000 signatures protesting her punishment. A minister even asked for her sentence to be reduced. 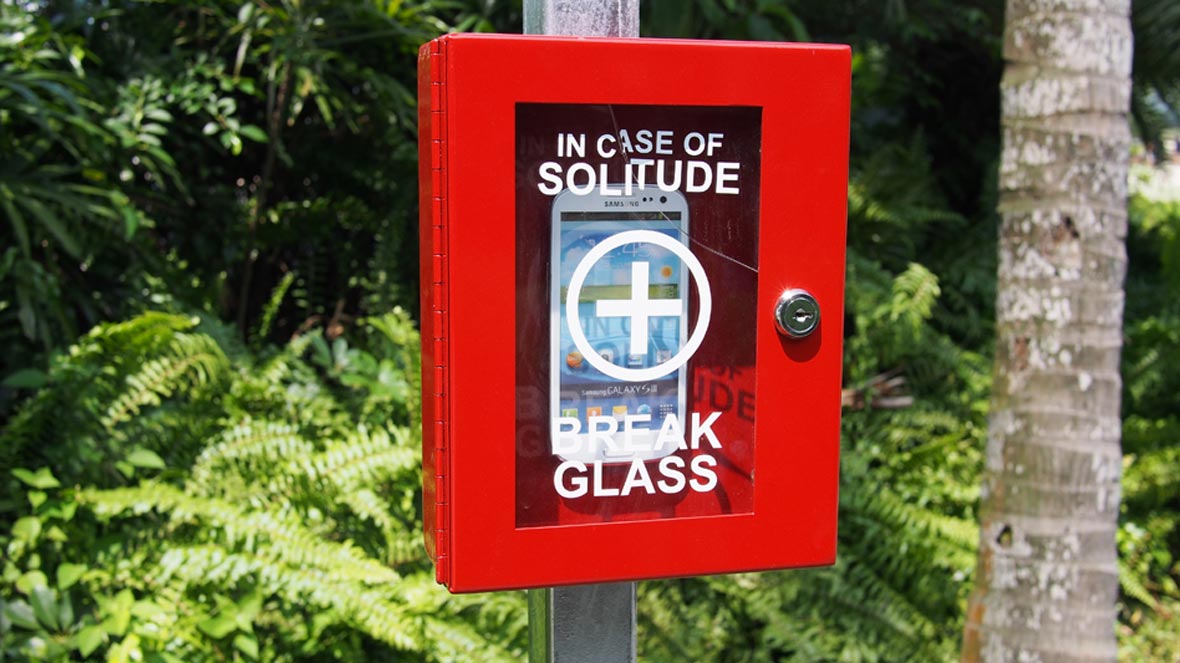 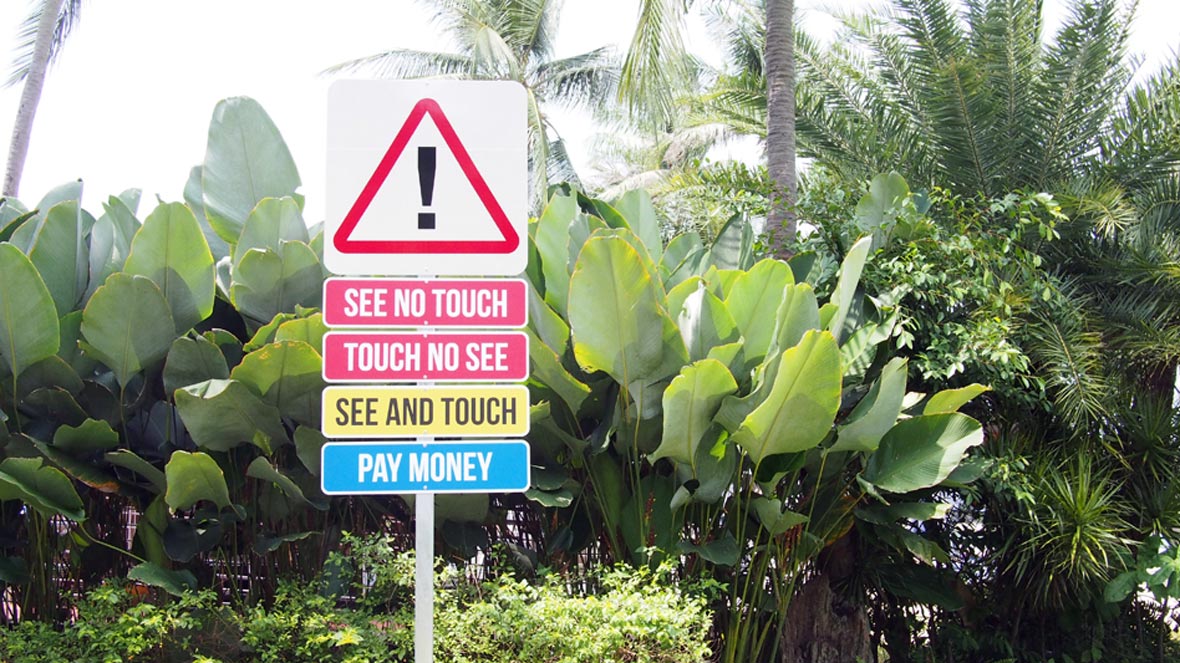 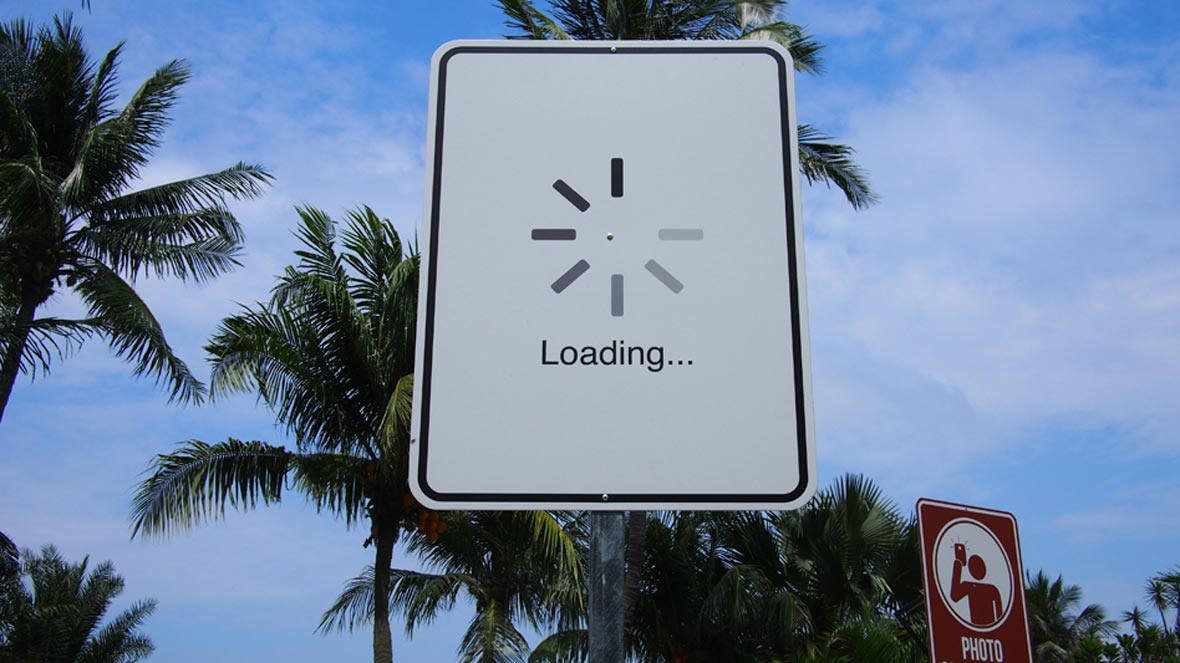 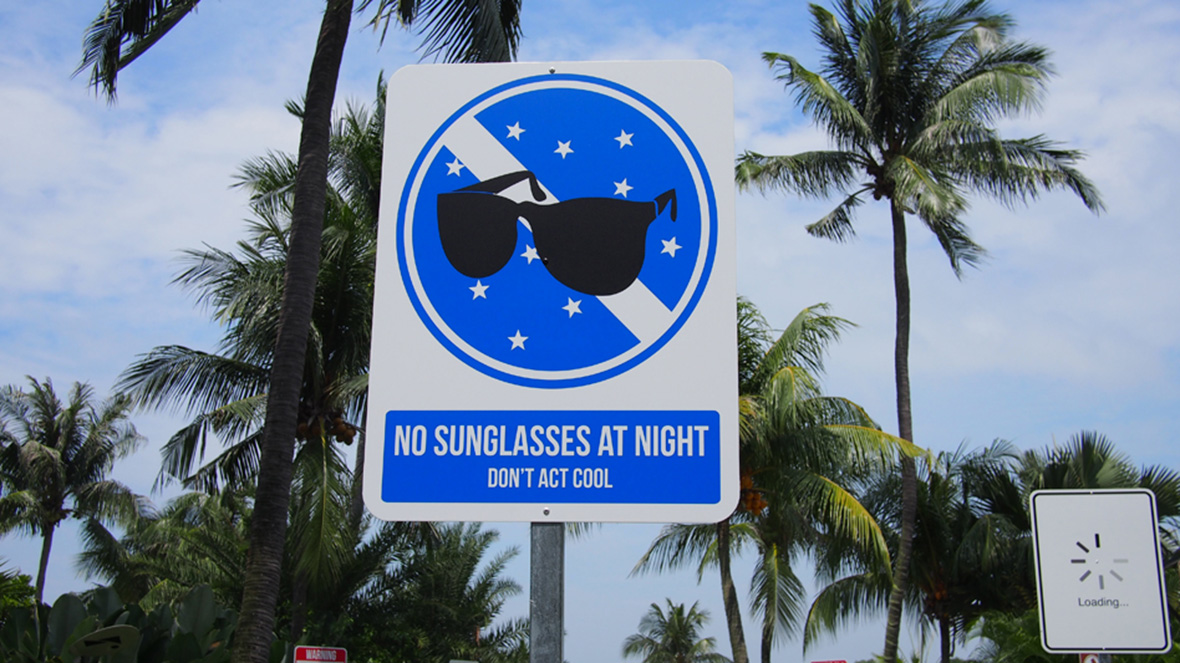 Ultimately, a year after her initial arrest, she was sentenced to just 240 hours of community service and fined $4,000 SGD, which she paid partly by selling T-shirts and collecting donations. “The rest I paid off with the commission opportunities I got after the case,” she says with a triumphant smile.

Opportunities came flowing in. The only problem was that SKL0 didn’t really consider herself an artist due to her minimal experience. She ended up spending an entire year learning new techniques, hoping to not be pigeonholed into the stickers and stencils that made her famous. Her artistic growth is evident in her body of work, which has expanded into sculptures, murals, and more. She’s shown a talent for using visual languages that viewers are familiar with in order to ask new questions.

Today, about a third of her works are funded by the government, and she works full-time as an artist. Her unlikely trajectory to success proves that sometimes what may seem like a stroke of bad luck can actually be a blessing in disguise. 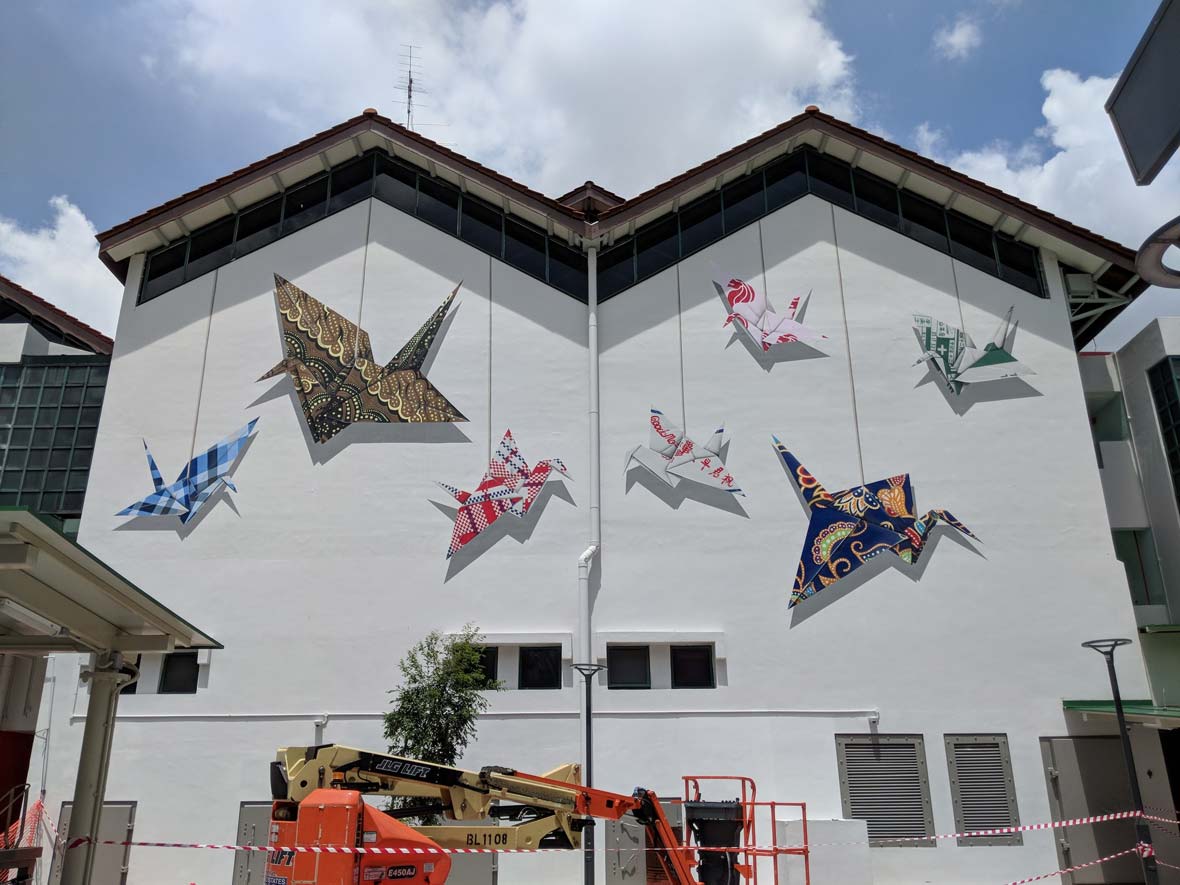 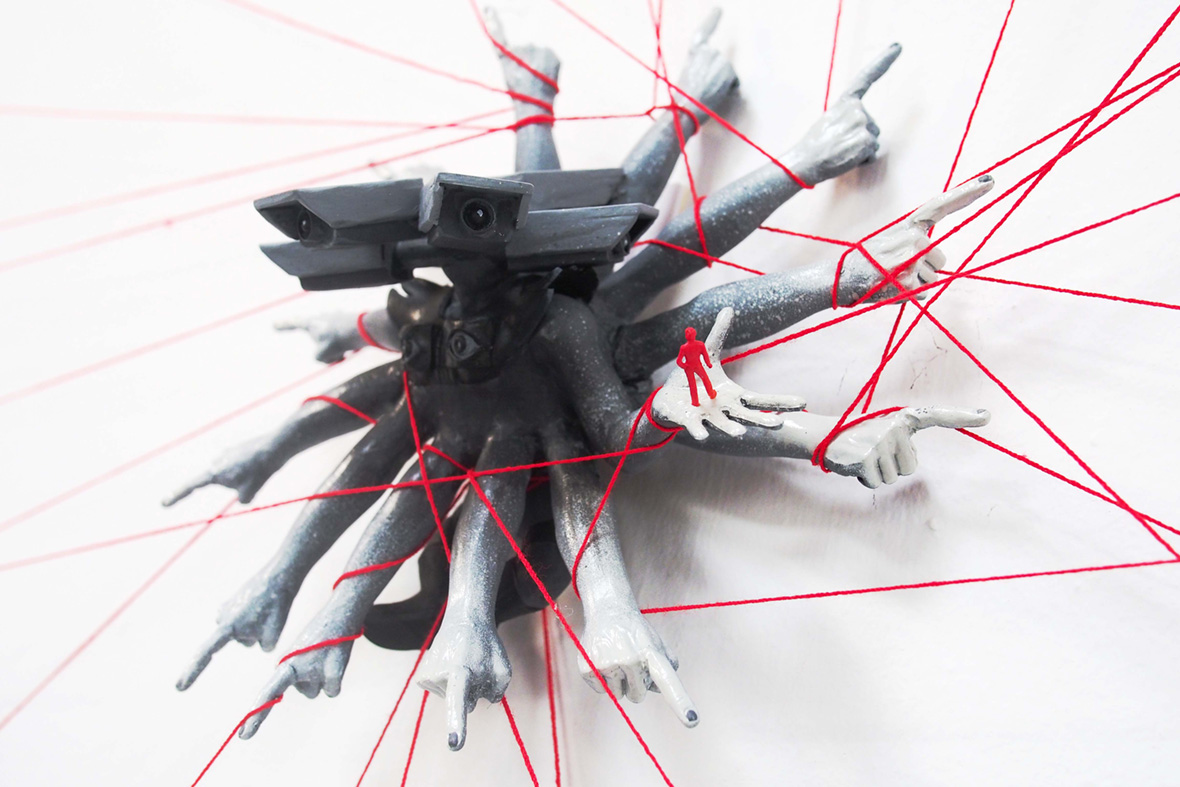 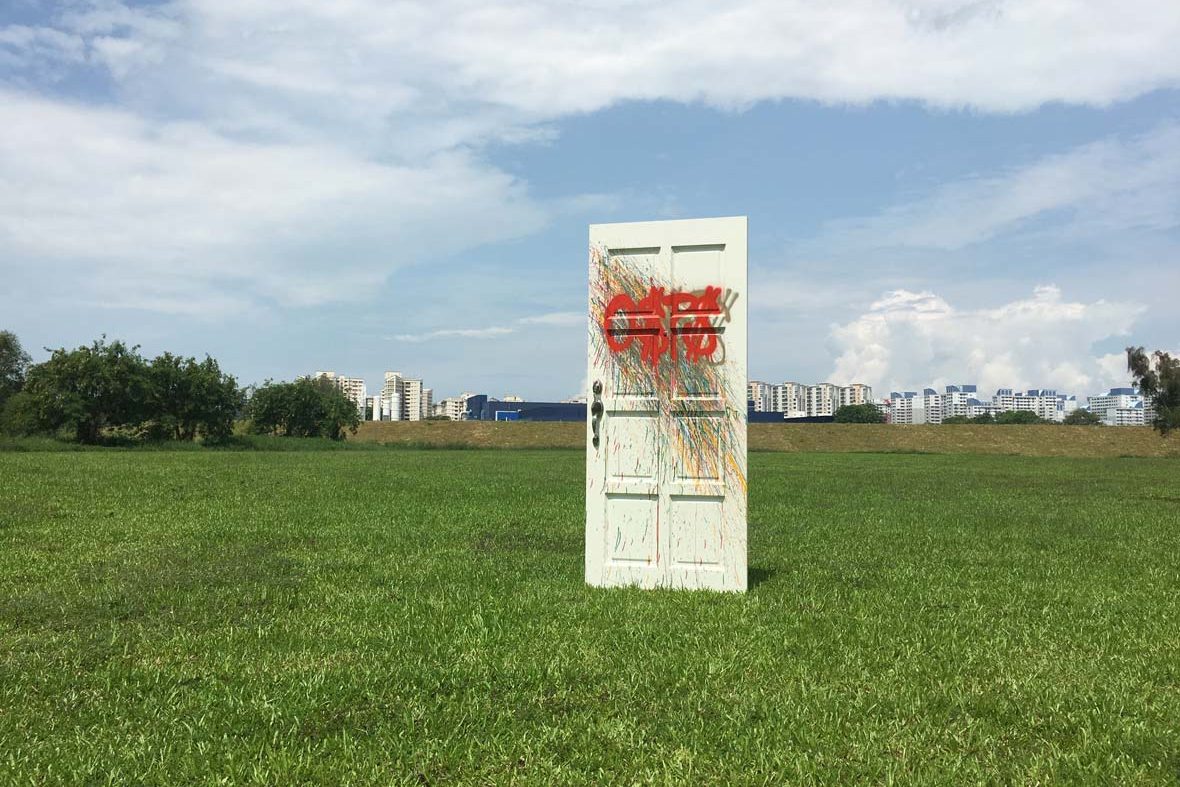