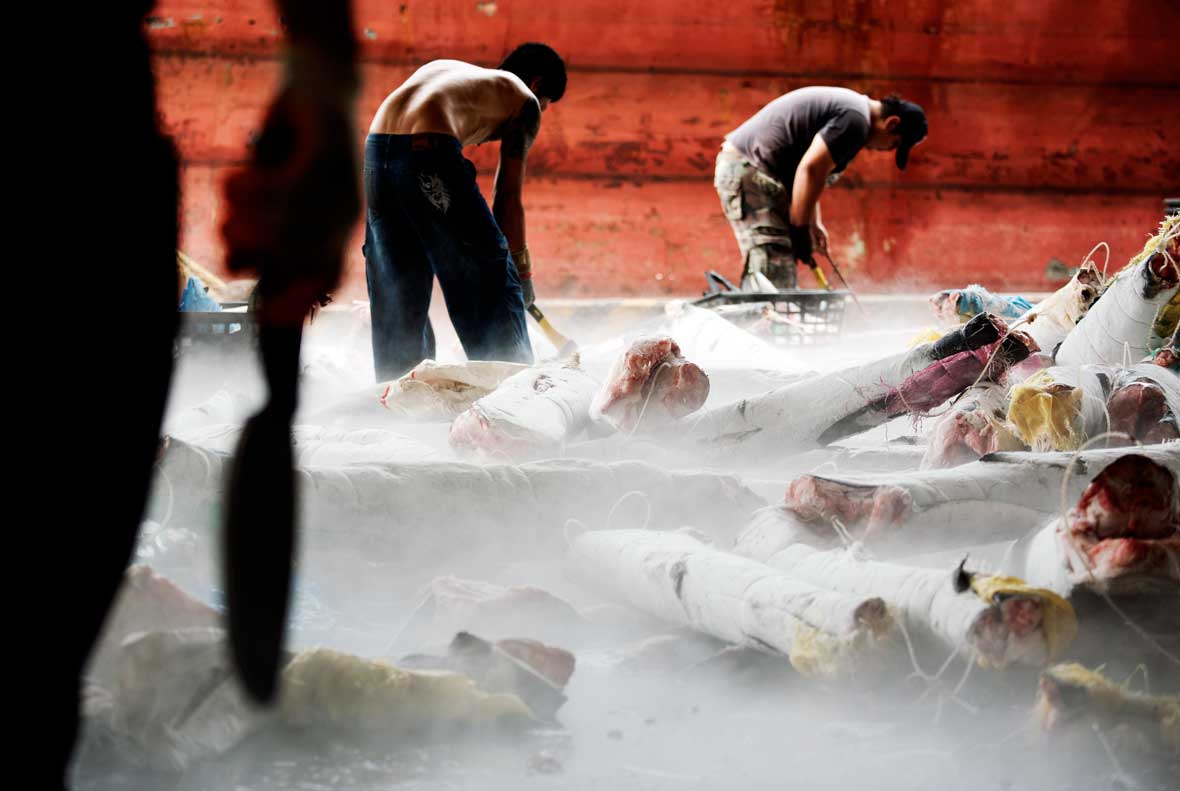 In the sun-drenched south of Taiwan, Qianzhen District is home to the island’s largest deep-sea fishing port. Taiwan boasts the largest ocean-faring fishing fleet in the world, with nearly three thousand ships, most of which set out from Qianzhen, and voyages last six months, a year, even two.

On the lowest rung of this high-output, profit-driven industry is a group of workers who live off the seas. Most of them are young men from Southeast Asia: over half come from Indonesia, while others come from the Philippines or Vietnam. Aboard the dreary Taiwanese ships where they eke out a living, they give their bodies and youth over to work. They’re always looking ahead to the day they’ll pull into harbor, but even when they do, the harbor outside won’t be their home. 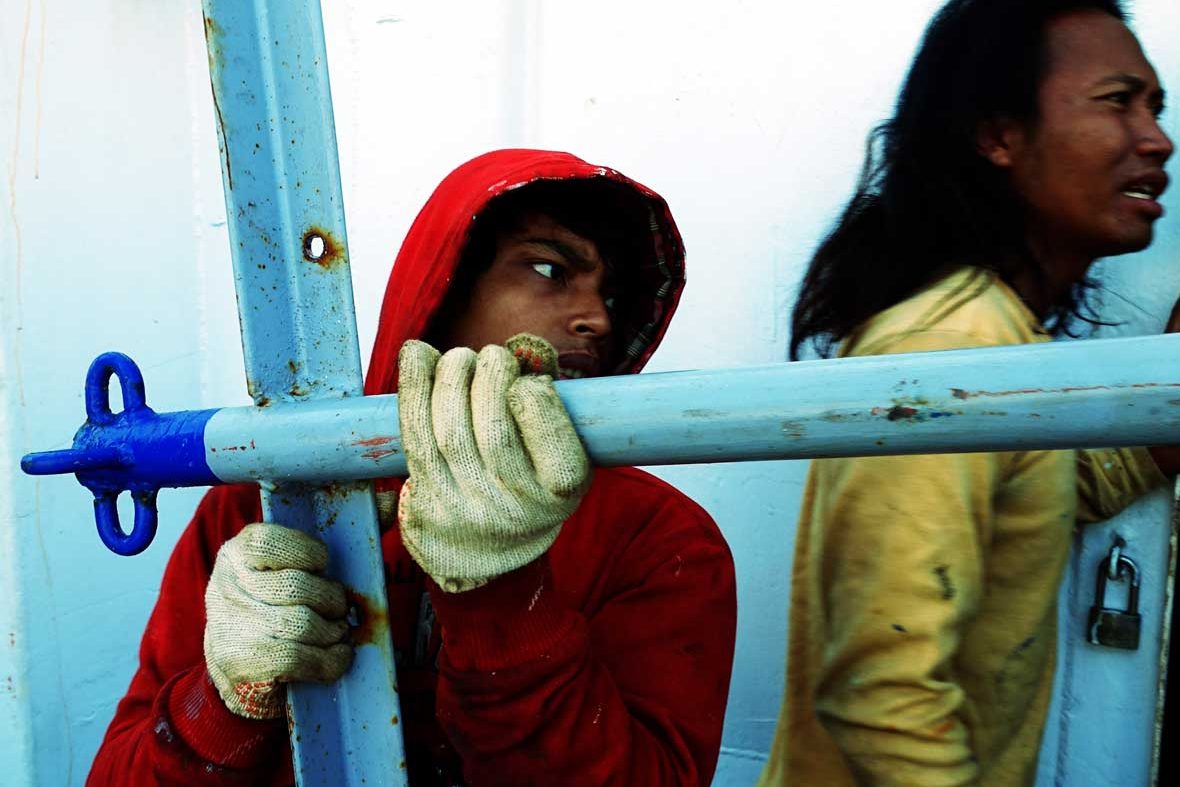 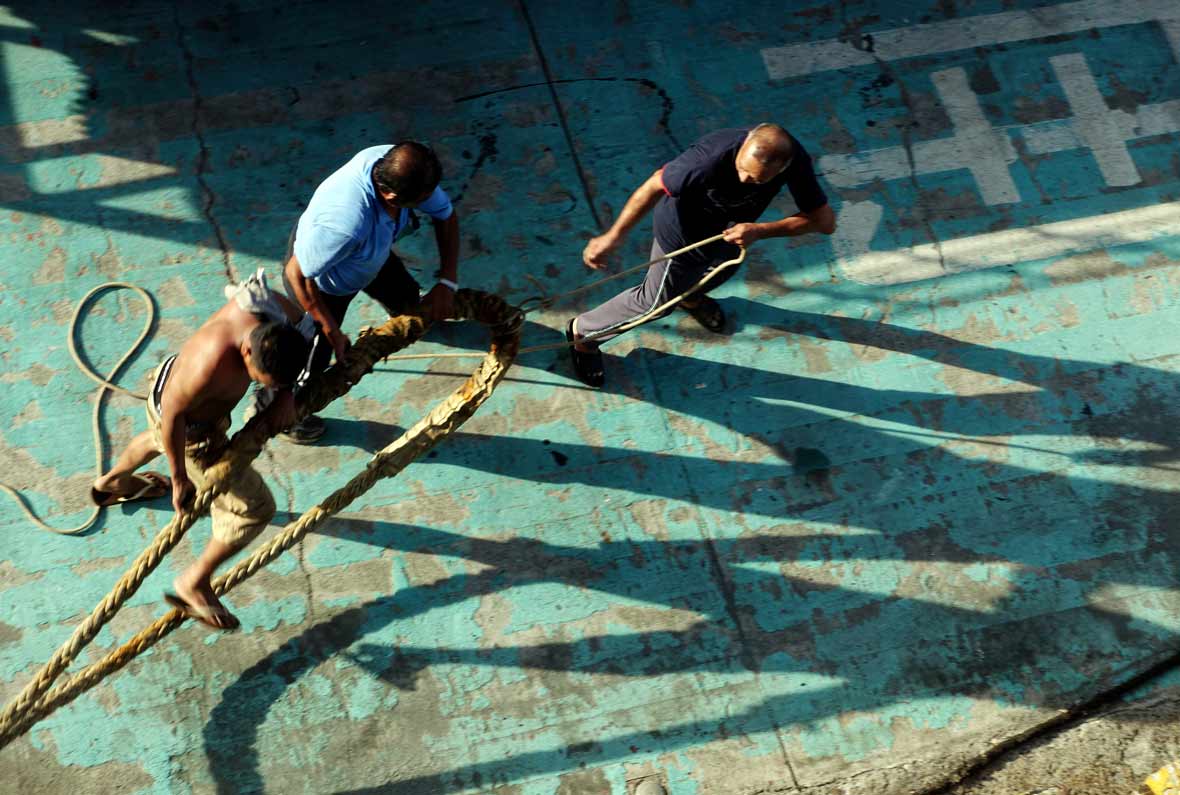 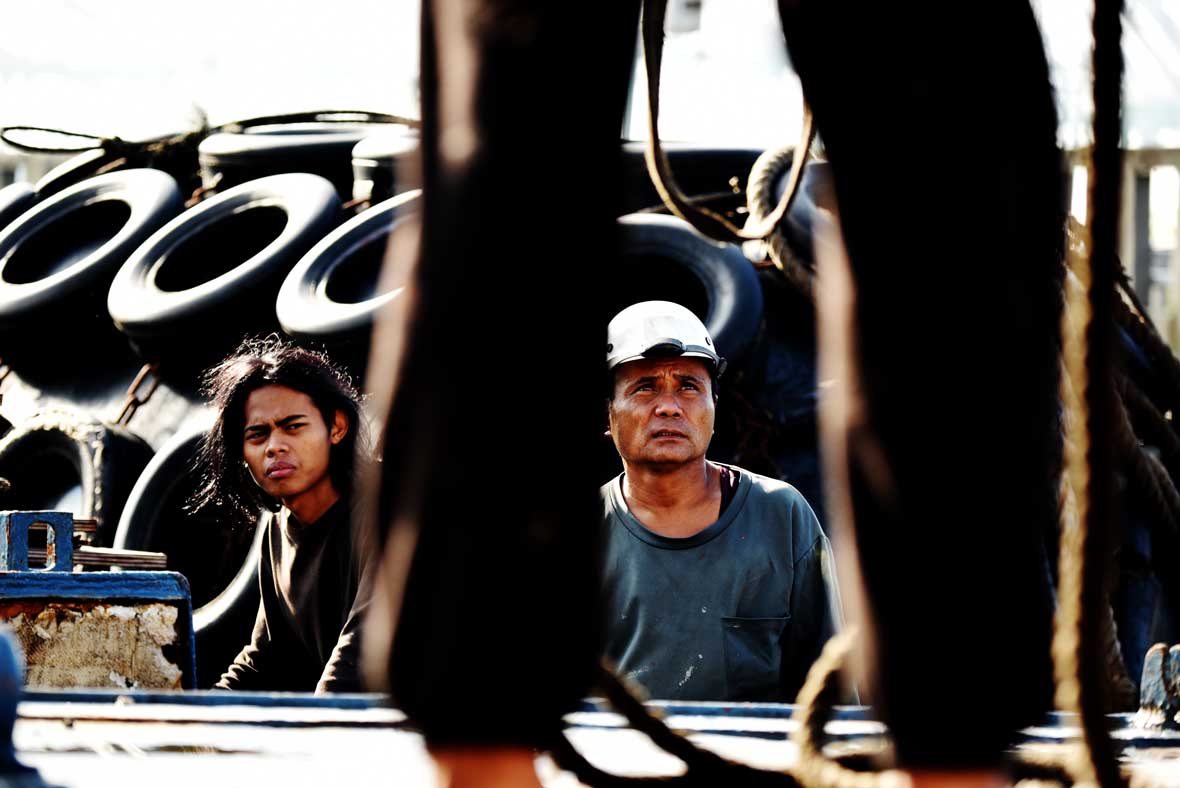 One photographer, Aming Lee, has set out to document the lives of these people on what he calls “a floating prison cut off from the rest of the world” in his book There Is No God Here.

The ocean is a place forsaken by god, but there’s a group of people who move across it freely. To see a world in a grain of sand, and heaven in a wildflower. Who would ply the seas, if they could stay on land?  —There Is No God Here

Lee first picked up a camera at 18, and he’s been a photojournalist for most of his life—he describes himself as a “photography handyman.” When he retired, he didn’t know what to do with all the extra time, so to keep himself occupied, he grabbed his camera and went out to the street to take pictures.

Camera slung over my shoulder, I began roaming the streets . . . until I found my way to the fishing port of Qianzhen, and there, under the influence of tobacco and alcohol, I launched my fantastic shutter voyage . . . At first I didn’t understand how a fishing port worked, and I went around with two cameras and two lenses taking photos everywhere. But even without professional gear, people got upset when I took their picture, and the port locals would give me dirty looks.

“Hey asshole! What are you doing taking pictures of my ship?”

“Get the hell out of here! I’ll hunt you down!”

It takes all kinds, and of course some people were pretty nice. My shots of the port began with them. 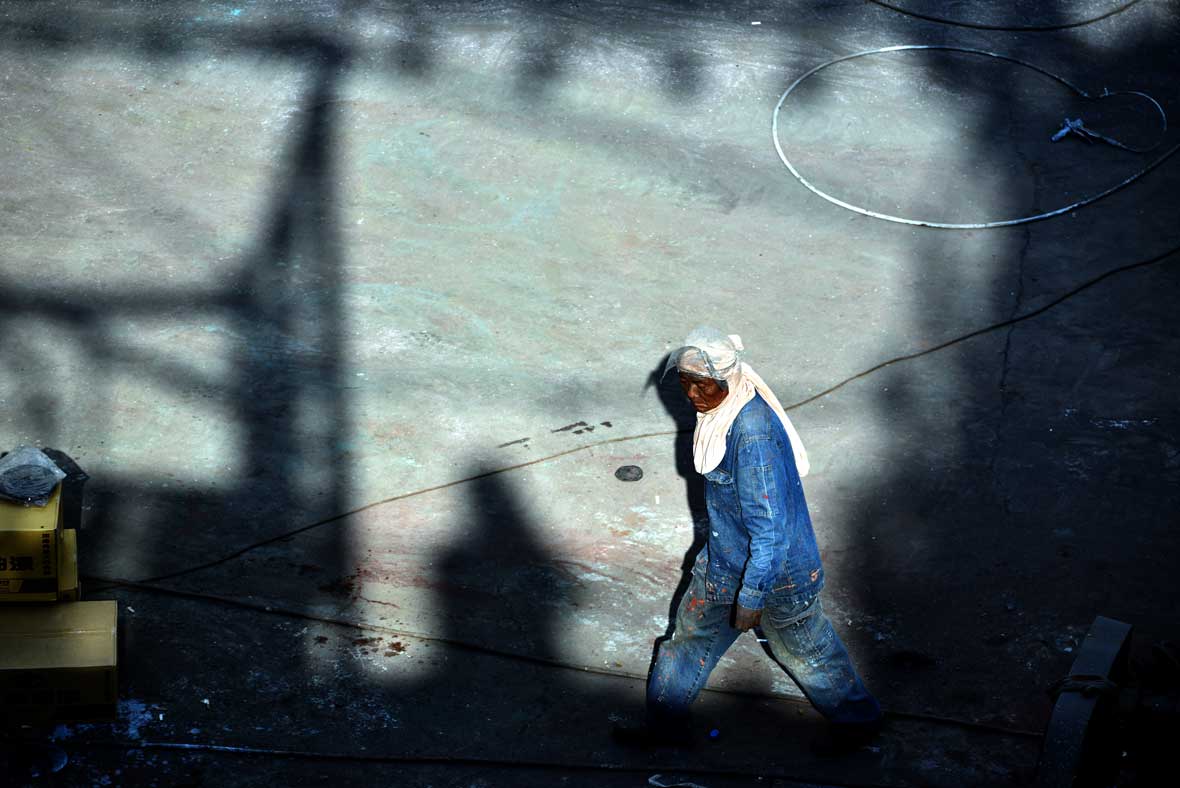 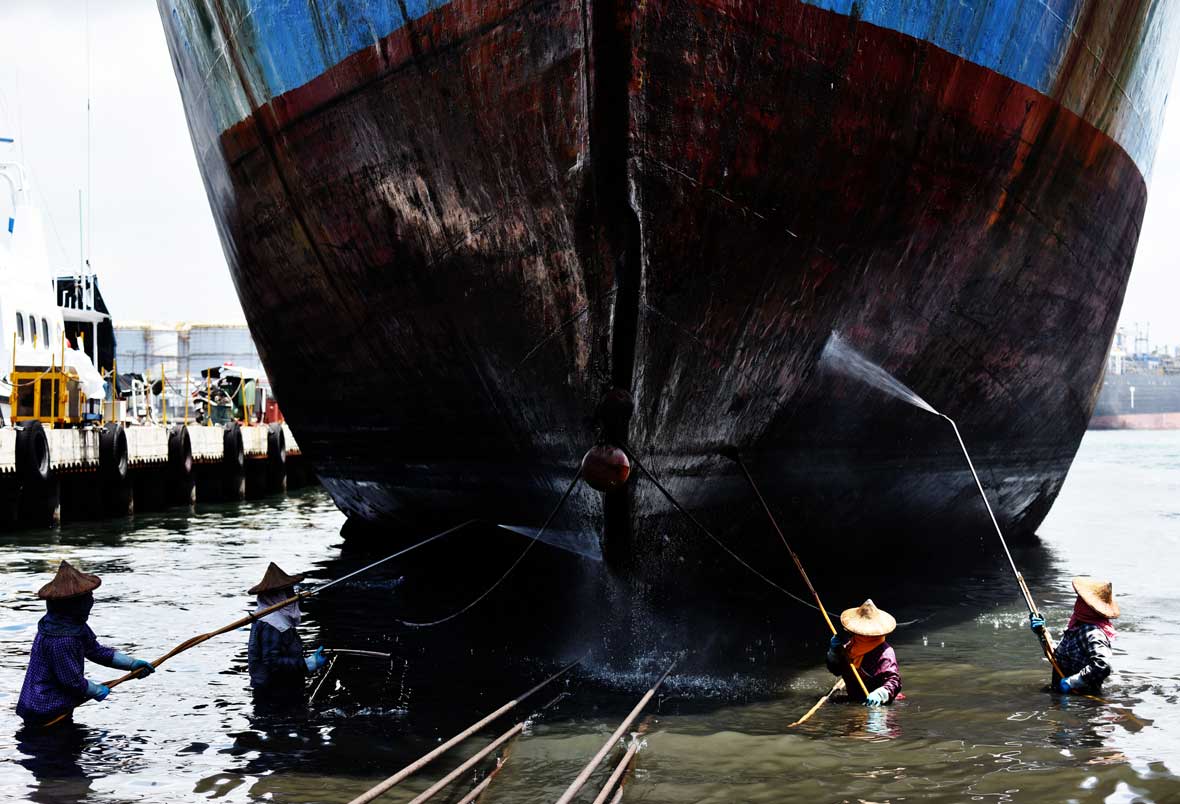 The media often report on how bad the conditions for fishing boat workers are, so the exposure is all negative.  That’s why fishing companies don’t let reporters, photographers, or outsiders near their ships. “When I decided to take pictures of fishing workers, my biggest problem was my identity. I had to pretend I was there to work. I could only use a pocket camera and take pictures on the sly. If someone from the fishing company found out, I’d just say I was teaching myself photography.”

To get the intimate shots he wanted aboard, he responded to an ad for a temporary position as a ship watchman, or custodian. “The job paid NTD $1000 per day (around US $33), with no insurance, no weekends, 24 hours a day on board, regardless of the weather. It was a little like being a doorman. Most ship watchmen are working-class Taiwanese men in their sixties or seventies, and their status is the same as the foreign workers. Because they also have to act as chaperones, many of whom don’t speak the language, they’re called ‘papa-san'”—a male equivalent to “mama-san,” a term used in Southeast Asia for a woman who oversees a bar or brothel. 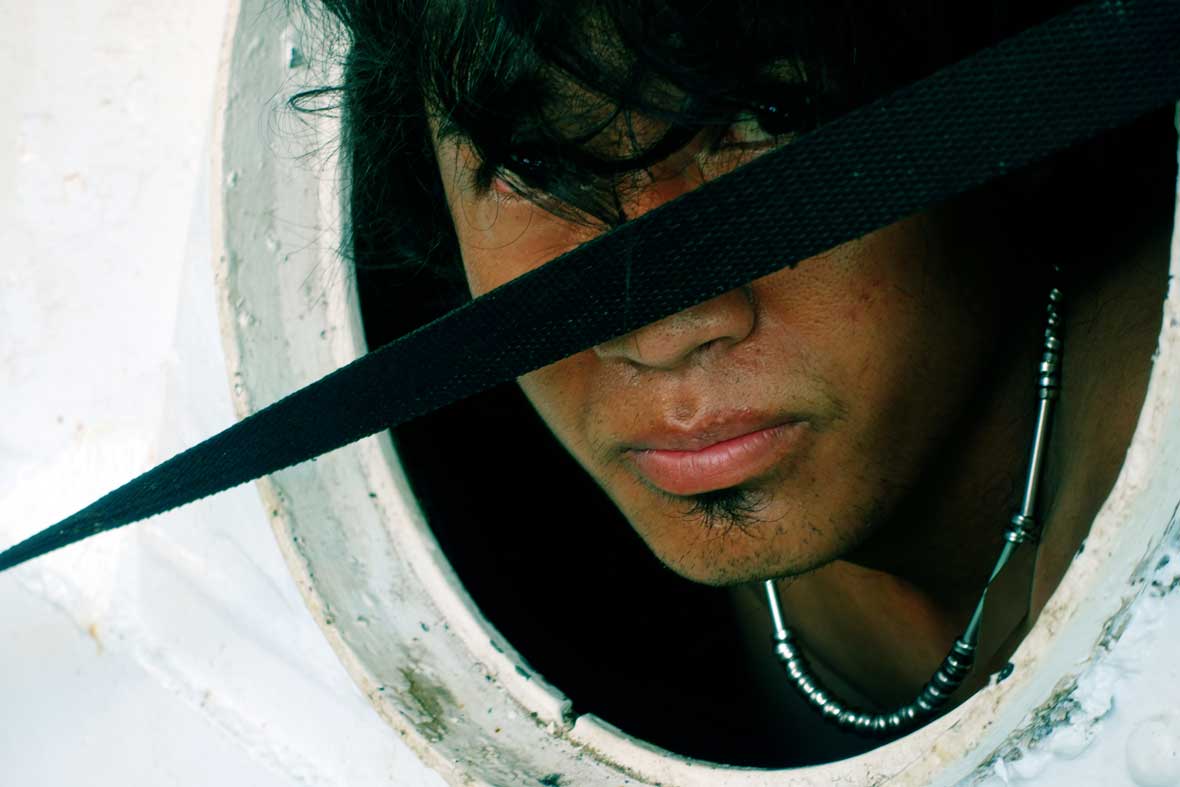 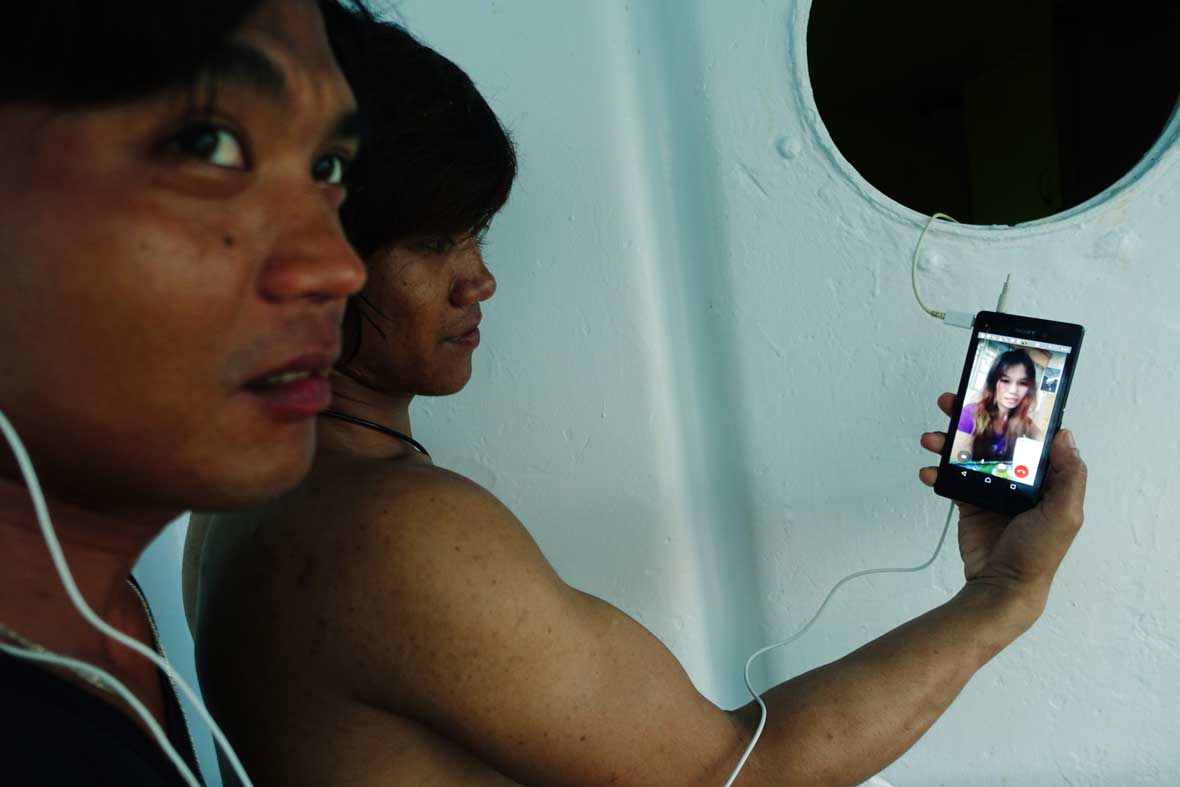 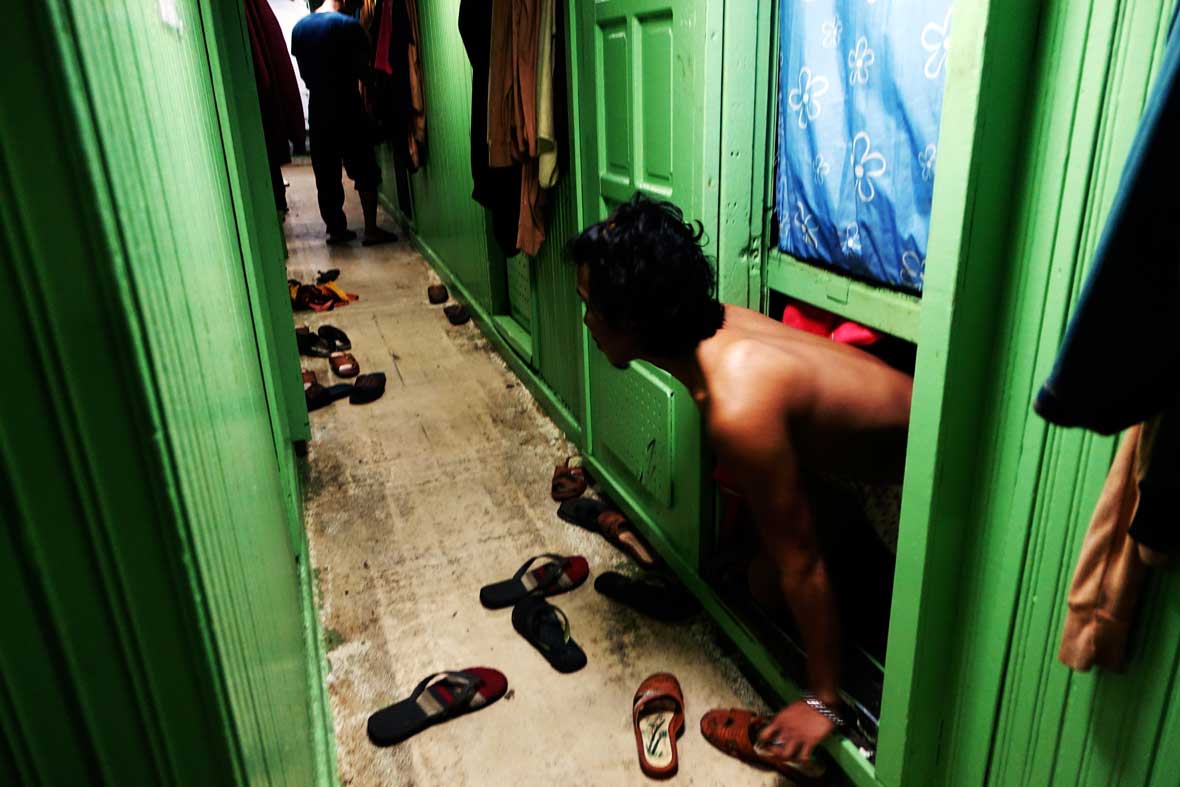 Lee’s been a “papa-san” for over four years now. In September 2018, the photos and text he gathered over the years appeared in print in a collection titled There Is No God Here.

Aboard every ship, there are clear social hierarchies, and these migrant fishermen are often at the bottom. Lee has stood on the front lines and seen the oppressive life of the fishing boat workers, yet in his words and images, he touches only lightly on the violence and exploitation that the outside world hears about. Instead, he mostly depicts his subjects smiling, playing around, and goofing off. “I roamed the ship freely and took photos. We all trusted each other, and there was no pressure to be anything else,” Lee says. “When they’d ship out, I’d burn the photos onto a CD to give to them, and we’d add each other on Facebook and stay in touch. The crew members’ families would even join in on the online conversations.” 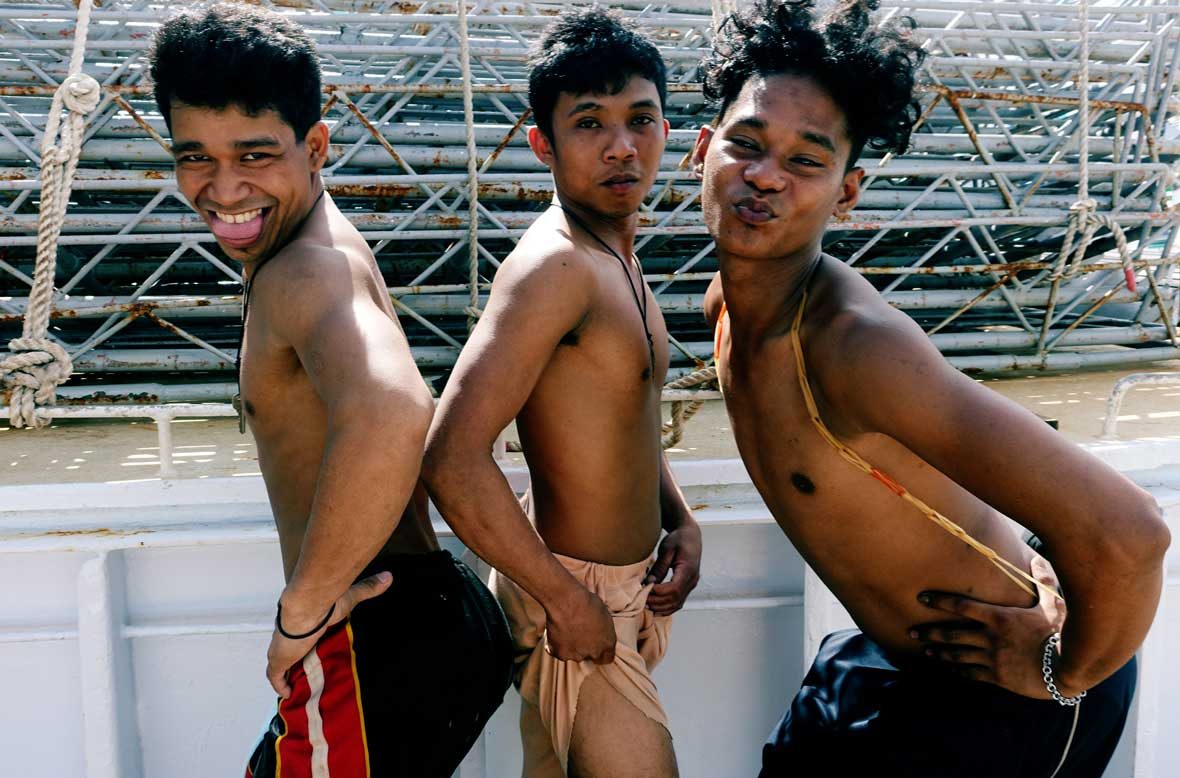 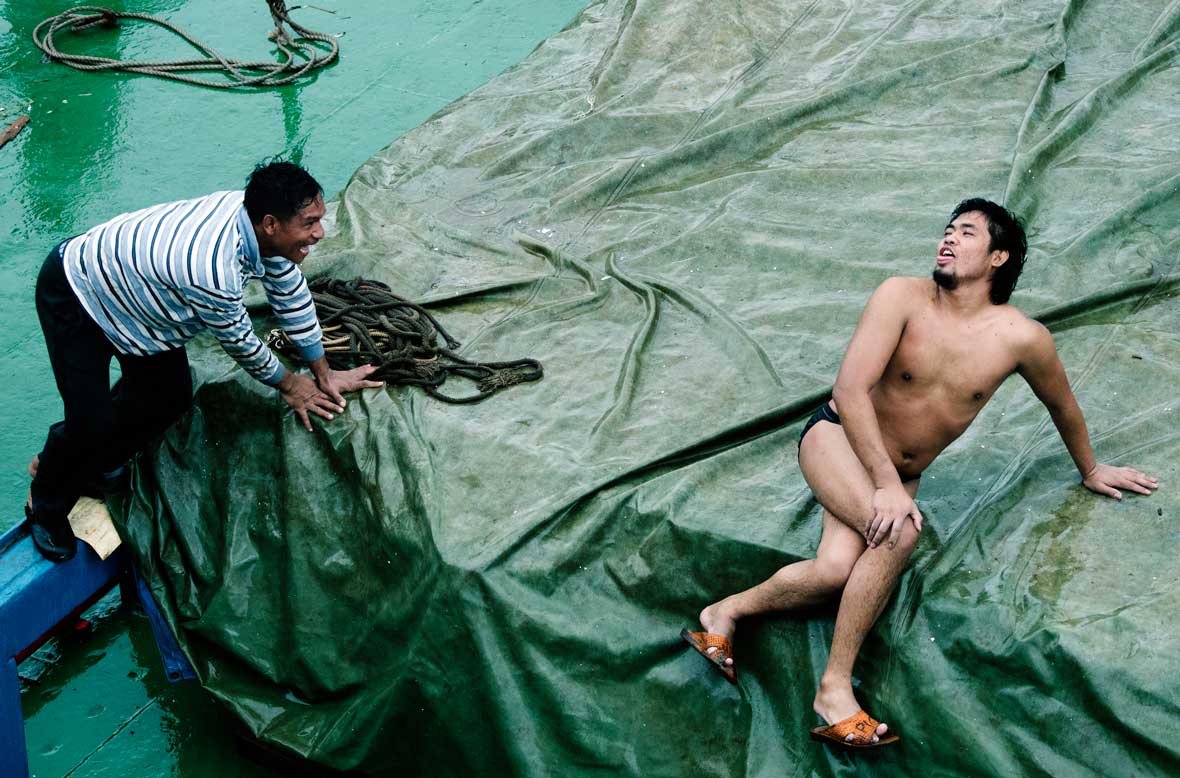 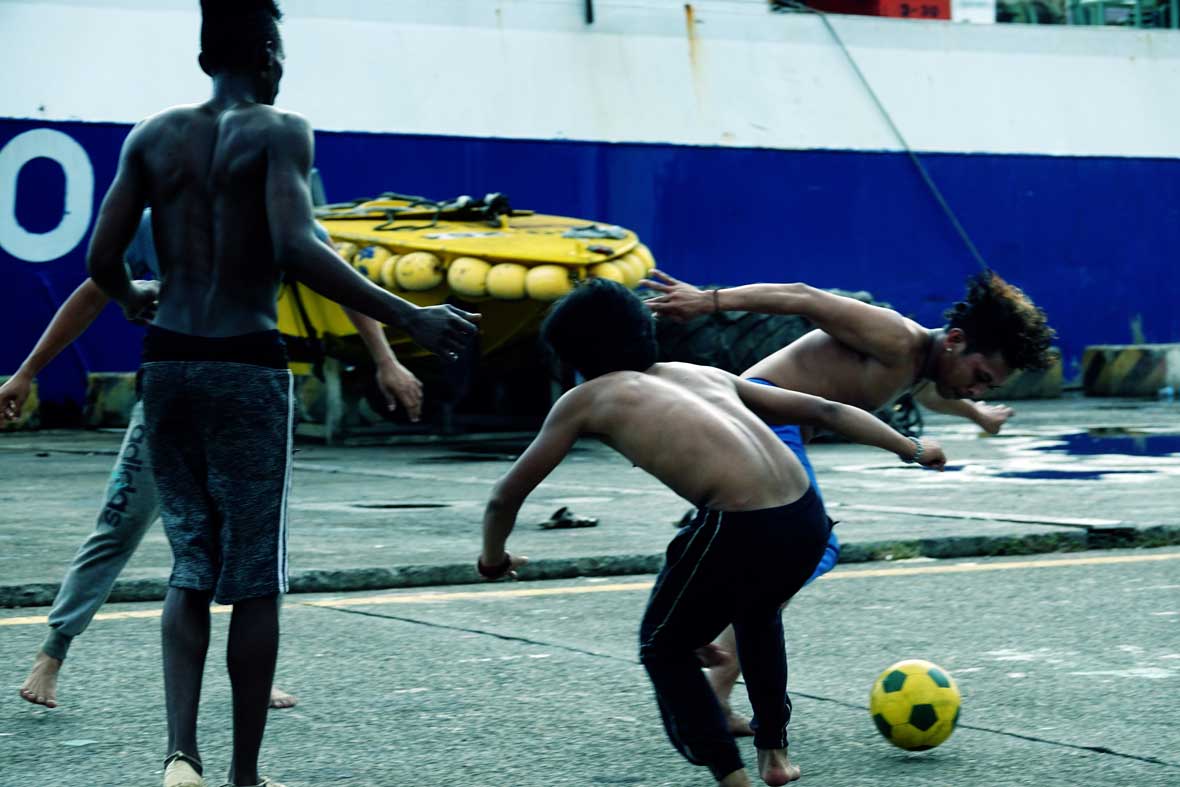 Like anyone else, they know what it means to be happy and have fun. They’re my models of happiness . . . These fishing boat workers are about the same age as my kids, and with their optimism, open-mindedness, and kindness, they’ve taught me an invaluable lesson about life. Anyone who works lives honestly and works hard can stand tall and proud. 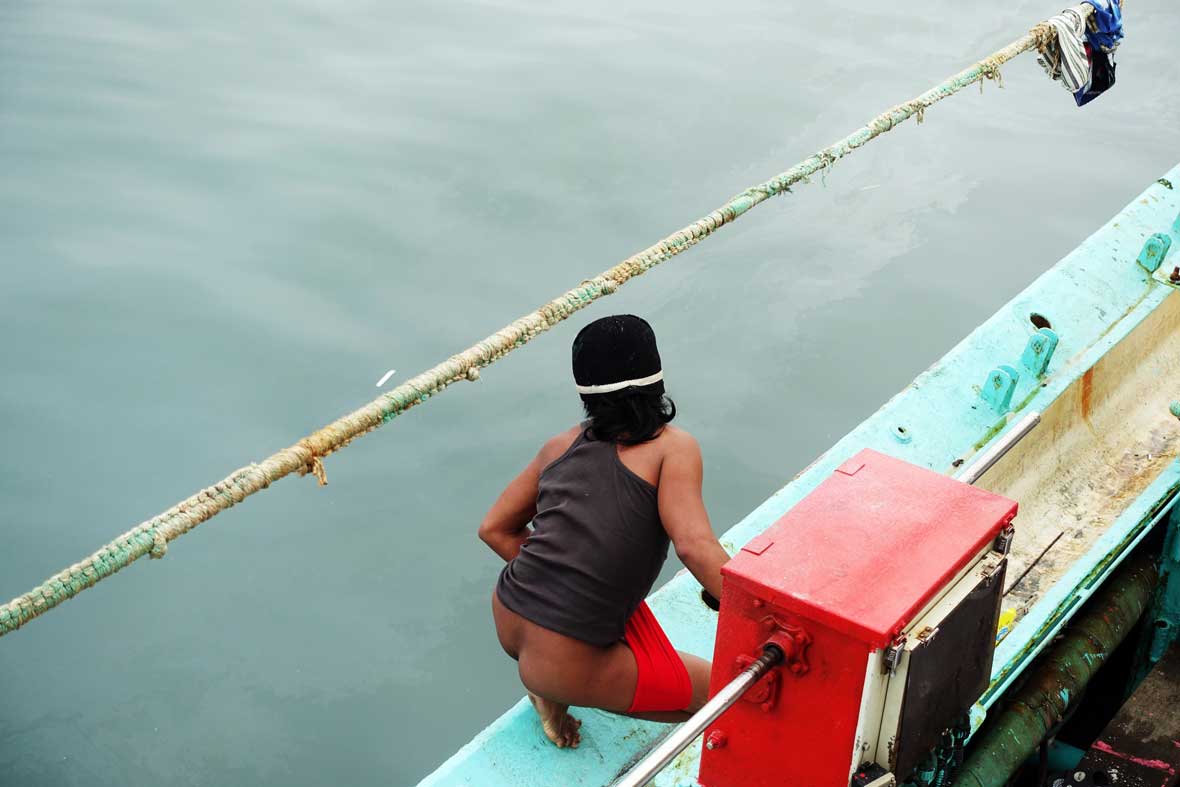 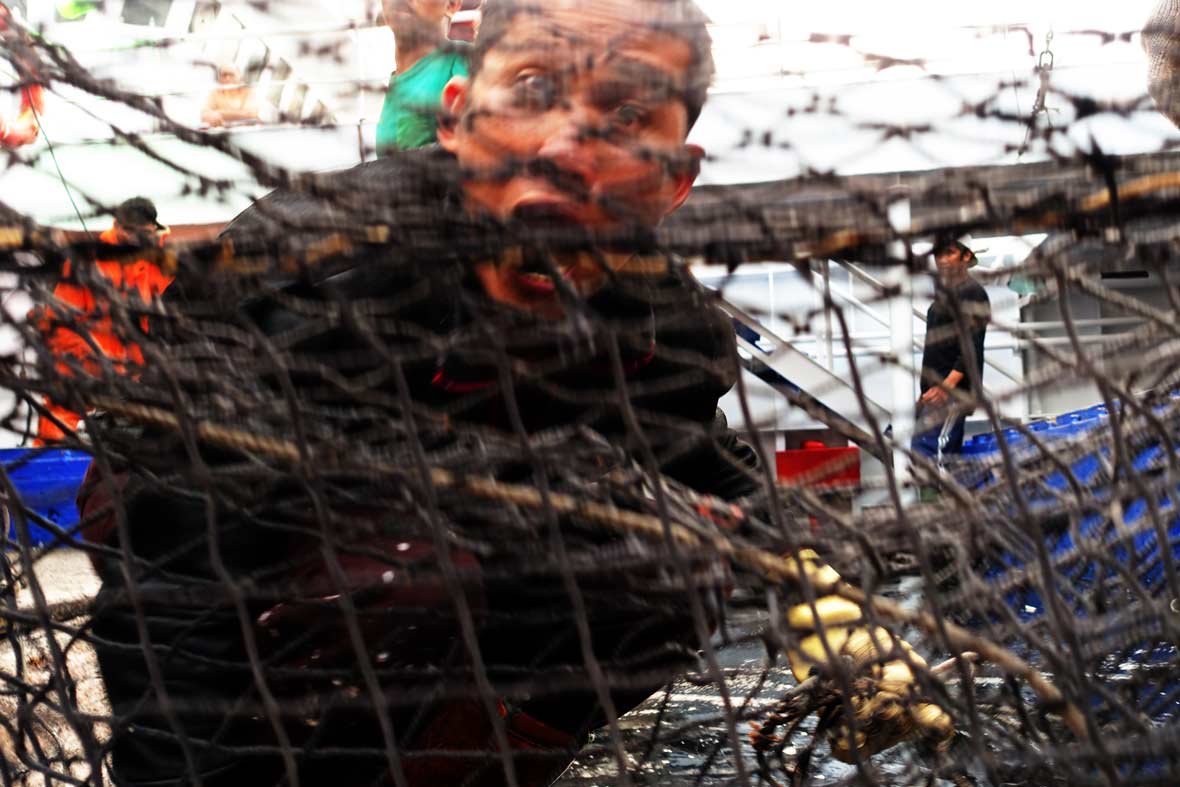 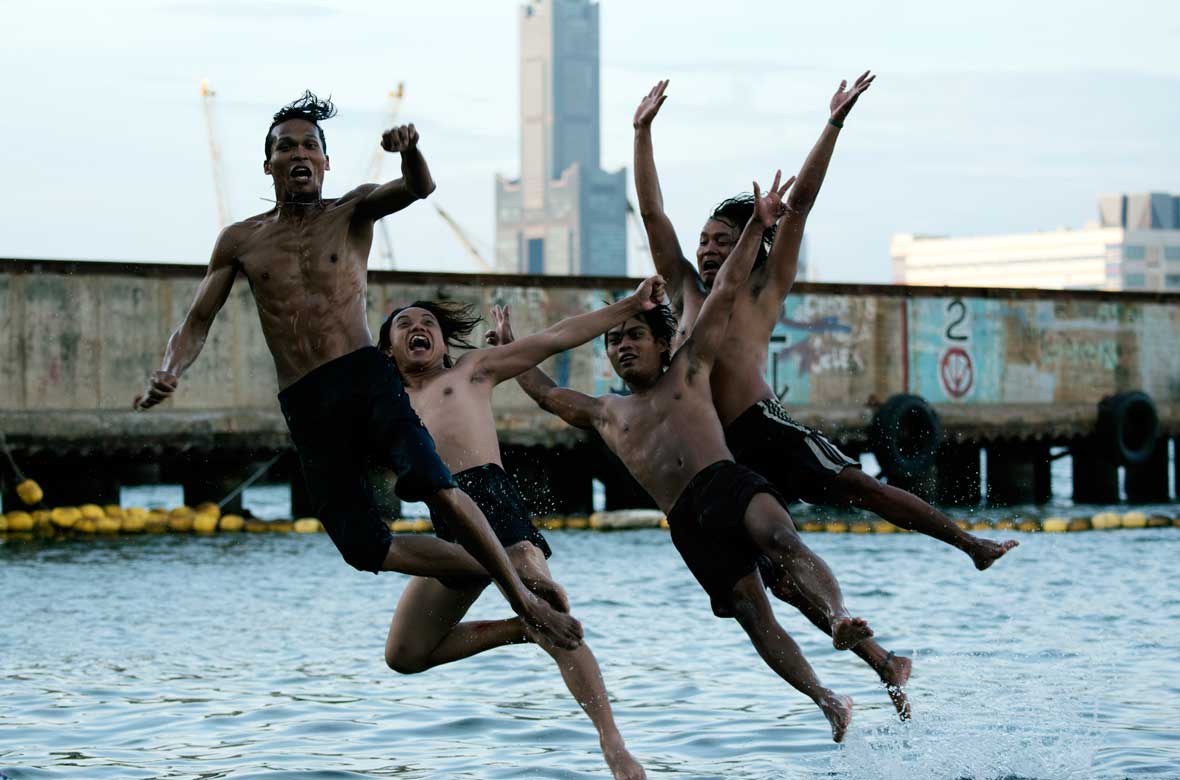 Lee didn’t stop taking photos once he published his book. A few days after I sent him the interview questions, he sent a reply saying, “I’ve still been looking after ships; most of my time is spent aboard one.” He told me he’s moved from Qianzhen, which has become more restricted and “very difficult to openly photograph,” to Hsinta, a smaller fishing port where he continues his work as a watchman, waiting for the next ship to dock.

“I never thought of myself as making art. I just followed my instincts from decades of working as a photojournalist. I’d blend into the environment and just use my camera to ‘observe.'” Lee once said that life on the boat made him feel truly at home, and that when he’s with fishing boat workers he feels they’re all a family. “This sense of home comes from not having any other aims. Everyone’s different, with different interests,  so you can simply hang out, spend time with people without ulterior motives.”

“Photography,” he says, “is just an extension of that.”

Click here to purchase a copy of There Is No God Here. 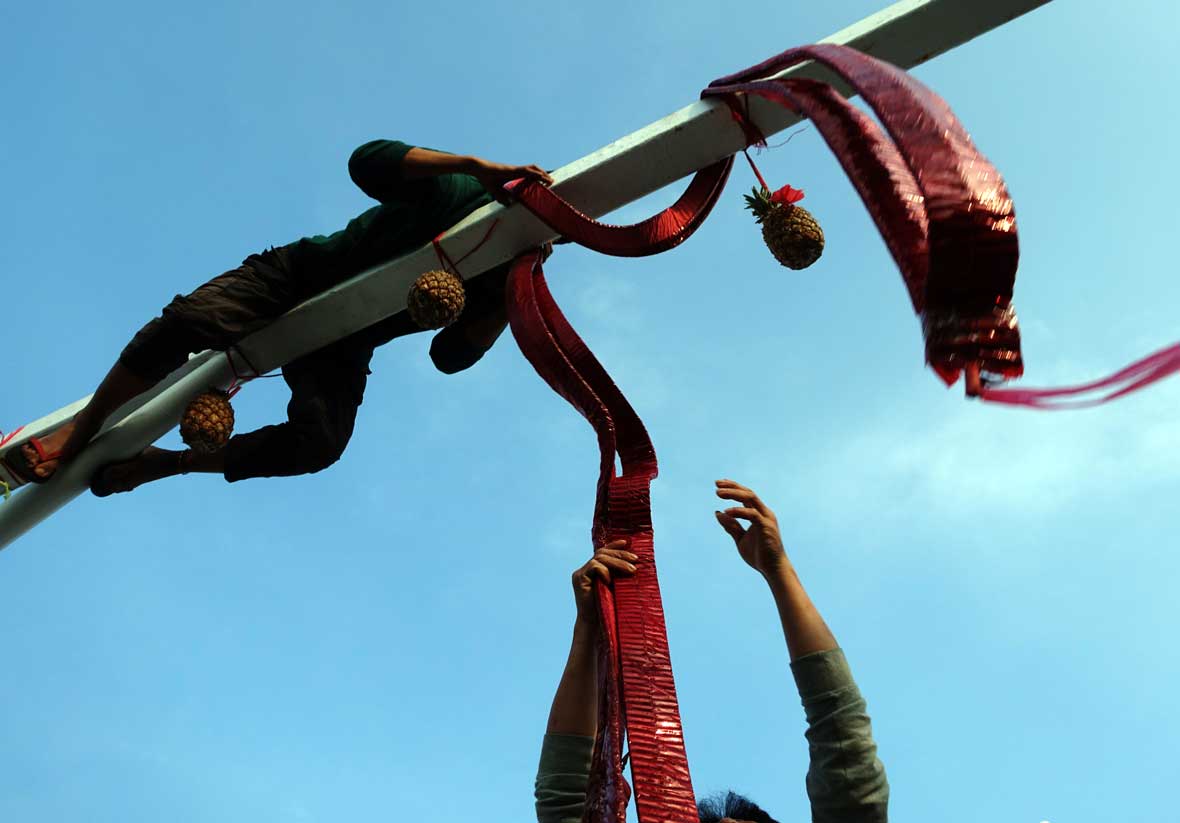 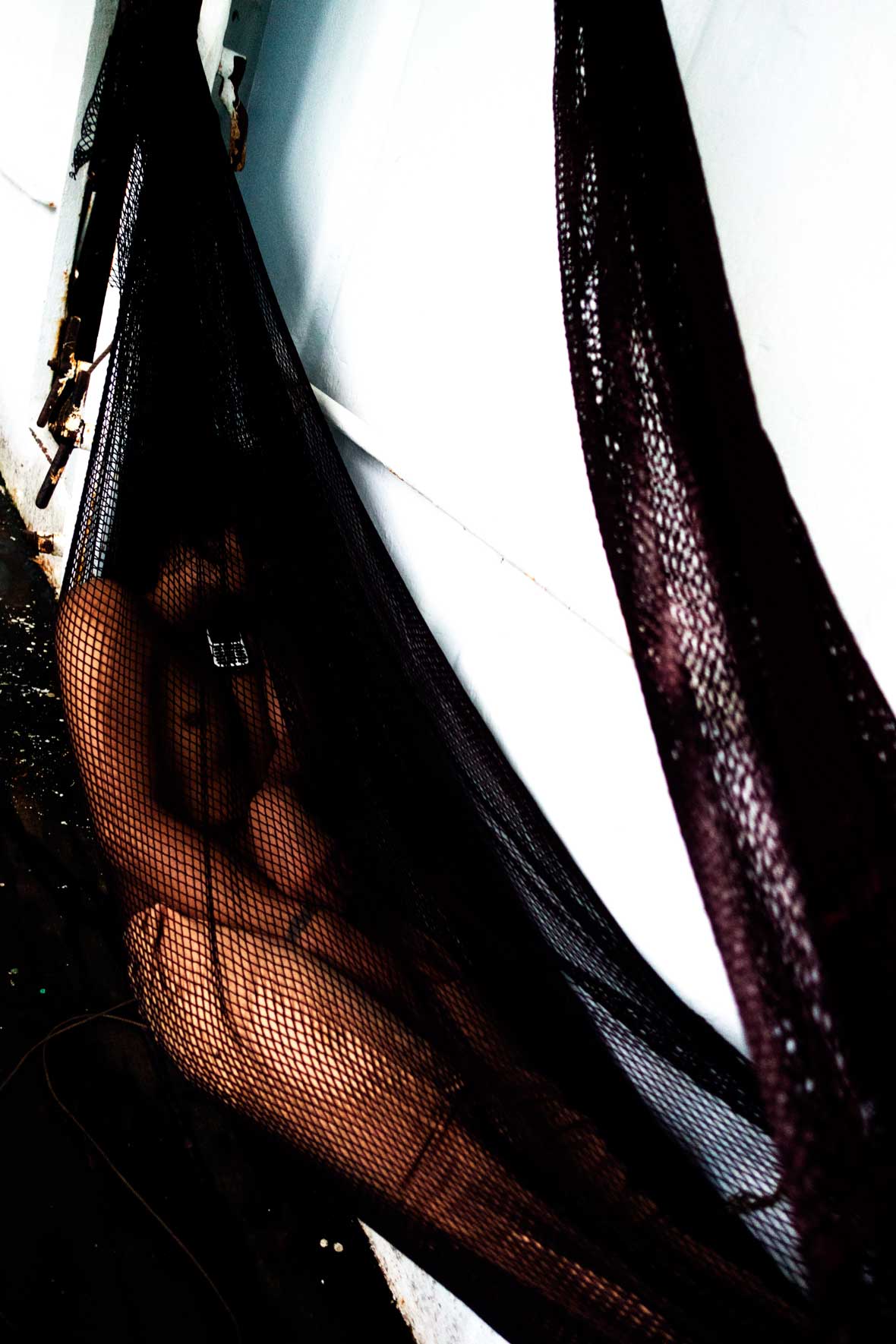 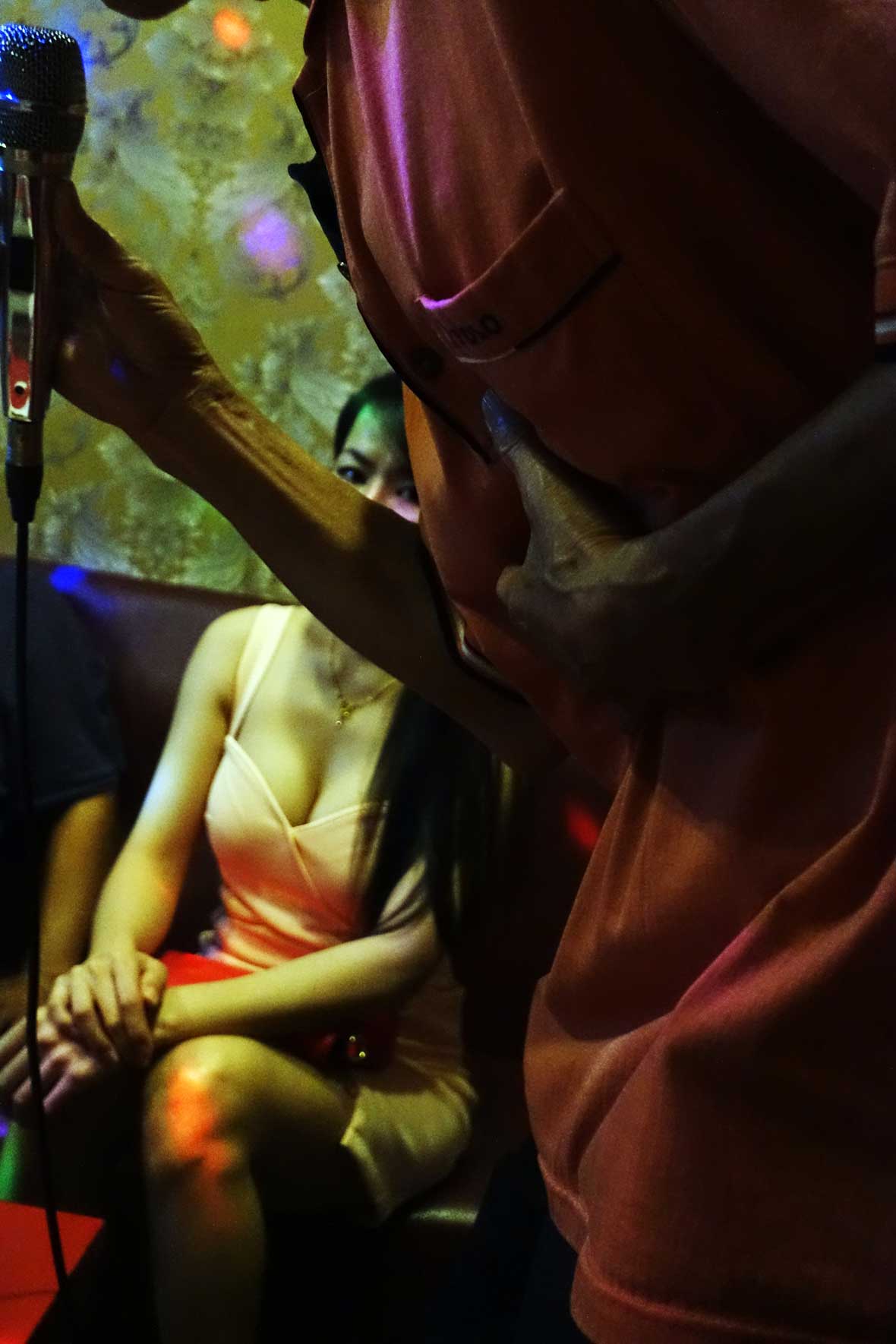 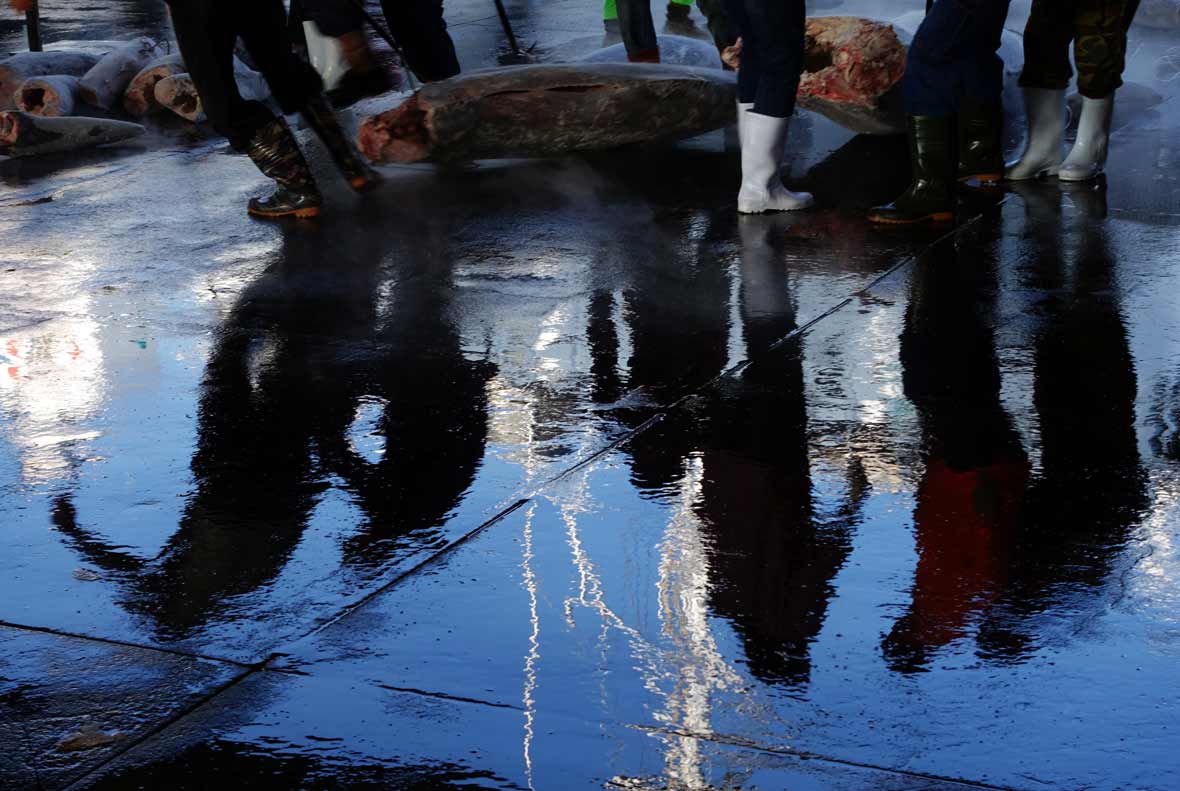 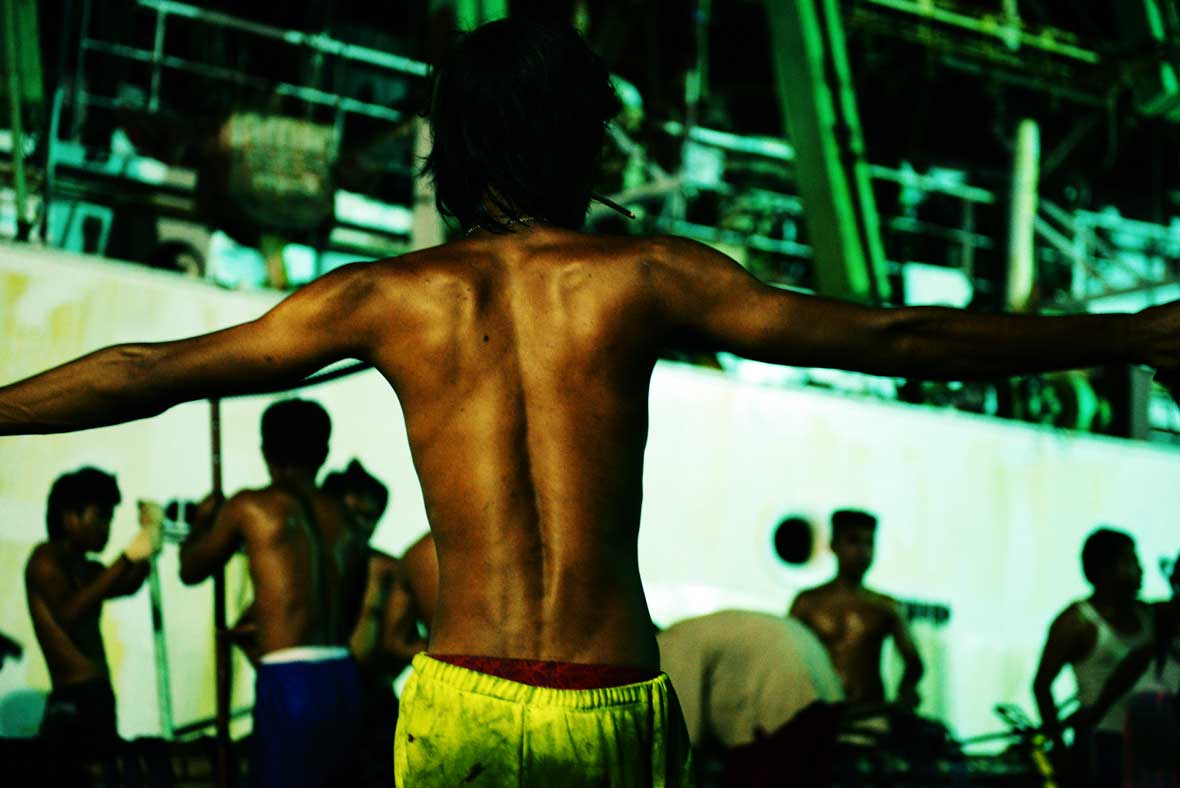 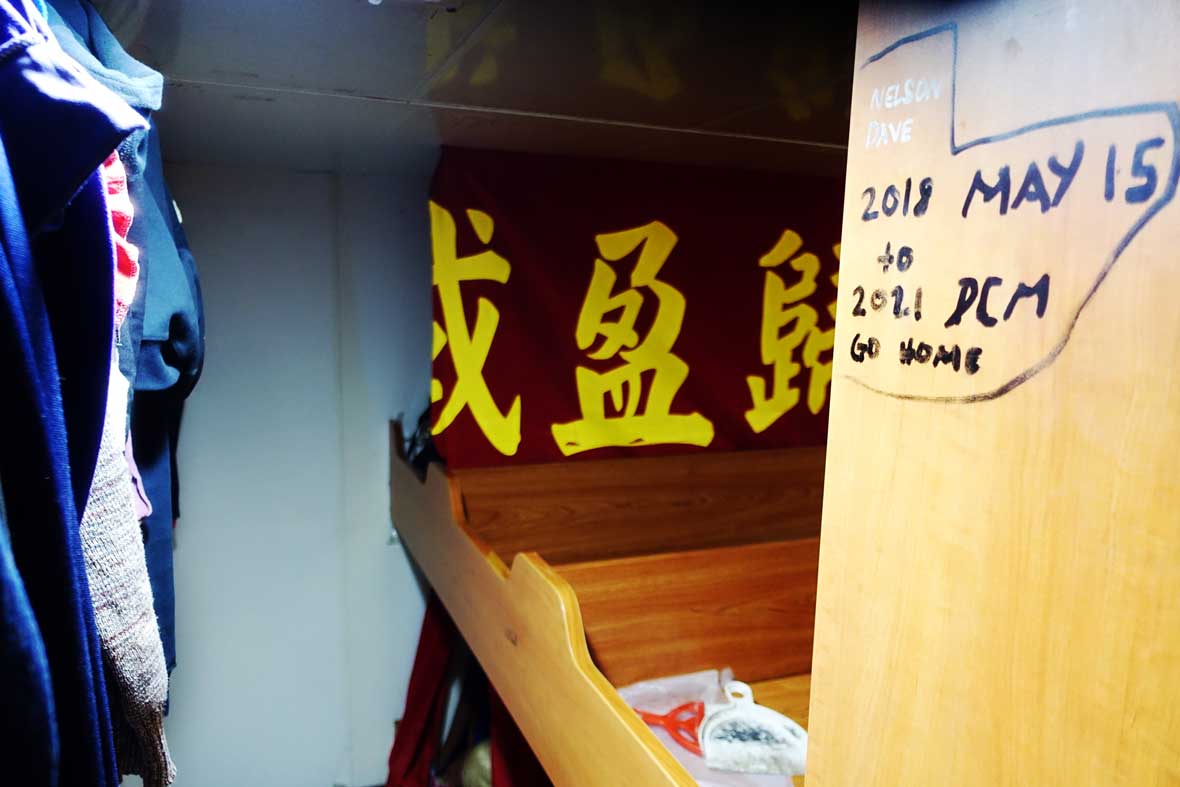 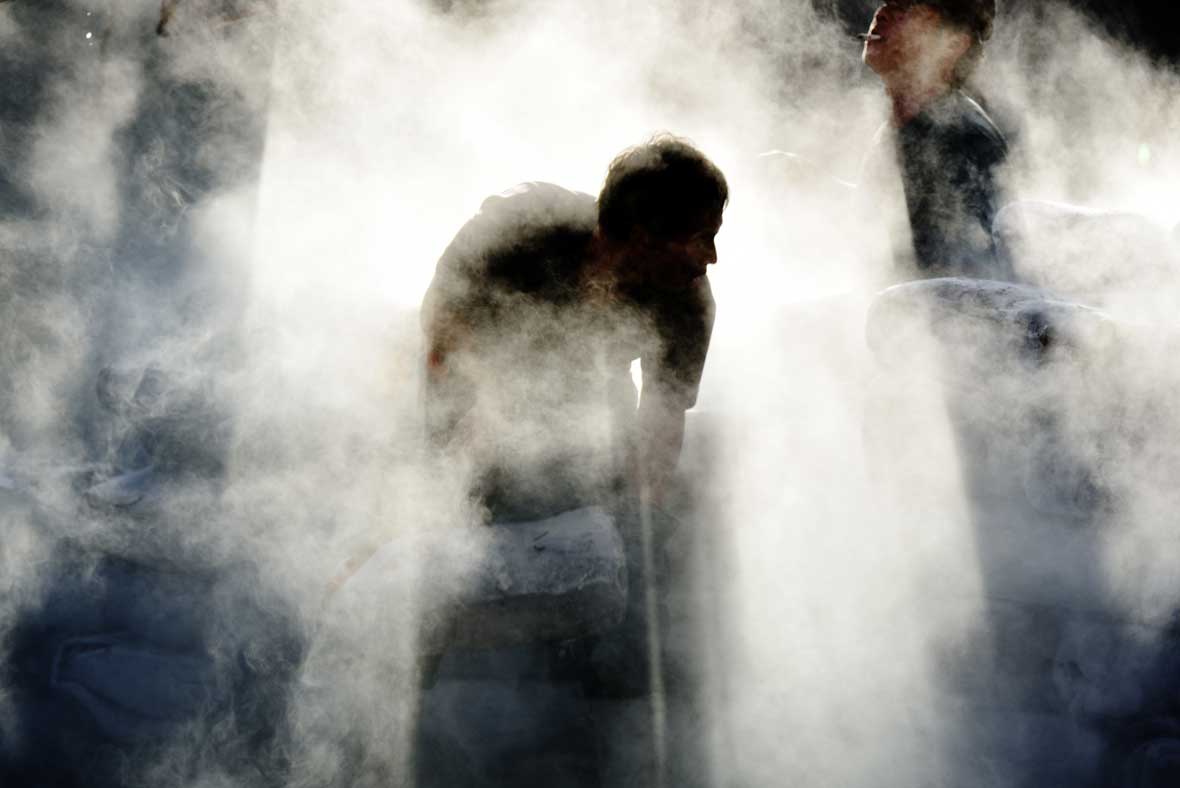